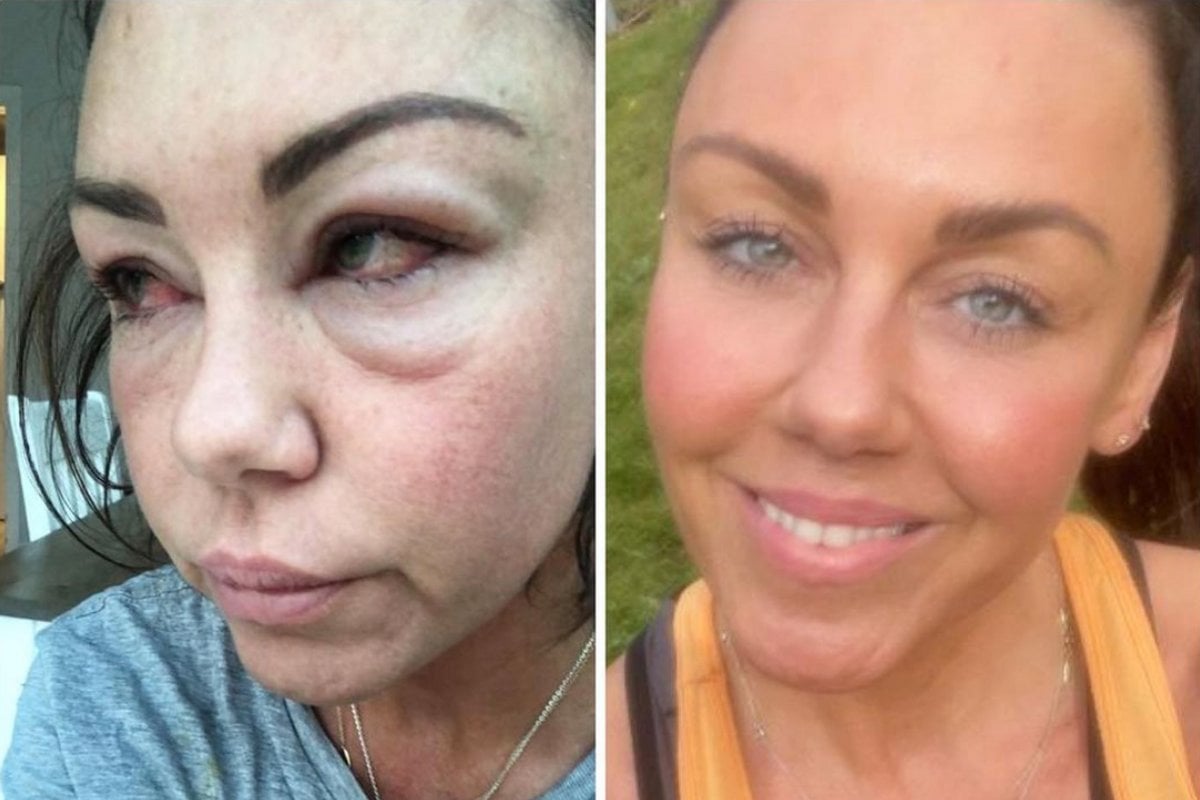 Losing a reality TV show was the best thing that ever happened to Michelle Heaton.

In 2001, Heaton, then 22, appeared on UK talent series, Popstars. While she failed to make it into the winning band, Hear Say, she joined forces with four other finalists to form another group, Liberty X.

While Hear Say faded into obscurity after a couple of hits, Liberty X scored seven top 10 singles, including 'Just a Little Bit' and 'Got to Have Your Love', and won two Brit awards.

Even after the group split in 2007, Heaton remained a media favourite, coming third in Celebrity Big Brother in 2009, and appearing on ITV series The Big Reunion in 2013, where she reunited with her bandmates to perform a series of gigs with other former pop bands.

Watch: Fiona O'Loughlin on the impacts of alcohol. Post continues after audio...

In the meantime, she met her now-husband, Irish businessman, Hugh Hanley, and had two children, a daughter, Faith, in 2012, and a son, Aaron, in 2014.

But over the years, Heaton was plagued by a series of health issues - and it was these health issues that set her on a path to an addiction that almost ended her life.

In 2015 she underwent a complete hysterectomy and oophorectomy to reduce her risk of developing ovarian cancer. 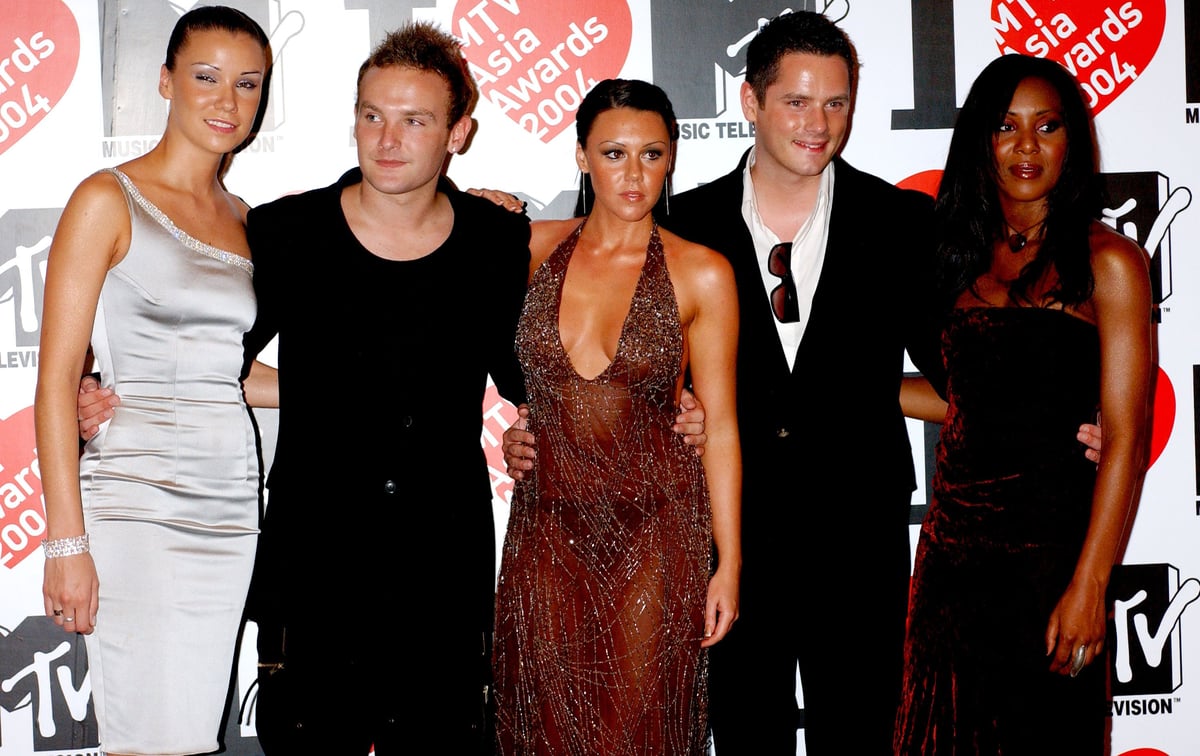 Afterwards, Heaton said: "The hysterectomy plunged me into early menopause [age 35]. On paper I’m not recognised as a woman, I have no womanly organs.

"Without the HRT I’m just a walking nothing. But I felt I had to live with that pain and suffering myself because I made that choice.

"I wasn’t allowed to cry or grieve or ask for help and I didn’t have therapy."

It was at this point that Heaton turned to drinks and drugs.

By 2018, this had escalated to her drinking a bottle of vodka and two bottles of wine, as well as taking a gram of cocaine, every single night.

"I would create arguments. Or I would find something to scream about so I could retire upstairs. That’s where the vodka was hidden. Hugh didn’t know about the extent of the vodka. I would drink wine with the family at dinner and then have my vodka upstairs," Heaton later shared with OK Magazine.

Heaton continued to struggle with her addiction in lockdown, where her cocaine use tapered off due to lack of access, but her drinking increased.

"I hadn’t washed properly, I was scruffy, I looked grey, and I didn’t care," she said.

“Last September I hit rock bottom with the alcohol and had excruciating pains. My doctor could feel my liver sticking out because I was so thin. I had scratch scars because liver issues make your skin itchy.”

But it wasn't until after a three-day bender in April 2021, that best friend Katie Price staged an intervention, taking her to the Priory for rehab.

Heaton later told The Sun: “I was shaking, and I was crying. I was intoxicated. Katie Price said, ‘Right, you’re going to The Priory’ … Over the next 48 hours my manager, Katie, my husband and my best friends did it all for me. When Katie, who’s been through the fire and come out the other end says, ‘You need this’, you sit up and listen.”

“What I was doing was a suicide mission,” Heaton later told The Sun. “I never actually thought, ‘I want to kill myself’, but ultimately I was killing myself. I was crying out for help when I couldn’t actually ask for help. But when you’re an addict, it feels like there’s no way out.”

At The Priory, Heaton was told that the level of GGT enzymes in the blood stands at 30 or less in a healthy liver, and that hers stood at 2,500. “They had never seen a girl come in who registered that high,” she said. "A therapist said to me 'we didn't know if you were going to make it.'"

She had been just days from death.

Thankfully, her four-week stay at the facility turned things around and Heaton is now 21 weeks sober. Recently she has opened up about some of the lows she suffered:

Last week, to mark National Sober Day, the star shared side-by-side images on Instagram - one taken in the depths of her addiction, alongside a recent snap.

"This picture is not to shock, it WAS my reality! 20 weeks ago this was me - Ruined - the second is me today - Saved, strong, happy and healthy."

Heaton has also spoken about feeling like a 'bad mother - the worst.'

“I never put them at risk in a physical way, but they saw me being sick and were worried about Mummy and wondering why she shouted. And my husband wondered if I’d be alive when he woke up," she told The Sun.

In September this year, Heaton appeared on chat show, Lorraine, and apologised to the host for being drunk during previous appearances:

"I wanted to say sorry to you before we begin, because there were times I drank before I sat on this sofa and you trusted me.

"And I did campaigns for you and I love you so much because you've always been there to support me. I just want to say I'm sorry."

Host, Lorraine Kelly, replied: "Don't be daft! You don't need to apologise to me or to anyone else.

"The easy path for you was to keep drinking, the hard thing was to say 'no I'm not doing to do this anymore, I've got an amazing husband, family and friends' and that takes real guts."

If this post has raised any issues for you about your drinking, please contact your general practitioner. If you're based in Australia, you can also contact Drug Aware, the 24-hour alcohol and drug support line. You can reach them on (08) 9442 5000 or 1800 198 024.