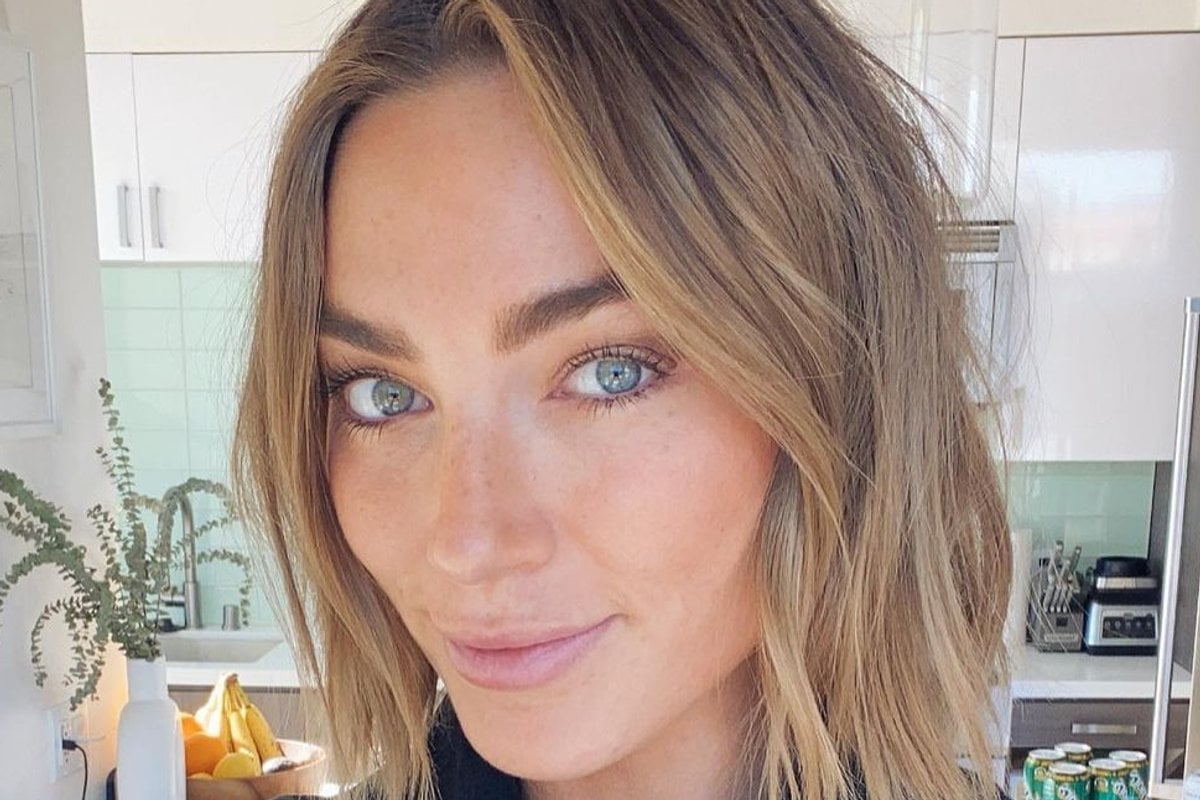 In 2019, Michelle Battersby received a direct message on Instagram from a troll.

It was nothing new – she's received a bunch of them – but this one in particular stuck with her.

"You shouldn't post pictures of yourself in a bikini on social media because you're a [Chief Marketing Officer]," the anonymous user told the entrepreneur and co-creator of Sunroom.

"At the time, it was the kind of message that made me think, maybe I shouldn't do that," Michelle recalled when speaking to Mamamia.

"I used to care more about what others thought of me online and that I had to play a certain role," she said. "So it made me hold back, and I stopped sharing my personal life, or that side of myself, online."

"But now I'm at a place where I have the complete opposite approach," she added.

In March 2022, Michelle tweeted in response to the troll.

Essentially, it was a f*** you to the comment they made: "A guy once told me I shouldn't post bikini pics on Instagram because I'm a CMO. I took his advice and yesterday posted my boobs on Sunroom."

A guy once told me I shouldn't post bikini pics on Instagram because I'm a CMO. I took his advice and yesterday posted my boobs on Sunroom.

Although Michelle's mindset has changed, the 31-year-old knows that concern she once had is still something a lot of women in professional roles grapple with.

Should I post a bikini photo online? What will my employer think?

It was something I asked my friends only a few weeks ago while on holiday.

When speaking over video call, Michelle and I both came to the same consensus: "Literally no one cares."

"I think it's just society has made us feel like everyone cares and we should care," she continued.

"I really don't want to go fully down in this, but that is the patriarchy. We have been made to feel that we need to conceal our femininity, our sensuality or our body, and it's up to us to gate keep that."

While society is progressing and people are becoming more accepting of women embracing their bodies – OnlyFans and Patreon have helped with that – Michelle knows there is still stigma.

Especially, when it comes to women sharing more (or technically, less) than just a bikini.

That's why she created Sunroom.

In case you aren't across it, Sunroom is the brainchild of Michelle and fellow Aussie entrepreneur, Lucy Mort.

It's an app where creators can monetize their content and be more raw and open, sharing things they wouldn't feel comfortable posting on public social media platforms – like talking about sex or breastfeeding, or posting their boobs because they want to.

And they get paid for it, Michelle pointed out.

"Now I've shown even more of myself than just myself in a bikini and guess what? Nothing happened," she said before adding: "I made money!"

When asked whether she faced judgement creating the app, Michelle said of course.

"Even when I spoke about the fact that I would love to post a topless photo of me just being silly, that definitely got a few judgmental eyes before," she said.

But she knows it's the only way we will rewrite this narrative.

"And I think if anyone judges what we're doing, I would really challenge them to think about where that judgement comes from," Michelle said.

If that wasn't enough to convince you to share a bikini photo: "Realise that there actually aren't consequences," Michelle added.

"And I [know] that's a big thing to say, [but] in today's society, having an online identity or a digital presence is so sought after. It can be such a huge advantage.

"So perhaps that's the answer."