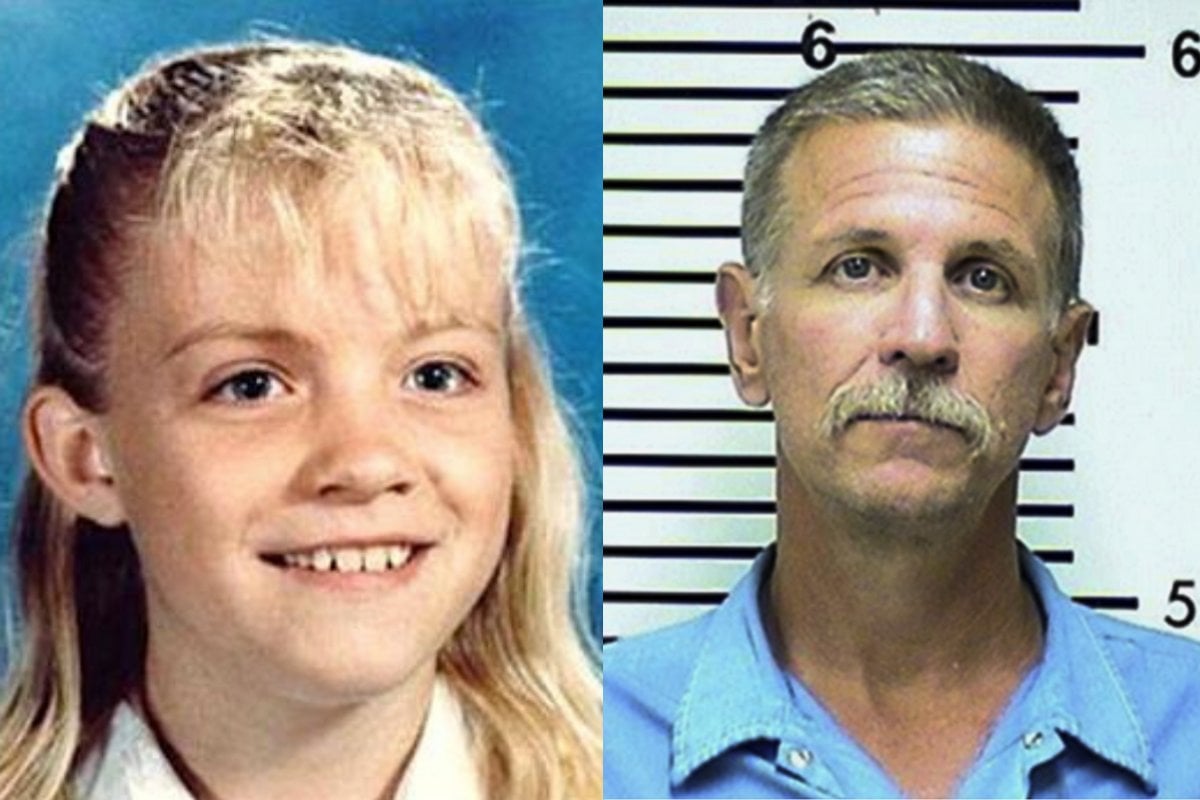 November 19, 1988, was a sunny Saturday morning, and nine-year-old Michaela Garecht asked her mum, Sharon Murch, if she could ride her scooter to the local store with her best friend, Katrina Rodriguez.

Sharon told her that she couldn’t go without someone older to keep an eye on her. But Michaela kept begging, and eventually her mum gave in. The store, Rainbow Grocery, was only two blocks away, in suburban Hayward, California.

“I love you, Mum,” Michaela said before she rode off.

“I love you too,” Sharon replied, as she watched Michaela ride away.

She would never see her again.

The two little girls rode to Rainbow Grocery, and left their scooters outside the door. They bought soft drinks and snacks. When they came out, Michaela saw her scooter had been moved, and it was now behind a car. She walked past the car to pick it up, and a man got out of the driver’s side.

“I looked up when I heard a scream, and I saw a man putting her into his car,” Katrina later remembered. “She was still screaming. I just stood and watched, frozen in shock.”

Katrina ran into the store and an employee immediately called 911. Other people had also seen the man in the parking lot. A description went out. He was tall and white, in his twenties, with long dirty-blond hair.

Police found some prints on the scooter, but beyond that, there were few clues.

Thousands of flyers with Michaela’s picture on them were plastered around the area. Her face appeared on milk cartons. Hers was the first missing-child case covered on America’s Most Wanted, and she was also featured on numerous other TV shows, including Unsolved Mysteries.

In the first year after Michaela’s disappearance, police received 5000 tips. None of them led anywhere.

Sharon followed up leads herself, in places as far away as Russia. She tied ribbons to the tree near where Michaela was kidnapped. She dropped in on the police, who had filled filing cabinets with information on the case.

“Every drawer was marked, not with a case number, but with a photograph of a little girl,” Sharon recalled recently. “My little girl.”

As the years passed, Sharon kept believing that Michaela would be found alive. A week before the little girl was abducted, she had written a poem.

Sharon took that poem as a kind of “prophecy or premonition”.

In 2009, Sharon heard the news that Jaycee Dugard had been found after having been abducted in 1991 at the age of 11. She had been held captive all those years, in California, by Phillip Garrido.

“And I leaped up yelling, ‘Oh, my God!’” Sharon told CNN. “I was, of course, joyful for Jaycee herself, but my first thought was, 'Please God, let Michaela be with her'.”

Sharon wasn’t the only person who thought of Michaela when Jaycee was found. Katrina, watching the news, thought Garrido looked like the man who had abducted her friend. The police contacted Sharon again, asking what Michaela had been wearing on the day she went missing.

But sadly, no link was made between Garrido and Michaela.

In 2013, Sharon’s hopes were raised again, when Amanda Berry, who’d been kidnapped in 2003, escaped with her six-year-old daughter from Ariel Castro’s house in Cleveland, Ohio. Two other girls, Michelle Knight and Gina DeJesus, had also been kidnapped and held captive by Castro for a decade.

Sharon thought that perhaps Michaela was in a similar situation to Amanda, with a child of her own.

“If Michaela is still alive and out there, I’d be surprised if she wasn't a mother herself,” Sharon told CNN at the time. “It’s quite possible being a mother might prevent her from breaking free and coming home. It’s the one thing I’ve thought of and can understand.”

In March 2018, a man named David Misch was charged with the cold case murder of two young women, Michelle Xavier and Jennifer Duey. The best friends had been sexually assaulted, stabbed and shot in Fremont, California, in 1986. DNA evidence linked Misch to the crime. Misch had been in jail since 1989 for killing another woman, Margaret Ball, of Hayward.

In December last year, following work carried out by the fingerprint examiner, Misch was charged over Michaela’s kidnapping and murder

“She was able to match Misch’s fingerprints to those on the scooter,” a statement from the police said. “Their ability now to compare prints has been significantly advanced through software, technology and science.”

"You always hope these things turn out differently than they do,” he said. “But for the family, I think this is a point of closure for them."

In a statement, Sharon said in the last year, she’d come to a place of accepting that Michaela was probably no longer alive.

“But somehow, that acceptance was far more wrapped up in the idea of Michaela sitting on fluffy pink clouds, walking streets of gold, dancing on grassy hills, soaring among the stars,” she added. “What I did not envision was my daughter as a dead child. It was only when I heard this news, that this vision of reality appeared, and I honestly have not figured out what to do with it.”

Last year, Sharon was diagnosed with metastatic breast cancer. She is currently receiving treatment, but says it is not curable.

“I love you forever, baby girl,” she wrote on her blog recently. “Rest well. I have some things to do here yet, but I will see you in the not terribly distant future.”