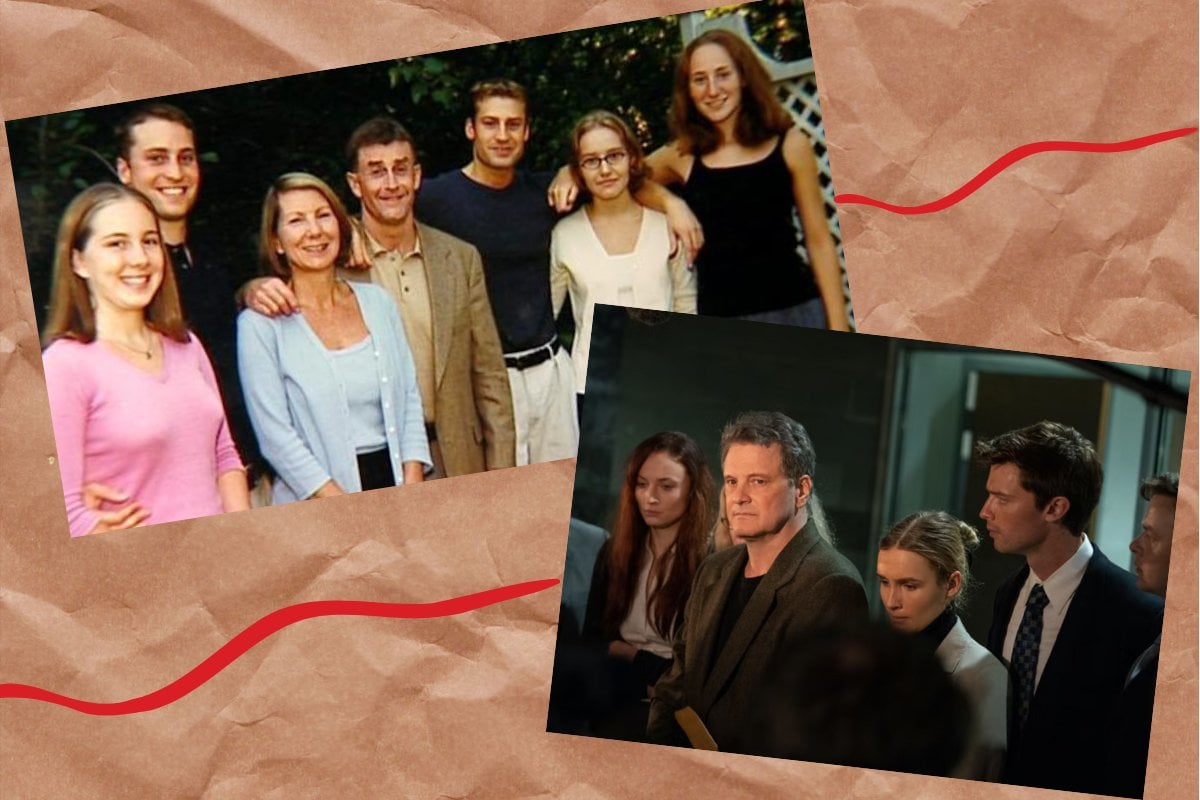 For the past week, viewers have been enthralled by The Staircase, a new mini-series on Binge.

Created by Antonio Campos, the series is based on a real crime case surrounding the death of North Carolina business executive Kathleen Peterson (played by Toni Colette). Her body was found at the bottom of a flight of stairs in her home in December 2001. Her crime novelist husband Michael Peterson (played by Colin Firth) was arrested and convicted for her murder, before the verdict fell apart.

What the series follows is the theories behind the case – because there are a lot of questions surrounding the death of Kathleen and what exactly happened to her. It also highlights the impact of her death and those left behind to pick up the pieces, including her children.

And now with the mini-series trending, the people at the centre of the criminal case are once again in the spotlight, as many have been wondering where they are now.

So, here's where Michael Peterson, his defence lawyer and his children are now.

Watch The Staircase official trailer on Binge. Post continues below.

The story behind The Staircase.

Kathleen and Michael had been married since the 1990s and had quite the blended family.

Michael had two sons – Todd and Clayton – from his first marriage. Kathleen had daughter Caitlin from her first marriage as well.

Kathleen then later became a mother figure for Margaret and Martha.

Listen to the latest episode of True Crime Conversations. Post continues after audio.

In December 2001, Michael claims to have found his wife Kathleen lying at the bottom of the stairs, dead in a pool of her own blood. Michael suggested she could have slipped because she had consumed a lot of alcohol and had a Valium that night.

He claimed her head was heavily lacerated and bruised also due to the nasty fall down the stairs of their palatial mansion located in Durham, North Carolina.

But there were suspicious circumstances surrounding her death. Namely, how did she have such serious lacerations and bruises as a result of falling down the stairs?

When Michael called 911 and first responders arrived at the scene, he soon became their number one suspect.

In October 2003, Michael was found guilty of the murder of his wife. He was sentenced to life in prison without the possibility of parole. 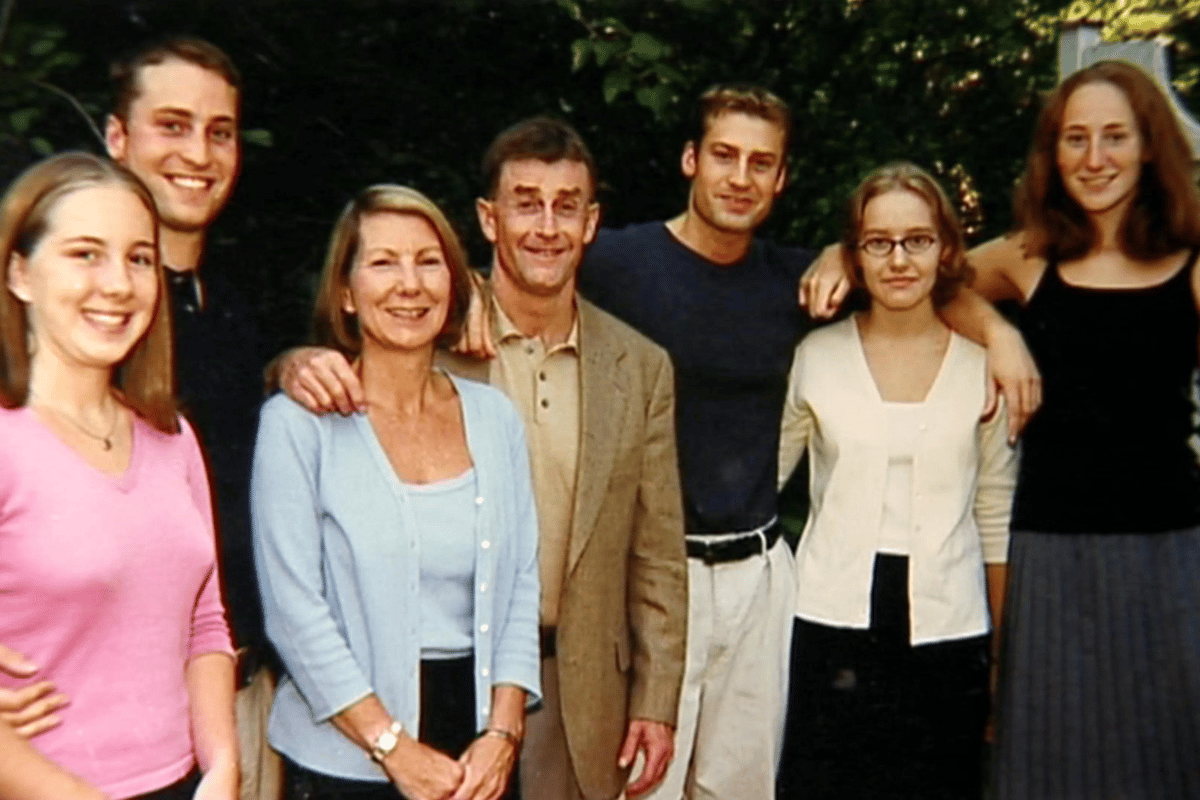 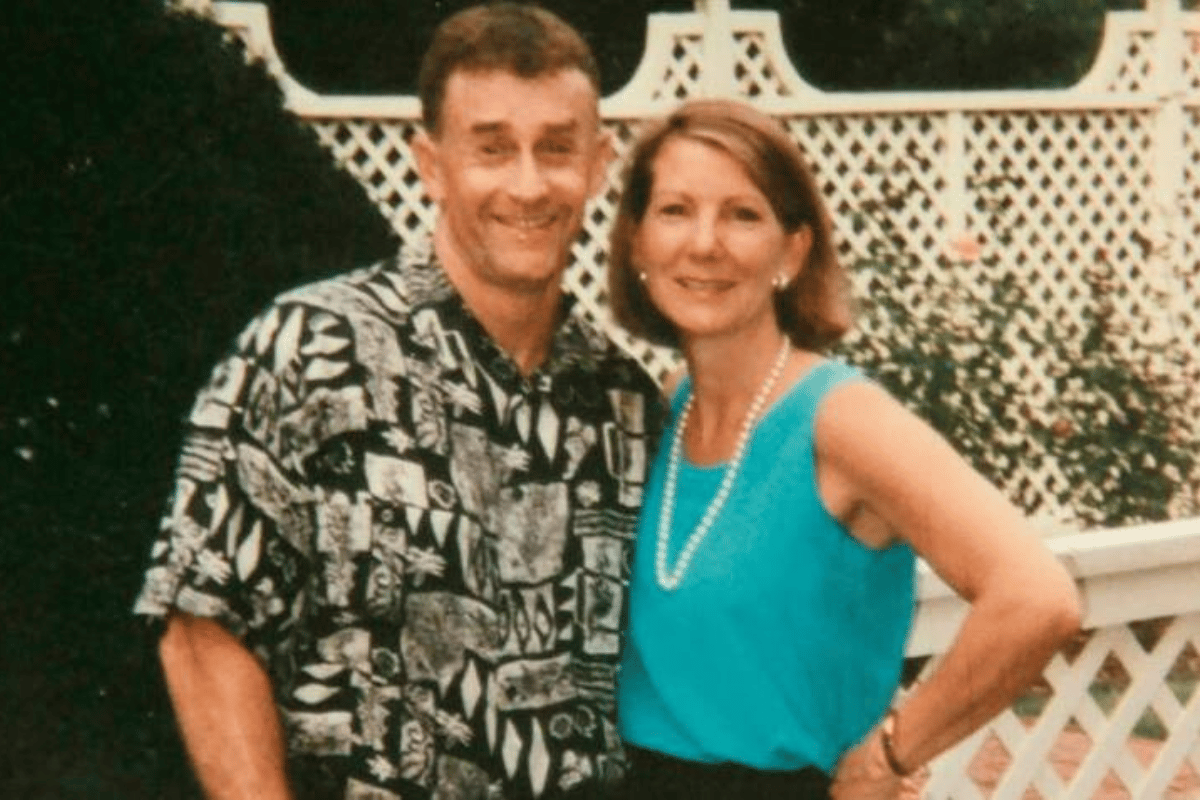 After being sentenced to prison for life, Michael spent eight years behind bars before a twist in the case arose.

The blood splatter expert that the prosecution had used – Duane Deaver – was found to have no training in forensics and had exaggerated his credentials on the stand. He was also found to have engaged in lab misconduct. So as a result, Deaver was fired in 2011.

It turns out that the jury in the trial had been split over Michael's guilt or innocence, and had relied on Deaver's blood splatter testimony to make a unanimous decision. So in 2011, Michael was given a new trial.

Later that year, he was released from the Durham County Jail on US$300,000 bail and placed under house arrest.

In 2017, Michael submitted an Alford plea to voluntary manslaughter. This essentially means the person accused of murder can admit that there's enough evidence to convict them, but not admit guilt for committing the crime.

Michael said his reasoning for doing this was to end the trials, rather than "putting his faith in the system again". He has maintained his innocence throughout.

"He does not feel that he got a fair trial," defence attorney David Rudolf said. "Based on the conduct of the law enforcement officers the first time around, and he is simply not willing to play again at what he perceives to be an unfair or crooked table." 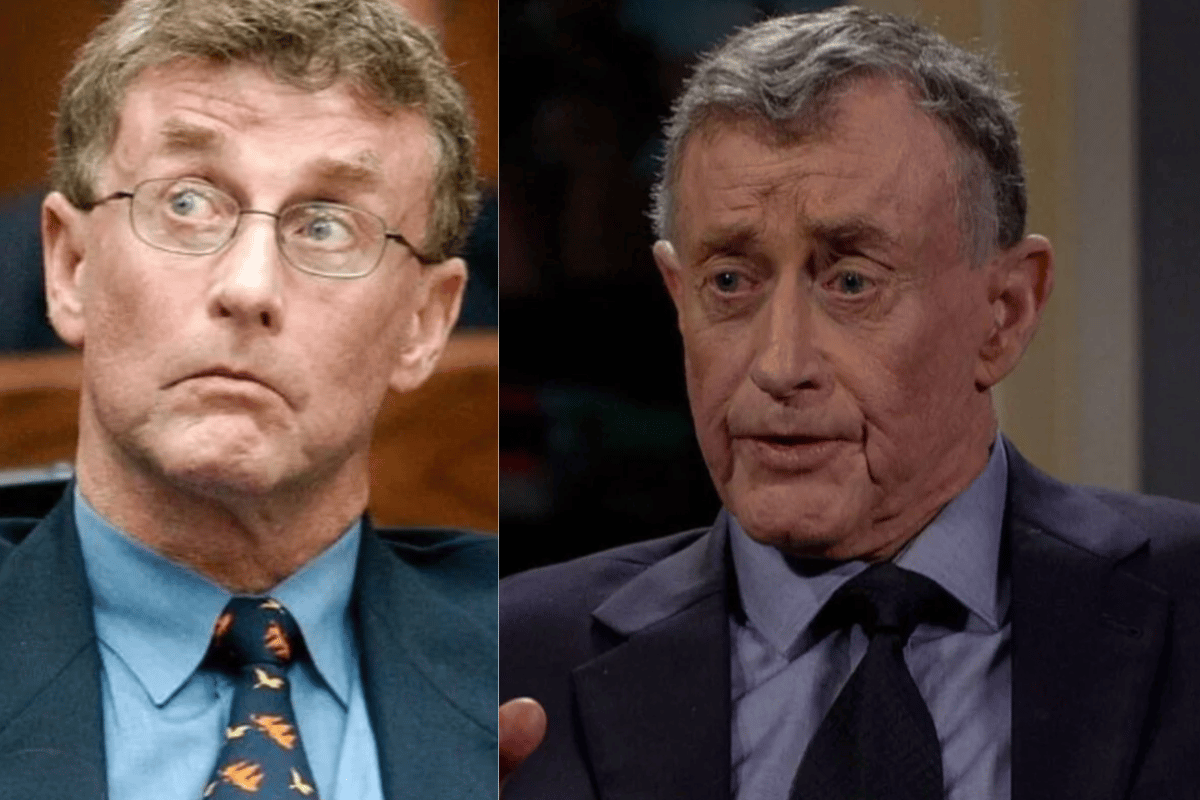 Michael Peterson in 2003 and 2019. Image: Netflix/The Doctor Phil Show.  "I don't see it as victory at all. It's the most difficult thing I've done in my life. You'll never win. Pick up your chips and go home," Michael told waiting media after submitting his Alford plea.

Michael has remained away from the spotlight since, other than a one-off interview with the Dr Phil show.

He still resides in Durham North Carolina. Michael has since sold the family house where Kathleen died, and is living in a "ground-floor apartment with no stairs" which his Defence Attorney David Rudolf said was really important to him.

Initially after his release, Michael moved in with his first wife Patricia – the mother of his two sons, Clayton and Todd.

Clayton told The News & Observer in 2021, that his parents looked after each other when Michael was released from prison and in need of support. Patricia had been there for Michael throughout the trial and believed his alleged innocence.

"They were companions," Clayton said. "They took care of each other."

Since his release, Peterson has resumed writing war novels, as well as two books about his trial, conviction and time in prison called Behind The Staircase and Beyond The Staircase. All profits went to charity as he cannot profit from his alleged crimes. 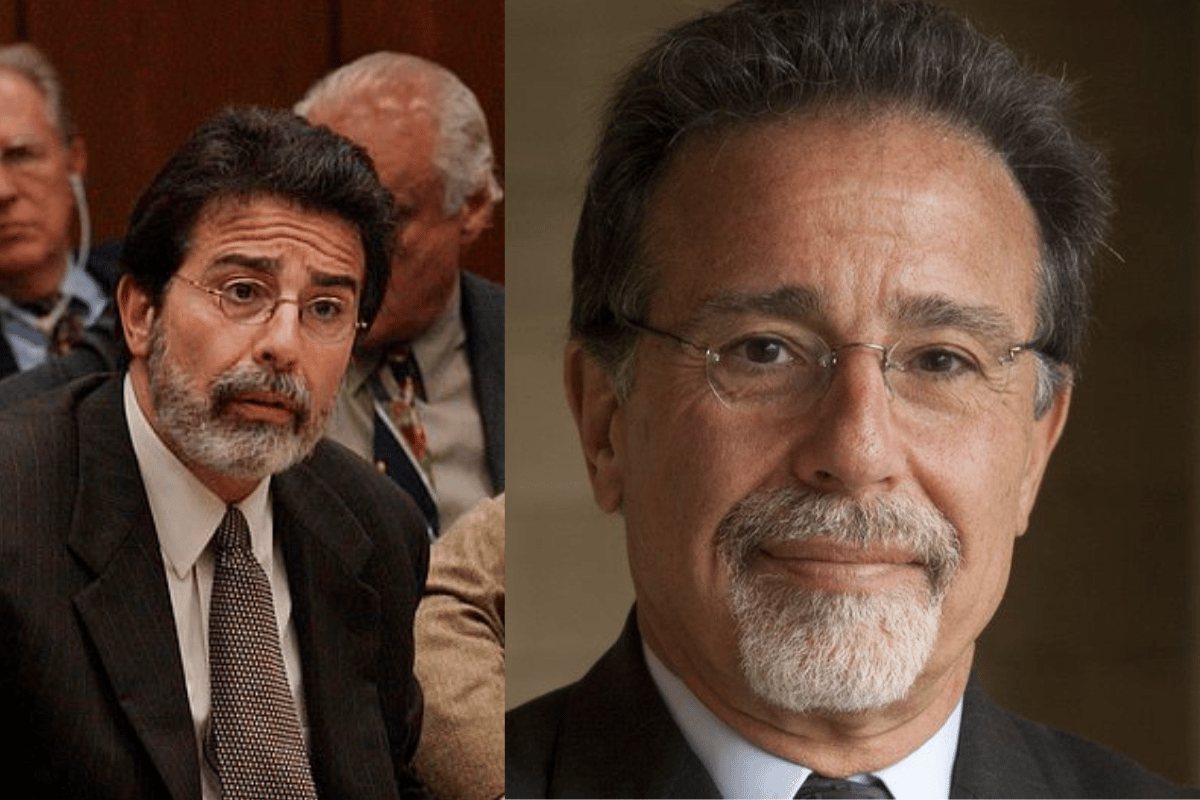 After Michael received the initial guilty verdict, Rudolf described it as a "really tough time in my life, on a personal level, dealing with that".

"The real emotional impact came after the verdict, and then it was really a deep depression for me," he said in a recent interview with the Charlotte Observer. "I mean, I've won trials since then, but it just makes you wonder, how did I miss it so badly in that one?"

Rudolf continues to run his own law firm.

Where are Michael and Kathleen's children now?

Caitlin Atwater, Kathleen's only biological child and Michael's stepdaughter, ended up siding with the prosecution during the trial.

And in 2007, Atwater filed a wrongful death civil lawsuit against Michael, for US$25 million.

The win was mostly symbolic, as Michael was unlikely to pay the sum as he didn't have the funds, despite being the administrator of Kathleen's wealthy estate. The exact sum paid to Caitlin remains confidential. 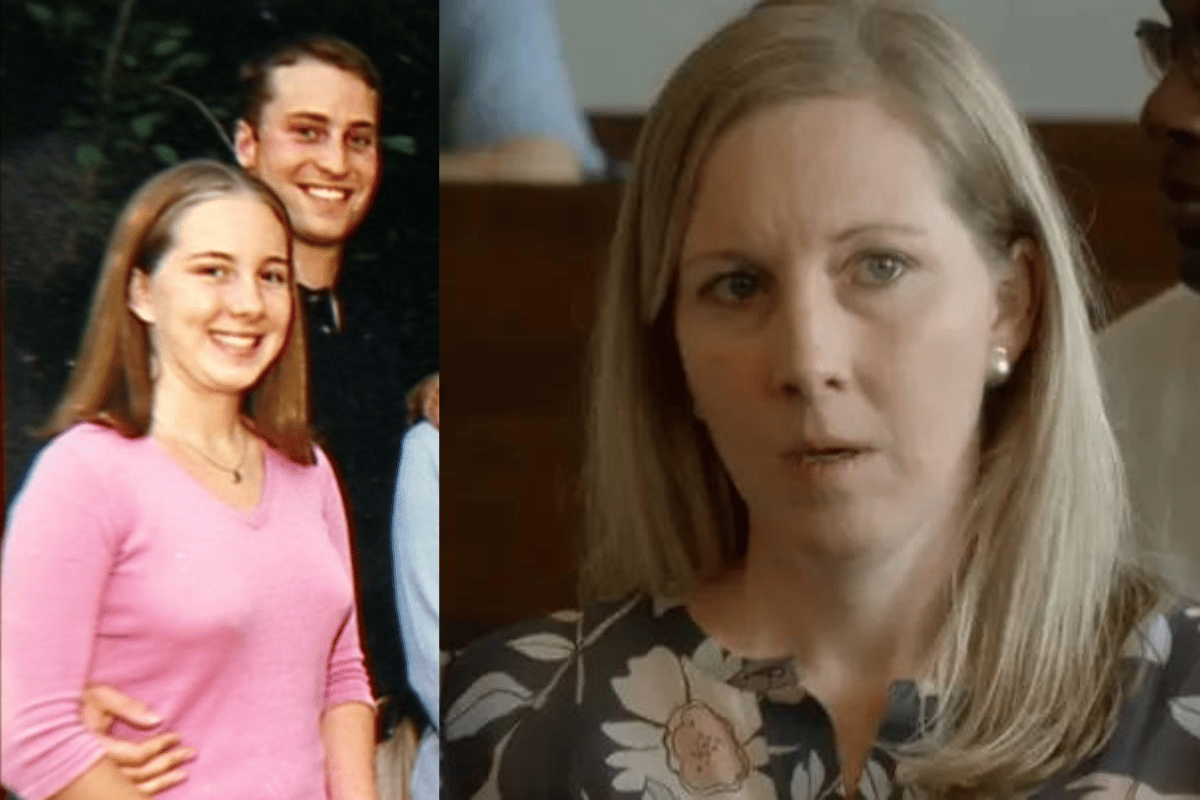 Caitlin Atwater in the 1990s and now. Image: Netflix.

In a statement at the time she said: "With this settlement, I believe that Michael Peterson is agreeing to an offer great enough to begin to speak to the value of my mother’s life and the loss I must continue to deal with. By entering into this agreement, I can only hope I’ll be able to put some of this behind me."

Today, Caitlin is married, has twins and lives in Northern Virginia with her husband.

Reflecting on the loss of her mum, Caitlin said in 2017 to Indy Week: "While there's no true closure that can ever come for an event like this, for a loss this deep, I was ready to walk away and start moving forward with my life. I'm trying to be my mother, there is so much of me channeling her."

Martha and Margaret Ratliff are Michael and Kathleen's adopted daughters.

When reflecting on what they've experienced, Martha said dealing with anxiety after the trial was difficult.

"I used to suffer a lot from really bad nightmares, I used to have really bad panic attacks in public spaces because of being in the trial."

Margaret now works in the entertainment and film industry in LA, and her sister Martha works as a psychotherapist in Utah. 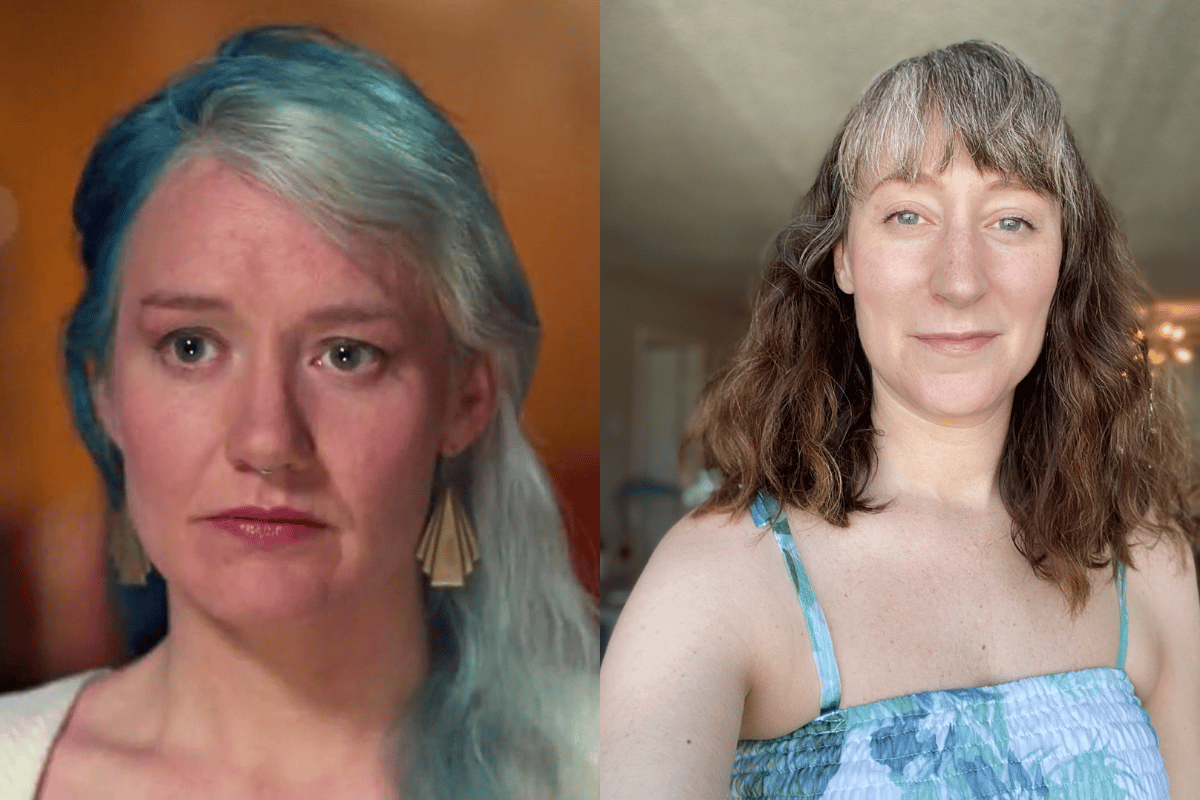 Martha on the left and Margaret on the right today. Image: NBC/IMDb.

Clayton and Todd Peterson – Michael's biological sons – have been the most public-facing out of the five siblings.

Clayton Peterson had his own struggles prior to the death of Kathleen, and had a troubling legal history.

As a 19-year-old at university, Clayton was arrested and charged for placing a small bomb in a campus office. It is reported that he had taken "careful steps" to prevent the device from detonating, rather allegedly using it to distract and divert attention "from his pursuit of a fake ID".

After receiving four years in federal prison, Clayton returned to university and graduated as valedictorian.

According to the Netflix documentary The Staircase, Clayton now resides in Maryland with his wife and two sons, working as an engineer.

As for Todd, he was the most vocal and public-facing of the siblings. Todd was there when Kathleen's body was tended to by emergency responders, and has sided with his father throughout the case.

After living in various places like Mexico and California, Todd now lives back in his hometown of Durham.

On his Instagram page, Todd lists himself as President and Founder of America Industries. He also uses the platform to promote his body building, gym fitness and "facelift" products and tools. 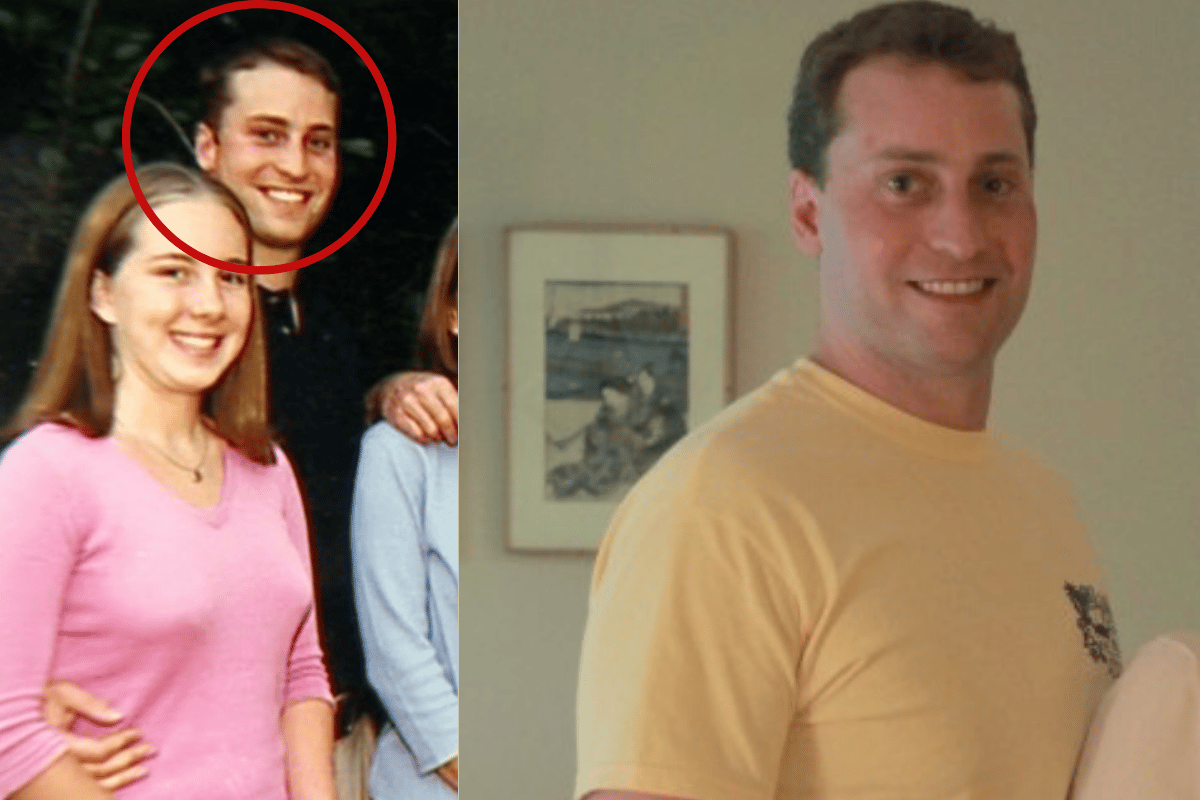 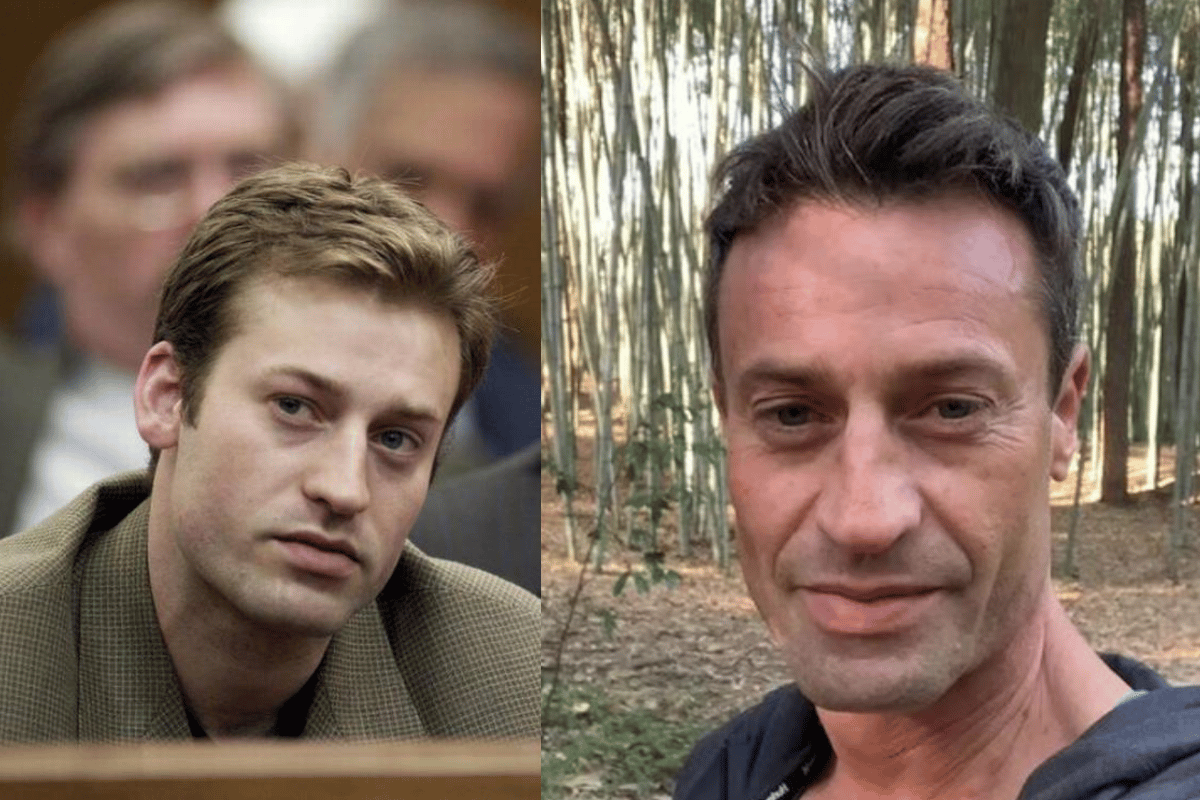