Eight years ago, Malaysia Airlines Flight 17 (MH17) was shot down from the sky by a Russian surface-to-air missile while flying over eastern Ukraine.

Contact with the Boeing 777-200ER, travelling from Amsterdam to Kuala Lumpur, was lost as it was about 50 kilometres from the Ukraine-Russian border. Its wreckage was found near the small village of Hrabove in eastern Ukraine’s Donetsk Oblast, 40 kilometres from Russia.

Everyone on board the plane died: There were 283 passengers and 15 crew, totalling 298 people.

Among those were at least 20 family groups and 80 passengers under the age of 18.

As well as 38 Australian citizens and permanent residents, there was one New Zealander, 193 Dutch, 43 Malaysians and 12 Indonesians aboard MH17, plus 10 British passengers. Other passengers were from Germany, Belgium, the Philippines and Canada.

And behind those large and shocking statistics are people. Real people, families and children.

Watch: The long pursuit of justice for victims of MH17. Story continues below.

On that MH17 flight, the cabin crew were known as the “flying mothers” by their Malaysia Airlines colleagues due to the route being popular with working parents.

It’s believed the crew would have been collecting meal trays from passengers after dinner when the aircraft was hit by a missile. The 11 female crew on the flight had 14 children, aged between two and 26 at the time, between them. For eight years, those 14 children have been without their mothers.

There was also Nick Norris, the 68-year-old grandfather who was travelling home to Australia from Europe with his three grandchildren: 12-year-old Mo, 10-year-old Evie, and 8-year-old Otis Maslin, leaving behind their parents Anthony and Rin Maslin who were staying on in Amsterdam for an extended holiday.

In June 2019, Anthony and Rin recalled the night they were woken up by a phone call to learn what had happened.

The world was struck by their strength.

"Tragedy can be a source of strength. Tragedy can teach you things that you never wanted to learn," Rin said on Australian Story. 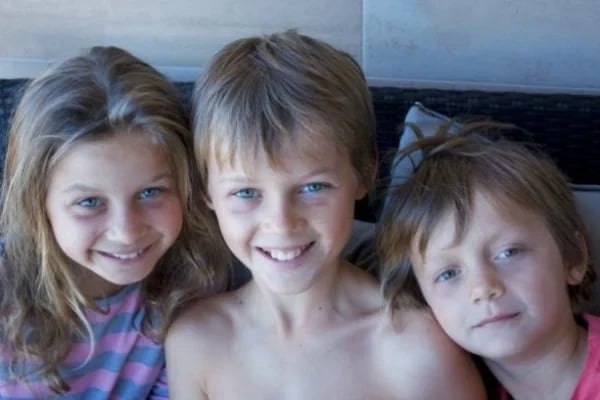 Many passengers were HIV and AIDS researchers, including President of International AIDS Society and father-of-five Joep Lange, HIV researchers Dr Lucie van Mens, Martine de Schutter, Pim de Kuijer and Jacqueline van Tongeren, as well as the World Health Organisation’s Glenn Thomas. They were on their way to the International AIDS Conference in Victoria.

On board was 37-year-old Dutch teacher Dafne Nieveen, who had just attended an education conference, and 27-year-old Melbourne woman Elaine Teoh and her boyfriend, Emiel Mahler, who were on their way to a wedding in Malaysia.

Sister Philomene Tiernan was on her way home from a European sabbatical from her job at Kincoppral-Rose Bay School in Sydney's east.

Forty-five-year-old Shaliza Dewal and her husband Hans Van Den Hende were travelling with their three children: 15-year-old Piers, 12-year-old Marnix and 8-year-old Margaux. They were looking forward to spending time in Kuala Lumpur before heading home to the western suburbs of Melbourne.

Gold Coast woman Helena Sidelik was returning from a holiday. So were Wollongong teachers Michael and Carol Clancy: They'd saved up and treated themselves to a three-week trip, with first-class tickets, to celebrate Michael's retirement.

Mother and grandmother Liliane Dernan, from the ACT, was described by a friend as "the best person in the world". 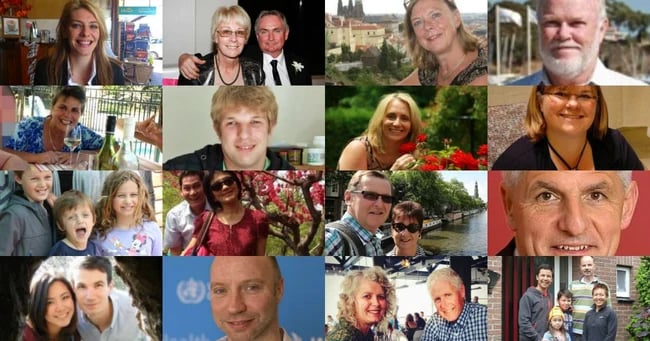 Some of the victims. Image: Supplied.

Liam Davison was an award-winning novelist who developed online training facilities at the Royal Australian and New Zealand College of Obstetricians and Gynaecologists. His wife Frankie was a teacher at Toorak College. In their memory, their family asked mourners to forego flowers, instead asking for donations to be sent to the Nepalese orphanage the couple volunteered at in 2011.

Wayne Baker and his wife Theresa had been married for 30 years. They never got to fulfil their plan to hit the road and travel around Australia once they arrived back from a six-week European getaway.

And there were more than 260 other people's stories on that flight.

Listen to Mamamia's The Quicky. Post continues after audio.

Then there are the stories of first responders who retrieved the bodies and authorities and investigators. There are the stories of families and friends who lost loved ones. Of students, whose teachers never returned to teach them and of colleagues, who would never again be able to grab coffee with their workmates. Plus so many more.

While 298 people were killed on MH17, eight years on their stories are not lost.

They are more than numbers.

As well as ensuring the people on board are not forgotten, authorities are still working for justice. In 2019, Dutch authorities identified Russians Igor Girkin, Sergey Dubinsky and Oleg Pulatov and Ukrainian Leonie Kharachenko as some of the people responsible for shooting down MH17.

They have been charged over the July 17, 2014 disaster. All four were officials in the pro-Russian Donetsk People’s Republic, which is fighting for 'independence' from Ukraine, and were allegedly responsible for the Buk missile launcher being brought into the area from Russia.

At the time, Australian Federal Police Assistant Commissioner Peter Crozier said investigators were still hunting for not only the crew of the Buk launcher that fired the missile but also the Russian government and military officials who allowed it to be sent to Ukraine. 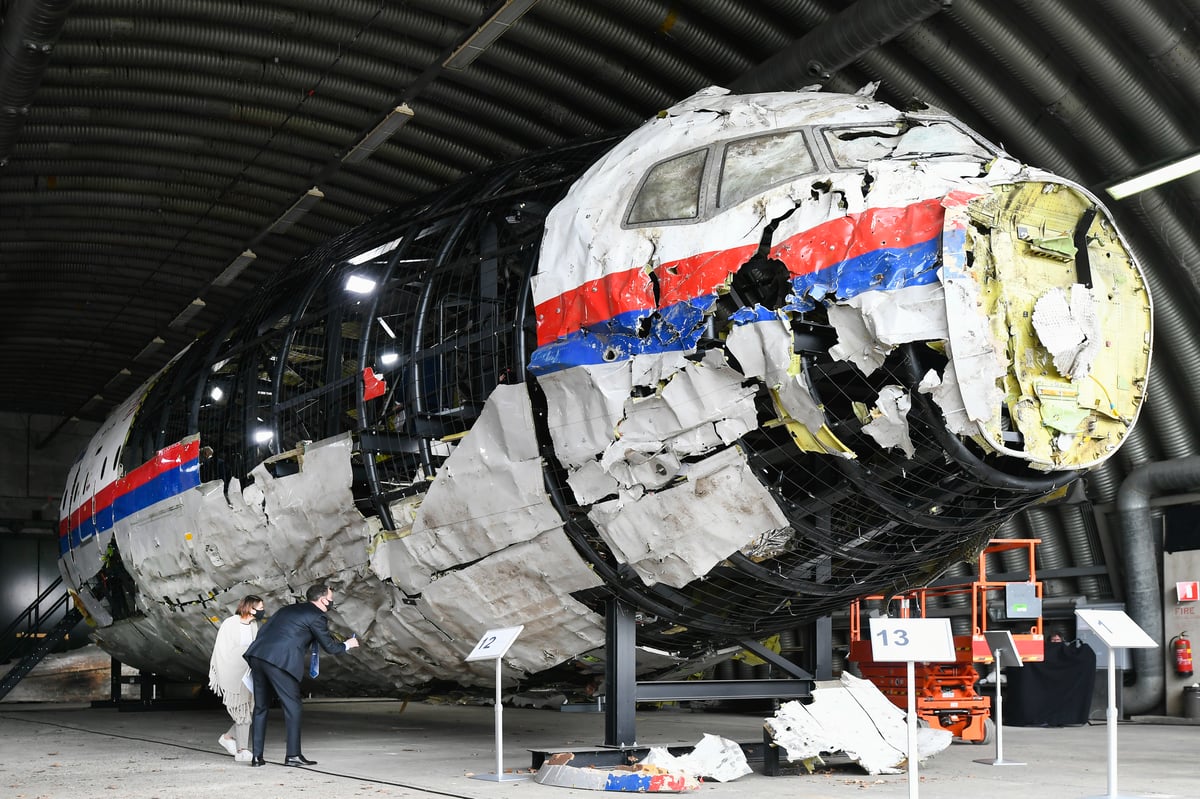 In March 2022, Australia and the Netherlands launched legal action against Russia over the downing of MH17.

At the time of the legal action's announcement, then-Prime Minister Scott Morrison said: "The Russian Federation's refusal to take responsibility for its role in the downing of Flight MH17 is unacceptable and the Australian government has always said that it will not exclude any legal options in our pursuit of justice."

It now comes amid Russia's invasion of Ukraine.

In Canberra over the weekend, protestors marked the anniversary outside the Russian embassy.

Memorial laid out in the formation of passenger seats outside the Russian embassy in Canberra, Australia #mh17 #stopputin pic.twitter.com/Z3hjrGZSaG

They put out 298 chairs, many with children's toys to mark the sheer number of victims, including children. Bereaved family members were also in attendance at the makeshift memorial.

"We will continue to investigate as new leads, as new opportunities appear we will follow those," the Australian Federal Police Assistant Commissioner Peter Crozier told AAP.

"Australia will be involved until there are no further opportunities for us to be involved. Through the investigation and the prosecution we will stay the course. One of the key things for us is not to lose sight of why we are doing this and this is about those 298 people, this is about all those families that are affected by this."

Putin is a real gangster. He is the primary culprit. He wants the russian "lost territories" from the ussr days back.

Yes, and I suspect we will start to see some action on that front. They've been skirting around the edges for awhile now. But with America's isolationist policies, Brexit and the EU looking shaky, I think things will probably start to happen. Last year they lined the Lithuanian border with Nuclear capable weapons, what next?