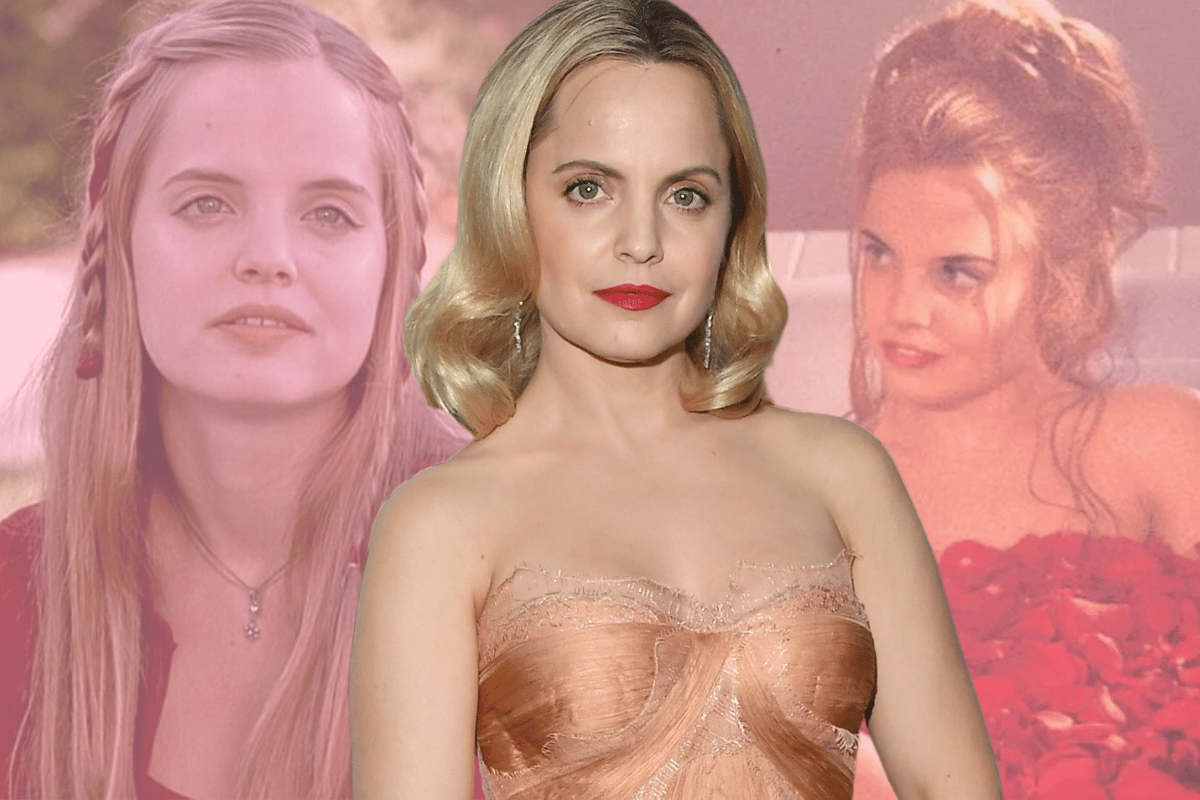 Content warning: This story includes descriptions of sexual assault that may be distressing to some readers.

When Mena Suvari played the teenage temptress in American Beauty, writhing in rose petals, she was already addicted to crystal meth. She had turned to drugs after being raped.

"I never was all right again," Suvari shared in her 2021 memoir The Great Peace.

Suvari was in the spotlight from a young age. She started modelling when she was just seven, appearing in TV commercials. She told the Daily Mail in 2012 that working and travelling as a child made her "grow up quickly".

"But even so, I was enjoying what I was doing," she insisted.

When Suvari was 12, she was raped by her adult brother's friend. She begged him to stop, but he ignored her.

"It feels strange when I experience second-guessing myself when I would like to choose the word 'rape'," she wrote in her memoir. "Because I didn't end up in the hospital. I didn't end up unconscious. But isn't just that I said 'no' enough?"

Watch Women and Violence: The Hidden Numbers. Post continues below.

Struggling to deal with feelings of shame and worthlessness, she got drunk for the first time, and, after that, started dabbling in drugs to "numb myself from the pain".

"Alcohol. Pot. Coke. Crystal meth. Acid. Ecstasy. Mushrooms. Mescaline. It was my way of detaching from the hell of my existence – and surviving."

She was using drugs when she was in high school, sometimes even in the school toilets. At the same time, her career was starting to take off. She was signed to Wilhelmina Models, even though she knew there was no way she was "even going to make Kate Moss height", and her family moved to Los Angeles to give her more opportunities.

Suvari won roles in TV series including ER and Boy Meets World. But still using meth, she fell into a relationship with a guy she met at a rave, who was nine years older than her.

In her memoir, she calls him "the devil himself". She says she slept on a dirty mattress on the floor, and submitted to his demands for "kinky threesomes" at least three or four times a week, ending up with herpes from one of them.

It took Suvari years to gather the strength to leave.

She was still in the relationship when she filmed American Beauty, the 1999 movie that would make her a star. In the movie, she plays the teenage friend of Lester Burnham's (Kevin Spacey) daughter. Lester becomes infatuated with her.

In her memoir, Suvari says Spacey prepared her for an intimate scene by taking her into a small room with a bed and lying next to her, facing her, as he held her.

"Lying there with Kevin was strange and eerie but also calm and peaceful, and as for his gentle caresses, I was so used to being open and eager for affection that it felt good to just be touched."

American Pie, released the same year as American Beauty, cemented Suvari's star status. But the teen sex comedy, where she played innocent choirgirl Heather to Chris Klein's Oz, was nothing like her personal experiences.

"I don't know what it's like to be like, 'Hey, we are Heather and Oz. And we've known each other for however long and we're going to decide to lose our virginity to one another,'" Suvari told Jezebel. 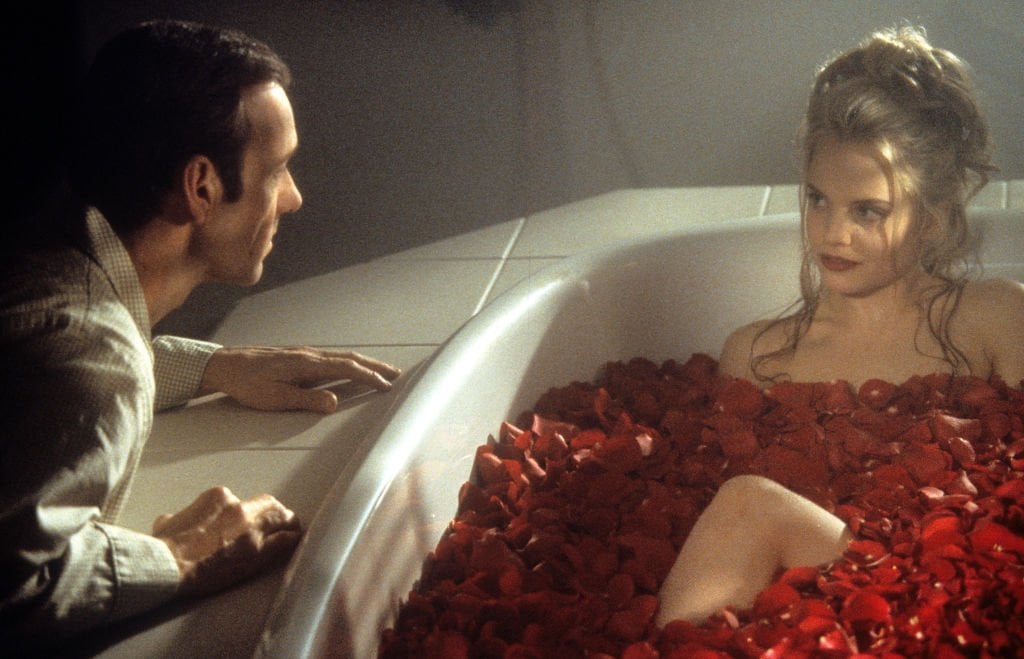 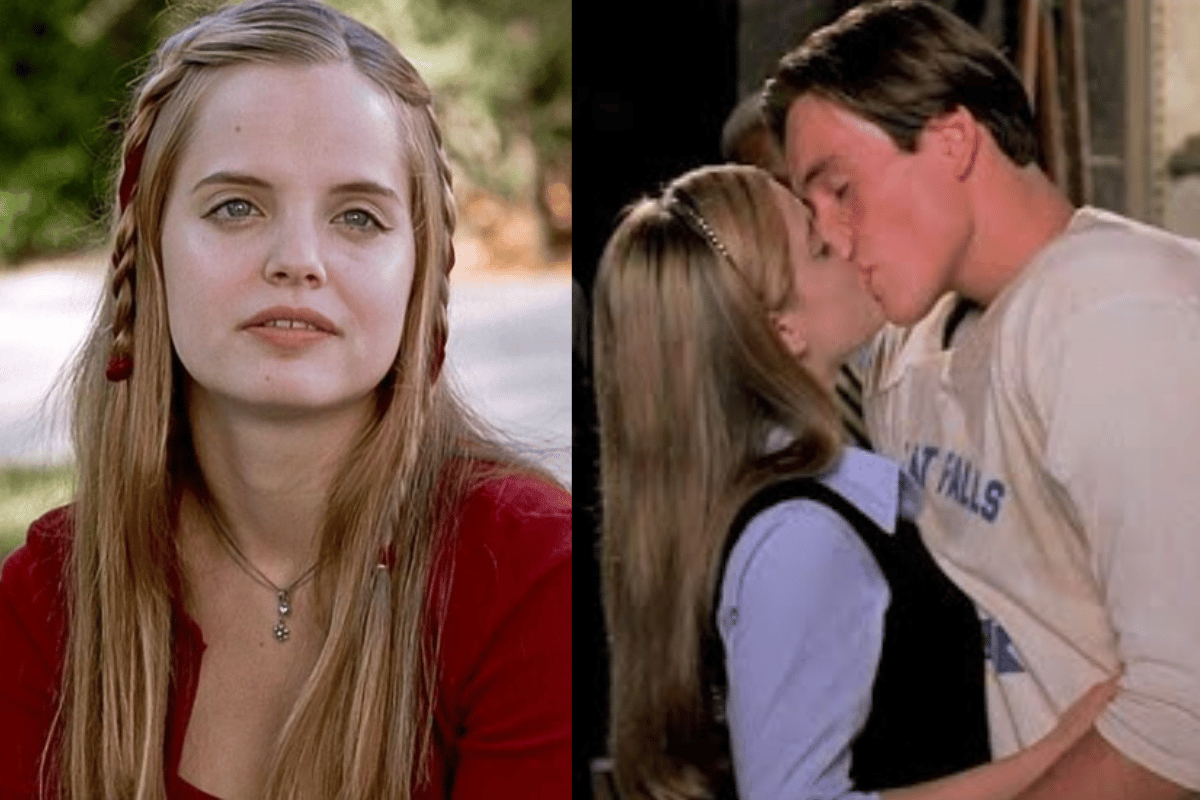 Mena Suvari in American Pie. Image: Universal Pictures. "I didn't know any of that. It was always around a negative, horrible, painful, shameful context."

To cope, Suvari "disconnected", splitting her professional self from her real self.

"The thing is, I just lived in such shame and then what was communicated to me is that I was seemingly perfect. I was iconic, right? Talk about a mindf**k."

When she was 21, Suvari married Robert Brinkmann, a cinematographer who was 17 years her senior. They divorced five years later. Her next marriage was to concert promoter Simon Sestito. A year and a half later, she filed for divorce.

"Honestly, I never thought that at 33 I’d be a two-time divorcee," she told the Daily Mail. "But okay, if that's the path my life is going down, then I accept it."

With one of her exes, Suvari said it was an incredibly toxic relationship, that twisted her perspective on sex. Reflecting on the toxicity, Suvari told The Guardian: "It was a huge eye-opener for me, how I was being manipulated and I had no idea. The circumstances had been created for me, and I was just swallowed up by it."

She also said in that relationship, threesomes were forced upon her.

"I've never wanted to speak negatively about things that can be very healthy for other people. I was not given the choice or the permission to do it, and that's what was so destructive for me," she said of threesomes.

She also said that it still "weighs on me" that she "never got the opportunity to discover myself in that way" sexually, given the abuse she has experienced. Ultimately, sharing her story has been "bittersweet".

"It felt beautiful to feel seen and heard, but it was heartbreaking to hear that others had identified in similar ways. I didn't want that for them, but overall I feel very proud. I always hoped that could help create some kind of change and initiate further conversation."

In 2016, when starring opposite James Brolin in the Hallmark movie I'll Be Home For Christmas, Suvari met Michael Hope, who was working in the art department. They started dating.

"He's a really great guy," she told Us Weekly. "I got me a Canadian. Old school, really considerate, old-fashioned. I'm like, 'Who are you?'"

"It was very beautiful," Suvari said. "I had my closest friends with me. It was very meaningful. After all these years, sort of having ups and downs, it's very nice just being settled, especially at this point in my life."

Last year, at the age of 41, she fell pregnant. Her son Christopher was born in April 2021.

"It truly feels like the most important thing that I will ever do in my life," she told ET. "Like, nothing else matters."

Suvari says she was inspired to tell her story after rediscovering her teenage writings – which detailed her desire to run away and block all the hardship she had endured.

"I felt completely compelled to finally talk, I felt like I needed to just breathe and I was tired of fighting, running, playing, acting," she told USA Today. "It just felt better to me to live my life authentically."

She says the #MeToo movement was also an inspiration.

If this post brings up any issues for you, or if you just feel like you need to speak to someone, please call 1800 RESPECT (1800 737 732) - the national sexual assault, domestic and family violence counselling service. It doesn’t matter where you live, they will take your call and, if need be, refer you to a service closer to home.