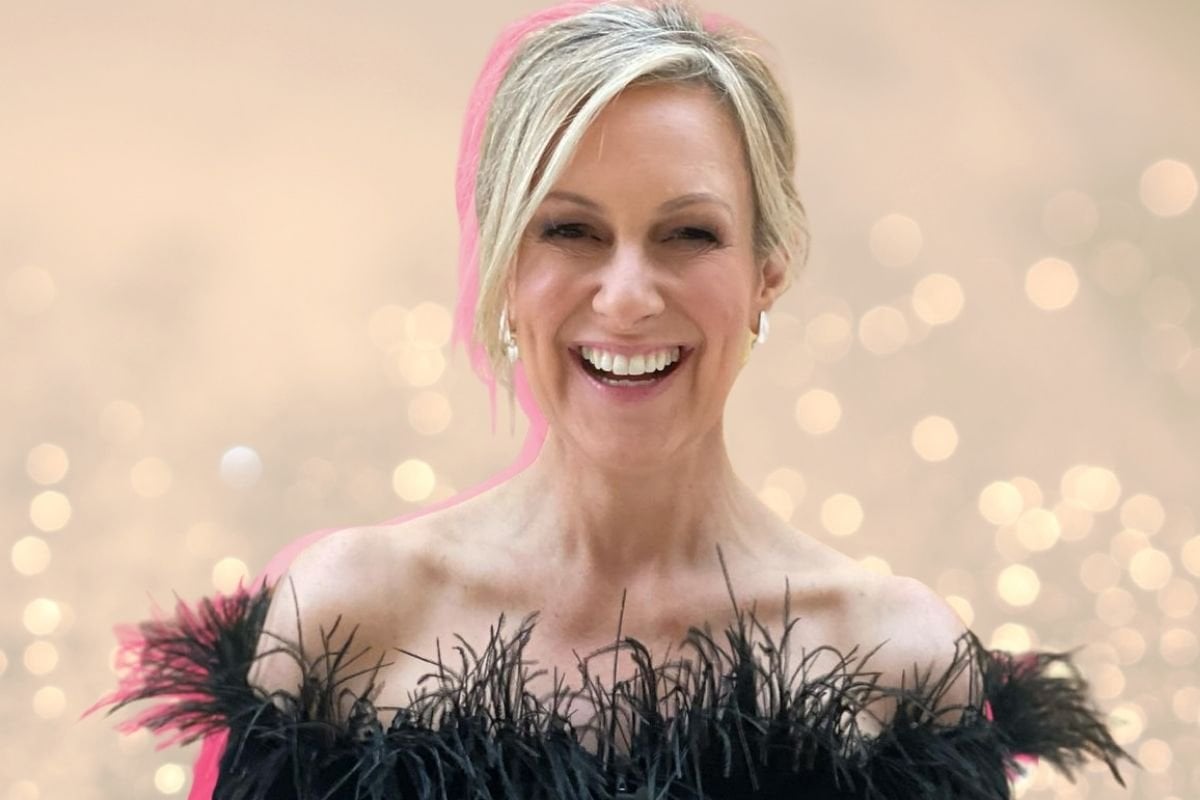 Melissa Doyle wants to have a word with you about ageing. Yes, you - please sit.

After turning 51 this year, the television presenter - who has hosted a string of shows such as Today Tonight, Sunrise, 7NEWS and Sunday Night - wants to shine the light on all the women out there who feel like they simply don't exist. All because of their age.

Because in the lead up to her milestone birthday last year, the media icon realised there was a part of her that felt unsettled. Uncertain. Bewildered.

She didn't want to accept all the messages she, and so many other women, were receiving about growing older.

Watch: Do we need a new word for 'middle-aged'? Post continues below.

"When you have a milestone birthday coming up - whether it's 21, 40 or 50 - everyone asks, "Well, how do you feel about turning 50? And I wasn't really feeling anything. I hadn't really thought about it. I didn't feel any different to how I felt at 49," Doyle tells Mamamia.

"It started this conversation around what it is about getting older that people feel they need to start asking if you're okay. A lot of different things were associated with this - like, why do we have different perceptions of women? Why does age change how we think about ourselves? Or how others see us as we get older?"

After stepping away from Channel 7 at the end of last year, Doyle is working on some new projects - among them a podcast series called Age Against the Machine.

Here, Doyle and her co-host Naima Brown examine what it means to get older as a woman by exploring themes such as beauty, dating and careers.

"I decided to start exploring this whole area, and one of the words that kept coming up was 'invisibility'. So many women feel as they get older they are invisible."

"Whether it's because they no longer feel young and pretty or because they're no longer seen as a value in the workplace, whether their role at home has changed - whatever it might be. And we wanted to know, why does this happen to women?"

Doyle tells Mamamia as you get older there can be a juggling act between your own needs and the needs of those around you.

"We're in that space right now. Our son moved out last year and we've got a daughter in year 12 - but how do you make sure you embrace it and grab it all? It's a really interesting phase."

"They call it the 'sandwich generation' - you're still guiding teenage children into their next phase of life, but also now we're looking after our parents who are getting a little older. You suddenly realise that you need to be looking after them as much as you've been looking after your kids," said Doyle.

Listen: The problem with women in their thirties. Post continues below.

And that's not even the half of it, friends. Life over 50 means you also have to somehow navigate your professional life and the societal pressures that come with it - which are not only unrealistic, but unsustainable.

Working in the television industry for over 25 years, it's safe to say Doyle has experienced her fair share of pressure and expectations.

"I think for the most part the pressure comes from two places. One, primarily yourself. I think it's a case of a bit of self-pride. I'm not going to walk out of the house not washing my hair after three days and wearing my trackie pants - that's just kind of not who I am."

"We need to support one another. Let's not make someone's look the first thing you comment on when someone is getting older," said Doyle. "Why do we make that such a focal point? Let's park that."

Here's everything Melissa Doyle wants you to know about making your 50s as powerful as they can be:

1. Focus on the important stuff.

While there's nothing wrong with looking after your skin, Doyle said these days she worries less about the laugh lines around her eyes and instead tries to embrace the stuff that really matters. Stuff that will actually make a difference.

"Yeah, you get a few wrinkles as you get older, yes you get a few little 'arctic blondes' (as my hairdresser calls them) - but that happens - big deal! It's natural. Everyone goes through it," said Doyle.

As Doyle tells Mamamia, your 50s is the time to slow it all down and focus on what's really important. What she's found is that all those things that might've worried her in the past, aren't really such a big deal these days.

3. Be okay with trying new things.

Another thing Doyle has found to be important in this phase of her life, is being okay with taking risks and trying new things - something she's struggled with in the past.

"We speak to Julia Morris on Age Against the Machine, and she shares the most wonderful piece of advice that had been given to her when she was young and starting out as an actress and a comedian."

"Magda Szubanski told her: "You've got your place on the bus, you've got your seat - now relax." There's that sense of enjoying it - you've done all the hard work and now you're here. I think getting older is a little bit similar - you need to enjoy it. You need to try new things."

"I don't know why we get older and get scared of doing stuff? I think remembering to tap into that within ourselves is so important."

One of the things Doyle said she's loved about getting older is the confidence she's gained in believing in herself and being able to make big decisions her younger self would've shied away from.

"For me - I don't think I hit my stride until my 30s. I was a probably a bit incompetent - I mean I knew what I could do, and I knew where I was at job wise, but believing it is quite different."

"To know you can do it and to have that self-belief that this is what I can do and owning that power. As I've gotten older, I've recognised that more and more.