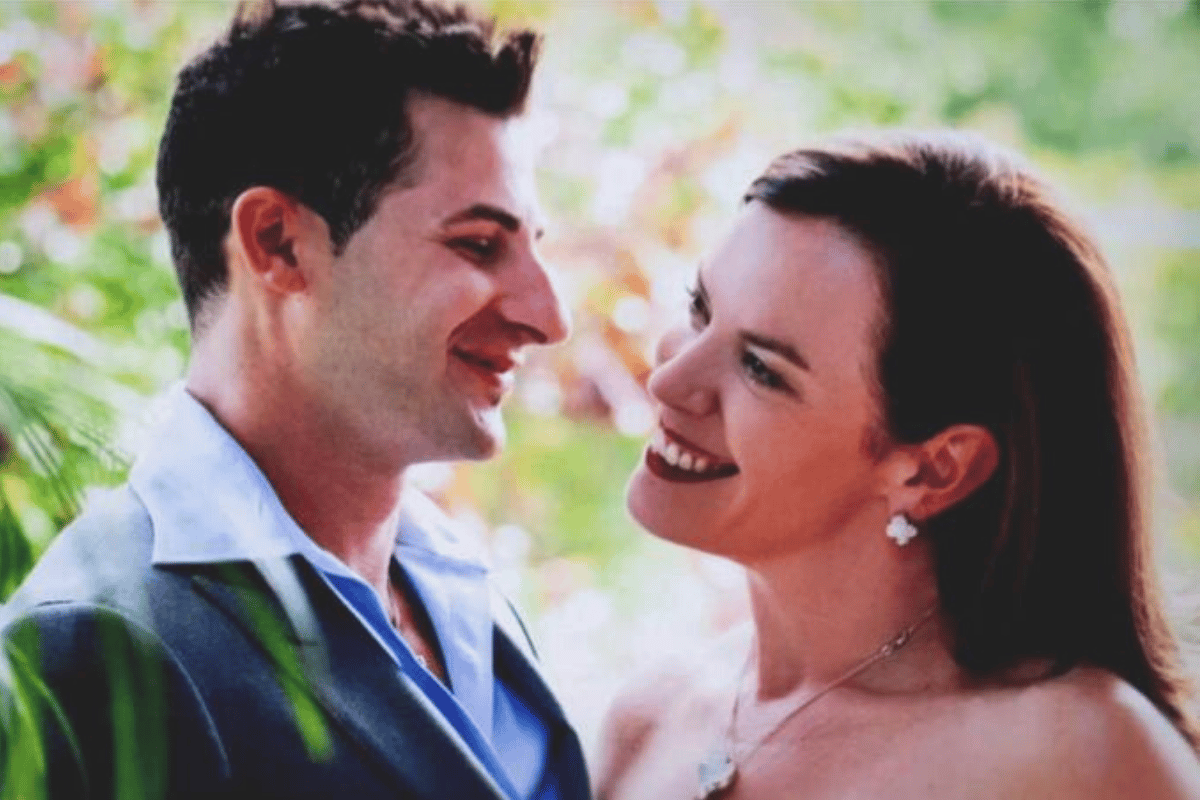 Melissa Caddick was a 49-year-old from Sydney's eastern suburbs, living a life of luxury.

Behind the scenes, she was also a con artist who, through an elaborate ponzi scheme was able to defraud countless people, the sum totalling $23 million.

Before she was caught by ASIC, she had lived quite the life. Caddick had previously been married to her first husband, and they lived in England with their son. Years into the marriage, Caddick embarked on an affair with her hairdresser - a man named Anthony Koletti, 11 years her junior.

When her first husband caught wind of the affair, the marriage was over, and Caddick returned to Australia in 2012 with her six-year-old son and embarked on a new relationship with Koletti.

When the pair wed on New Year's Eve in 2013, it was a spectacular occasion. The champagne was flowing. Caddick had three outfit changes. And their nearest and dearest were all in attendance.

But it was all paid for with stolen money.

Stolen money which belonged to their wedding guests, according to journalist Kate McClymont on Mamamia's No Filter podcast.

In the early years of her career, Caddick began testing out her powers of deception.

In one job, she was caught inflating invoices in her favour. In another, she would get a bottle of liquid paper and white out the percentage commissions, giving herself double the amount originally listed. McClymont and her team also discovered another example - where Caddick's then-colleagues were all chipping in for a birthday present for a workmate. Caddick sent a false copy of her bank transfer in order not to pay her way.

The first person who Caddick officially defrauded was her oldest friend from school, Kate Horn, from around 2012.

If it was just her that was conned, Kate said she could live with that. But the fact she introduced her own family and friends to Caddick, who then swindled them out of over $10 million collectively, devastates Kate.

"She says that the heartache of seeing her mother who was financially independent now having to queue up at Centrelink to get money is just heartbreaking," McClymont said.

"What Caddick did was say to Kate, 'you know I've worked as a financial advisor, I'm making a very healthy income for myself investing in shares, and you know what - we're in the same boat now. Our marriages are broken down, we're both single mums, why don't I help you?' This is how the scheme worked - Melissa got your money, she pretended she was investing in shares for you, share a [fake] portfolio statement and stole the money."

Throughout the ponzi scheme, there were many 'sliding door moments' where Caddick was almost caught.

At one stage, a couple of investors almost found her out, after Caddick mistakingly listed "Pilbara Mining" instead of the real company called "Pilbara Minerals".

As ponzi schemes go, in order to ensure the perpetrator can keep spending and spending, they need to find another victim to con money from. And that's exactly what Caddick did. 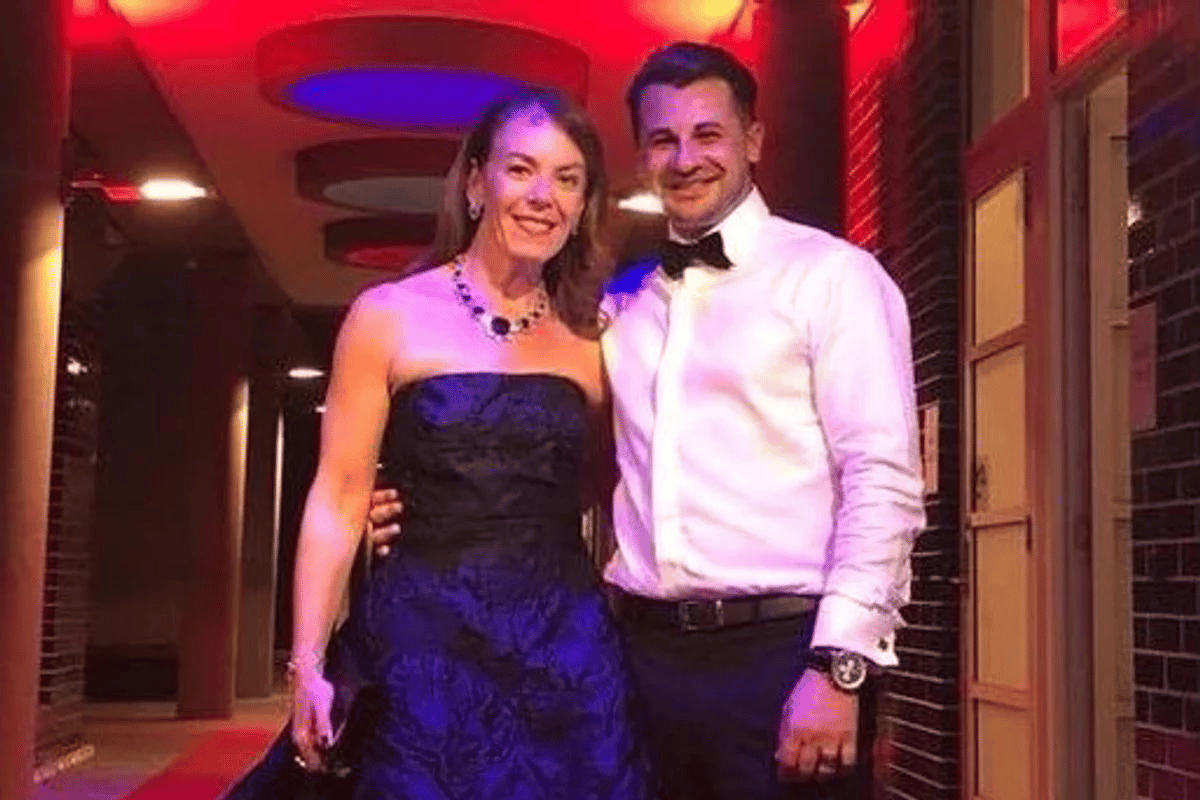 Melissa Caddick and Anthony Koletti. Image: Facebook. Her next victim was Prue, who she knew from Sydney but connected with while they were respectively on holiday in Aspen.

"There's one investor that I've spoken to who has lost $400,000 dollars of her superannuation and she's retired and can't earn that again," McClymont said.

"Most of the people she defrauded were family and friends. Those people at her wedding - all her victims. There's something that's called an affinity fraud, where it makes it easier for fraudsters to steal the money because you've got that element of trust."

The lies she told people were next level as well. Of course, financial advisors can make very good money - but nothing like the life she was living - a Dover Heights mansion, her husband driving a $390,000 sports car, a brand new Mercedes, luxury handbags - you name it.

To one person, Caddick said she had worked as a financial advisor and devised a superannuation platform which she sold to the big institutions for $86 million. To another person she said 'when I left that company, I had a sexual harassment suit against them and I got a massive payout'. And to another she said she had won big on bitcoin.

Because in order to keep her scheme going, Caddick had to perpetuate the idea that she was loaded.

One of the people who brought Caddick back down to reality, and in front of the watchful eyes of ASIC, was a doctor's wife from Perth.

Essentially, there was a whole group of doctors from Perth that were investors with Caddick.

This one wife had nothing to do with Caddick. And for that reason - having no personal relationship and established trust - she was able to fully question Caddick's honesty. This woman was also an accountant and when her husband came to her suggesting they invest their money with Caddick, she looked into it - and it didn't add up. She noticed Caddick also didn't have a licence to be a financial operator.

By 2020, Caddick was under the microscope. And a few months later, ASIC and the federal police would turn up at her door with a search warrant. The scheme was over.

To see more from Kate McClymont, you can follow her on Twitter here and her articles here. You can listen to the podcast Liar Liar, hosted by Kate and 60 Minutes journalist Tom Steinfort here.