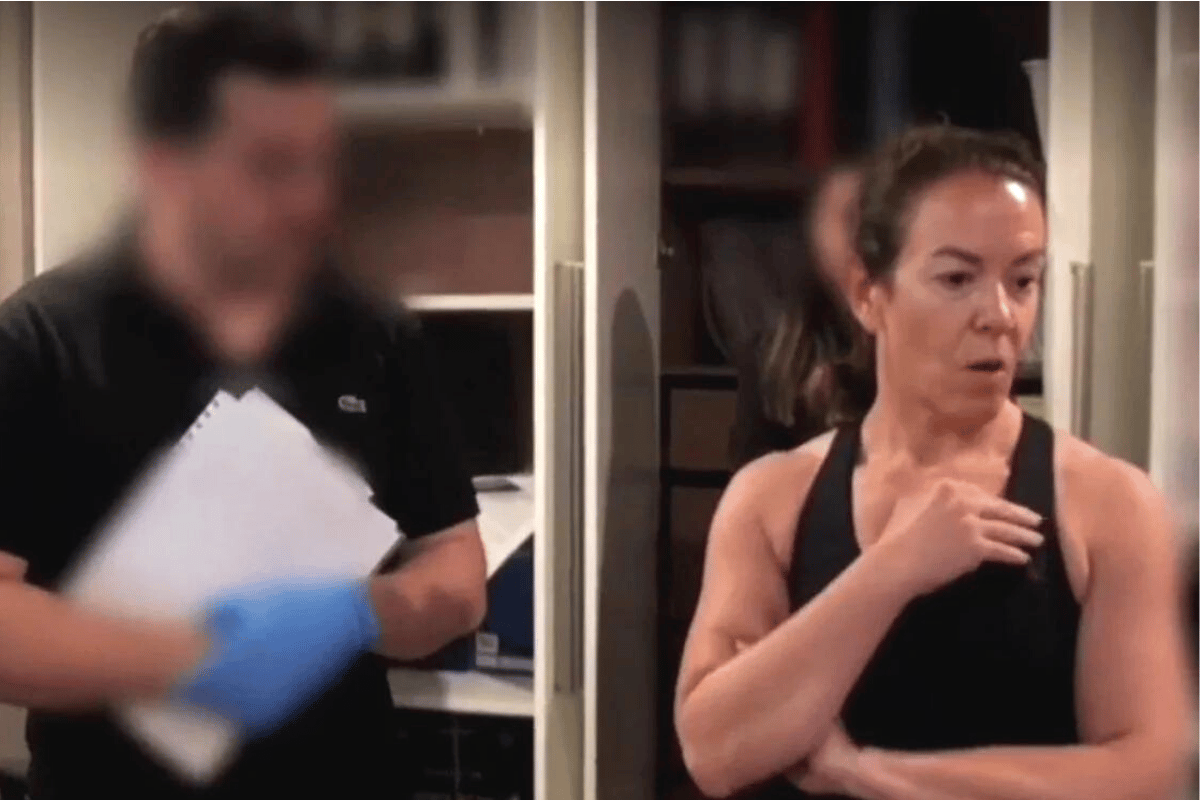 In November 2020, the Australian Securities Investment Commission (ASIC) was closing in on Melissa Caddick.

They had frozen her bank accounts and properties and prevented her from leaving the country. And on November 11 at 6:30 am, officers from ASIC raided Caddick's luxury home in Dover Heights, a wealthy eastern suburb of Sydney.

The following day, Caddick disappeared, yet to be seen again.

There are questions as to whether Caddick knew ASIC was close to 'finding her out', says journalist Kate McClymont who spoke with Mia Freedman on the No Filter podcast. But of course, Caddick wouldn't be able to keep up her elaborate ponzi scheme forever.

"She had bought a shredding machine and taken herself off Facebook and Instagram [in the lead up to the raid]. So did she suspect something was going on? I don't know. But according to ASIC, they said she was genuinely shocked when they turned up," McClymont said.

"There was a knock on the door at 6:30 am, eight federal police, another 10 ASIC investigators and they've got a search warrant - you can imagine the shock of all these people in your house, going through everything."

The warrant was quite extensive too.

It allowed the investigators to seize the proceeds of crime - so Caddick watched on as the officers took away her expensive wedding dress, and an Oscar de la Renta ball gown, her shoes, handbags, jewellery.

The last of the ASIC officers left the Dover Heights property at around 6:30 pm, meaning they had been examining the house and Caddick's records at home for over 12 hours. It was an extensive search, to say the least.

According to McClymont's sources, Caddick was "shocked but helpful" for those 12 hours that her home was under the microscope.

"She was polite and didn't scream or yell. They just took the stuff, and she was told she had to be in court on Friday morning at 9:45 am (a few days' time) and that she would have to produce all her assets and liabilities," McClymont said.

According to ASIC, Caddick was allowed to keep her phone and a computer - which they could later track - when they left her home on November 11. They had also taken away her security camera CCTV footage, meaning it was no longer recording once they left.

And based on search records, that night Caddick was looking for what they would order on Uber Eats for dinner.

Yet things weren't normal. Caddick had objectively experienced the worst day of her life, and knew her loved ones would soon realise she had conned them terribly.

Her scheme was about to be destroyed.

At 5:30 am the following morning, Caddick's teenage son heard the main door open and close. He assumed his mum was off for a regular morning run.

If the CCTV footage was working, perhaps we would know or at least have a better idea of what really happened to Melissa Caddick.

As McClymont said on No Filter - "What time did she leave? Did she get into a car? Did she meet somebody? Did she run out the door? None of that was available. Police canvassed all the streets in the area - nothing. Not one person's CCTV footage has picked her up. That's unusual. Everything about this case is unusual." 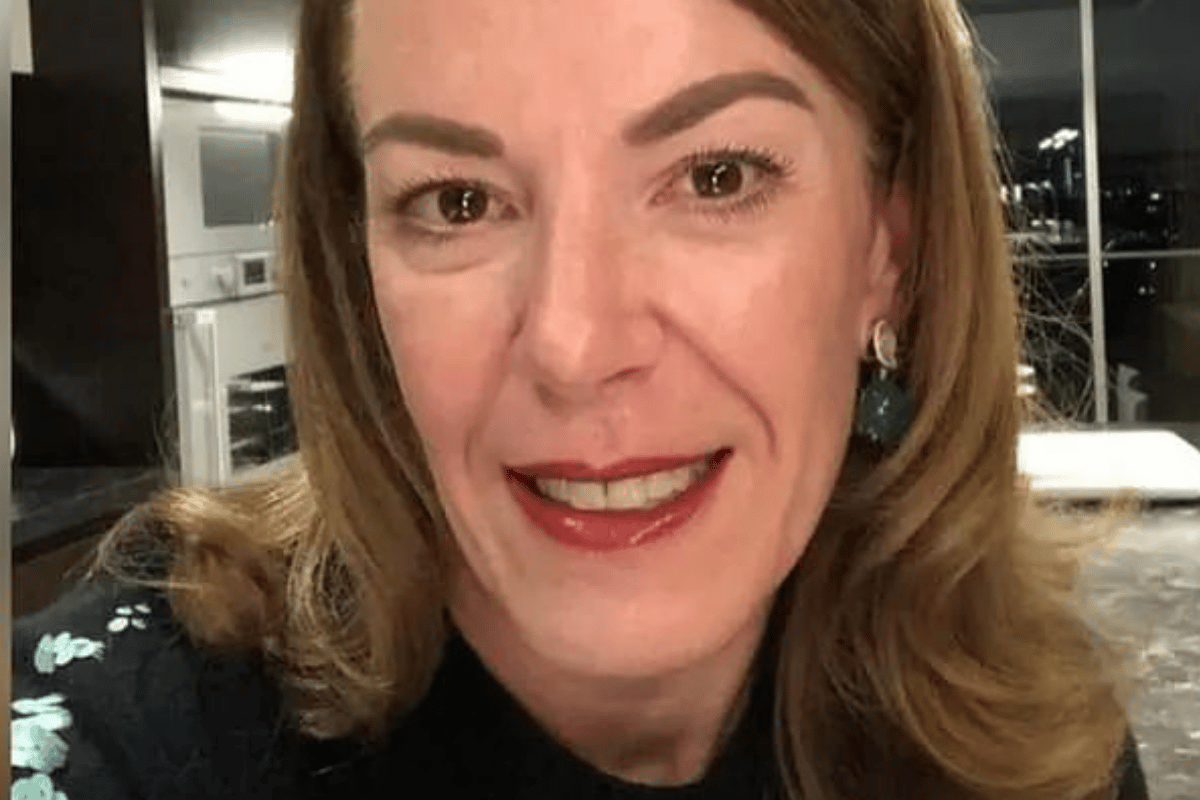 But what McClymont said that was most interesting was what happened next and what her husband didn't do.

It wasn't until noon on November 13 that Anthony Koletti reported his wife Caddick missing - 30 hours had gone by. He didn't ring her parents, brother, or friends, nor ask 'have you seen Melissa?'

Loved ones later told McClymont not to read too far into Koletti's late missing report, as given it was allegedly "a controlling relationship, he didn't know what to do. So he did nothing".

She didn't take her phone, car keys or wallet with her on that 'morning run'. Ultimately, things were at a dead end.

It wasn't until McClymont's article in the Sydney Morning Herald broke the news about Caddick and her crimes that the victims of this scheme realised what had happened.

"Her extended family did not know for a week that she was missing. And when they were told, it was said 'there was a disgruntled investor from Perth who may have wanted her done in'. [The raid on her house] was not yet publicised," McClymont said.

"When [the article] appears [on site] in the morning, the first call I get is from a victim saying 'Oh My God'. And then I got more and more calls. People are ringing me up crying. Those poor people. There are around 60 victims, and the numbers are flexible because some people had it done to them twice, with superannuation plus investment shares."

Among those 60 were Caddick's elderly parents. But they never invested in her fraud - they got caught up in her con in a different way.

"They're in their 80s and it's time for them to sell their big family home. So Melissa convinces them to buy an apartment. She says 'you sell your house, you give the money to me and I'll pay down the mortgage of the apartment I've bought for you.' So they hand over their $1 million and she uses the money to buy a $590,000 diamond ring. More for private jets in Aspen and the rest on lifestyle expenses."

Ultimately, none of her parents' money went to paying off the mortgage. It was all spent by Caddick.

"They have the double whammy of grieving for their daughter, discovering that she's a fraudster and failing to understand how she could possibly leave her son. I think that's what they find the hardest to grasp - the abandonment of her son. There's so many layers."

Her loved ones are left reeling from the fraud. But as to what they think happened to her and the story behind her disappearance - they mostly agree on one main point.

That Melissa Caddick could still be alive.

To see more from Kate McClymont, you can follow her on Twitter here and her articles  here. You can listen to the podcast Liar Liar, hosted by Kate and 60 Minutes journalist Tom Steinfort here.