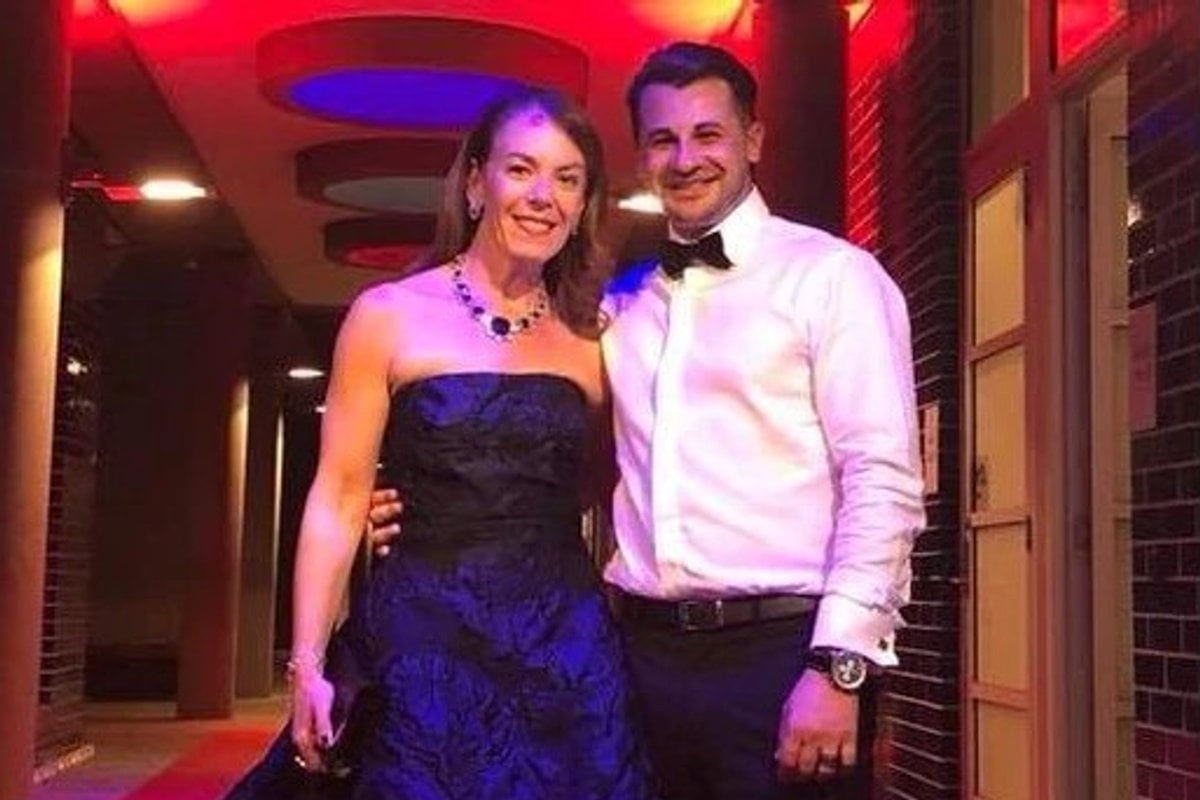 It started in a dentist's waiting room.

On August 13, 2020, a client of Melissa Caddick's started talking with a fellow patient. By chance, their conversation turns to investments, and the other woman mentions a woman called Melissa Caddick is using her Financial Services Licence without her permission. She says she has reported her to the corporate regulator, the Australian Securities and Investments Commission (ASIC).

The woman sitting there, listening to the details of alleged fraud, had recently invested $2.5 million with Melissa Caddick. 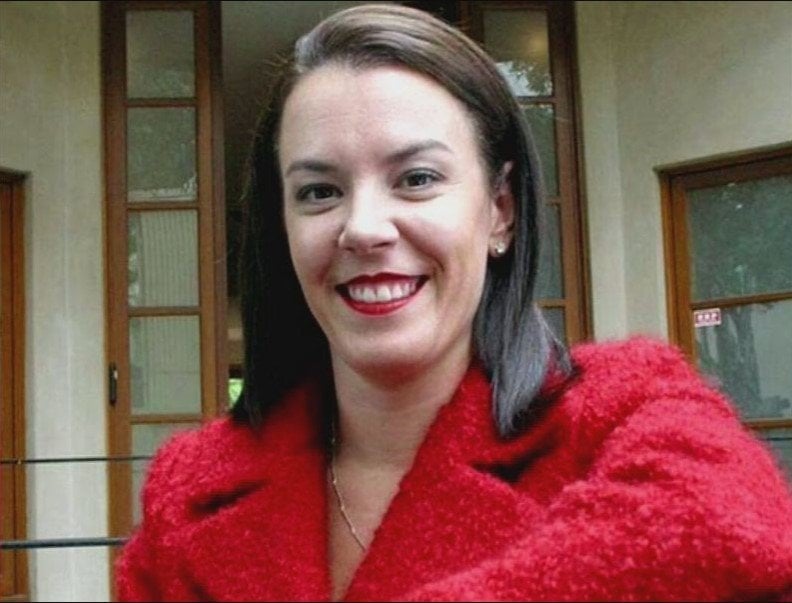 "She finds out that she's a financial adviser. Melissa Caddick says, 'I'd love to look after your money, but I'm too busy. I'll have to wait until a space becomes available.' This is exactly what the world's biggest Ponzi scheme operator, Bernie Madoff, did - was make yourself look exclusive," McClymont explains.

When they got back to Sydney, Caddick offered the woman a place. The woman joined, initially giving her $1 million to invest and then another $1.5 million after seeing how well her investments were ostensibly doing.

But after the conversation in the dentist's office, she asked Caddick if she could withdraw her money. Caddick gave it all back, plus $300,000 of her "fake" returns, according to Sydney Morning Herald.

But Caddick's other victims, who were still unaware of her alleged crimes, weren't as lucky to get out.

Listen: The secret life of Melissa Caddick. Post continues below.

The Australian Securities and Investments Commission (ASIC) began looking into the alleged fraudulent activity of Caddick and formally opened an investigation on September 8 of last year.

"It's not until then that things really start moving along," McClymont explains. "ASIC had to tread very carefully because they didn't want to tip Melissa Caddick off that they were looking at her -  her victims were friends and family, so they were careful about who they talked to."

ASIC discovered Caddick had fraudulently positioned herself as a successful financial planner and had been providing her clients with false financial statements to make them believe their investments were growing. Between 2018 and 2020, Caddick stole more than $20 million of investors' funds, court documents show.

Secretly, Caddick was using her clients' money to fund her extravagant lifestyle.

"When she went overseas, there were private jets and limousines," McClymont says.

"There were a lot of extravagant trips, but the rest was just so much money spent on designer handbags, exquisite clothes, all those kind of things."

On November 11, her alleged crimes blew up in her face when ASIC arrived at her cliff-top home in Sydney's eastern suburbs.

"Police arrived at her Dover Heights home at about 7am and they were there for most of the day, not leaving until about 7pm So just seeing all your files, your computers, your personal belongings being taken out of the house, it must have been a horrific experience for her, basically knowing the gig is up," McClymont said. 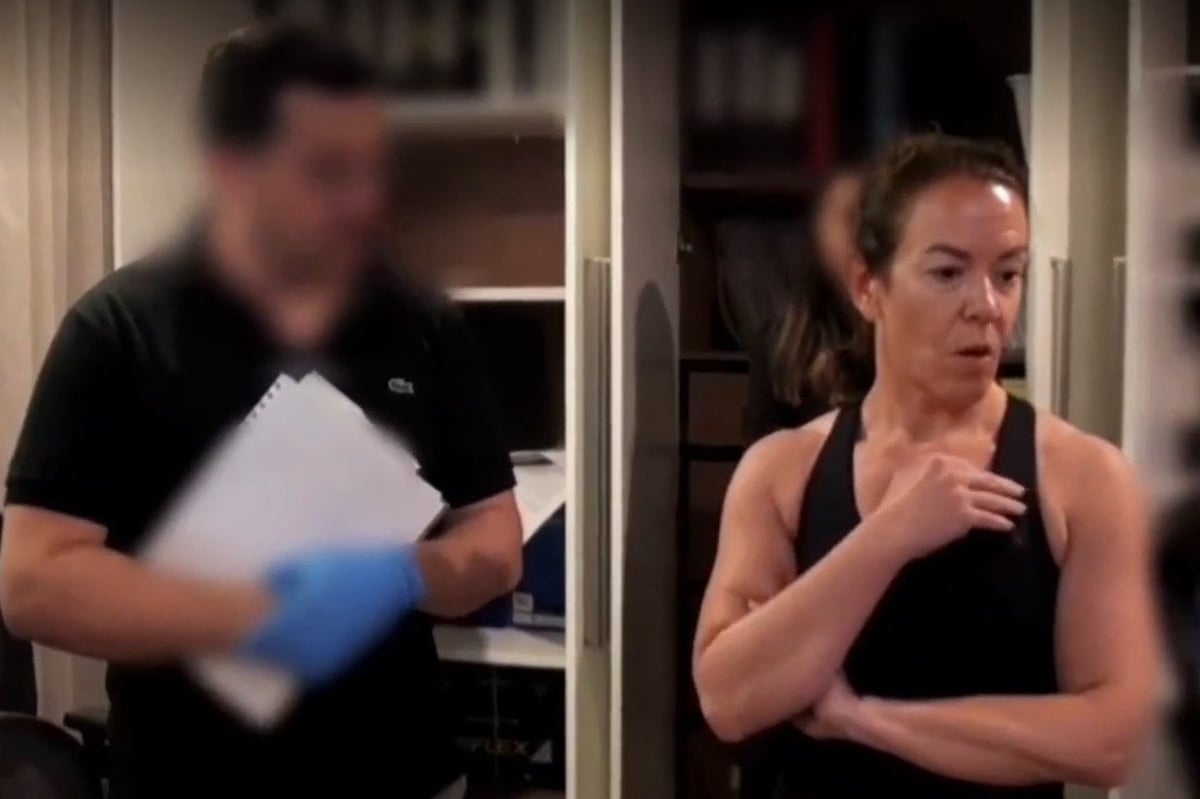 Melissa Caddick on November 11, when the police raided her home. Image: AFP.

At the brink of dawn the next day, November 12, Caddick left the family home without her phone, keys or wallet.

Her son heard the front door close at about 5:30am - unaware that would be the last time he had evidence his mother was alive.

There was not a single trace of her for three months, until a shoe with a decomposed foot in it was found by a group of campers on the South Coast of New South Wales, more than 400km away from where she was last seen.

Melissa Caddick's husband, Anthony Koletti, has continued to live in the Sydney family home with Caddick's teenage son from a previous marriage. There is no sign that Koletti knew of the alleged crimes of his wife.

"When you talk to victims, they say that Melissa was meticulous, she was systematic, she was controlling, and that the relationship with Anthony was very much a controlling relationship on Melissa's part," the investigative journalist explains.

"I think like many other people, it must have come as a shock to discover that she was defrauding people. There's no indication at all that he had anything to do with her disappearance," McClymont continues. "And it's interesting because he took 30 hours to report [her as missing] to police, but that wasn't surprising that he was afraid to do the wrong thing by her. He just didn't know. Should he go to the police? Should he not go to the police? What would Melissa want him to do?"

Caddick's foot was on found by campers at Bournda Beach on February 21, with DNA testing confirming the match last Thursday.

The remainder of her body is yet to be located, but other human remains have since been found on other NSW South Coast beaches and are currently undergoing forensic investigation.

NSW Police say the most likely option is that Caddick took her own life, although they have not ruled out foul play.

Police say it is possible for Caddick's body to have entered the water in Sydney's Eastern Suburbs around November 12, and to have drifted to the NSW South Coast over a period of three months.

It's a missing person case that has captivated the nation's attention, and still - despite the discovery of her human remains - has so many unanswered questions. Including what triggered Caddick to steal millions of dollars from her friends and family.