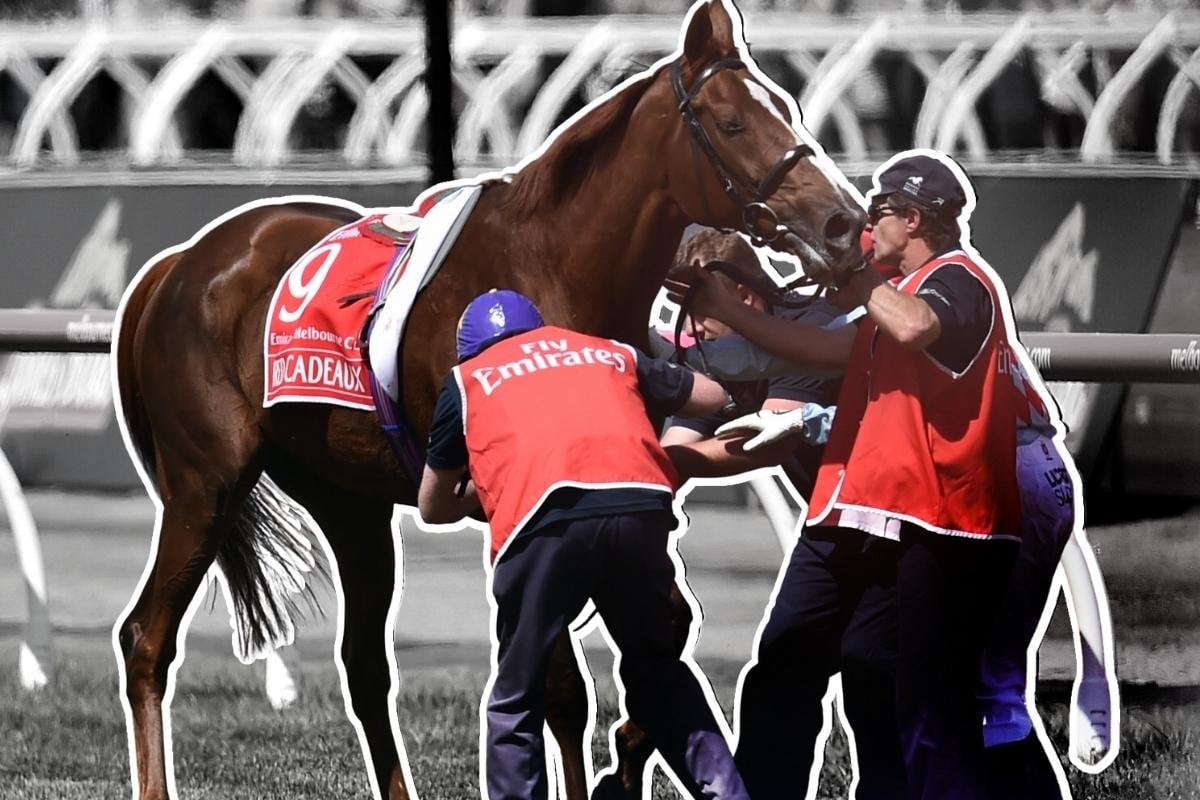 The Melbourne Cup is a national institution; one of the many sporting events we Australians have tied into our identity.

People with no interest in racing tune in to watch, non-gamblers have a flutter, and workplaces pause for an afternoon (or at least 15 minutes) of celebration.

But in the past decade, there's a deep sense of discomfort seeping into the narrative around the Cup. Because as well as being by far Australia's most popular horse race, it's also one of the deadliest.

Today's Melbourne Cup was one of just three since 2013 to pass without a fatality. Over the past nine years, seven horses have died as a result of injuries sustained while competing in the event. Seven.

The sight of track attendants rushing onto the turf at Flemington to erect screens around a felled horse has become a sadly routine part of 'the race that stops a nation'. Behind them, vets and trainers make hurried assessments that usually end with a lethal dose of anaesthetic being injected into the animal's neck.

With each fatality, the horse's name trends on social media, and animal-welfare-focused campaigns like #saynuptothecup earn more members.

But the death of Anthony Van Dyck in last year's race marked a particular turning point. 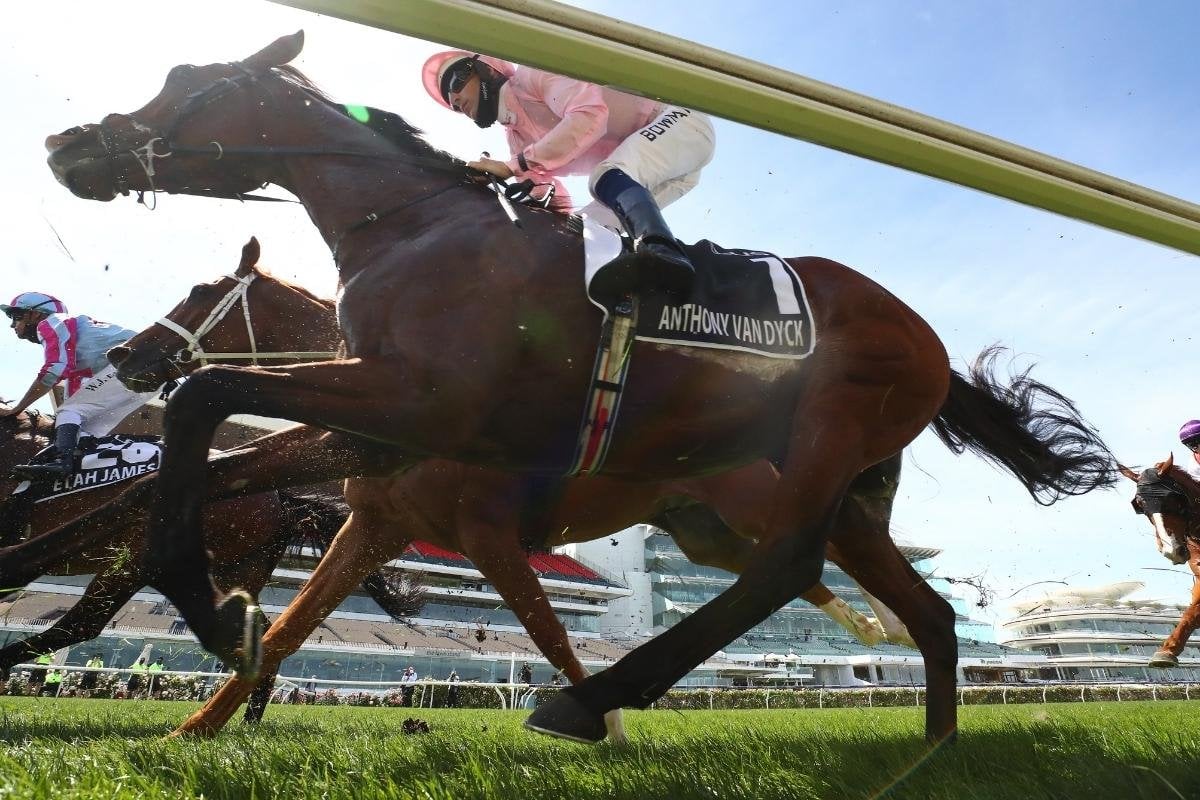 Anthony Van Dyck is the highest-profile victim of the Cup. Image: Getty.

Fresh off the back of a win at the prestigious Epsom Derby in the UK, the Irish colt was the highest-profile fatality in the Cup's history.

The horse faltered around home turn, forcing jockey Hugh Bowman to pull up the horse and dismount. Anthony Van Dyck had suffered a fractured fetlock (a joint in the lower leg) and was taken away to be euthanised.

Before him, the race was marred by the death of another Irish galloper, Cliffsofmoher, who broke his shoulder and was euthanised on the track in 2018.

In 2017, Regal Monarch fell mid-race and died that evening.

In 2015, Red Cadeaux (pictured in the main image) broke a bone in his front left leg. He died two weeks later from surgery complications.

In 2014, Admire Rakti dropped dead in his stall following the race. Not long afterwards, another horse, Araldo, was euthanised after sustaining a broken leg.

In 2013, four-year-old French horse Verema was euthanised after she snapped a bone in her lower leg about 2000 metres into the race. 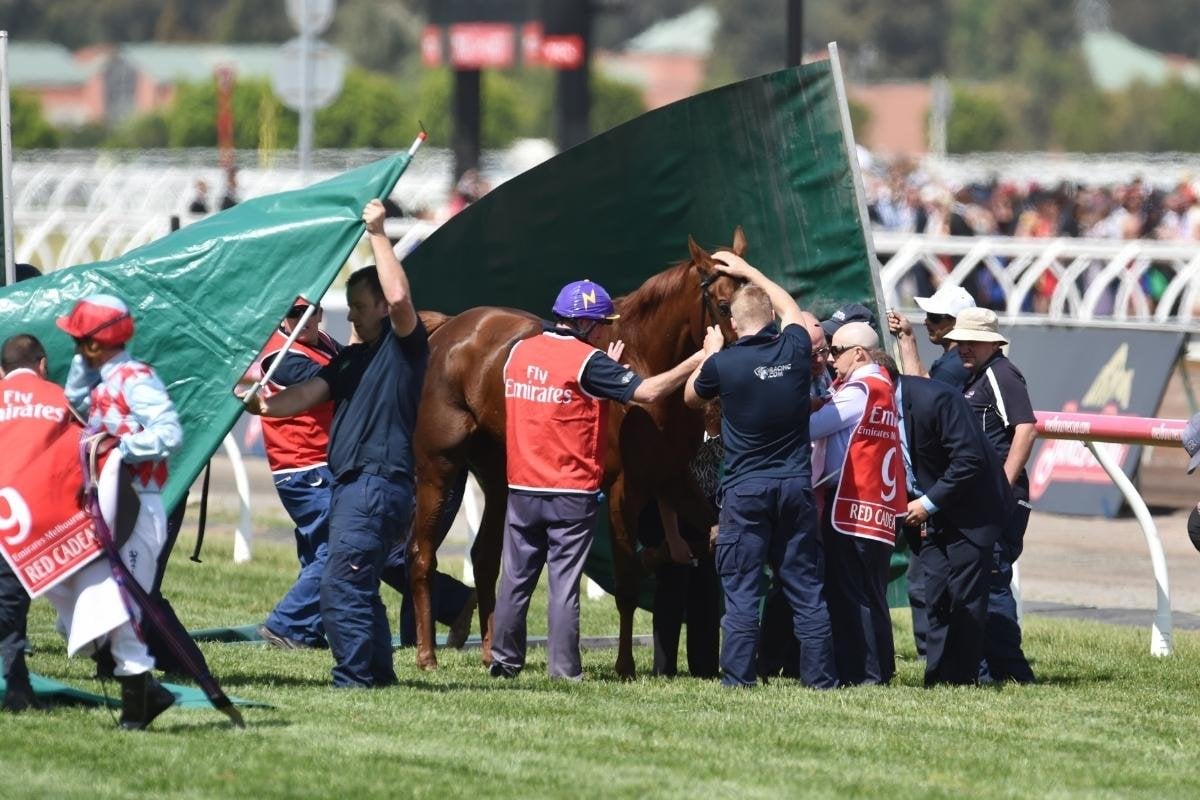 The deaths of horses have long been a blight on the racing industry.

According to the Coalition for the Protection of Racehorses' annual report, at least 149 horses died on Australian racetracks between August 1, 2020, and July 31, 2021, alone, with the most common cause being a catastrophic injury to the front legs.

That equates to one death every 2.5 days.

But with its recent cluster of deaths, the Melbourne Cup remains particularly lethal.

For reasons that aren't entirely clear, all the fatalities over the past decade have been among international competitors. An Australian horse hasn't died at the Cup since the 1970s.

In an effort to curb the trend, Racing Victoria has this year implemented some changes, including additional independent vet checks and bans on foreign horses that have had a previous major fracture or orthopaedic surgery.

There is also now a cap on overseas runners of 24 (down from an uncapped peak of 42 in 2018), all of which will only be permitted to compete in one other Australian race in the lead up to the Cup.

All competitors, both local and international, will also be made to undergo CT scans of their legs, which will be analysed by an independent panel of equine surgeons and diagnostic imaging experts appointed by Racing Victoria.

RV has hailed the changes as a "global safety benchmark" for horse racing.

"Our sole focus is on ensuring that horses and riders compete safely, and we are committed to delivering these important enhancements in 2021 and beyond," RV Chairman, Brian Kruger, said in an earlier statement.

Whether these measures prove effective beyond this year remains to be seen.

One can only hope the wall of screens become a signal of a particular era, rather than an inevitable fixture of one of Australia's most beloved events.

Listen: The Quicky looks at Melbourne Cup winners from the past to see where they ended up and what happens to horses that aren't as successful.