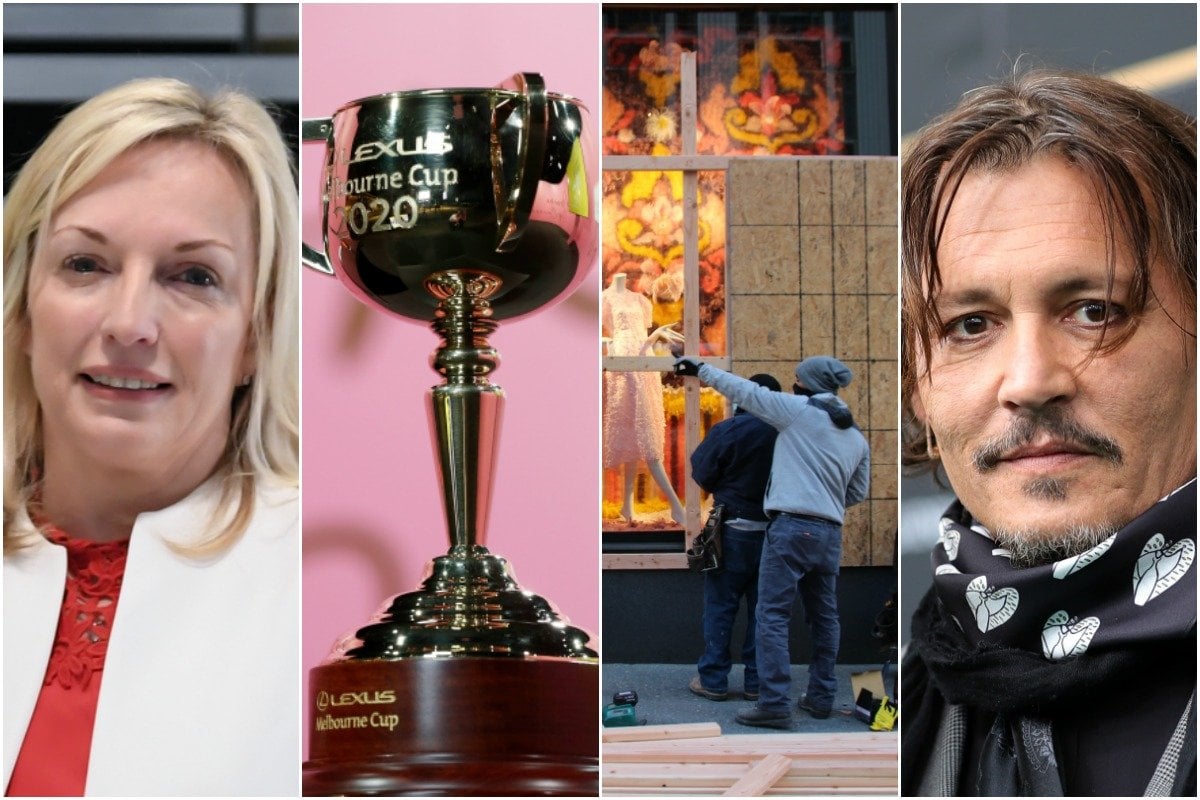 There has been a shooting near a Vienna synagogue with reports of several injuries.

An automatic weapon was fired just after 8pm local time, with reports of one suspect arrested and a police officer shot.

Shots fired in the Inner City district - there are persons injured - KEEP AWAY from all public places or public Transport - don't share any Videos or Fotos!

Witnesses have told local media they saw a person "shooting wildly," with reports of at least "50 shots" being heard.

The Austrian Interior Ministry confirmed at least one person had died in the incident, however local media are reporting up to seven people could've been killed.

Pictures of at least one injured person in front of a bar have been posted on social media.

The Israelite religious community in Austria has told all Jewish citizens not to leave their apartments or houses.

Christine Holgate has resigned as chief executive of Australia Post after the launch of an investigation into the organisation's gift and expenses culture.

Ms Holgate has been under scrutiny since it was revealed Cartier watches worth almost $20,000 were given to senior staff.

Prime Minister Scott Morrison labelled the gifts disgraceful and appalling in a fiery speech to parliament, and declared if the embattled chief executive did not wish to stand aside "she can go".

The @AusPost CEO has officially resigned after it was revealed she approved the purchase of Cartier watches for senior executives worth $20K. Christine Holgate says she still believes her team deserved recognition but regrets the decision. https://t.co/7Ib63foHmI @riley7news pic.twitter.com/mD3AWCf4Kf

Ms Holgate accused the prime minister of humiliating her and said there were no legal grounds for her standing aside.

However, she formally resigned on Monday.

"The current issue I am managing is a significant distraction and I do not believe it is good for either Australia Post or my own personal wellbeing," she said in a statement.

"Consequently, I have made the difficult decision to resign, hoping it will allow the organisation to fully focus on serving our customers."

Her resignation is effectively immediately.

Ms Holgate will not seek financial compensation and has promised to cooperate with a four-week investigation into Australia Post, being conducted by the federal finance and communications departments.

The hottest Melbourne Cup forecast in six years won't be enjoyed by on-course punters, with Flemington off-limits for this year's famous race.

The COVID-19 pandemic and the Victorian government's Cox Plate backflip have conspired to ensure the famous course will be crowd-free for Tuesday's $7.75 million race.

Attendance for the race that stops the nation has been dwindling, last year falling to its lowest point since 1995 as the temperature didn't creep above 19C. 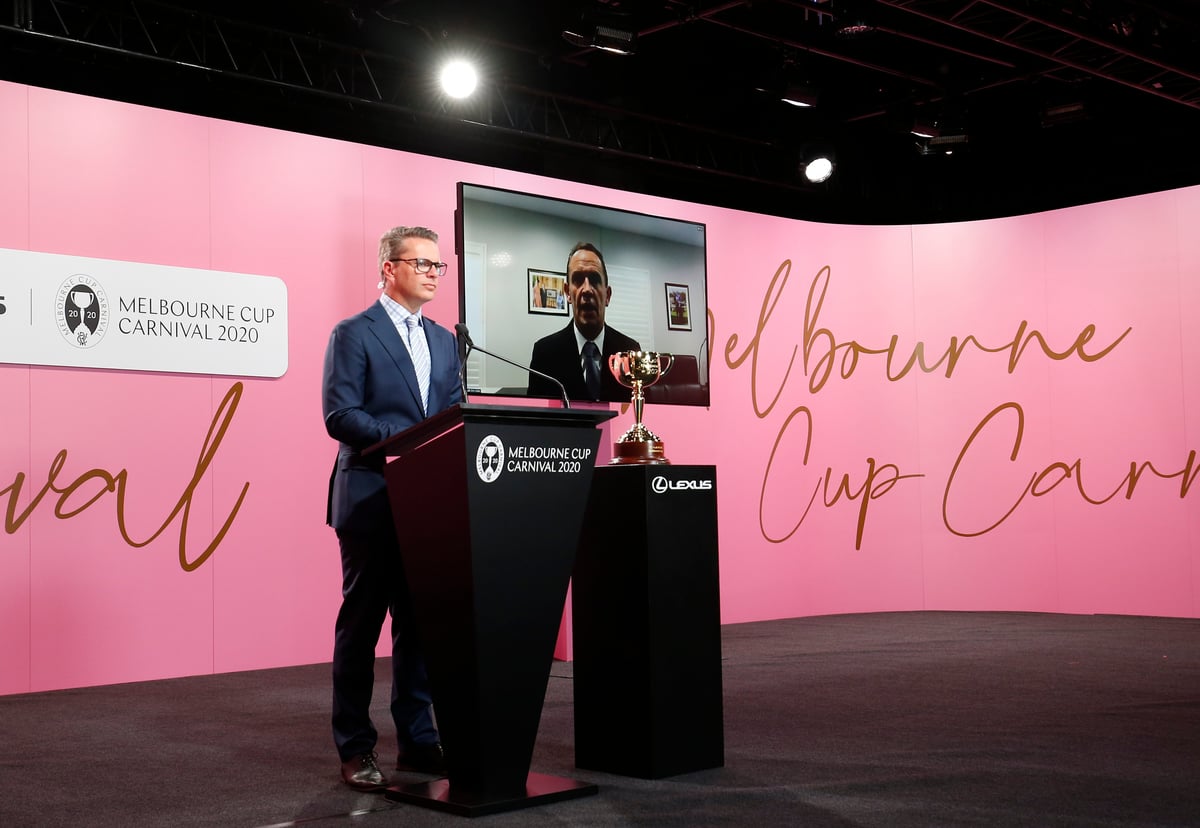 In Melbourne, the temperature is expected to top 29C - the warmest Cup day since 2014 when the city recorded 29.4C.

Melburnians can have two adults plus dependents from one household visit their house, with Cup organisers selling home-delivered gourmet food and alcohol packs curated by the likes of Neil Perry.

Alternatively, race-goers can opt to flock to parks and public gardens in groups of up to 10 to make the most of the fine weather.

Pubs and bars are also hoping to cash in on Tuesday's traditionally bumper trading day after finally reopening to customers last week.

Decision on Vic border could be this week.

NSW Premier Gladys Berejiklian says an announcement on the reopening of the border with Victoria could come as early as this week.

The premier on Monday reiterated that her government would move to lift the travel restrictions as quickly as possible, while taking an overt dig at Queensland's refusal to let Sydneysiders into the state.

NSW could open its borders to Victoria within weeks, not months, in a move that could see Melburnians flying to Sydney before Sydneysiders can visit Queensland | @Kaubo @marywardy https://t.co/40AdQ6kpvo

"We're talking weeks not months in terms of when the Victorian border may come down, but that again is based on health advice," she told reporters on Monday.

"I wouldn't be surprised if we moved more quickly against Victoria than Queensland did against us."

When asked if an announcement would be made this week, Ms Berejiklian said, "Potentially yes".

Fears of unrest after US election result.

With only one day until the US election, shop windows are being boarded up in some American cities in anticipation of riots following the election.

A recent Suffolk University poll found post election violence worries three out of four voters, with just one in four "very confident" there will be a peaceful transition of power should Joe Biden beat Donald Trump. 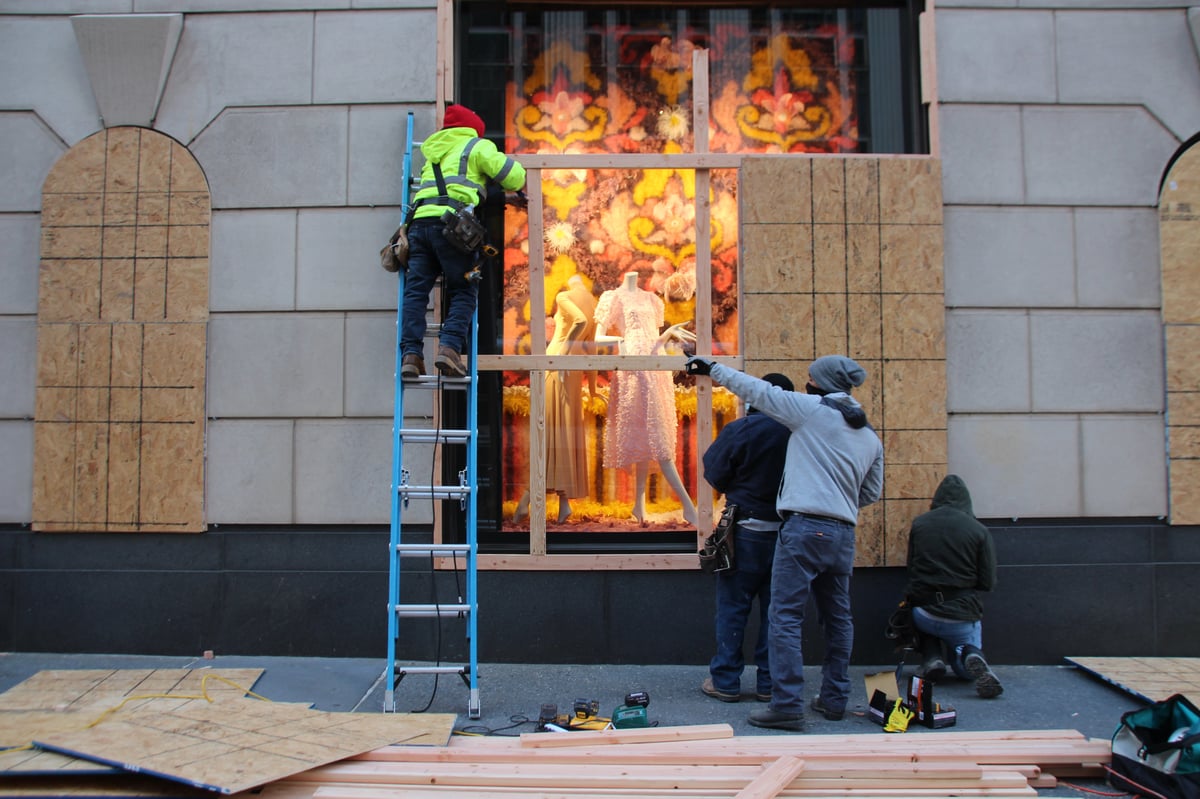 Craftsmen attach wooden panels to shop windows for protection as fears of protests in the wake of the US presidential election grow. Image: Christina Horsten/picture alliance/Getty.

US President Trump has suggested he might seek to fire infectious disease expert Dr Anthony Fauci after the election after the highly respected member of his coronavirus task force criticised the president's handling of the virus.

As Trump defended his handling of the virus in a late night campaign rally in Miami, a "Fire Fauci" chant broke out.

"Don't tell anybody, but let me wait until a little bit after the election," Trump told the crowd.

Hollywood star Johnny Depp has lost his libel battle with a British tabloid that labelled him a "wife beater" after a London High Court judge ruled he had repeatedly assaulted his former partner and put her in fear for her life.

Judge Andrew Nicol said he accepted claims from the actor's ex-wife, actress Amber Heard, that he had violently assaulted her during their tempestuous five-year relationship.

Johnny Depp loses his libel case against British tabloid The Sun over a 2018 article that alleged he had been violent toward his ex-wife, Amber Heard. https://t.co/vFOjD7r1Eq

"I have found that the great majority of alleged assaults of Ms Heard by Mr Depp have been proved to the civil standard," said Nicol.

"The claimant has not succeeded in his action for libel."

Depp's lawyers described the ruling as "perverse as it is bewildering" and said it would be ridiculous for him not to appeal.

British Prime Minister Boris Johnson says self-employed workers will receive government support equivalent to 80 per cent of their pre-crisis profits during November's four-week lockdown in England, up from 40 per cent previously.

England will enter a second lockdown on Thursday, which will close restaurants, pubs and non-essential shops until at least December 2, although unlike the first lockdown in late March and April, schools will stay open for all pupils.

Employees who are put on furlough will receive 80 per cent of their wages, up from 67 per cent under more recent plans to scale back support, and on Monday Johnson said more generous support would be available for the self-employed too.

"For November, we will double our support from 40 to 80 per cent of trading profits," Johnson told parliament.

Finance minister Rishi Sunak said the step meant the government would be providing 4.5 billion pounds ($A8.3 billion) of support for the self-employed between November and January, on top of 13.7 billion pounds already spent.

The UK's budget deficit this financial year is forecast to swell to its highest since World War II at around 20 per cent of GDP or 400 billion pounds.

- The head of the World Health Organisation says he will self quarantine after being identified as a contact of a person who tested positive for COVID-19.

- 65 hours after deadly earthquakes in Turkey, a 5-year-old has been rescued.

- Gunmen have executed 32 people and torched more than 20 houses in a raid on an area of western Ethiopia.