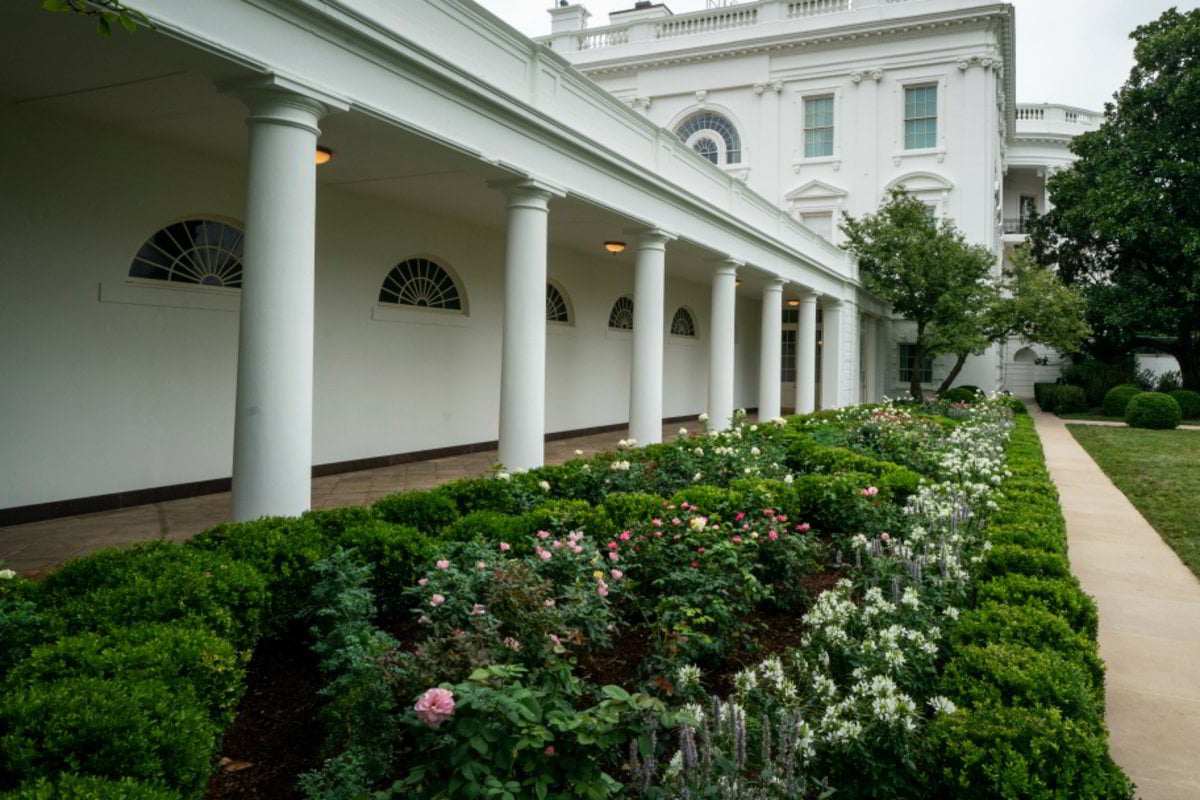 First Lady Melania Trump has unveiled her makeover of the White House's Rose Garden and approximately no one likes it. Not even Donald Trump (not confirmed, probably though).

The garden was originally commissioned by President John F. Kennedy in 1961, and designed in part by his wife Jacqueline Kennedy. Over the years, it became known for its colourful and vibrant existence, which has historically provided a backdrop for many presidential press conferences and events.

It is the first upgrade of the Rose Garden in about 60 years and Americans are furious, specifically because a garden renovation probably shouldn't be at the top of the White House's priority list when they are in the middle of a pandemic which has so far killed at least 175,000 people in their country alone. But also because there are no more roses in the Rose Garden.

Excited to honor history & celebrate the future in our beautiful @WhiteHouse Rose Garden this evening. Thank you to all who helped renew this iconic & truly gorgeous space. pic.twitter.com/ggiqLkdGbw

Donald Trump announced the FLOTUS' plans to makeover the garden last month, saying it will involve ﻿“electrical upgrades for television appearances, a new walkway, and new flowers and shrubs.”

Melania Trump, who will give her Republican convention speech from the garden on Tuesday, said she wanted the garden to "fulfill the dynamic needs of the modern presidency." Apparently that means removing all colour from the garden.

Here are some tweets that show how Americans have responded to the White House's rose garden renovation.

They cut down the trees? And made the whole thing look like an uninteresting patch of lawn? https://t.co/Gv1XCwUhfo

Biden should run on restoring the Kennedy-Regan-Bush-Obama Rose Garden.

What was wrong with the old Rose Garden?

Melania tearing out all the flowers and trees in the Rose Garden and leaving it a mere shell of what it once was is a metaphor for Trump’s entire presidency.

Melania Trump destroyed Jackie Kennedy's Rose Garden. Think about that. Does it matter much? No. But it sure is emblematic of whose these people are.

I normally think Melania has impeccable taste - but removing Jackie O’s rose garden and all the beautiful flowers and color for whatever reason I find really upsetting not to mention not nearly as beautiful. Not everything historical is meant to be redone :(

Definition of tone deaf: while millions are out of work and 175000 have died from covid then celebrating a garden renovation that didn’t need to be done. https://t.co/bPl8MGxSAe