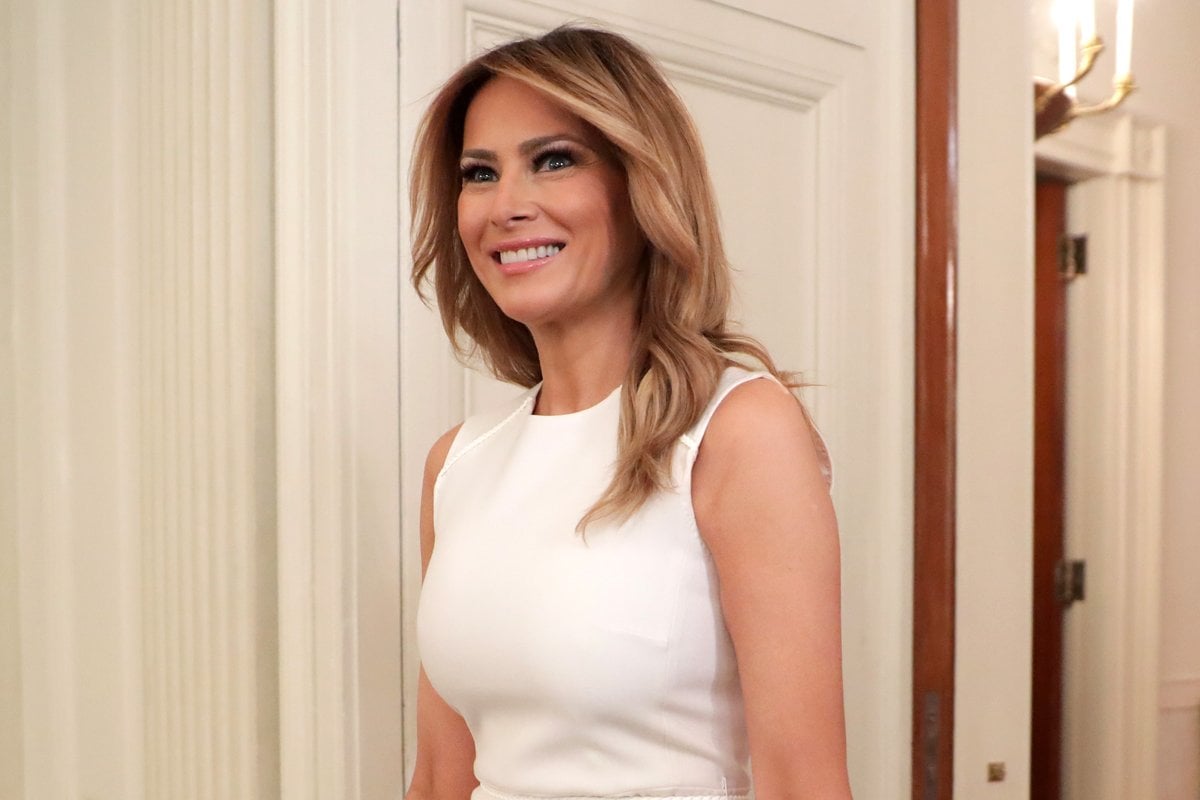 Melania Trump's career as First Lady of the United States has been one marked by mystery and speculation.

During her three years in the role, the 50-year-old has kept a relatively low profile and rarely speaks at events or in sit-down interviews.

But now, just over two weeks until the upcoming US election, Melania has decided to share her usually private thoughts with the world by taking up... blogging.

Her blogs, which are published on Whitehouse.gov, have covered varying topics, including her experience with COVID-19 to her falling out with a "former contractor", suspected to be Stephanie Winston Wolkoff.

Here's everything you need to know about Melania's new hobby.

What is Melania Trump blogging about?

In one blog post, published on Friday, Melania took the opportunity to call out the behaviour of a "former contractor" who made "salacious claims" about her.

While Melania didn't name names in the post, it's quite clear she's referring to her former friend Stephanie Winston Wolkoff.

Melania asked Stephanie to officially 'advise' on the Trump inauguration events in 2017, following years of friendship and fancy lunches. Stephanie took the role, but was then asked to step down when a White House report exposed that Stephanie's company profited excessively off the inauguration.

"We all know that more often than not, information that could be helpful to children is lost in the noise made by self-serving adults," Melania wrote in the post.

"I have most recently found this to be the case as major news outlets eagerly covered salacious claims made by a former contractor who advised my office. A person who said she 'made me' even though she hardly knew me, and someone who clung to me after my husband won the Presidency." 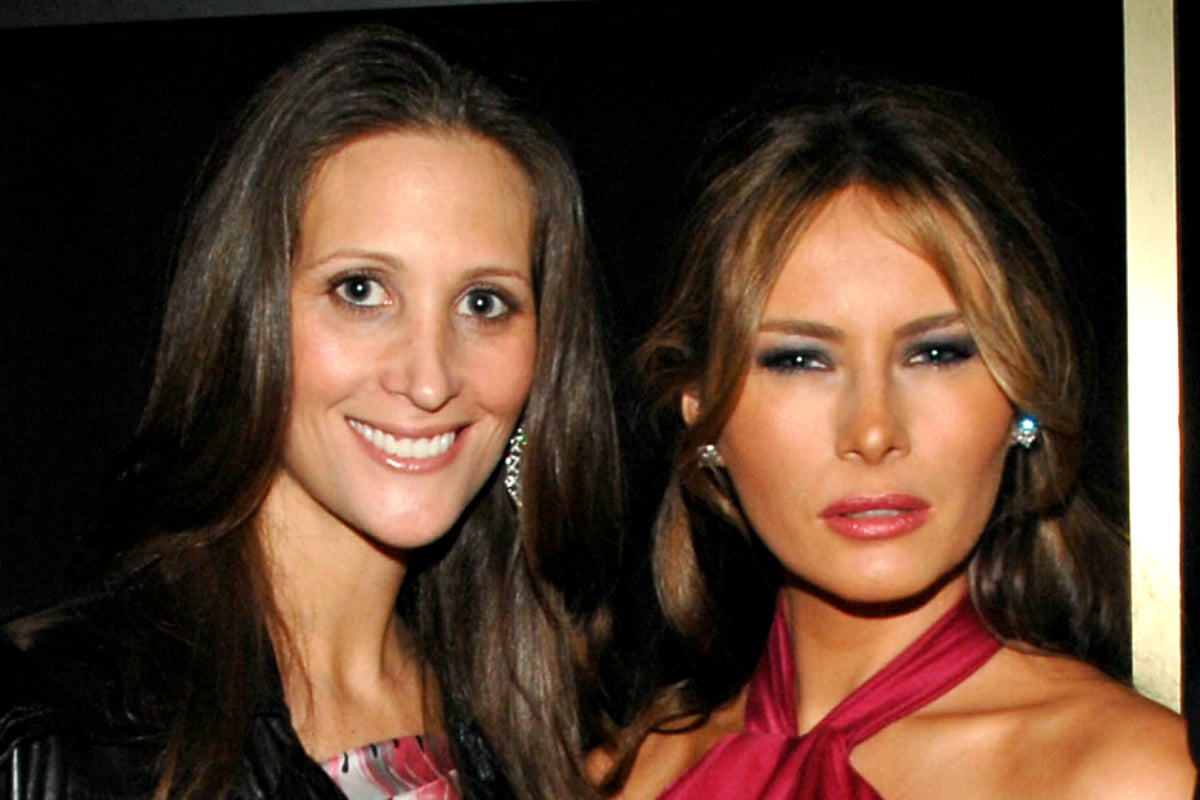 The 50-year-old also seemingly referred to Wolkoff's recent tell-all memoir, Melania and Me and the secret recordings that were released of her conversations with the first lady. In one tape, Melania could be heard complaining about decorating the White House for Christmas and expressed annoyance about being asked to answer for her husband’s policy of separating migrant children from their parents.

"This is a woman who secretly recorded our phone calls, releasing portions from me that were out of context, then wrote a book of idle gossip trying to distort my character," Melania wrote.

"Her 'memoir' included blaming me for her ailing health from an accident she had long ago, and for bad news coverage that she brought upon herself and others."

"These kinds of people only care about their personal agenda — not about helping others," she added.

Melania further went on to criticise media outlets who "chose to focus their coverage on pettiness over my positive work".

"As a country, we cannot continue to get lost in the noise of negativity and encourage ambition by those who seek only to promote themselves."

Her personal grievances with a former employee isn't the only thing Melania has written about.

The First Lady also penned a blog post about her experience with COVID-19, after her husband and son, Barron, tested positive for the virus.

"Naturally my mind went immediately to our son," Melania wrote.

"To our great relief he tested negative, but again, as so many parents have thought over the past several months, I couldn’t help but think 'what about tomorrow or the next day?' My fear came true when he was tested again and it came up positive. Luckily he is a strong teenager and exhibited no symptoms."

"In one way I was glad the three of us went through this at the same time so we could take care of one another and spend time together. He has since tested negative." 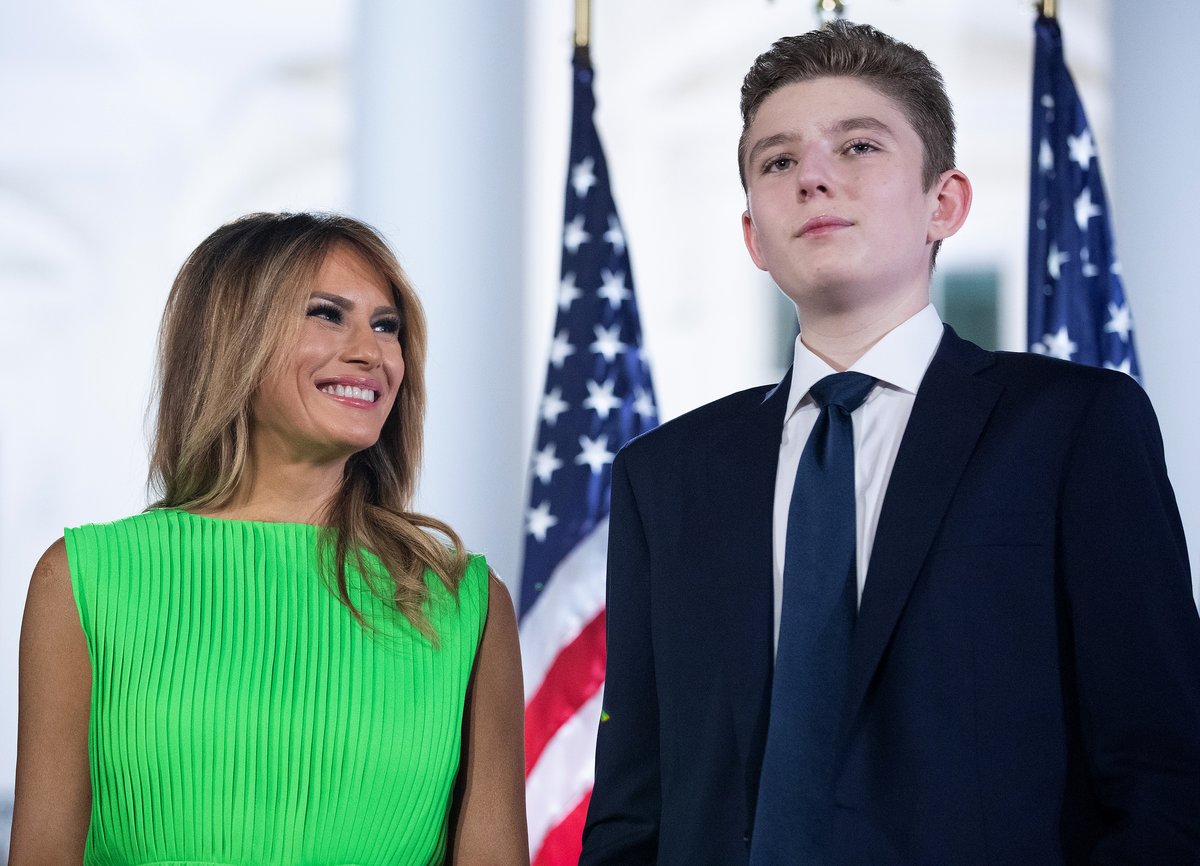 Melania and Barron in August 2020, when Trump delivered his acceptance speech for the Republican presidential nomination. Image: Getty.

She went on to say that while her symptoms were minimal, they hit "her all at once and it seemed to be a roller coaster of symptoms in the days after."

"I experienced body aches, a cough and headaches, and felt extremely tired most of the time."

Having now tested negative for the virus, Melania says she understands "just how fortunate my family is to have received the kind of care that we did".

Reply
Upvote
If the President loses the election, wouldn't Melania Trump still be the First Lady until the inauguration?

Reply
Upvote
@simple simon yeah, she will. I'm assuming they mean last two weeks with any 'power' or ability to get much done. I would imagine that if Trump loses, the remainder of her time in the White House will be spent preparing for the transition to the new First Lady.

Reply
Upvote
1 upvotes
@rush Or, hunkering down as Trump plans his coup...  :[]

Reply
Upvote
1 upvotes
@laura__palmer lol! Honestly, I have never been so glad to live in Australia as I have in the past year or so. We're not perfect by any stretch of the imagination, but when you see what's going on elsewhere, life looks pretty damn good.