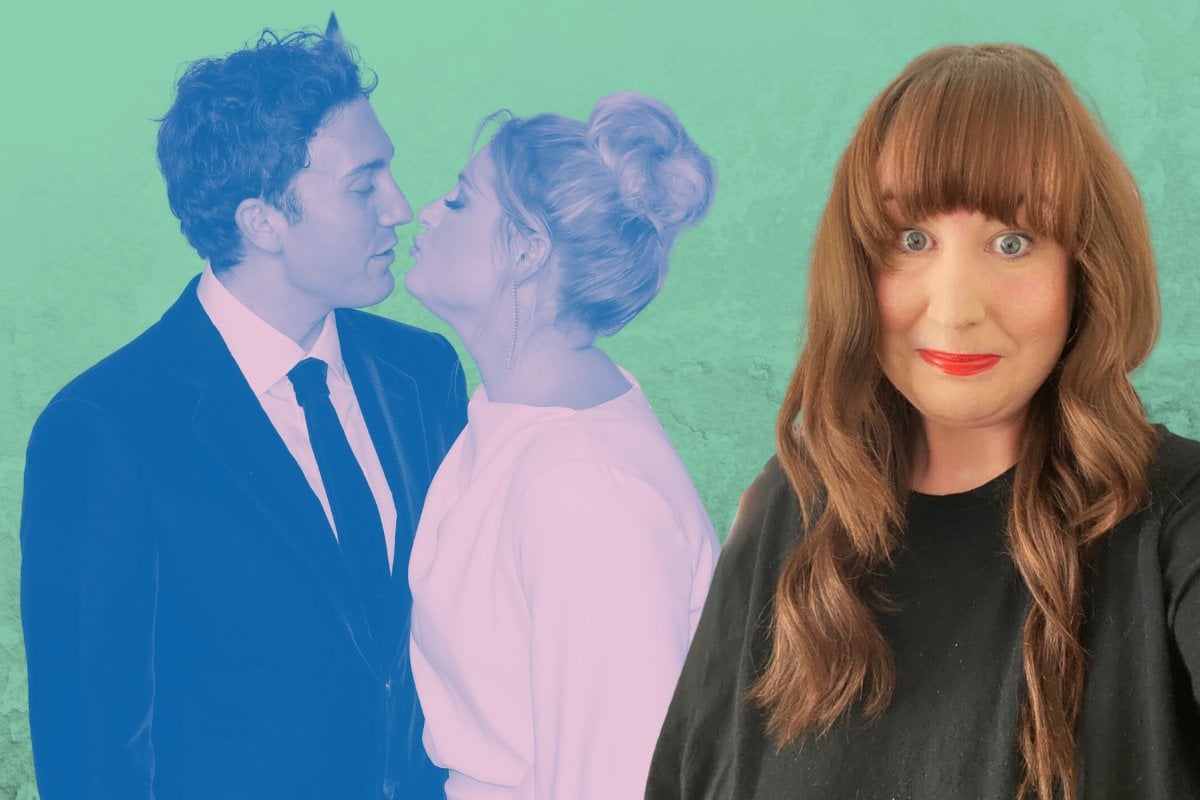 If you're a single gal watching the lives of couples from afar, it would be easy to assume they exist together in a loved-up paradise and never worry that they might die alone and have a neighbour's cat eat their face.

Except, it now appears that couples have been keeping some of their more questionable habits under wraps. Perhaps fearing that single folk will finally see through all their "I love doing life with you" Instagram garbage and cotton on to the fact that, yes, being married means you're not in danger of dying alone.

But there will come a time where you'll certainly want to.

The latest couple to pull back the curtain are Grammy Award-winning musician Meghan Trainor, the woman responsible for a number of bops including All About That Bass, and her husband Daryl Sabara, best known as the little boy with the curly red hair who starred in the critically acclaimed Spy Kids franchise.

Now, Meghan and Daryl have always been one of those celebrity couples who share even the most intimate parts of their love story. The kind of couple who make you wonder if all those rom-com tropes that were stuffed down our throats in the early 2000s are actually an attainable goal.

The couple were set up on their first date by fellow actress Chloe Grace Moretz, and said 'I love you' for the first time after knowing each other for only six days. After Meghan went through severe vocal cord surgery and could not speak for an extended period, Daryl learned sign language so the couple could use it together and still communicate with each other. Cute.

However, this next part of the story is where this so-called rom-com takes an unfortunate turn.

Listen to Laura Brodnik and Kee Reece discuss Meghan Trainor and Daryl Sabara’s unique bathroom habits on this episode of The Spill.

This week Meghan and her brother, Ryan Trainor, appeared on comedian Nicole Byer's podcast Why Won't You Date Me and there's a moment where Ryan, who apparently has had the knowledge of his sister's bathroom habits eating away at his soul for far too long, prompted her to share what really goes on in her marriage.

"We just got a new house, and we did construction," Meghan begins cheerfully, clearly not aware of the vocal violence she's about to inflict on the ears of listeners everywhere. "Nobody knows this, but in our bathroom there was one toilet. And a lot of times in the middle of the night when we're with the baby, we gotta pee at the same time. So I was like, 'can we please have two toilets next to each other?'"

Meghan went on to explain that she couldn't be expected to live in a house with one toilet per bathroom, even though that's the way the Lord and floor plans intended it.

So she asked the contractor, who surely doesn't get paid enough to deal with literal celebrity sh*t like this, if he could please fashion her the most unholy of bathroom setups.

Meghan reasoned that, after welcoming their first son Riley in February, the best way to co-parent was to drop a bunch of cash fashioning a dual bathroom set up so that the singer and the Spy Kid can defecate next to each other whenever the mood strikes them.

A sentiment that should definitely be embellished on a Valentine's Day card at some point.

Now, I've never raised a small human or loved another adult enough to want to make direct eye contact with them as we open our bowels in tandem, so maybe I'm just missing the magic that comes with sharing a kiss and a flush at the same time, but this strikes me as an odd way to consummate a relationship.

Up until being confronted with this new form of marital bliss, I'd assumed that when couples dropped their pants in the morning something a little sexier was at play, but obviously, I've lived a very sheltered life.

In this same interview, Meghan confirmed that not only do they poop side by side when the occasion calls for it, but if her husband happens to miss the main event, maybe because he's tending to their baby or catching up with Antonio Banderas, she'll call him over to 'see what came out of her'.

A situation the Disney movies conveniently left out after true love's kiss. 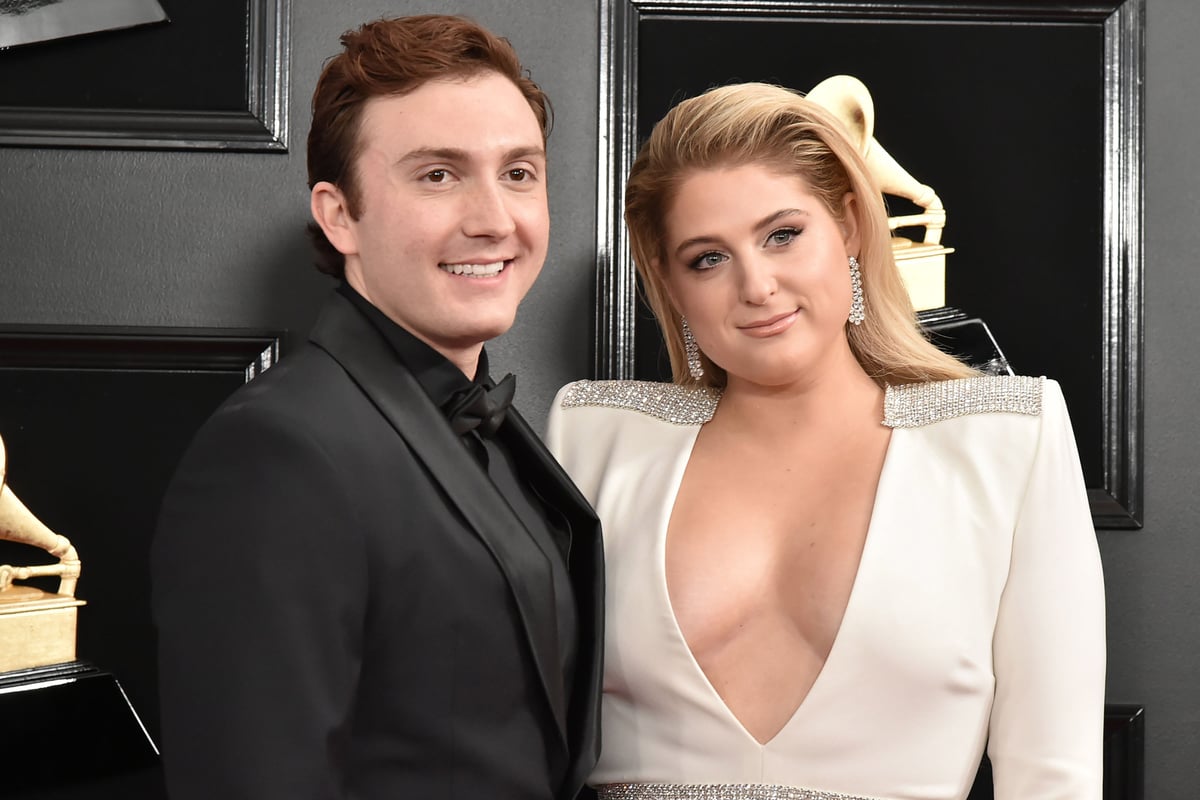 It seems an odd twist of fate that just this week I was chattering away to a friend, saying that as Sydney's lockdown is about to start easing it seemed like just the right time to get back in the dating game.

Except that the rules seem to have changed.

The questions used to be around sharing a bottle of wine, a second date, a holiday or potentially a future child.

Now the only relationship questions everyone apparently has to answer are 'do you want to remodel our bathroom so that we can expunge the waste from our bodies side-by-side until we die? ' and 'will the cash from our wishing well be enough to pay for that? '

Look, maybe there are people out there who look at Meghan and Daryl's conjoined bathroom habits and dreamily think 'that's the kind of love I want.'

But for me, if that's what comes with being in a relationship, I think I'd rather die alone and chance a neighbourhood cat potentially eating my face.

explain that she couldn't be expected to live in a house with one toilet per bathroom, even though that's the way the Lord and floor plans intended it.

I remember Grand Designs host Kevin McCleod being asked what one thing confused him most about modern home designs. He said it was that it's now common for homes to have more toilets than people. He went on to say that when he was growing up, the whole home had one toilet, and they all seemed to manage, and asked 'what is this obsession with toilets?
S
simple simon 10 months ago