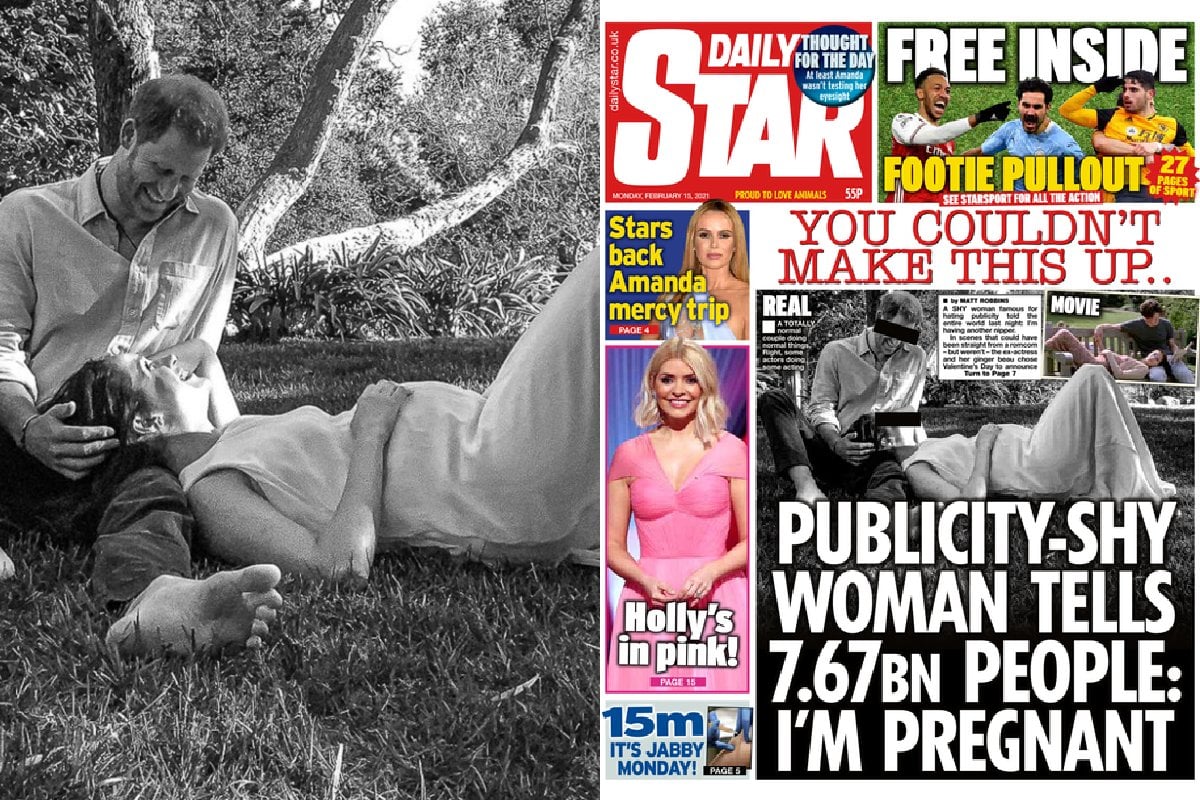 There's a royal baby on the way. And, in a refreshing turn of events, no-one seems to care much.

Just like in "real" life, first babies are big news, and subsequent ones are kind of... expected.

So when all of our news feeds (RIP) filled with the same black and white picture of Meghan, Duchess of Sussex, and Prince Harry, whom we shall never refer to as a Duke, lying on the grass under a glorious, soaring tree, barefoot on the grass, cradling a tiny bump and smiling with all those God-given big white teeth, we all clucked approvingly and went on with our lives. 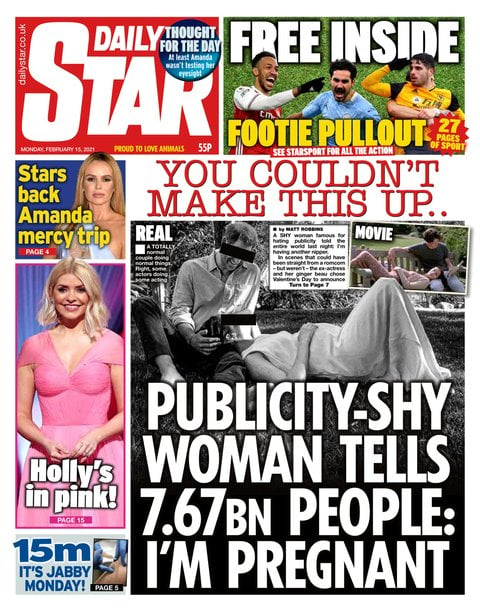 The Daily Star isn't really a big deal. It's a down-list tabloid that sells around 200,000 a day, which sounds like a lot until you remember its market - Great Britain - has a population of 66 million and the top-selling newspaper, The Sun (also a tabloid) sells about a million copies more every day.

But anyway, the provocative and cruel front page did its job, shared and shared all over the world as yet another example of the viciousness a certain section of the media holds for Meghan Markle, the "outsider" who dared to call them out on their hypocritical bullying.

Meghan Markle talks about her struggles in documentary. Post continues below.

Of course, there were also many words taken up with slightly less offensive reports in other publications along the same lines: Oh, Meghan, we thought you were private now? So what's with the glamorous photo-shoot? What's with this Oprah deal? How dare you be in that mansion in LA? How dare you be so happy? How dare you not NEED us any more? Etcetera. Etcetera.

But beyond the chattering of the scorned, there's a story in that picture that's not being told. One that many, many women know all the words to. 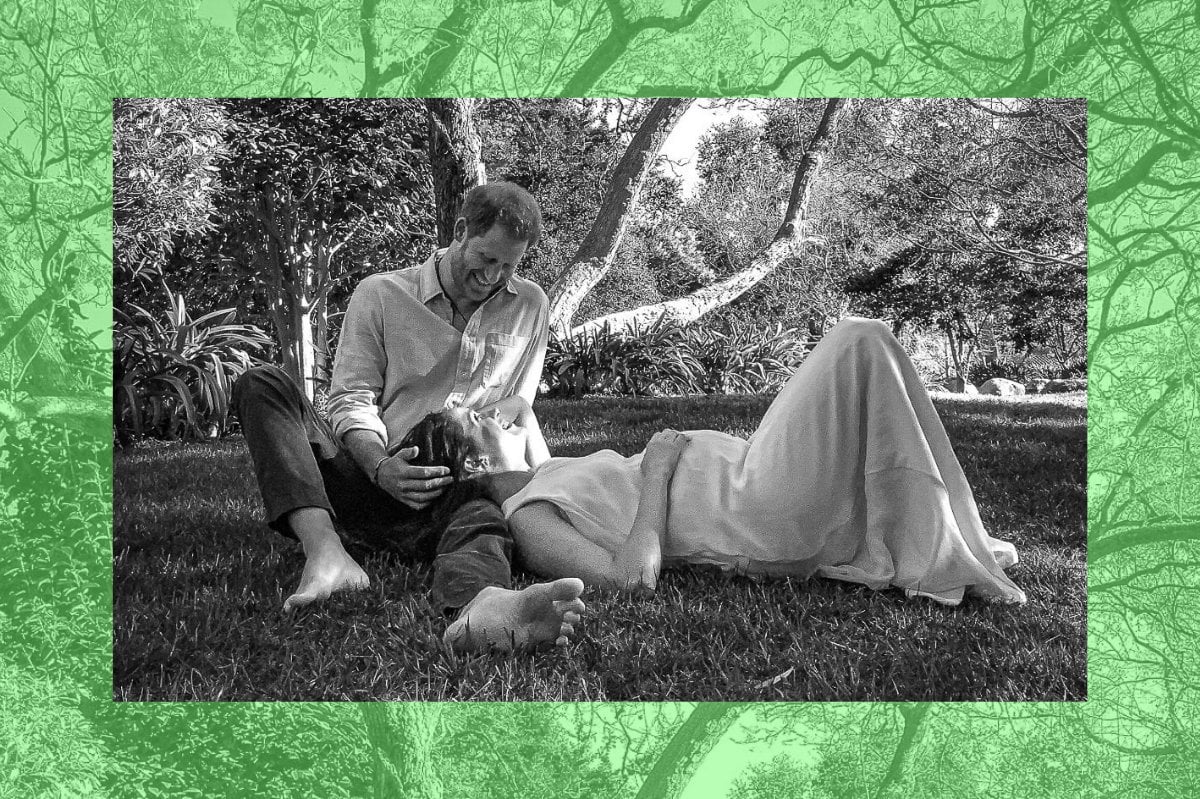 Last July, Meghan Markle had a miscarriage. It doesn't matter who you're married to, or how fancy your house is, losing a baby will flatten you. It's a pain that, as Mia Freedman has written about so perfectly, you carry with a toxic swirl of secrecy and shame. Talking about it is difficult because there isn't yet a standard script for the appropriate level of public grief of mourning someone you never met. Someone who barely existed, on paper, but whom you knew so intimately. Someone you had dared to imagine. Someone who, in your mind, you failed to protect, even inside your own body.

Meghan Markle is 39. That is not old. It is young. But when you are 39 and you want to add to your family and you have just had a miscarriage, everyone in the world will be urging you to get on with it. Not to "wallow". And you will be placing that same time pressure on yourself, as if there's a giant clock on the wall of every room and it's always five minutes to midnight.

I know, because that was me. And another word for "wallowing" might be "processing" but when you're an "older mother", there's no time for that. You're already pushing it. Marked "geriatric" on your file, ushered for extra tests, tormented by the statistics. If you're going again, how ever you do it, you'd better take that jump, now.

The story behind that stunning photo on the grass is one of bravery, positivity and fear. Because even if the whole world doesn't know your name, your father's issues and your fondess for avocado toast, after you have lost a baby, you will agonise about when it's the right time to tell the world that you're pregnant again.

Listen to the latest episode of Mamamia Out Loud, the podcast with what women are talking about. Post continues below.

You know what can happen. You know how seemingly quickly everything can shift. Your happy announcement can turn to the conversation no-one wants to have, all within the moment it takes to stand up from sitting down. Meghan Markle knows that. So does her Duke.

Anyone who says you can't be a "little bit pregnant" hasn't lived in that twilight world where you daren't let yourself believe that two lines on a stick might actually result in a tiny human in your arms.

They will have waited. They will have made a bargain between them about when this new baby was "real" enough to be discussed. They will have deliberately kept the dates to themselves. There would have been fear to swallow that it was all going to happen again. There probably still is.

So let's hope that Megahn and Harry don't read the Daily Star. I have a feeling that they don't.

Because the story behind that baby announcement photo shouldn't be one of resentment and pettiness. It's one about a very ordinary resilience. One that almost one in four women will face and yet we're only just beginning to openly discuss. That photo, taken remotely by a fancy photographer, is really just a very good-looking, pristine portrait of hope.

And maybe yours didn't look quite so shiny. I know mine didn't. But our bravery at feeling the fear and doing it anyway was every bit as beautiful.

The Queen just stripped Harry and Meghan of their royal titles. Their response was... sassy.