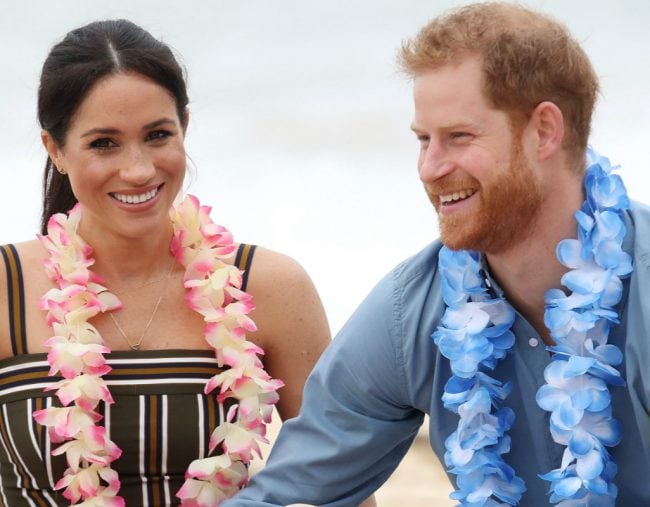 Prince Harry and Meghan Markle shared the happy news earlier this week that a new royal bub is on its way in autumn next year.

And with the Duchess of Sussex revealing to singer Missy Higgins she is four months along, we can expect that baby to be born around March.

The only question left is what gender will it be?

We expect the royal couple to keep a tight lip on their baby’s sex (if they even choose to find out), and so can’t really know if it’s a boy or girl until the little one arrives. But that doesn’t mean we can’t have fun trying to predict in the meantime.

While it may not be scientific, there’s a good reason (okay, a reason) to think it might get the sex of the next royal baby right. That’s because it correctly predicted the gender of all three of the Duke and Duchess of Cambridge’s three children.

For years parents have also been turning to a gender prediction chart, which is said to be based on the Chinese lunar calendar.

To find out if they’re having a girl or boy, all parents need to do is cross-reference the month they conceived with the age of the mother. The corresponding box is either blue for a boy or pink for a girl.

For instance, Prince George was born in July 3013 and likely conceived in October the previous year, when Kate was 30 years old. In the chart that corresponds to a blue box.

The chart's prediction and actual sexes also line up for Princess Charlotte, born May 2015 and Prince Louis, born in April this year.

Plus the chart correctly predicted Pippa Middleton and James Matthews's baby, born this week and likely conceived in January when Pippa was 34 years old, would be a boy.

So what's the verdict on what 37-year-old Meghan (who was 36 in June when their baby was conceived) will be having next year? According to the chart, it's a girl!

Have you found any old wives tales or predictors of a baby's gender to be accurate?