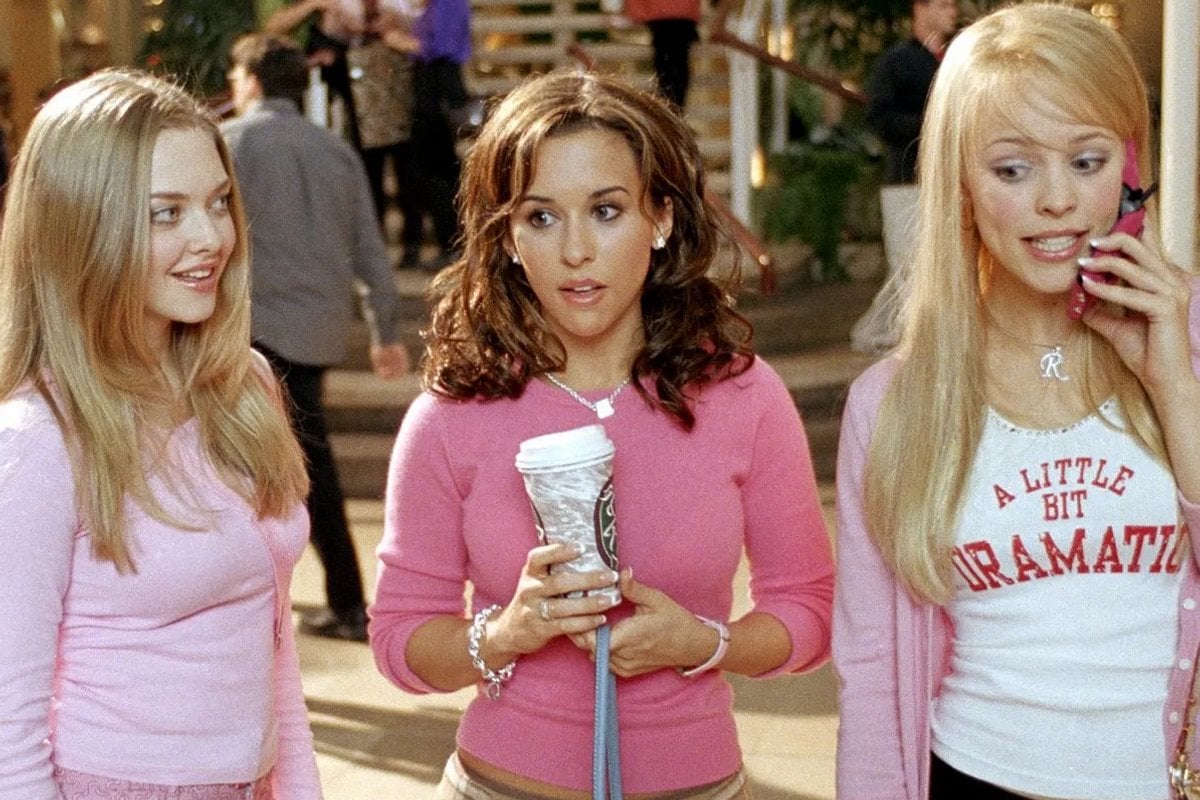 Almost 20 years on from its premiere, Mean Girls is still arguably one of the most quoted movies of all time.

When the teen comedy film was first released in 2004, it became a hit, earning $129 million worldwide and a number of awards.

Watch the trailer for Mean Girls below. Post continues after video.

Here are eight things you didn't know about the iconic film.

Lindsay Lohan originally auditioned to be Regina George, but after the release of Freaky Friday, producers didn't think the audience would believe her as a villain.

Director Mark Waters told Vulture, "Sherry Lansing, who was heading Paramount at the time, told us, 'We have to have Lindsay play the lead in Mean Girls. It’s just not going to work having her play the villain, because she now has an audience that won’t accept that.'"

Speaking to EW, Lohan said, "I wanted to play Regina. I had just played - in Confessions of a Teenage Drama Queen and Freaky Friday - not the cool girl in school. I was still 17 years old, and I wanted to be the cool girl on set."

2. But Rachel McAdams did.

Speaking to EW, McAdams shared: "Originally, I auditioned for Cady. Everyone was flipped around a little bit. I loved Regina, she seemed so deliciously wicked and borderline evil."

Before landing the role of Karen Smith, Amanda Seyfried had her eye on playing Regina George. In fact, she almost snagged the part.

Speaking to Vulture, director Mark Waters shared: "The person who was neck and neck for the role of Regina - and we agonised over which one we were going to cast - was Amanda Seyfried."

"Mark Waters was like, 'You have something I want. Let’s see if you work for Karen,'" Seyfried told EW. "He was so amazing. He saw comedic timing I didn’t see and thank God for that. You only get so many breaks in your life. I just wanted to be in the movie."

4. James Franco could have been Aaron Samuels instead of Jonathan Bennett.

"Lindsay recently told me that James Franco was considered for the role of Aaron Samuels, I thought that was so cool - Bennett was great but that would've been cool," Daniel Franzese, who plays Damien in the film, told Cosmopolitan.

According to Bennett, you can count on his resemblance to creator Tina Fey's former Saturday Night Live co-star Jimmy Fallon for being one of the reasons he landed the role over James Franco.

The movie was based on the book Queen Bees and Wannabees, which focuses on 'the ways in which girls in high schools form cliques, and on patterns of aggressive teen girl behaviour and how to deal with them'.

Remember Gretchen Weiners speech about the plastics' rules? Well, that was taken verbatim from the book.

6. Amy Poehler and Rachel McAdams are only seven years apart in age

But did you know that Poehler, who plays Regina George's mum in the film, is only seven years older than Rachel McAdams? Wild.

7. The movie was originally called Homeschooled.

According to the Huffington Post, Mean Girls was originally going to be called Homeschooled. The film was originally set to follow Cady Heron as she joins a local school after years of homeschooling.

The film's title was later changed after writers came up with the idea that Cady had grown up in Africa.

8. Tim Meadows' hand was broken before filming, which is why he was seen wearing a cast throughout the movie.

One week before filming, Tim Meadows, who played the principal in the film, broke his hand.

According to Tina Fey, Principal Duvall's carpal tunnel was put in the script to explain the injury.

"I tried to use real names in writing because it's just easier," Fey told EW.

In fact, Glen Coco is named after Fey's older brother's friend. "He's a film editor in Los Angeles, and I imagine it's a pain in the butt for him," Fey shared.

Likewise, Janis Ian is named after the musician, while Damian was named after Fey's high school BFF Damian Holbrook.

10. The film originally had an R rating.

The Motion Picture Association of America MPAA wanted to rate the movie R, leading to Tina Fey having to fight for its PG-13 rating to reach the movie's intended audience.

This meant some of the film's lines had to be changed.

In fact, the line 'Is your muffin buttered?' was originally 'Is your cherry popped?'

While there is a Mean Girls 2, Tina Fey did not write it... and it is nowhere near as iconic.