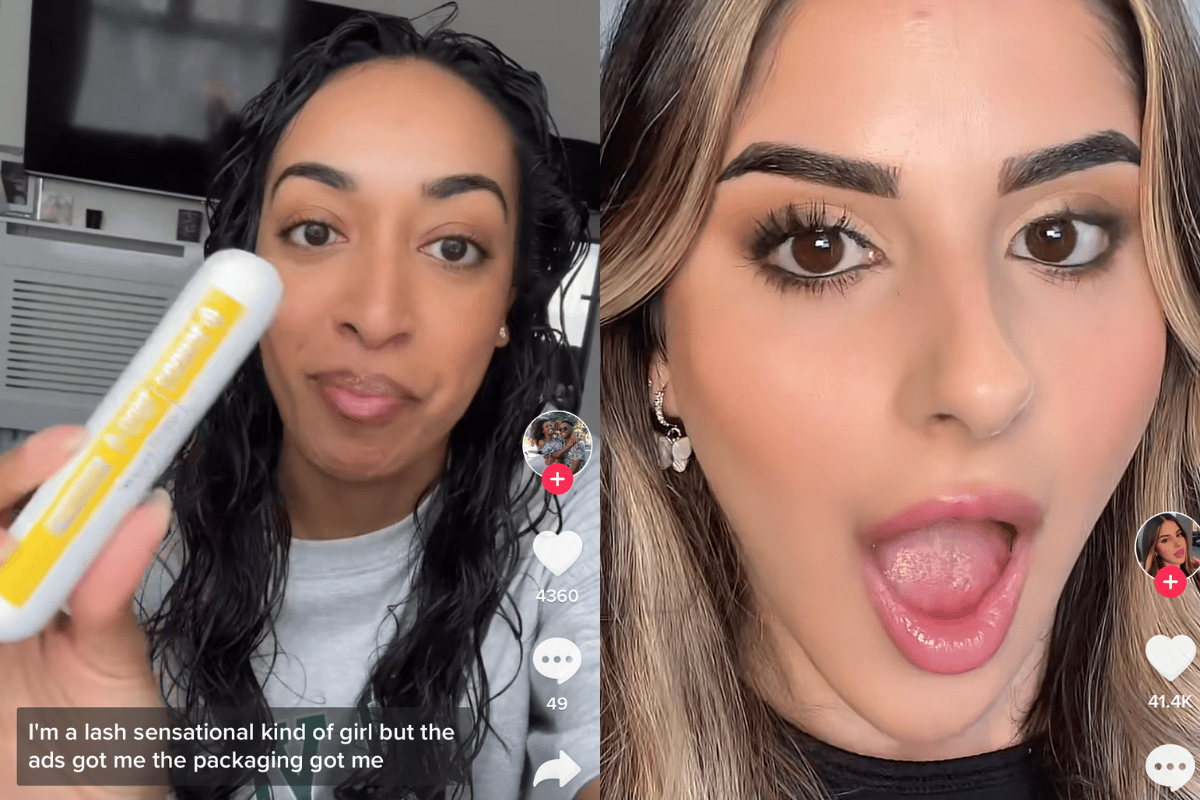 Yep, I really did try the three buzzy mascaras for you. Because you know who wants to spend a heap of money on a small tube of formula, only to find its utter poo? Nobody. That's who.

But that's why you have me. Because I try a lot of buzzy new beauty launches – including mascaras – for the sole reason of being able to tell you if they're worth your money. Also, because, fun. But mostly the first bit.

Watch: 'I tried the lube makeup trick. And the results kinda surprised me. Post continues below.

And because the mascara launches have been going OFF recently, I think it would be handy to sit down with a cup of tea (kidding, it's whiskey), a coupla mascaras and suss out what's actually good.

One in particular I want to talk about, is the new Maybelline Colossal Curl Bounce Mascara. It's *literally* EVERYWHERE on TikTok.

So, since it shimmied its way across my desk, I thought I'd give it a whirl – along with two other viral mascaras – and tell you my real, honest thoughts on each. 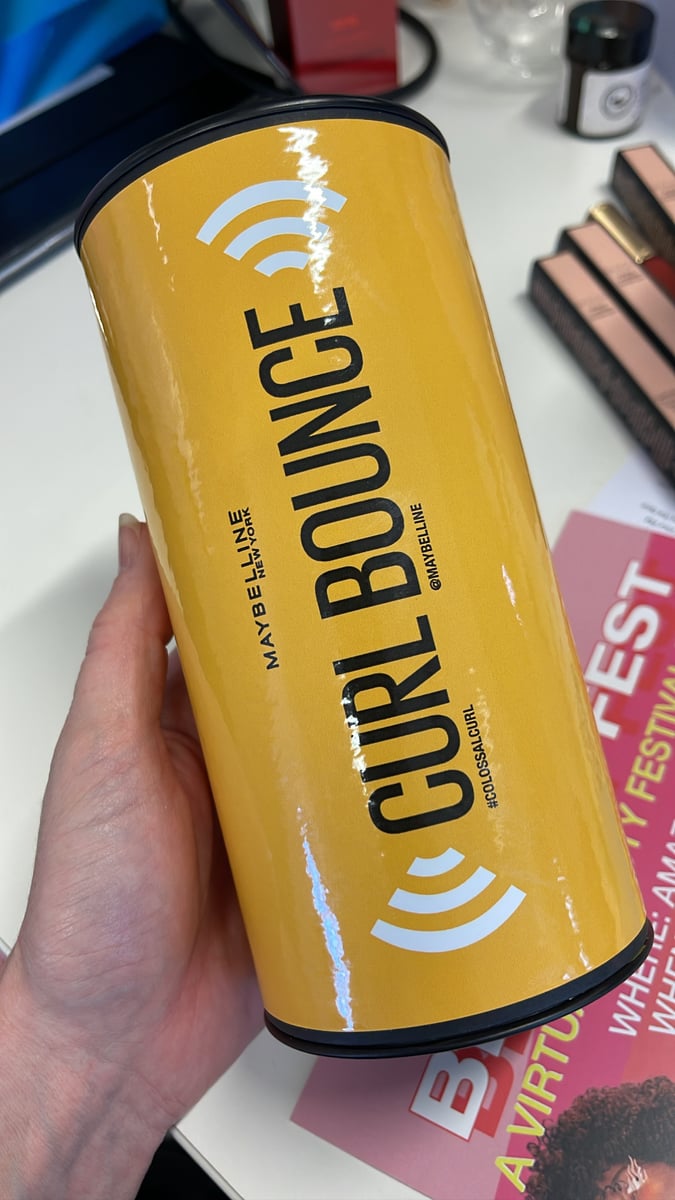 Just a note on my lashes: They're actually a little longer than they appear, but they're blonde at the tips (weird flex) so they look pretty... average length. They do have a bit of a natural curl though – not anything impressive, but they're certainly not straight.

We all know Maybelline makes great, affordable mascaras – the viral classic Sky High Mascara from Maybelline went OFF last year. Everyone was talking about it. Hyping it up. Wanted it on their face. It even sold out a whole bunch of times.

More recently, Maybelline has released a new contender, and it's gaining A LOT of hype on TikTok. Dare we say, maybe even more than Sky High Mascara.

It's called the Colossal Curl Bounce Mascara, and it's $24.95. (This is the washable version – there's also a waterproof formula). 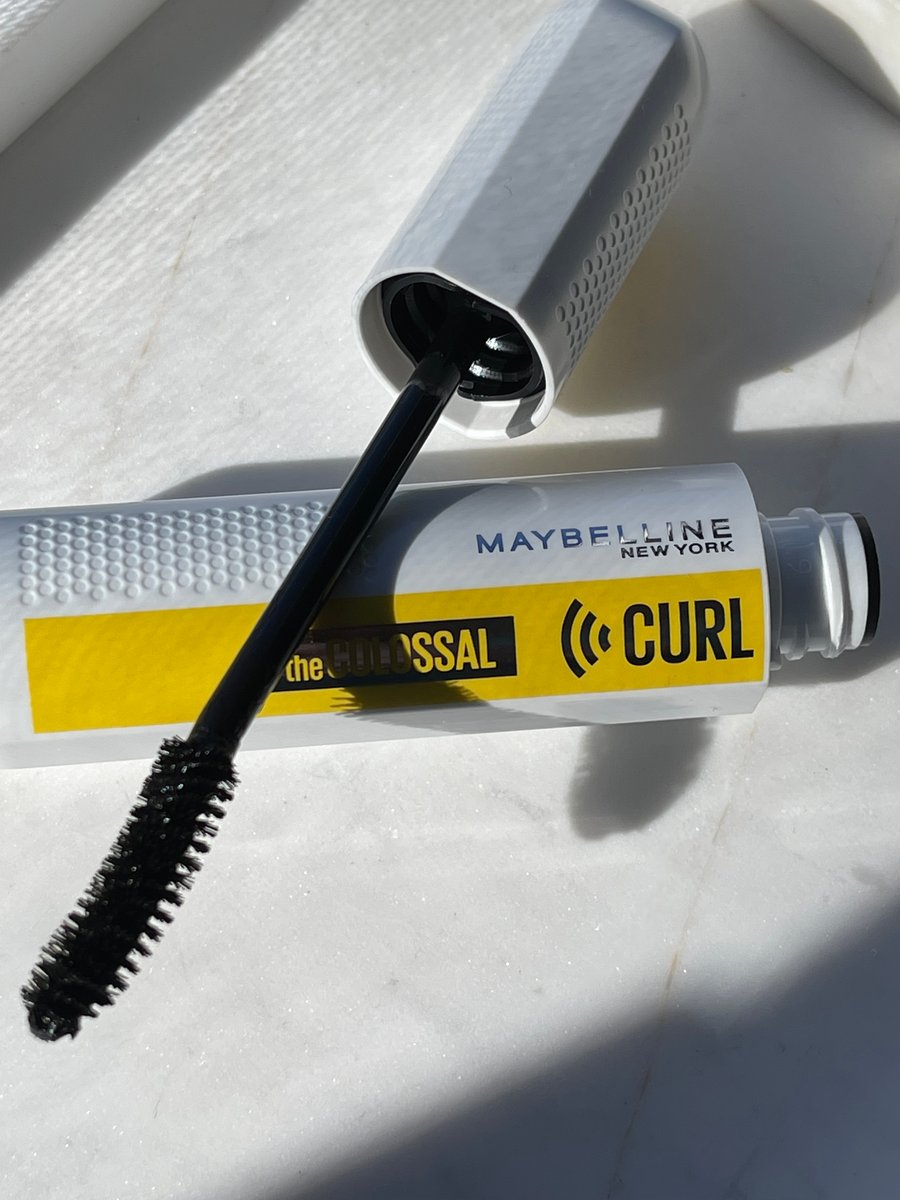 So, what's so good about it? Is it really as good as some of the other high-end options out there?

Well, people are raving about how it apparently acts like a lash curler - making your lashes look super voluminous and bouncy. It's supposed to be a dream for those with short, straight lashes, because it does all the heavy lifting without the unwanted clumpy look.

But, as we all know - sometimes it's really hard to know if the hype on TikTok is actually... real hype. Or just, y'know, paid content hype.

So, I was keen to give it a go and see how it would compare to Sky High.

The first thing I noticed was how different the formula is to the Sky High formula – it's way thicker. But in a good way. I also really liked the clever design of the brush - it has a kinda curvature shape and fat, traditional brush bristles which I LOVE, making it easy to grip onto all your lashes as you apply.

Now, the results. Let's talk about them.

I applied three coats of the stuff and found that my lashes still looked nice and wispy and separated, with volume at the base and a defined curl.

I then went in with a few more coats to see how things held up, but found things got a little too clumpy for my liking – so I reckon three coats is the sweet spot!

Here's what my eyelashes looked like before and after applying Maybelline Colossal Curl Bounce Mascara: 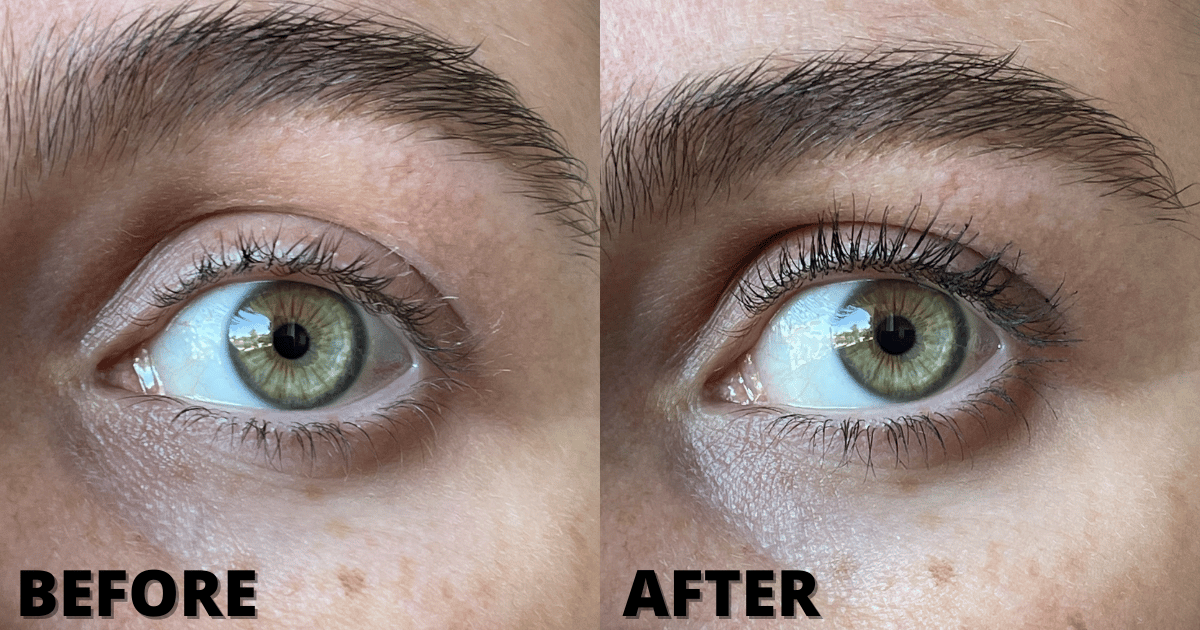 Image: Before and after trying the Maybelline Colossal Curl Bounce Mascara

It's definitely a very different formula to Sky High Mascara, in that it's more about volumising and curling as opposed to lengthening lashes.

Overall, I was pretty impressed with this guy! It gave my lashes a nice lift and curl and it wore well throughout the day – there was minimal flaking/smudging/other annoying BS. However, I'd say if you have straight lashes, you might still need to go in with a curler for more definition - but again, everyone's lashes are different!

Benefit recently released a waterproof version of their cult BANG! Mascara – and look, at $44, it's definitely at the pricey end of the mascara spectrum, so I really didn't want to love it.

But I gotta say, the hype is pretty legit. 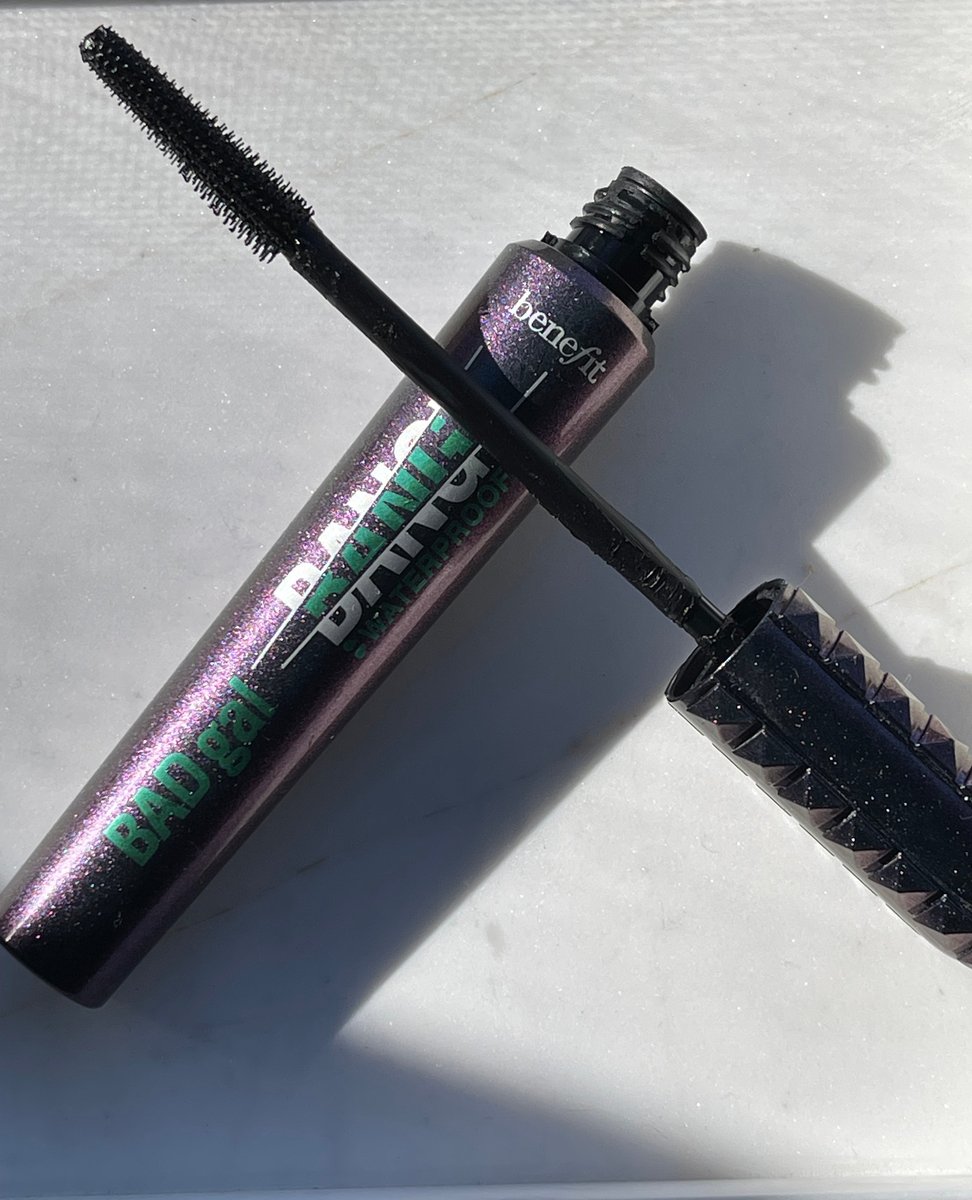 I found that it perfectly volumises my lashes at the base, making it look like I'm wearing eyeliner, which I LOVE (cause I like to wear eyeliner everyday but find it a *pain*). It also fans out and separates my lashes, for that doe-eyed Bambi look.

As for the wand – I usually hate these rubbery/flexy brushes with super small bristles, but found this one actually coats each lash pretty easily without trying to manoeuvre it in weird positions.

Here's what my lashes looked like before and after applying Benefit Bad Gal BANG! Waterproof Mascara: 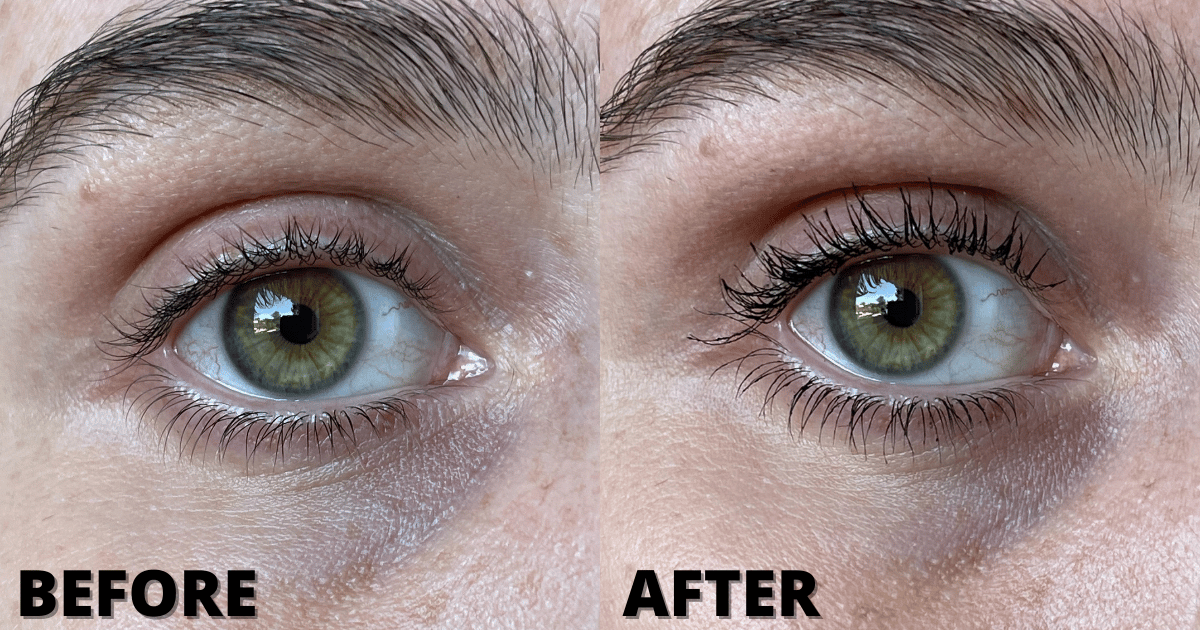 My only qualm is that it's *extremely* hard to remove at the end of the day. Like, I know it's waterproof, but ooft it takes some serious elbow grease. And even when I think I got it all, I wake up the next morning with that smudge-y Kate Moss-y kinda look.

Benefit recommend using waterproof or bi-phase eye makeup remover, but even using this takes some time.

On the plus side, it's GREAT for crying. Like, really top-notch stuff.

Now, I'm quite a fan of Milk Makeup's Kush Mascara, $39 – it's another cult formula that people harp on about, so I was excited to hear about their recent launch, Milk Makeup RISE Mascara, $43.

And seeing as everyone with a face has tried it on TikTok and raved about how good it is for subtle volume and lifting, lengthening and curling – I knew I had to give it a whirl. 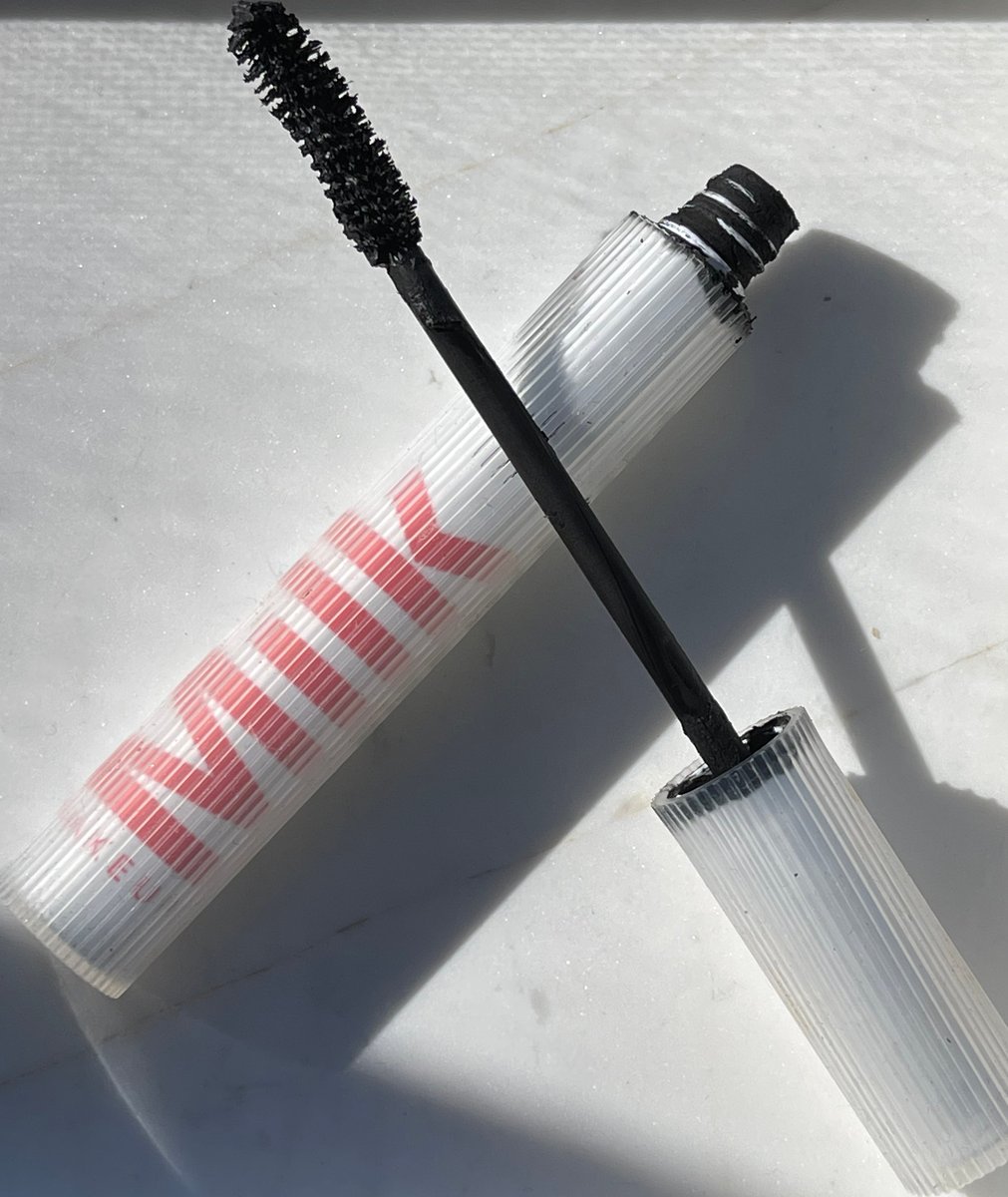 Unlike their cult Kush Mascara, $39, it’s more of a lifting and lengthening mascara as opposed to a volumising mascara. The wand is also really different – it has a similar C-shaped kind of wand to Maybelline Colossal Curl Bounce, and it effectively manages to get every lash with ease.

It feels lovely and weightless on your lashes (almost like you're not wearing anything), although it can be a teeny bit clumpy upon application. In saying that, I found that it didn't smudge and flake during the day - so that's just a really good time in itself.

Here's what my lashes looked like before and after Milk Makeup's Rise Mascara: 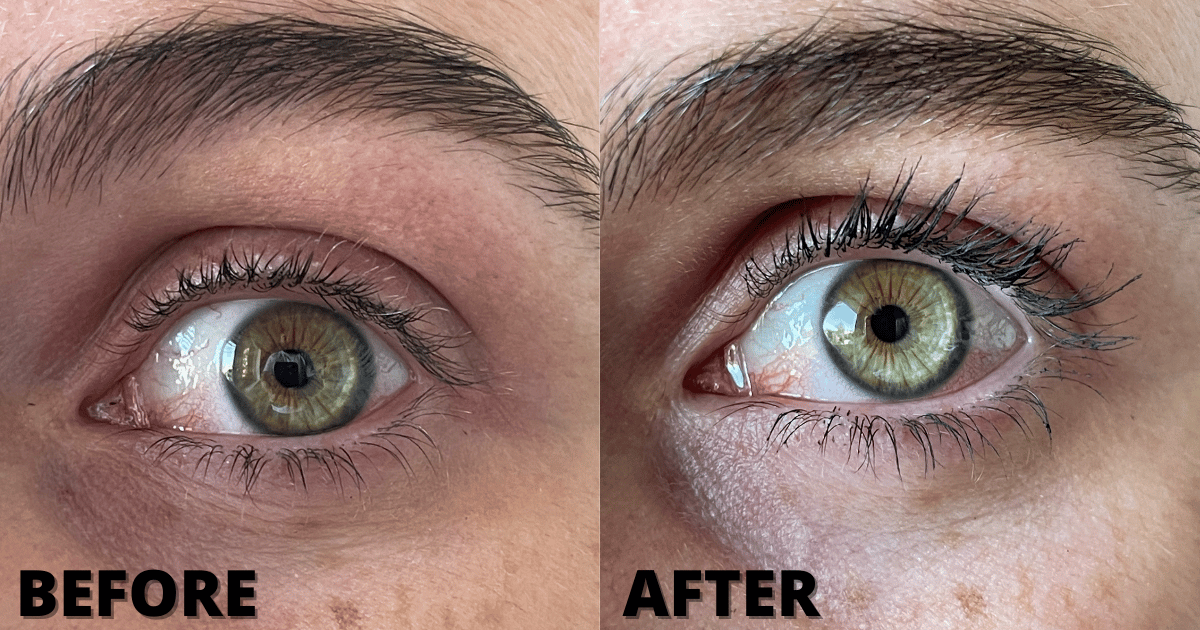 Pls excuse the severity of my bloodshot eyes. Lol.

One thing I didn't like? While the packaging is cute and unique and easy to find in the black hole that is my makeup bag, things got really... messy.

I found that each time you pull out the wand; you have to wipe some of the excessive formula back into the tube - but instead of going back into the tube, it kinda just... squishes out and gathers around the top and underneath the rubber.

It's ultimately a super picky issue – but I'm also a Virgo, so.. you know.

Have you tried any of the above mascaras? What are your thoughts? Share with us in the comment section below.

Reply
Upvote
I love the Sky High mascara so defintely want to try this one. I was a big fan of Benefit They're Real for ages but can't afford it anymore. Sky High is a great dupe though. I'd like to try that Milk Makeup one though, if I had the $$.
L
laura__palmer a month ago