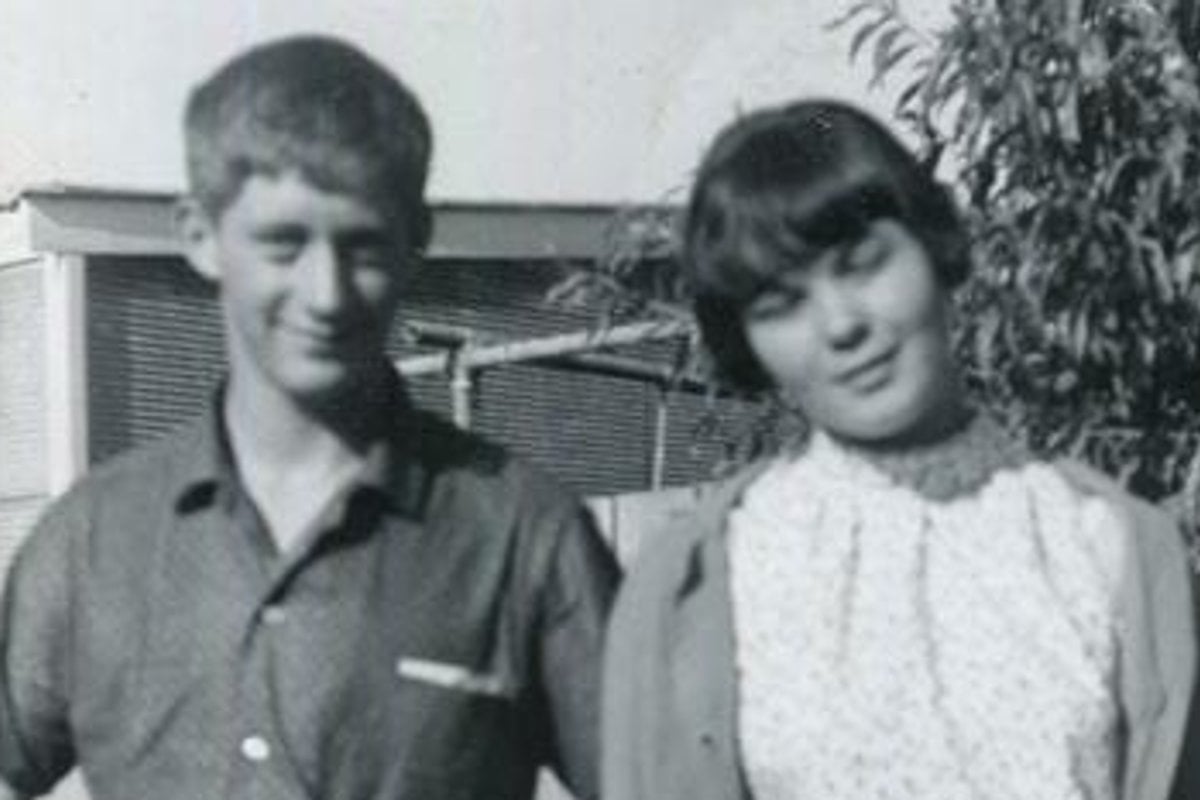 On the evening of Saturday, November 23, 1968, 17-year-old Allan Whyte and 16-year-old Maureen Joyce Braddy attended a dance at the YMCA hall in Bendigo, Victoria.

The nature of their teenage relationship is unclear. Some believe they were just friends, others say it was more romantic.

Either way, the teenagers never returned to their respective homes that night. More than 50 years on, their bodies have never been found and their families are still searching for answers.

Initially, many people, including police, believed they had run away together. This belief meant there was no adequate investigation into their disappearance until a decade later, in the 1990s. Ultimately, a 2014 Victorian coroner report concluded there is no evidence to suggest they wanted to run away together. 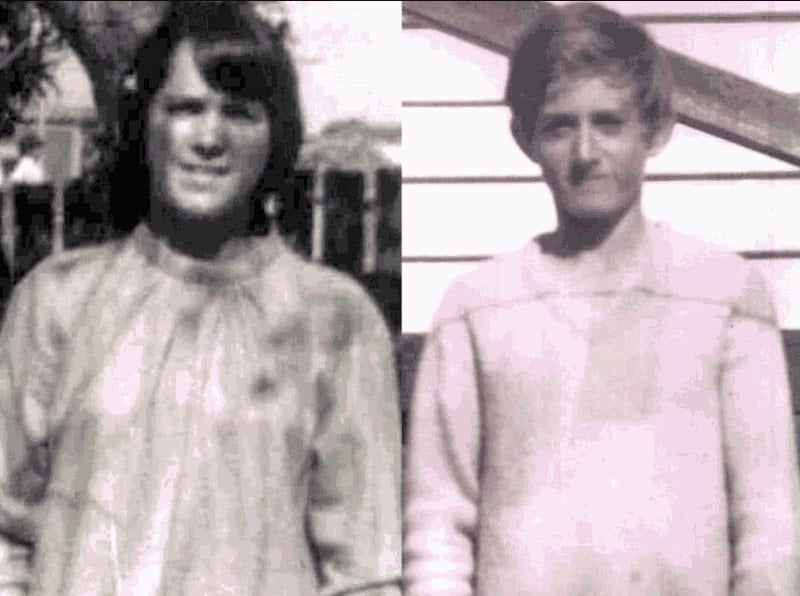 Instead, the coroner concluded they likely met with foul play and that it was likely they died the night of the dance. But their families have never given up hope of getting answers.

Now, a photo taken over 50 years ago has police hoping for a breakthrough in this cold case.

On Thursday, Victoria Police released a photograph of a young man and woman that was handed to them two years ago. The missing persons detectives have been told the photo was taken at a boarding house in Aberdeen St, Geelong in 1968.

The image shows two people who fit the description of the missing pair.

The writing on the back of the photo is also of note.

"Neil and Kay. Kay is asleep on her feet, Neil is supporting her with his elbow," it reads.

Victoria Police are desperate for information from anyone who may have known Neil or Kaye.

The photo has been with the police for two years now, but forensic analysis could not confirm if the pair in the photo are actually Allan and Maureen. 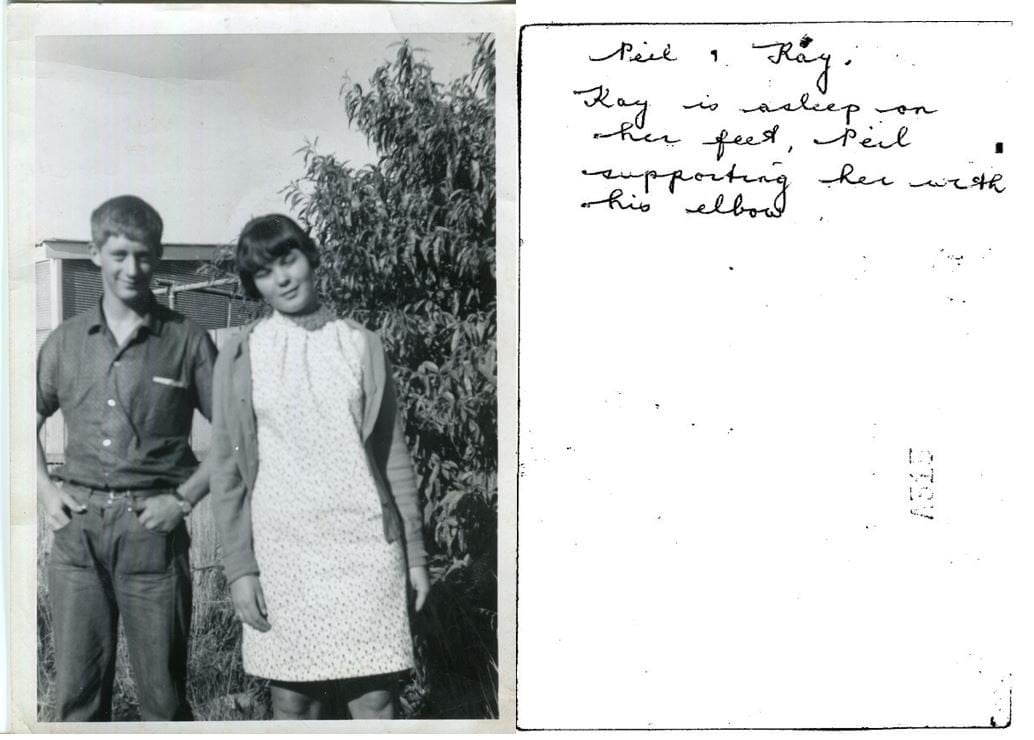 "Neil and Kay. Kay is asleep on her feet, Neil is supporting her with his elbow," it reads.

What happened to Maureen Braddy and Allan Whyte?

Maureen Braddy was "quiet, reserved, shy, reliable, responsible and obedient girl," according to the coroner. "She was not streetwise or adventuresome and did not have a wide circle of friends or contacts." She had worked for an egg packer company since April 1968.

Allan Whyte's friends and family described him with a similar nature, saying he was "family orientated, shy and quiet". He also did not have a wide circle of friends. He began working at the same egg packer company as Maureen, three weeks before their disappearance.

On the night of November 23, 1968, all evidence suggests their disappearance was completely out of character. They had left their belongings behind, making them entirely ill-equipped if they had been planning to run away together.

One neighbour, Judith Paynting, says she heard screaming and gunshots coming from the Braddy household on the night of the teenagers' disappearance. However, police question the validity of her account.

Nevertheless, the most likely scenario circumstance is foul play, according to the coroner.

The main suspect in the case has been Maureen Braddy's father, whose behaviour "at the time of the disappearance and the time subsequent is highly suspicious".

Braddy did not report his 16-year-old daughter as missing when she failed to come home, and also did not make any enquiries with her friends as to where she was.

The day after the teenagers disappeared, he told police he had been searching for them in his car, trying to locate his missing daughter. His wife and eldest daughter, however, say he was actually at work, according to the coroner.

Braddy's family described him as a "loud, strict and domineering parent who was prone to violent outburst that included physical abuse".

A neighbour of the family, Ngharee Todd, said that out of the 10 kids in the Braddy household, "Maureen was the one to stand up to her father".

It's also understood Braddy has been entirely uncooperative with investigations into the mysterious disappearance of his daughter.

In fact, the coroner stated: "I found him to be a most unreliable witness who had no interest in assisting either my inquiry, or that of the police."

It seemed this unwillingness to discuss his missing daughter extended beyond police investigations.

Friends and family of Braddy say he has barely spoken about his daughter since she disappeared, and that when the conversation would come up, he tended to change the subject or outright refuse to discuss the matter further.

A $1 million reward remains on offer for information relating to the disappearance of the teenagers. Anyone with information is urged to contact Crime Stoppers on 1800 333 000.