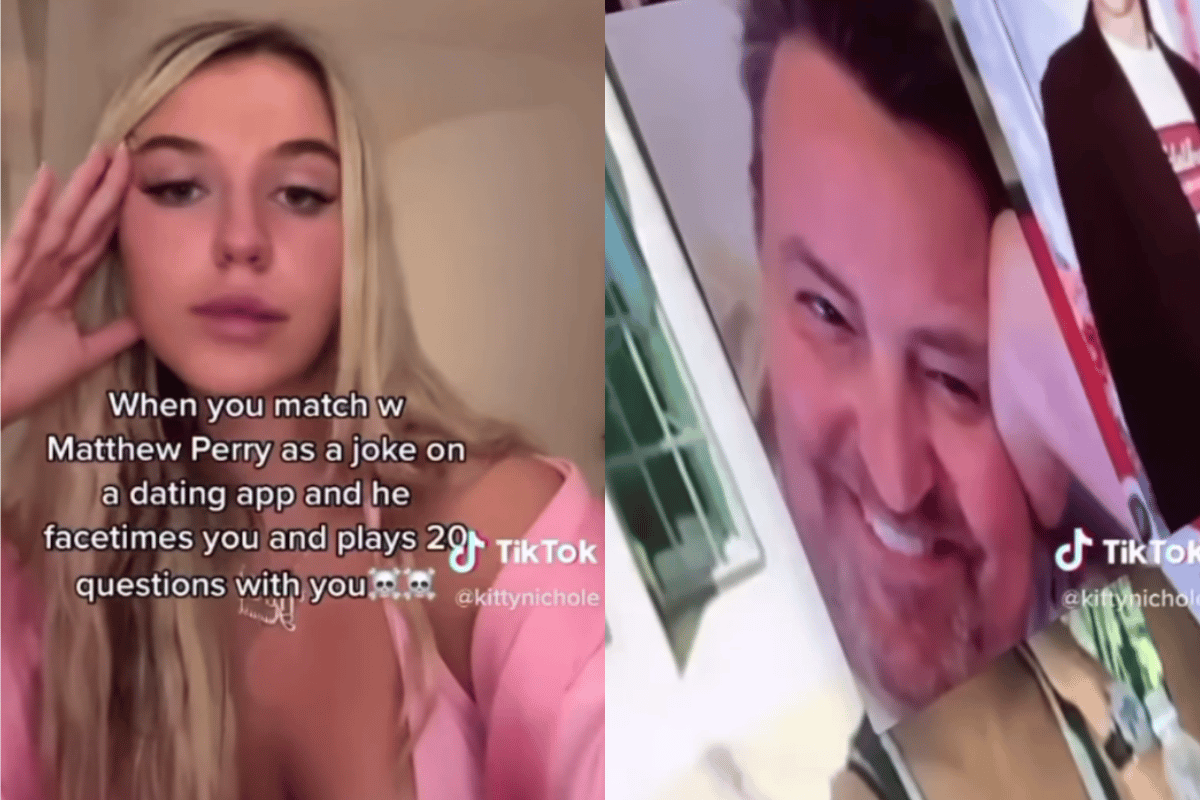 A TikTok user has shared a very awkward video call she had with Matthew Perry after matching with him on the Raya. And it's incredibly hard to watch.

In the now-viral video, TikTok user @kittynichole shared footage of the Friends star flirting with her during a FaceTime call after they met on the exclusive dating app.

"When you match with Matthew Perry as a joke on a dating app and he FaceTimes you and plays 20 questions with you," she wrote at the start of the video, which appears to have been removed from her account.

It then cuts to a very cringey clip of Perry asking her "Do you always play with your hair this much?"

"Umm, I guess so, yeah," she replies, laughing. 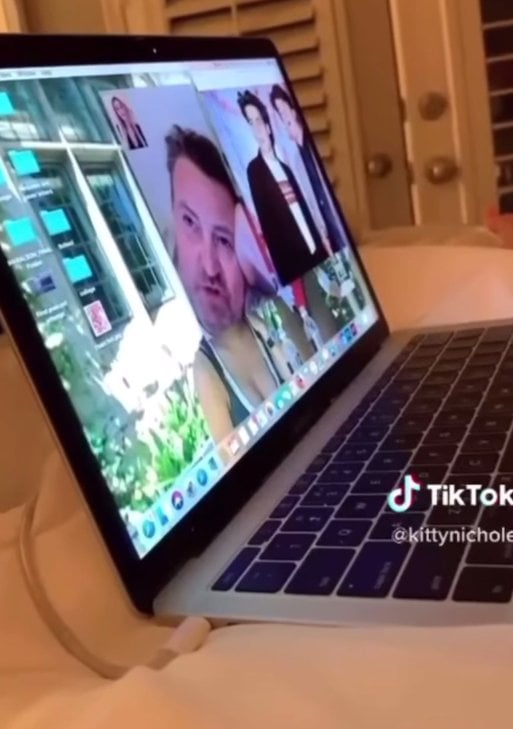 It's not the first time a middle-aged male celebrity has made headlines for their awkward encounters with women they matched with on the app.

Earlier this week, TikTok user @nivinejay shared a video explaining what happened when she matched with actor Ben Affleck, who broke up with actress Ana de Armas earlier this year.

"Thinking of the time I matched with Ben Affleck on Raya and thought it was fake so I unmatched him and he sent me a video on Instagram," she wrote in the video.

Nivine then shared footage of a video Affleck apparently sent to her on Instagram, where he's heard saying, "Nivine, why did you unmatch me? It’s me."

It seems there was more to Beck Zemek's cheating video that we didn't get to see on MAFS.

In case you missed all the drama, Beck was seen kissing another guy in a video she filmed while back home in Perth looking after her sick dog. However, when she was confronted with the video at the MAFS reunion in front of Jake she initially claimed it was... her brother.

Of course, that didn't go over to well.

However, speaking to Yahoo! Lifestyle, the 27-year-old claimed that the video was edited by the producers.

"[Producers] did kind of change the footage into a 'shocking' way for it to look and sound like it was more than what it was as well," she told the publication.

"It went for six minutes all up because it was still recording so there's more to it, and everyone would have seen the truth and the story within that, but that doesn't make for good TV right?" she added, without explaining what 'the truth' really was.

Beck went on to claim that producers even edited the sound to make the kiss seem different to what it was.

"They've edited it together to make it sound like there's something more going on, you can't see anything... it's not a sexual kiss," she said.

While the changes to the video haven't been confirmed, it's not the first time the show has been called out for its editing.

Melbourne-based influencer Steph Claire Smith and her husband, Josh Miller, have welcomed their first child together, a baby boy.

On Thursday morning, Steph uploaded a photo to Instagram, announcing the exciting news and the name they chose for their son.

"Meet our little man," the co-founder of fitness empire Keep it Cleaner wrote.

While her husband, Josh Miller, shared another cute snap.

The couple tied the knot back in November 2019.

4. Oh. A shirtless Matt Damon scene was cut from Bridesmaids.

In 2011, the hilarious comedy Bridesmaids hit our screens. Now, 10 years on, the director of the film, Paul Feig, has revealed that Matt Damon was supposed to appear in it. Shirtless.

In a recent interview with Insider, Feig explained in *that* hilarious scene where all the bridesmaids try on dresses and get food poisoning, Damon was supposed to appear. 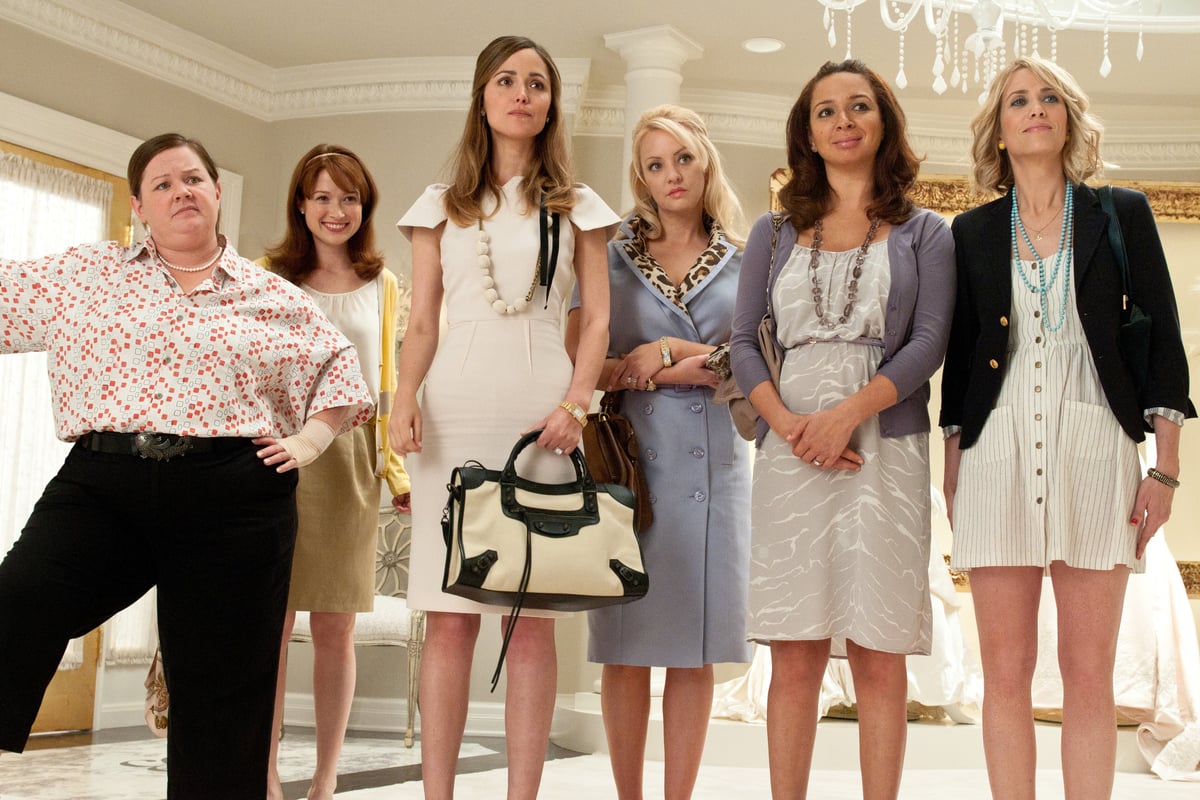 "So we had this bit about tiny shrimp forks. It was really funny," Feig told the publication. "We shot it at a Macy’s in the middle of the night. That just got cut because we had too much movie.

"After that, we go into the dress shop. Annie (Kristen Wiig) goes in the dressing room to try on this really expensive dress, and suddenly she has a fantasy of what her life could be in this dress.

"It’s this romance feel, with her running through the woods, and Matt Damon is shirtless, chopping wood."

Feig explained that during script rewrites, he and producer Judd Apatow believed the scene needed something more.

"There needed to be a consequence to Annie’s actions, and she needs to be humiliated in front of Helen (Rose Byrne) and the other bridesmaids. So we came up with the food poisoning," he said.

"But here’s the thing: Everyone remembers all the sh*tting and farting and throwing up, but the only reason that scene is funny is because Annie will not admit that she f**ked up," Feig continued.

"We always felt there needed to be a moment when Annie is just like, 'I’m fine. That restaurant was great.' Despite her friends sh*tting and puking in this very white place."

He also assured lovers of the film (aka us) that if they'd actually filmed the scene with Wiig and Damon, the scene would've been in the movie.

"If we shot with Matt Damon, you would see that scene," he added.

5. 13 ex-Bachelor contestants who have gone on to have kids.

It's been a big year for Bachie babies.

Sharing the news on Instagram, Tara wrote "Welcome to the world Paddy George Shepherdson. Words can’t describe how beyond in love we are with you. We are so grateful that you arrived happy and healthy and we will love and protect you forever."

And they're not alone.

While the show hasn't always created lasting relationships, it has led to some pretty cute babies.

Here's all the former Bachelor and Bachelorette contestants who have gone on to have kids.

Mary Viturino's hilarious commentary quickly cemented her as a fan favourite on Matt Agnew’s season of The Bachelor.

It was a talent she put to use again during the latest season of Bachelor in Paradise, where she met her now partner, Conor Canning.

The couple, who are currently living in Tasmania together, announced they are expecting their first child together in October.

"I know I haven’t been active lately, so I’m happy to finally be able to share the news that Conor and I are having a baby next year," Mary wrote on Instagram.

Sharing the exciting news on Instagram, Mary wrote, "[Conor] and I present to you Summer Elizabeth Canning. 6 weeks earlier than planned but she is doing such an amazing job. I feel like she’s already a daddy’s girl. Chanel can’t wait for a cuddle".

For more Bachelor contestants who have gone on to have kids, read our earlier article here.

Reply
Upvote
Agree these dating videos are super cringey and these A-listers have been too reliant on their fame to get them over the line, for too long.
But, they're also an epic humble brag, with an extra dimension of being a little bit mean thrown in.
E
elizabethtaylor 9 months ago

Reply
Upvote
3 upvotes
It seems crazy to me that people are filming each other without consent and sharing the content online. It’s not like these guys did anything wrong, so it seems like an invasion of privacy. If they were doing something wrong, fair enough, but this seems like the woman are posting with the intention of embarrassing the guys - and since they are famous men people are paying attention.