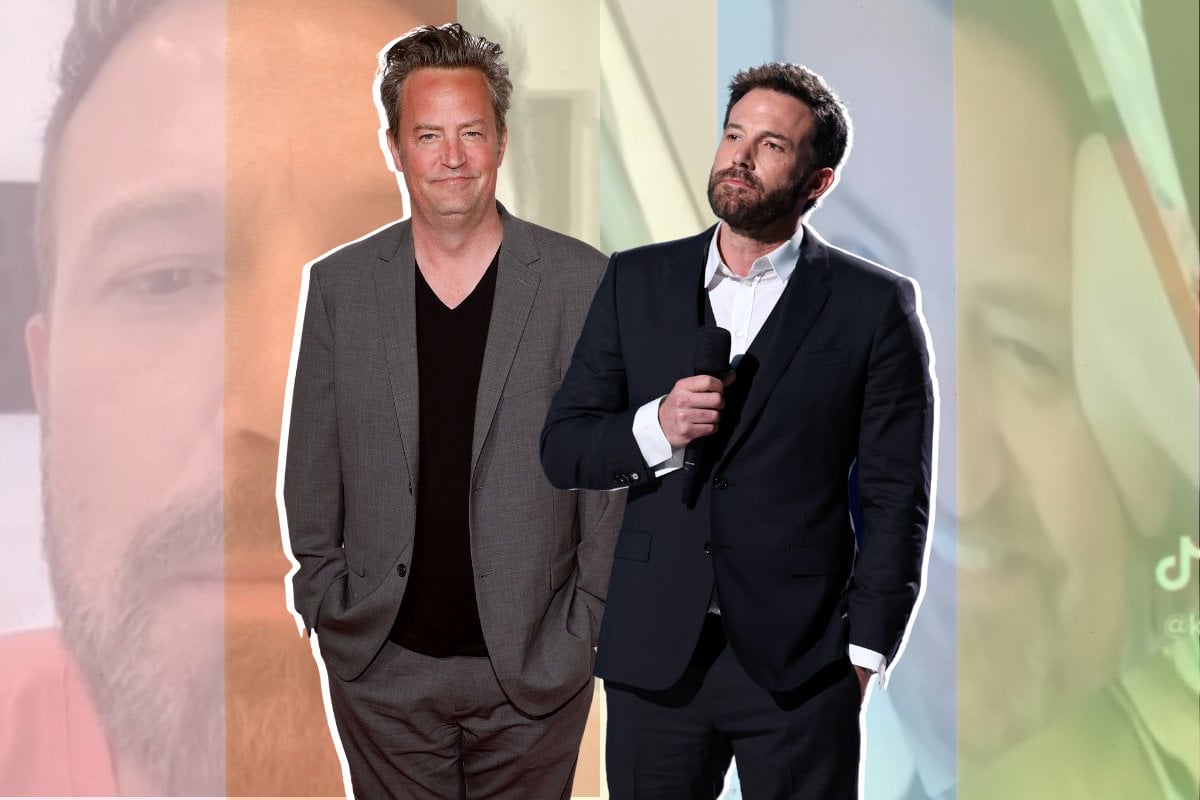 Right now, there may be many single celebrities on edge.

Early in May, a video Ben Affleck sent to a young woman who unmatched him on the exclusive dating app Raya, because she believed it was a catfish, went viral.

Shared by model and author Nivine Jay, Affleck asked: "Nivine, why did you unmatch me? It's me."

Watch: The horoscopes when dating. Post continues below video.

And with that, the private dating habits of A-listers became fair game across the internet.

A couple of days later, celebrity personal assistant Kate Haralson shared a video from May 2020, when she was 19 years old, having an awkward FaceTime call with 51-year-old Matthew Perry.

She has since deleted it, but in the video, she and Perry are playing a game of '20 questions'.

Haralson has said she was inspired by Jay, but both have different reasons for sharing their interactions.

The scream I just screamed pic.twitter.com/YSpFntKEJs

Jay (whose age hasn't been confirmed anywhere, but appears to be 29) told E! News she meant no ill will towards Affleck, 48, and was surprised by negative comments towards him on social media.

"I'm seeing a lot of comments calling him a creep and l don't think that's fair. l wasn't making fun of him in the video," she explained.

"l was making fun of myself for thinking he was a catfish and it was just supposed to be funny."

Meanwhile, Haralson said she hoped sharing her experience with the Friends star would expose how older men in Hollywood are "taking advantage" of younger women on dating apps.

"A lot of people were saying I'm a bully and mean for posting this, and it made me feel kind of bad, but at the same time, I feel like a lot of guys in Hollywood are talking to all these young girls and it's something that I think a lot of people should be aware of," she told Page Six. 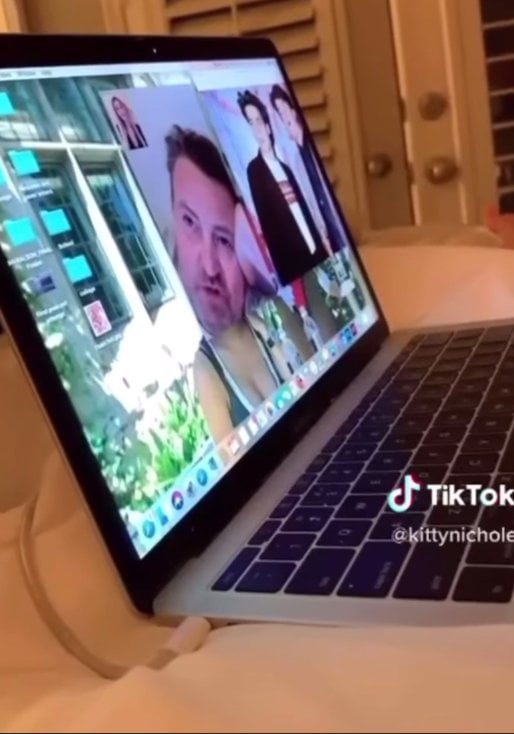 She said she matched with Perry because she thought it would be "funny", and he asked to FaceTime immediately after connecting on the app.

"I was not really thinking anything of it," she said.

The TikTok video shows them playing '20 questions', a suggestion from Perry that would let them get to know each other better.

Haralson said none of the questions were inappropriate or sexual, but she recalled feeling uncomfortable as she said she was upfront about the fact that she was only 19.

"I don't think he minded that," she said. "It kind of felt weird talking to someone my dad's age and it just felt not right, especially when he knew how young I was."

She said at one point, he asked her "am I as old as your dad?"

"Honestly, it's not really OK for these older guys to be talking to such young girls," she concluded.

The reaction to both videos has been mixed.

On one hand, there needs to be some acknowledgement of these age-gaps. There's also an inherent power imbalance between a major celebrity and a minor social media star.

Also, Affleck sought out a woman who unmatched him on an app on another app, sending his video to her Instagram.

Other people have pointed out that, technically, neither man is doing anything 'wrong', so it feels inappropriate to share the contents of private conversations - especially given the videos are bound to humiliate.

I agree celebs shouldn’t be making these creepy desperate video replies on raya but it’s tacky to release private messages. Ya both wrong, congrats

Raya's terms of service also ban disclosing the identity of any user, so it's likely the women will find themselves booted off after this.

That hasn't stopped details of various celeb users leaking in the past. John Cusack, Niall Horan, Lizzo, John Mayer, Cara Delevingne and Demi Lovato are among the big names spotted by loose-lipped matches in the past.

The app doesn't allow screenshots - users will find themselves with a warning if they even try - so the reason Affleck and Perry are able to be outed is because of videos that took place off the app.

In the days since Jay and Haralson's videos were released, various gossip and 'blind item' sites have shared stories of other famous men watching this play out with increasing anxiety.

While no others have been named, and all of these 'blinds' are unverified, it's easy to believe.

After all, major age-gap relationships are not unusual in Hollywood. If they go on in the open, it makes sense they'd also take place in the (previously) private realm of Raya.

The middle-aged men should maybe stop with the videos, though, if they don't want to end up famous for an entirely new reason.

Reply
Upvote
2 upvotes
This is weird. Dating apps seem like the least inappropriate place for these men to approach women- because if they did do anything inappropriate there would be proof, and because the women have every opportunity to get rid of them. It might be a bit weird if a 48 year old is chatting with a 19 year old, but it’s certainly not illegal and it’s hard to see how it could be exploitation. It would be far more intimidating if you met Affleck or Perry at an industry event or at work.

Reply
Upvote
2 upvotes
@cat and the whole point of dating apps is that you're both there looking for someone to date. They aren't going out hitting on random women who may not be interested, or hitting on waitresses who have to be nice to you because it's their job. I mean, 'I went on a dating app and the guy I matched with flirted with me' is possibly the least scandalous scandal to ever come out of Hollywood, isn't it?

Reply
Upvote
@rush yeah and you usually both have to have set an age range to match. I mean its a bit gross that these men have set such young age limits, but these women must also have set theirs high enough to include them.

Reply
Upvote
@cat why is it "a bit gross"? Anyway, I thought if the man was rich/famous being old didn't matter?

Reply
Upvote
10 upvotes
This feels a bit like some sort of set up here. She chose to match with Matthew Perry, presumably knowing how old he is, she chose to chat with him, he seemingly had no reason to think she wasn't into it, and he did nothing inappropriate. If she was uncomfortable talking to an older man, then don't match with him in the first place!

Yes, people put themselves on dating sites, and then even actually communicate with people, as a joke. Surely that is the issue in this case.

Reply
Upvote
7 upvotes
@rush Exactly. We shouldn't be implying these guys are taking advantage of anyone, when they're just doing what other people do all the time on dating apps. This article reads as very ageist to me - "middle-aged" people have just as much a right as anyone to use dating apps - we don't "need to talk about" that. Instead, why not write an article calling out the women who took what was a private encounter to Tik Tok, in turn "shaming" those men who've done nothing wrong?