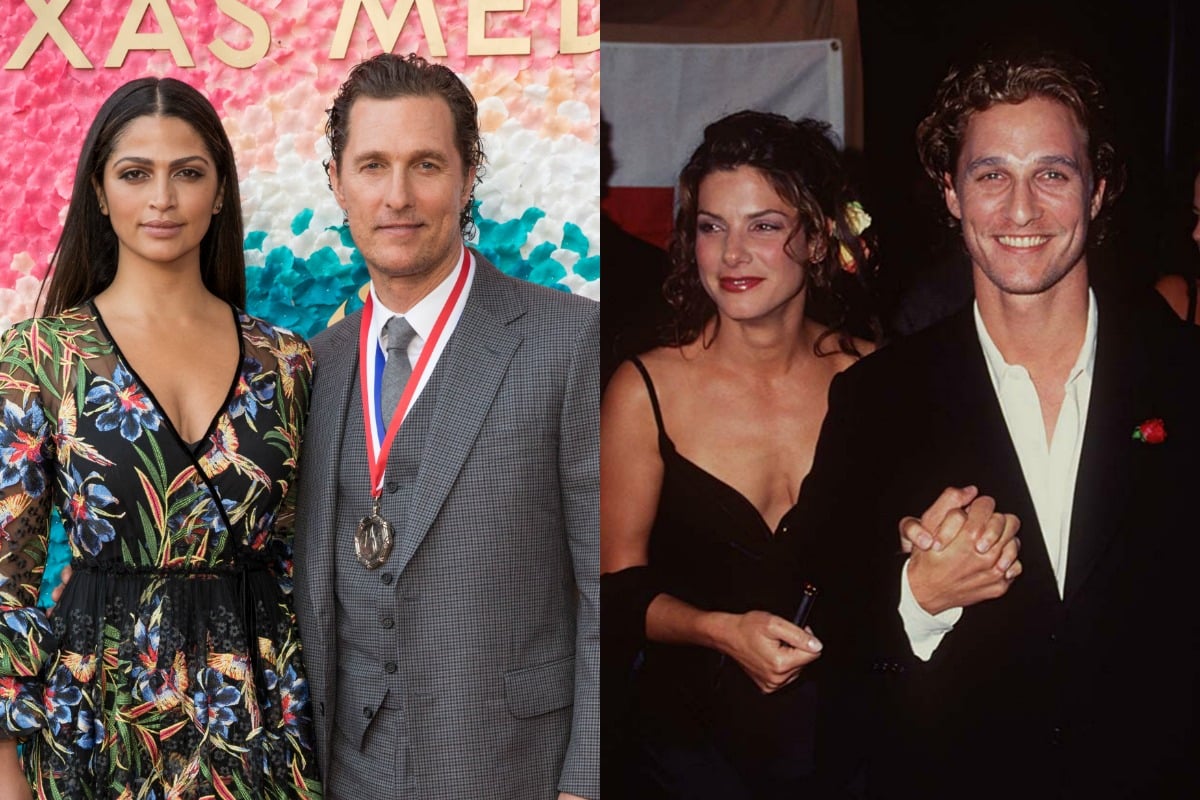 From The Wedding Planner to How to Lose a Guy in 10 Days, Matthew McConaughey has played the leading love interest in a number of romantic comedies over the years.

But in real life, the 50-year-old actor has been happily married since 2012.

The Women of Today founder and mother-of-three shared a photo of herself and her husband on Instagram to mark the occasion.

"Yep... you got me baby! Taking a minute in the midst of everything to share gratitude for you on our anniversary," she captioned the post.

Alves went on to explain that she never planned on getting married before she met the actor.

"As a young adult I never thought of marriage, I always told my parents don’t ever expect me to get married!! Well... you fully changed my perspectives and the meaning of it."

Yep...you got me baby...! Taking a minute in the mist of everything to share gratitude for you on our anniversary. As a young adult I never thought of marriage, I always told my parents don’t ever expect me to get married!! Well...you fully changed my perspectives and the meaning of it...🙏🏽 I encourage you today to take a minute to share gratitude to your partner in life, shine the light on what you love about them and how they make you better! If you don’t have a partner take a minute to share a light on yourself and what qualities you love about yourself that you want to show more to the world. 💚💛 Sim ... você me pegou baby...! Dedicando um minuto fora de tudo que está acontecendo para compartilhar gratidão por você em nosso aniversário. Quando jovem, não pensava em casar, sempre disse a meus pais nunca esperavam que eu me case! Bem ... você mudou completamente minhas perspectivas e o significado disso ... Convido você hoje a tomar um minuto para compartilhar gratidão ao seu parceiro na vida, iluminar o que você ama nesta pessoa e como fazer você uma pessoa melhor! Se você não tiver um parceiro, dedique um minuto para iluminar quais são as qualidades que você ama em si mesmo que deseja mostrar mais ao mundo. 💚💛

The pair first met at a club in Los Angeles back in 2006. But it wasn't exactly love at first sight for Alves.

“The first interaction, I did not know who he was,” she told Access Hollywood. "At the time he had a really long beard, and he had this rasta hat. He was all covered up, and I didn’t really realise who he was."

Across the room, McConaughey noticed Alves out of the corner of his eye. "An aqua green figure went sort of floating across the frame about 20 feet in front of me," he told People in 2016.

After trying to get her attention by waving, the actor realised "this is not the kind of woman you call over across the room... Get your a** out of the char and go get her."

He eventually went over and the pair started speaking in Portuguese, Alves' native language.

"We went on our first date three nights later and I knew then I’ve been wanting to go on a date with her for the last nine years and not with anybody else," he told the publication.

The couple went on to tie the knot six years later and have three kids together – sons Levi, 11, and Livingston, seven, and 10-year-old daughter Vida.

"I remember at eight years old, it’s really the only thing I ever knew I wanted to be was a dad," the actor said at a New York event earlier this year.

"I’ve got a large hand in shepherding my three children up until they’re 18 and out of the house... That’s the thing I think I do most honourably is having three autonomous, conscientious, confident children.”

When it comes to parenting, McConaughey also likes to draw upon his famous movie line.

"The main thing is that my wife and I, Camila, we have a similar moral bottom line... We can nudge ’em and shepherd ’em, et cetera et cetera, but they are who they are."

While filming the 1996 movie A Time to Kill, the now 50-year-old fell for his on-screen love interest Sandra Bullock. The couple reportedly dated for two years before ending on good terms. 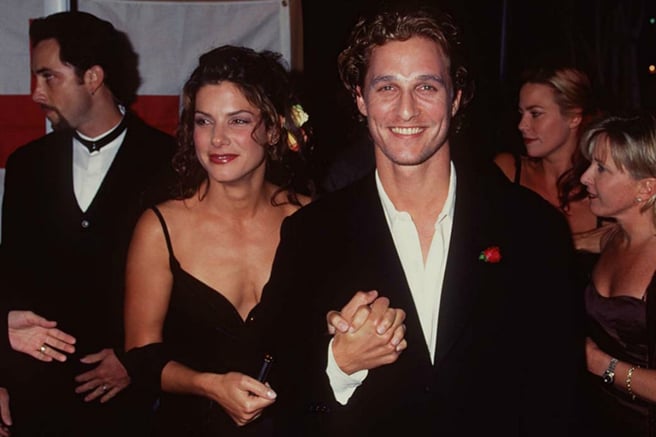 In 2003, Bullock told Cosmopolitan that they remained friends after their breakup.

"It's the work we both put in. There's a great amount of respect and love. I feel very cared for by Matthew. No matter where he is in his life or where I am in mine, he could be married, I know we would stay close," she told the publication.

The pair recently reunited at the 2018 Academy Awards, where they were seen hugging and laughing with McConaughey’s wife.

After Bullock,  McConaughey went on to date actress Penelope Cruz, who he met on the set of the 2005 action comedy Sahara. 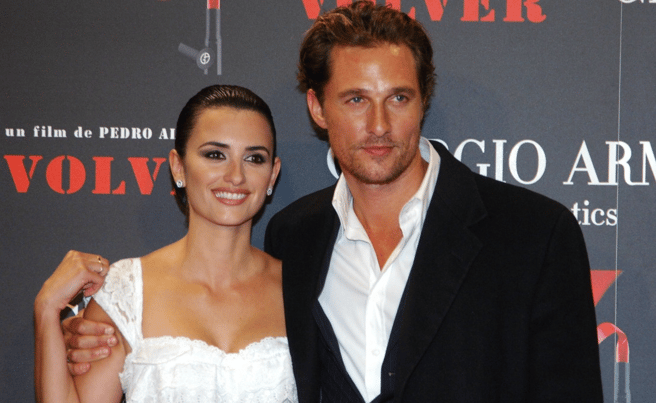 But as is the way with many Hollywood romances, it didn't last long.

A year later, the couple's representatives said they decided to separate due to "busy work schedules." However, rumours suggest McConaughey was dating Cruz when he met his now-wife Alves.

According to Matthew McConaughey: The Biography, when the actor fist saw Alves at the club in Los Angeles, he was still in a relationship. That said, McConaughey has since clarified in an interview to People that he was "happily single" at the time.

When asked how he knew Alves was the one, McConaughey said it all came down to "the self-respect she had for herself. The way I understood her and her relationship with family, her own family. The way she respected me but never took anything for granted."