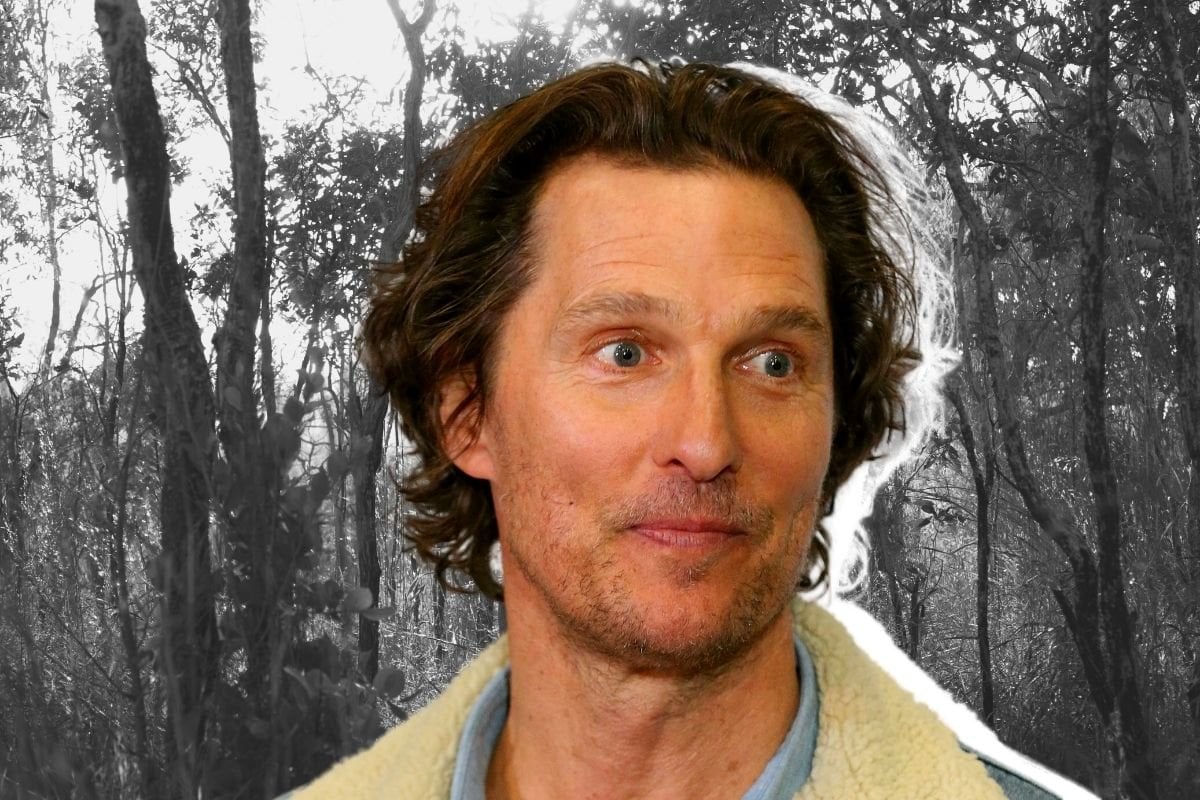 Matthew McConaughey's life in high school was like something from a teen movie.

He earned straight As in his final year, as well as the title of 'most handsome'. He had a job, a car, a girlfriend and a golf handicap worthy of a pro.

But at the age of 18, a year spent on exchange in Australia stripped all that away.

Watch: Matthew McConaughey on how his year in Australia made him who he is.

While the Oscar-winning actor has previously touched on his time on the NSW Central Coast, his recently released memoir, Greenlights, has revealed just how bizarre and transformative it really was.

In October book-tour interviews, his time there in 1988 has been likened to a horror film, a nightmare, The Twilight Zone, even The Shining — "scream as loud as you want; no one can hear," he said of the town in which he stayed.

McConaughey was placed with a family he refers to as 'The Dooleys' through the Rotary International exchange program. The household consisted of a middle-aged married couple and their then-26-year-old son.

Speaking to the Armchair Expert Podcast, the Dallas Buyers Club star described a series of unusual events that took place in the house; from being chastised for using the word "genius" to describe the inventor of the cheeseburger ("You will learn... to not voice your opinion for the masses!") to being instructed to kiss his host-brother's girlfriend.

"The whole family lined up one day — a Saturday — they were about to leave," he said. "I'm washing dishes, and I get called in the room and they go, 'Give her a kiss goodbye. Give her a kiss — on the lippies!'

"It was off, it was rude, I'm confused... Anyway I handled the situation in as cool a way as I could, with myself and her. And she thanked me for it."

Below: Matthew in highschool....

Intent on not judging anyone, McConaughey passed off the strange events as "cultural differences". But it soon became clear he was not coping well with his new living situation — "imploding" even.

"Was I in crisis? Sure. But I was denying there was a crisis."

About five months in, the host couple stipulated that McConaughey should call them Mum and Pop; a gesture that left him feeling uncomfortable. He said he politely refused, only to be woken the next morning by the mother howling tearfully, "He won't call me mum!"

McConaughey ultimately requested to be transferred to another family, and he's described his remaining time in Australia as far easier.

"I wouldn't have the life I have now without that trip," he told CNN's Anderson Cooper. "I was forced inward.

"All those crutches I had back home, all those green lights I had, I didn't have any of them. I didn't have anyone to rely on; I didn't have a mum, a dad, a friend, a girlfriend, golf clubs, money, a paid-for car — any of that. I was forced to find my own identity and measure what I believed in and didn't belive in in the world on my own.

"The Socratic dialogue that I was stuck in was hard. But I believe in hindsight, it was one of the best years I've ever had."

M
maddih a year ago

Reply
Upvote
I know the family he describes in this book. I refuse to give him my money, but friends who have read it have told me about the content. The mother was one of the nicest ladies you could meet and she suffered terribly with osteoporosis that eventually took her life prematurely. His mocking of her in the book is really quite upsetting. McConnahey was not liked at the Australian school because he was an arrogant ****hole who thought he was better than everyone else, and it seems not much has changed.
M
mamamia-user-876714449 2 years ago