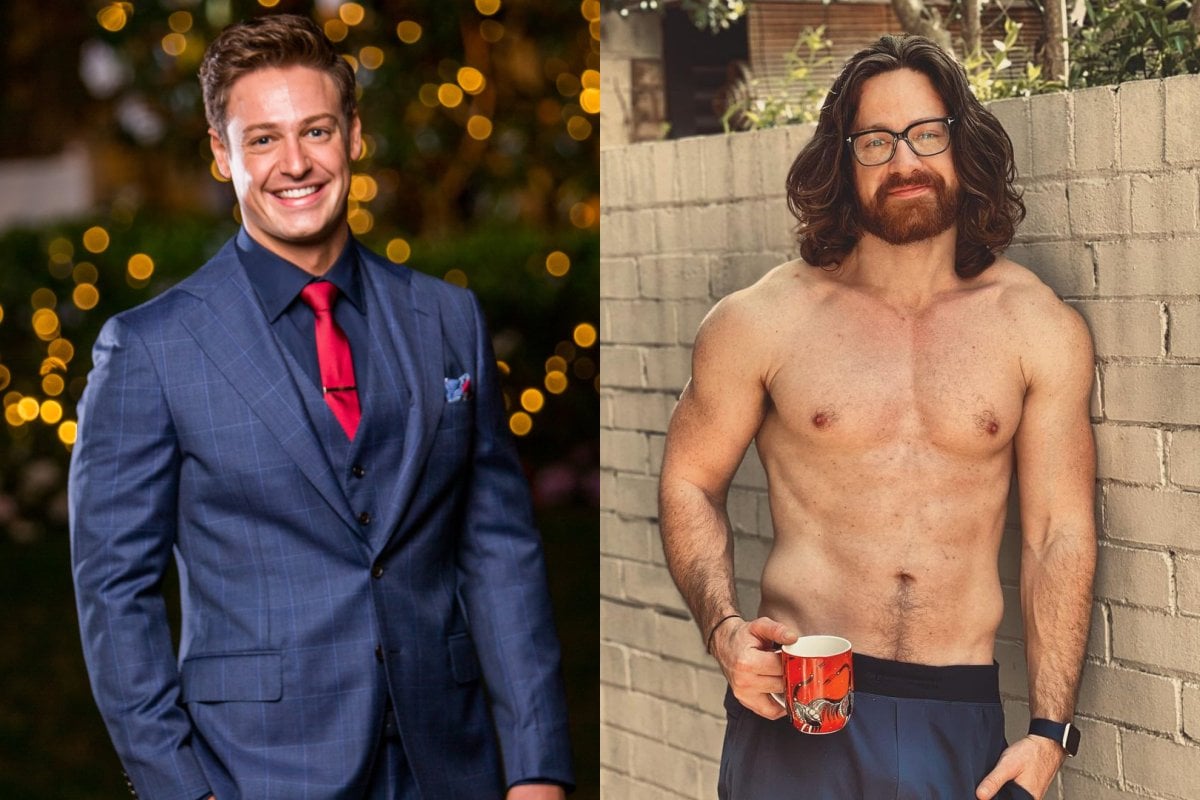 It's been nearly three years since Matt Agnew met 20 women on a red carpet.

He was our new bachelor, dressed in a dapper tuxedo and armed with geeky jokes and we… liked him a lot.

You see, Network 10 had sold him as the hot science guy, plucked from a normal life to find love – the antithesis of previous bachelor Nick ‘Honey Badger’ Cummins who… well, we don’t need to go there, do we?

Throwback to that time we met Matt Agnew. Post continues below video.

Unlike Mr Honey Badger, Matt actually picked a winner and for a while, our faith in reality TV love was restored.

Matt and Chelsie shared their love on social media and denied rumours of a breakup, even though bachie himself went overseas like… basically immediately after the finale.

But it didn’t last and the pair announced their breakup in November 2019, just two months after the finale aired in September.

Since then, we haven’t heard all that much from Matt Agnew Science Guy (it’s not very catchy, I know).

So what has Matt been up to since? We did some digging.

A new dog, a move and a career change.

Okay, so it's been an eventful couple of years for all of us, but Matt's been keeping extra busy.

In 2020, he adopted a dog named Pluto. Yes, this is just an excuse for dog pics:

Matt also answered a number of questions on Instagram in September 2021, giving followers an insight into his current life.

He moved to Sydney from Melbourne in 2020.

"After lockdown last year I just wanted a bit of a change of scenery... but it didn't quite go to plan," he said.

He also moved into a job in data science.

"I decided I wanted to move towards A.I. work, and data science is the natural path there from where I was in my career," he said.

"It's really fun and has enormous real world application."

Matt has grown out his bachie locks... for more than a whole year.

He marked the 12-month growth on Instagram, saying it made him feel more 'him'.

And then to match the long hair, he grew a beard. It's very much giving us 'lockdown' vibes.

Matt is writing his first book, set to be released in 2022.

According to his website, it will be a nonfiction space-themed book for young adults.

Matt took his love of science to Adelaide in early 2020, for a number of shows in the Adelaide Fringe Festival and WHAT.

Firstly, remember February 2020? God, we were so innocent.

In Dr Matt Agnew's Guide to Life Beyond Earth, he wanted to shed light on a number of questions he described as exciting, but for many of us would just lead to hours of existential dread: Are we alone in our solar system? In our galaxy? In the entire universe?

Want to know how the first show went? Just ask these legends who came along for opening night! (Apologies for cutting off the people in the wings — my arm is only so long!) I look like a thumb taking this selfie, and it’s blurry, but who cares! It was a sensational evening! Thank you everyone for coming down! Massive shoutout to the lovely young family in the front row on the left who came all the way from Geelong to see the show! I think you both can vouch I was struggling to find the words to express my gratitude to you after the show! Don’t hit panic stations though if you missed it. There’s 8 more shows from tonight throughout the week to see Dr Matt Agnew’s Guide to Life Beyond Earth! Check the link in my bio @adlfringe @gluttony_fringe #adelaidefringe

It was a TED style show with an audience Q&A, where audiences could ask the astrophysicist about planets and aliens and absolutely not about why he and Chelsie broke up, and it was reportedly a big success.

As we all know, Matt split up with winner Chelsie McLeod a few months after the show wrapped up.

Speaking to comedian Rosie Waterland on her podcast Just The Gist, Matt said he was devastated after his relationship fell apart.

"That’s life and that’s dating, and relationships sometimes they don’t work out but it’s an experience," he said.

"You do try to find whatever positive things you can find from it [and] the experience certainly helped me grow as a person."

As for announcing their news to the public, the now 34-year-old admitted it caused him a lot of anxiety.

"I was dreading it. I put together my words and they were something I gave a lot of thought to to make sure I was conveying my feelings correctly," he said.

"I actually got a friend to post it because I couldn’t do it myself...

"Everyone says don’t read it (the comments), and you can do it 99 per cent of the time, but you have that one per cent, that one moment of weakness and you read something and you completely capitulate."

Unsurprisingly - I mean, it was years ago now - Matt has put his Bachelor experience behind him.

His role as rose giver is no longer mentioned on his Insta, and he's basically just been using his platform and science brain to share important, factual information about COVID-19.

This article was originally published in February 2020 and has since been updated.