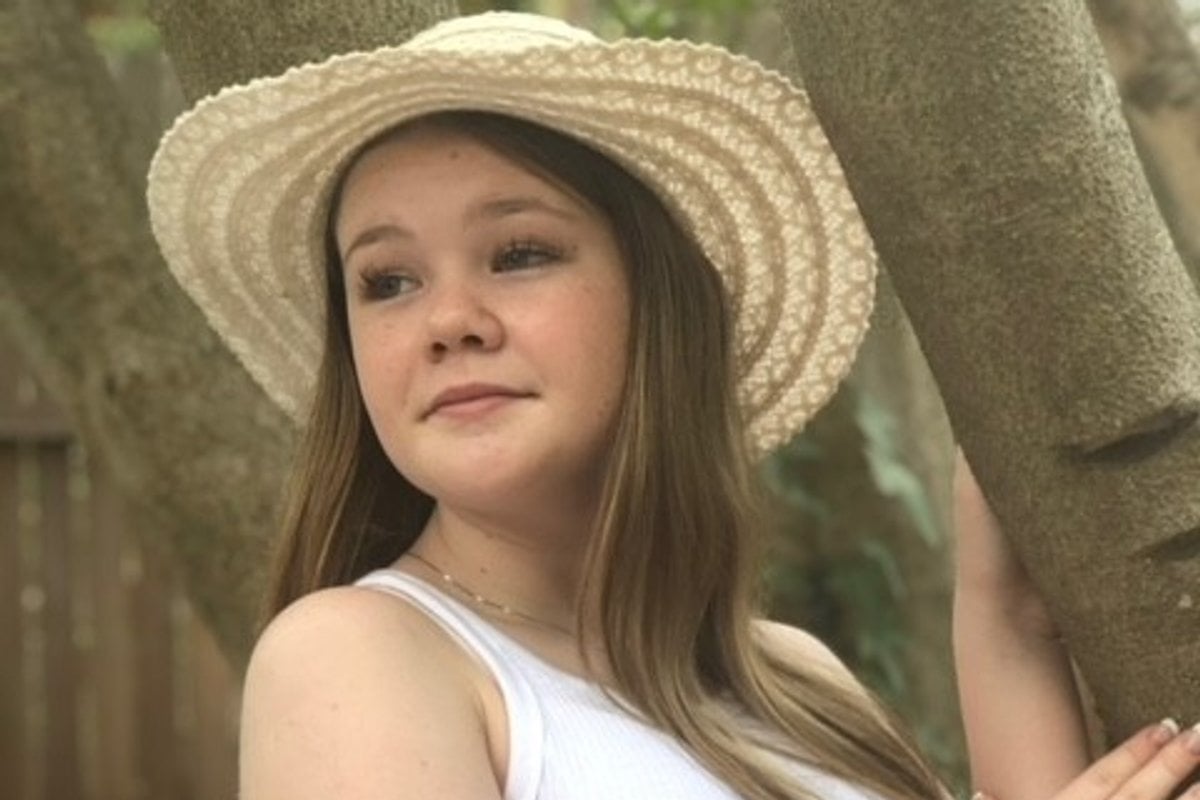 This post deals with suicide, and could be triggering for some readers.

Matilda 'Tilly' Rosewarne was a normal eight-year-old girl who loved her family and had a passion for dance when the bullying began.

After seven years of incessant online and in-person bullying, both at school and around her hometown of Bathurst, New South Wales, Tilly took her own life in February.

Watch: Lisa Wilkinson talks about her experience of bullying at high school. Post continues below.

Tilly’s parents Emma and Murray shared a tribute to their daughter at her funeral last month, sharing some compelling words for young people about social media and online bullying.

"We beg you, before you post, share, or speak, ask yourself three questions, 'Is it true? Is it kind? Is it necessary?'" they said, according to The Daily Telegraph.

"If the answer is 'no' to any of these questions, do not post, do not share, do not speak."

In the tribute, Tilly’s parents also described just some of the behaviour that bullies subjected Tilly to over the years.

The parents explained that after the father of one of Tilly's classmate's passed away, the bullies got together to "vote" that they wish Tilly’s father had died instead.

They also shared that when Tilly wasn't invited to birthday parties with the rest of her peers, the bullies would call or text her all night to torment her while she was at home.

On other occasions, 'friends' would ask Tilly to go to the local shopping mall in Bathurst, only to "harass and abuse" her in public.

While the family contacted the police after the Snapchat incident, they were told that there was nothing they could do, because there were difficulties identifying the Snapchat account’s owner.

Henry Turnbull, head of public policy for Snapchat in the Asia Pacific region, has since apologised to the family.

"I just wanted to say how sorry I am for what they are going through right now," he said, according to news.com.au.

"That case unfortunately highlights... how bullying and abuse can often take place among people who know each other very well in real life and are ostensibly friends or schoolmates and it is a real challenge across a whole bunch of areas."

Listen: This Glorious Mess discuss how to talk to teens about mental health issues. Post continues below.

He also shared that further education is needed in the community.

"Education is important; educating our community both on the fact this behaviour is unacceptable and also on the security of their images and their phones themselves," he said.

In a post shared to LinkedIn last week, Tilly's uncle, Sam Mason, remembered his niece as a "brave little girl".

In the post, Mason described how Tilly reached out to her school for help.

"She had to hide from another girl at school who was trying to find her and threatening to kill her," he wrote.

"Terrified and shaking she looked to the school for support and found none. Despite dozens of witnesses, nothing was done. The 'alleged' perpetrator came from a 'good family' and of course the parents flatly denied it even happened.

"Even with screenshots, kids simply flatly deny it and 'my phone was hacked' is the standard response."

"Within a day or so the jokes were already getting posted online in Snapchat and other social networks," he wrote.

"The same kids that persecuted her quite literally to death thought it was funny - only days earlier Matilda had been told that she hadn’t previously tried hard enough."

Mason concluded his essay with a plea to parents, "Please reach out to the little ones in your life because they need protection and they need it right now."

He continued: "There is no obvious solution but we do have one weapon we can apply right now. The one we’ve had for all those countless generations - the power of conversation. And if our kids know they can tell us anything, well... maybe, just maybe, we can steer this ship away from the iceberg just a little bit.

"Get regular check-ins happening. Install the apps on your own phones - learn how they work. Setup weekly catch ups and regularly review the activity on their devices."

Dolly’s Dream is committed to changing the culture of bullying by addressing the impact of bullying, anxiety, depression and youth suicide, through education and direct support to young people and families. You can donate to Dolly's Dream here.

Reply
Upvote
I used to be a teacher.  I witnessed lots of bullying. Lots of teachers were bullies to each other, many parents were bullies. If bullying was witnessed between students, it was often dealt with dismissively eg “you’re both being juvenile”,”go away and work it out between the two of you” etc. Bullies soon learn if they’ll easily get away with it. Is no different in adult circles in the workplace or between students in school. Bullies are everywhere and will only get worse, the longer people dismiss it.
R
rosiecat 2 months ago