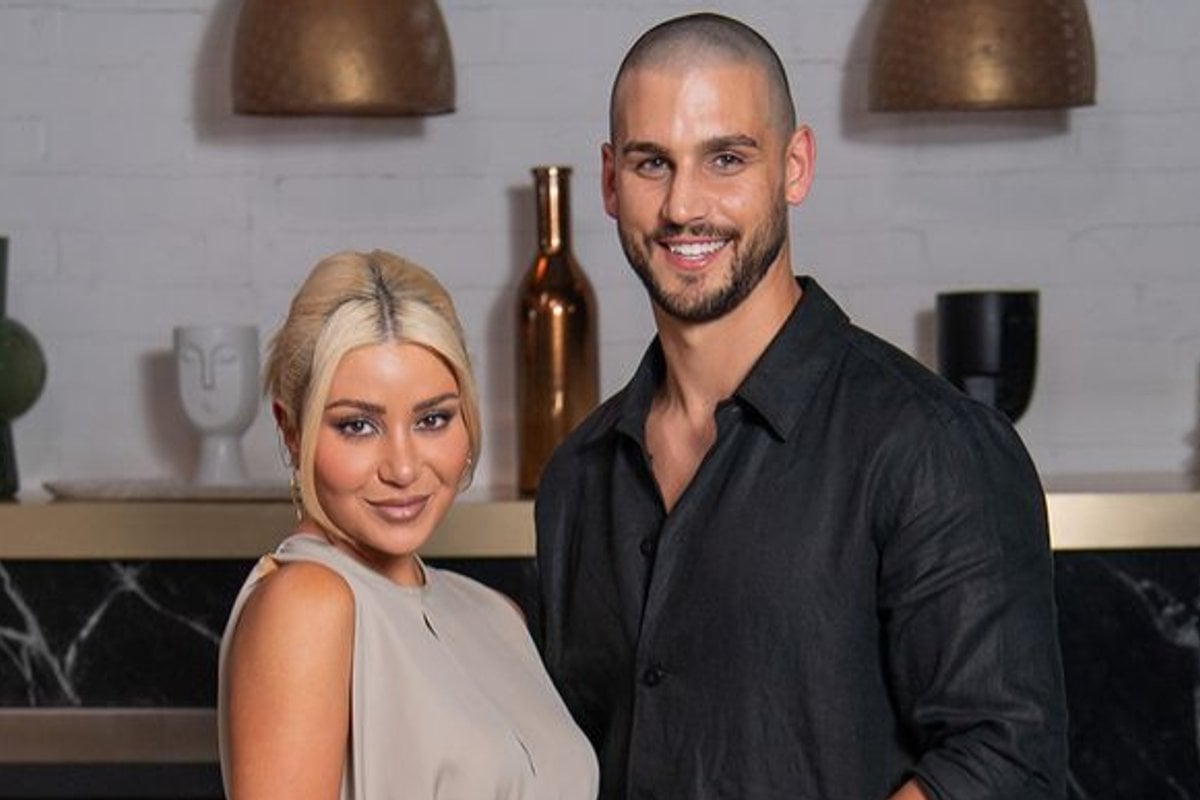 1. Everyone thinks Martha is pregnant cos of this one cryptic caption.

Rumours are going around that MAFS stars Martha Kalifatidi and Michael Brunelli are expecting a child. And it's all to do with a little Instagram caption.

On Tuesday, the 32-year-old shared photos of herself on Instagram with the caption, "Good things come [in] threes", alongside a "coming soon" emoji.

So naturally, people started freaking out.

Right off the bat fans assumed that "come [in] threes" could be a hint that Martha and Michael are expecting.

"Are you pregnant," one person commented.

"I thought the same!!" wrote another.

However, others pointed out that the caption could simply have to do with the fact that Martha uploaded three photos.

At this stage, neither Martha nor Michael have responded to the rumours. But we'll be sure to update you on any potential MAFS baby news (which in this case, seems highly unlikely).

Listen to The Spill, Mamamia's daily entertainment podcast. In this episode, co-hosts Kee Reece and Laura Brodnik chat about the time MAFS made a grave error. Post continues below.

Good news folks, you don't have to travel to Byron Bay for a possible Zac Efron sighting because the actor is now travelling around in a caravan. A $140K one, we might add.

According to the Daily Mail, the caravan features a double bed, a leather sofa, pop-up TVs and cooking and hot water facilities. Everything you need really.

Efron and his girlfriend Vanessa Valladares are usually based in Byron Bay, where they are believed to be staying at a property he bought for a casual $22 million.

3. Kylie Jenner throws another Stormi World birthday party for her daughter, despite, you know, a pandemic raging across America.

Kylie Jenner... it looks like you've failed to read the room, again.

Over the weekend, the 23-year-old reality TV star hosted a third birthday party for her daughter Stormi Webster. The castle-themed event featured amusement rides, a lolly shop and of course, a jumping castle with Stormi's face on it. Standard. 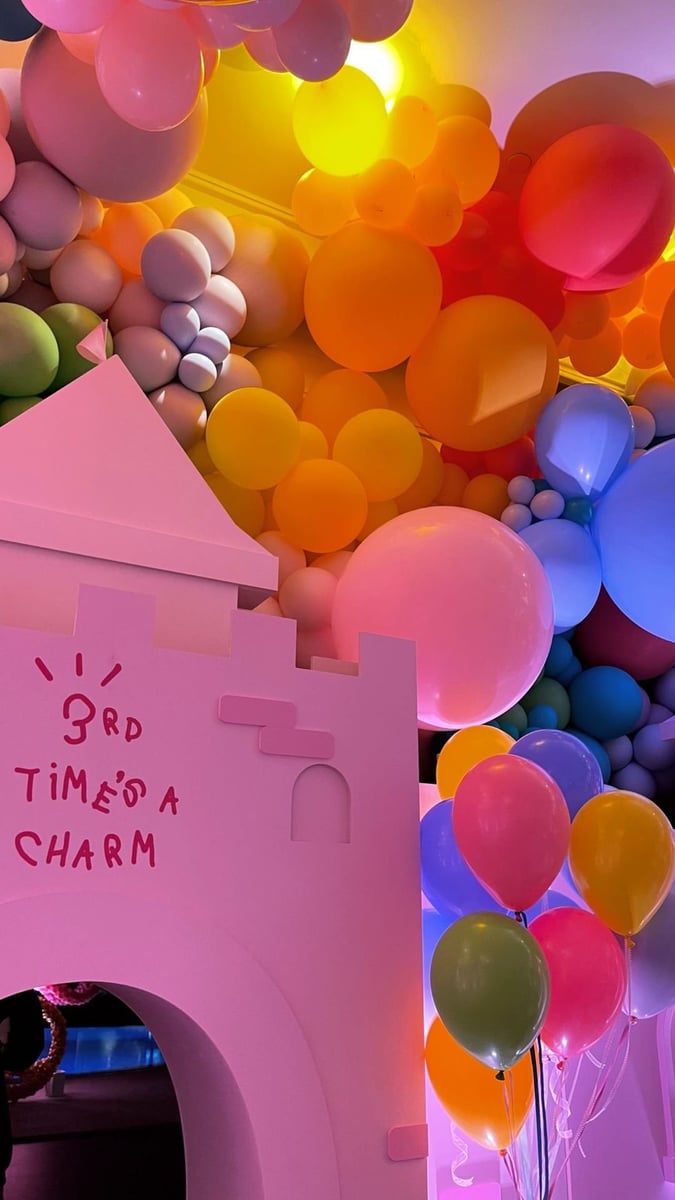 But despite the well-meaning efforts by Jenner, people are furious that she hosted an event during the COVID-19 pandemic.

On both Instagram and Twitter, users are pointing out that California is still under strict lockdown orders. And well... there are plenty of people at her event.

I don’t get how Kylie threw a huge bday extravaganza for stormi.... does she not care if her baby is exposed to covid ??? I’m sick of ppl acting like we’re not in a full ass pandemic

On Monday, there were 12,174 new coronavirus cases confirmed in California. And since the beginning of the outbreak in February last year, one in every 12 people in the state has tested positive (over 3.2 million people).

This isn't the first time the Jenners and Kardashians have faced backlash during the pandemic.

Just a few days ago, the family travelled to Turks and Caicos for a holiday.

4. The surprising beef cooking between Natalie Portman and Mark Zuckerberg that precisely no one saw coming.

And despite attending Harvard University with Facebook co-founder Mark Zuckerberg, she has no plans to.

On Tuesday night, Portman appeared on The Project to chat to Lisa Wilkinson. During their conversation, the 39-year-old actress explained why she has concerns with the social media app.

"What we're learning is that all of these platforms that everyone is part of need to have more responsibility," she continued.

Growing up, Carey Mulligan was, as she describes, a typical "goody-goody".

She was the model pupil. Hard-working, high-achieving, and obedient.

After attending Woldingham School in the English countryside, it was expected that Mulligan would attend university.

But at 17 years old, Carey Mulligan did something she had never done before. She asserted herself.

Instead of applying to university, as her parents expected, Mulligan applied to three London drama schools.

"My parents were completely against it," the now 35-year-old told The Hollywood Reporter.

"They wanted me to go to a university. They didn't know any actors; no one in my family was an actor. They were scared."

In the end, Mulligan was rejected from all three acting schools. But her determination didn't end. 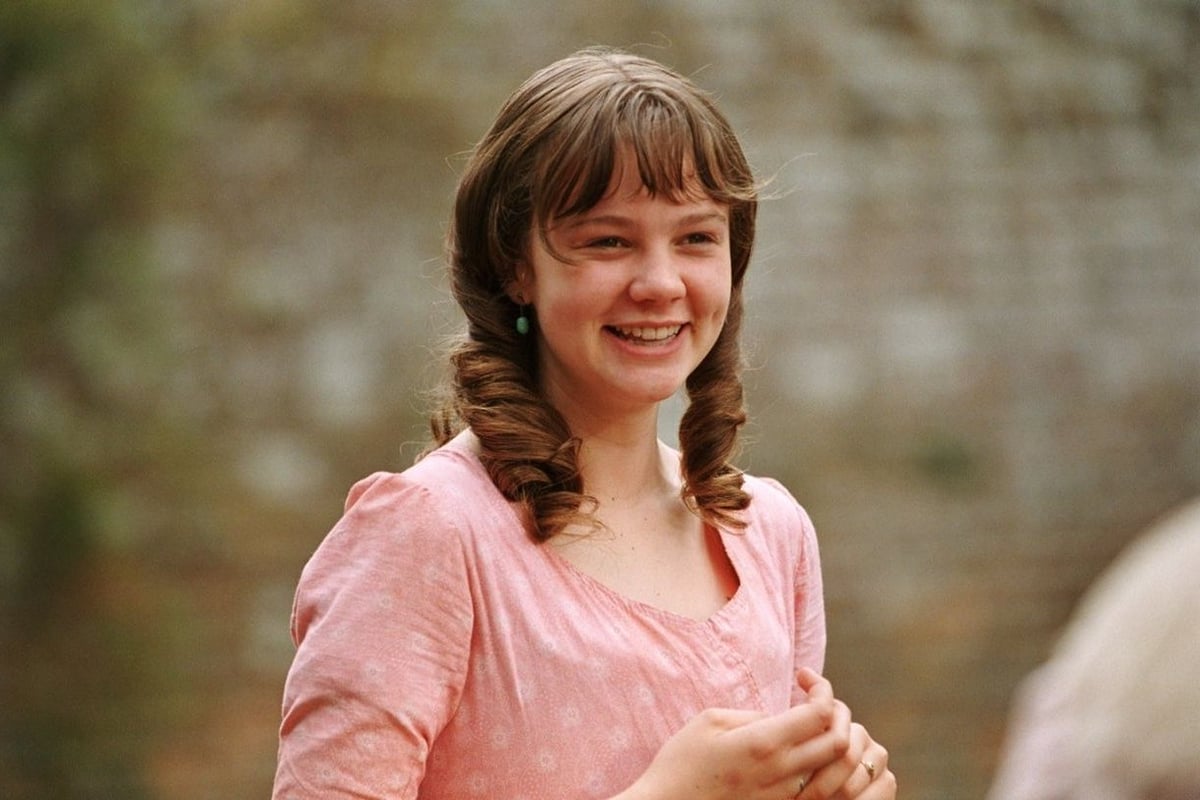 Carey Mulligan in Pride and Prejudice. Image: Focus Features. That same year, Mulligan received words of encouragement from actor Kenneth Branagh after she wrote him a fan letter.

"I explained that my parents didn't want me to act, but that I felt it was my vocation in life," she said, according to The Telegraph.

Branagh's sister replied: "Kenneth says that if you feel such a strong need to be an actress, you must be an actress."

Months later, Mulligan sent a letter to Julian Fellowes after the screenwriter urged Mulligan to "marry a lawyer" instead of pursuing acting.

For more on Carey Mulligan's career and relationships, read our earlier post here.