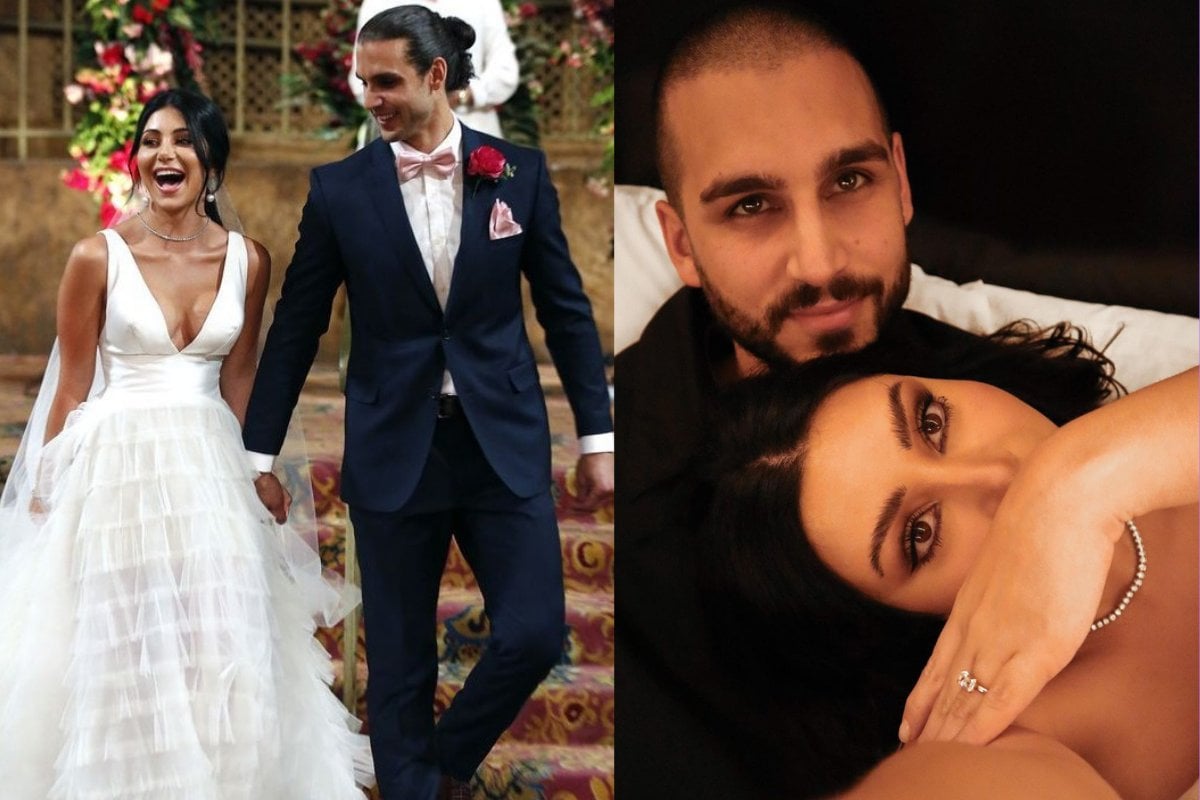 Martha Kalifatidis and Michael Brunelli have just gotten engaged. Yep, the ones that were fake married not too long ago on Married At First Sight.

The couple, who first appeared on season six of MAFS in 2019, announced their plan to get married to fans on Sunday, and to say it's been a long journey for the pair would be an understatement.

Watch advice for five-year-old me with Martha Kalifatidis. Post continues after video.

Despite being one of the most popular shows on TV, it is also, understandably, the most contentious.

...And it's not exactly known for its ability to produce healthy, long-lasting relationships. 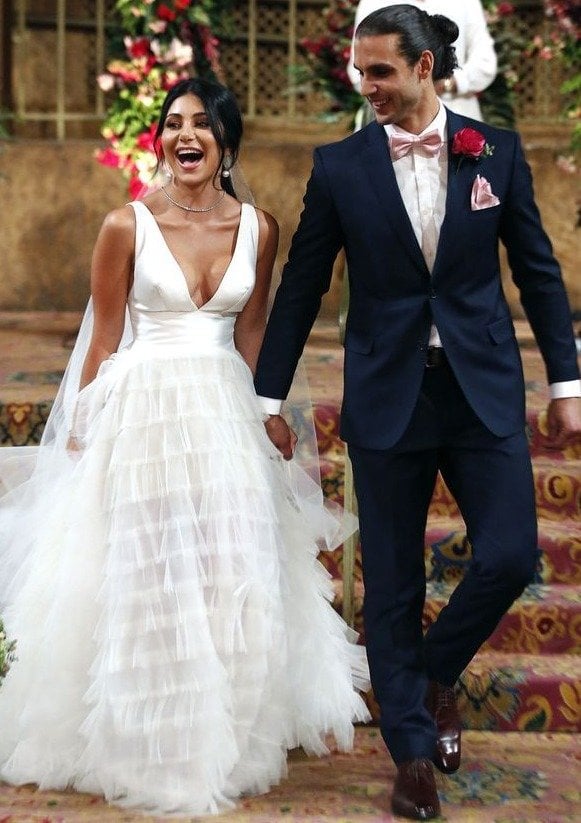 But for Martha and Michael, who had a testy relationship during their time on MAFS, they have proven that opposites do indeed attract after two years of successfully living together in Sydney.

The pair made a memorable impact, with Martha crowned the "princess" of the season, after refusing to move to Melbourne to be with former primary school teacher Michael.

At the time of their first meeting he told the cameras: "She's beautiful. She looked absolutely amazing. She's got this huge smile, and it just drew me in. I think I've struck gold."

For Martha, the sparks flew for her as well.

"I love looking at him, he's so pretty," she shared with viewers during their wedding ceremony. "He's got nice lips, nice jaw, nice nose, nice skin... A tall, dark and handsome guy."

She also contributed to the juiciest drama during seasons six with allegedly spreading rumours, her hilarious fights with her "husband" and pouring wine on fellow bride, Cyrell.

Fast forward to the present day: All is well in the world of Michael and Martha, who shared on Instagram on Sunday evening that after three years of dating, they were engaged.

In 2019, Martha shared just how strong they were despite being "opposites".

“You could say it’s down to fate, maybe it’s just meant to be,” she previously told Mamamia. “We really compliment each other. We are opposites, but the perfect opposites. We really balance each other out. Where I’m weak, he’s strong, where he’s weak, I’m strong.”

After being a part of such an intense experiment on MAFS, Martha shared it only made them stronger in the end.

“Our relationship was tested and was put under so many pressure points so early on,” she said.

“Most relationships would not probably encounter half the things that we did in such a short period of time, so we learned real quickly what each other’s boundaries were and how the other person deals with stress, things like that.

“What we went through would probably break so many relationships, we were put under so much pressure and stress, but instead of breaking up or breaking down or fighting, it actually brought us together and we leaned on each other. I feel like that’s where many relationships may fail, they don’t let that other person in to relieve some pressure. I think that’s what saved us and I think that’s what helped us to become so strong. We are such a united unit now.”