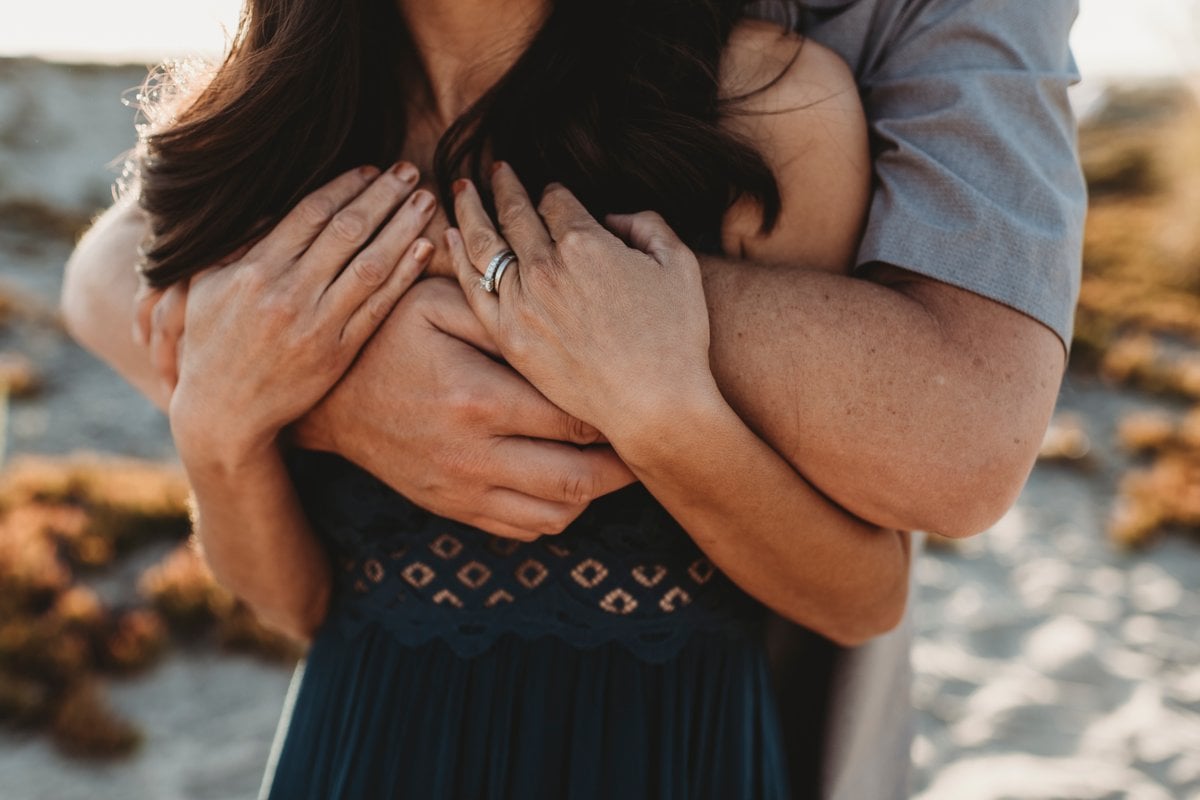 My husband and I have a relatively modern marriage.

We split the bills. There isn’t a significant difference in our income. We take care of the kids evenly. We both clean and do household chores. We want to raise our kids in a way that doesn’t impose gender stereotypes. You know, boys can play with dolls and girls can play with cars.

At least that’s what I thought.

One day, I was downstairs putting the laundry away when I overheard him on the phone chatting with a guy friend. I mind my own business and don’t think much of it.

He’s ranting on about his sports card collection and his friend is trying to convince him to buy a hobby box. He’s humming and hawing but then he finally says, "Yeah, Katharine’s not going to like that so I shouldn’t."

Then he hangs up the phone. I could feel the back of my neck heat up as I was violently folding towels. He comes downstairs.

"I overheard your conversation. So why didn’t you go in on the hobby box?" I ask him.

"I’m not gonna pay a stupid amount of money for a box," he responds.

I nod, "I know you won’t. You don’t open your wallet for just anything. Doesn’t he know that?"

He shrugs, "You know how guys are... we like to show off. He wanted me to know how much disposable income he had by saying he could afford the box."

I start my interrogation, "Why didn’t you just say that to him?"

He’s getting annoyed, "We don’t say that kind of stuff."

His face scrunches up, "Yeah, so?"

My tone changes to a slightly condescending one as I begin my rant.

Here’s why I told him not to stop using me as an excuse.  ﻿

From the old boys' club to "boys will be boys", men are inherently mischievous and need to be tamed. A man loses his freedom once he’s married to the "old ball and chain." He can’t party anymore, be reckless, or look at other women because "the wife" has him on a tight leash.

Essentially, when my husband uses me as an excuse, he’s saying that his marriage is like a prison where he is forced to act like a mature adult and I’m the warden. You know, no more spending frivolously on hobby boxes since the wife won’t let him.

Listen to Mamamia Out Loud, Mamamia’s podcast with what women are talking about this week. Post continues below.﻿

I’m not his gatekeeper. I don’t control how he spends his money. It’s up to him to make these decisions while considering his role as a husband and his responsibilities in providing for his family. He knows that.

There’s nothing I can do to prevent him from blowing all his money on LeBron James rookie cards. He knows he will have to deal with the consequences himself because no one is going to bail him out, including his own mother.

Speaking of mothers, I’m not my husband’s mother. I married a fully independent grown-up who is completely capable of taking care of himself. His mother has done her job and a fine one indeed.

Plus, I already have a son. He is barely two and needs me to teach him right from wrong. He doesn’t understand the consequences yet.

﻿For instance, I stop him from throwing a toy truck at his sister. I grab him before he sticks his finger in the fan. I hold onto his hand tightly when we’re crossing the street.﻿

My goal as his mother is to teach him how to be a responsible adult so when the time comes for him to leave the nest, he’s soaring high with the eagles, not floundering near me, waiting for his next meal.

The onus won’t be on me to keep him accountable. He will be accountable to himself.

How his father talks about his marriage influences how he views romantic relationships in the future. I don’t want my son to grow up thinking whoever he decides to share his life with will take over my responsibilities.

He shouldn’t expect his partner to hover over him, watching his every move and punishing him when he does something wrong.

I want him to stop caring about what other people think.

Why does it matter if his friend knows he’s not willing to spend a fortune on something he doesn’t really value? ﻿

When I dig deep into the reason why he didn’t tell the truth, it’s about him caring too much about what other people think. ﻿

He’s fiercely protecting his ego and defending his "manhood" instead of confidently owning his decision to decline the opportunity and asserting his position without defaulting to me.

Blaming me only masks his fears about how others perceive him. It doesn’t allow him to create an authentic connection with his friend, face his insecurities, and grow as an individual.

Lastly, does he want his friends to hate me? Why paint the picture of his wife as a controlling villain when she’s an equal, loving partner with whom he agreed to share his life?

So he asks me, "So what should I say instead?"

I look him dead in the eyes, "Thanks, but no thanks."

Reply
Upvote
I allowed my husband to use me as an excuse, as long as he tells me the truth about it. I also used him once in a while, just to keep the peace with my friends.
D
daijobou 6 months ago

Reply
Upvote
3 upvotes
There is one exception to this for me, and that is smoking. My husband is 100% allowed to tell his friends I will strangle him if he smokes. I am actually incredibly proud that my nagging and complaining forced him into quitting prior to having kids!
News
General
Opinion
True Crime
Politics
Sport
Explainer
Entertainment
Celebrity
Reality TV
Movies
TV
Books
Rogue
Royal
Lifestyle
Beauty
Fashion
Weddings
Home
Wellness
Health
Fitness
Travel
Food
Parents
Before The Bump
Pregnancy
Baby
Kids
Teens
School
Parent Opinion
Work & Money
Money
Finance
Career
Lady Startup
Relationships
Sex
Dating
Separation
Friendship
Family
Real Life
Couples