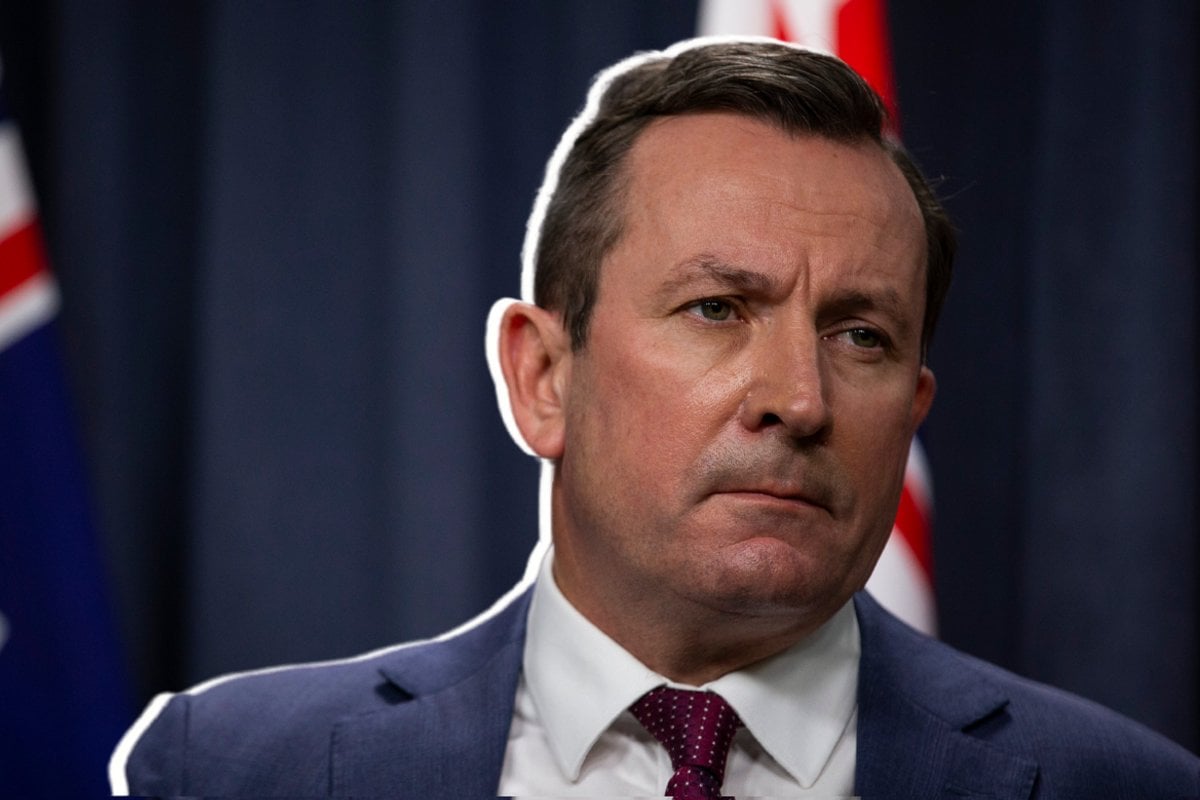 On Friday, Metropolitan Perth and the Peel region entered a snap three-day lockdown after a hotel quarantine outbreak led to community transmission.

The premier said lockdown was a necessary measure after two people, including a man who stayed in the hotel and completed quarantine before flying to Melbourne, spent days in the community while infectious.

Anzac Day dawn services have been cancelled and people in the affected regions must wear masks when leaving their home.

"I know this is hard to take and I wish we didn't need to be doing this," he told reporters on Friday.

"But we can't take any chances with the virus. We just can't."

Genomic testing has confirmed the virus spread in the corridors of the Mercure Hotel Perth from a couple who had returned from India.

A pregnant mother and her four-year-old daughter who were staying across the corridor tested positive and remain in quarantine at the hotel.

A man who was staying in the room adjacent to the couple has also tested positive. The man, who is asymptomatic, arrived in Melbourne on Wednesday after completing 14 days of quarantine at the hotel. His five-day visit in Perth after he left quarantine has led to two community cases - a female friend he stayed with and a man who dined near the pair at a restaurant.

On Thursday, the premier announced the Mercure Hotel, which is one of three Perth quarantine hotels deemed to be of "high-risk" for ventilation issues, would no longer accommodate returned overseas travellers.

It will instead transition to a "low-risk" quarantine hotel for a flight-load of seasonal workers expected to arrive from Tonga and Vanuatu next month.

In light of the outbreak, states and territories have taken precautions against travellers from Perth and Peel. New Zealand, which just opened a trans-Tasman travel bubble with Australia last week, also announced a pause on travel from Western Australia.

Here's everything Mark McGowan has said about the Perth outbreak.

On Saturday, McGowan hit out at the federal government for failing to provide better alternatives to hotel quarantine.

The premier said hotels in the Perth CBD were "not fit-for-purpose quarantine facilities" and defence facilities or immigration detention facilities would be more suitable.

"I'm getting to the end of my tether with the Commonwealth handing responsibility to the states and not helping," he told reporters.

"It's the only way to help reduce the risk further. We cannot continue down this path for another year or beyond."

McGowan went on to say that "it is time for the Commonwealth to step up and help".

"I have been calling for the Commonwealth's assistance with quarantine for many months now," he said.

"There are a number of Commonwealth facilities that would be more suitable for quarantine purposes."

In response, the federal government issued a statement saying that "defence bases and immigration centres are unsuitable for quarantining" and states and territories had agreed more than a year ago to manage hotel quarantine.

"As the premier has been advised, and as health, defence and border force officials have detailed to the parliament, defence bases and immigration centres are unsuitable for quarantining returning Australians," a spokesperson said in the statement.

"Our defence bases are operational facilities and the risk to critical defence personnel is not acceptable."

"In many cases these facilities are not close to health and intensive care services."

The government also argued it would be "inappropriate" to have Australian travellers alongside non-citizens in immigration detention, which includes those "Australia is seeking to deport back to their home countries after they committed serious crimes, including sexual assault".

McGowan hits out on travel from India and other countries.

The federal government responded saying they were addressing the issue by restricting the flow of people out of Australia and reducing the number of people returning from high-risk countries.

M
mumsy a year ago

Reply
Upvote
1. Understandably, defence bases are an inappropriate solution but it seems more likely that the reason they don’t want to use detention centres is they don’t want Joe Public knowing how terrible the facilities are.
2. States and territories agreed to run hotel quarantine without a clear view of how transmissible the virus would be or how long it would last.
3. Restricting outbound and returning travellers? Best start with the celebrities - haha,  as if!
D
daijobou a year ago

Reply
Upvote
He is right, however the Federal Government has shown themselves so incompetent during every step of this pandemic that I would actually feel the risk of having them in control would make it worse.
C
cat a year ago

Reply
Upvote
@daijobou I agree, I never ever thought I would say this but we should definitely let the states manage the country. At least until a change of government.
D
daijobou a year ago

Reply
Upvote
@cat it’s kind of nice to know we have leaders in change of such an important task that actually care about us.
Well I guess Milkshake Morrison has his Pfizer shot so at least he will be ok.
G
gypsy a year ago

Reply
Upvote
@cat  IF, we get a change of government Cat. It is very concerning, people seem to have blinkers on. They don’t seem to see his true personality. We could be stuck with this incompetent, narrow minded  government for another 3 years. Atm people are leaning on their leader like a crutch, it happens when times are tough and that is playing into his hands.
G
gypsy a year ago