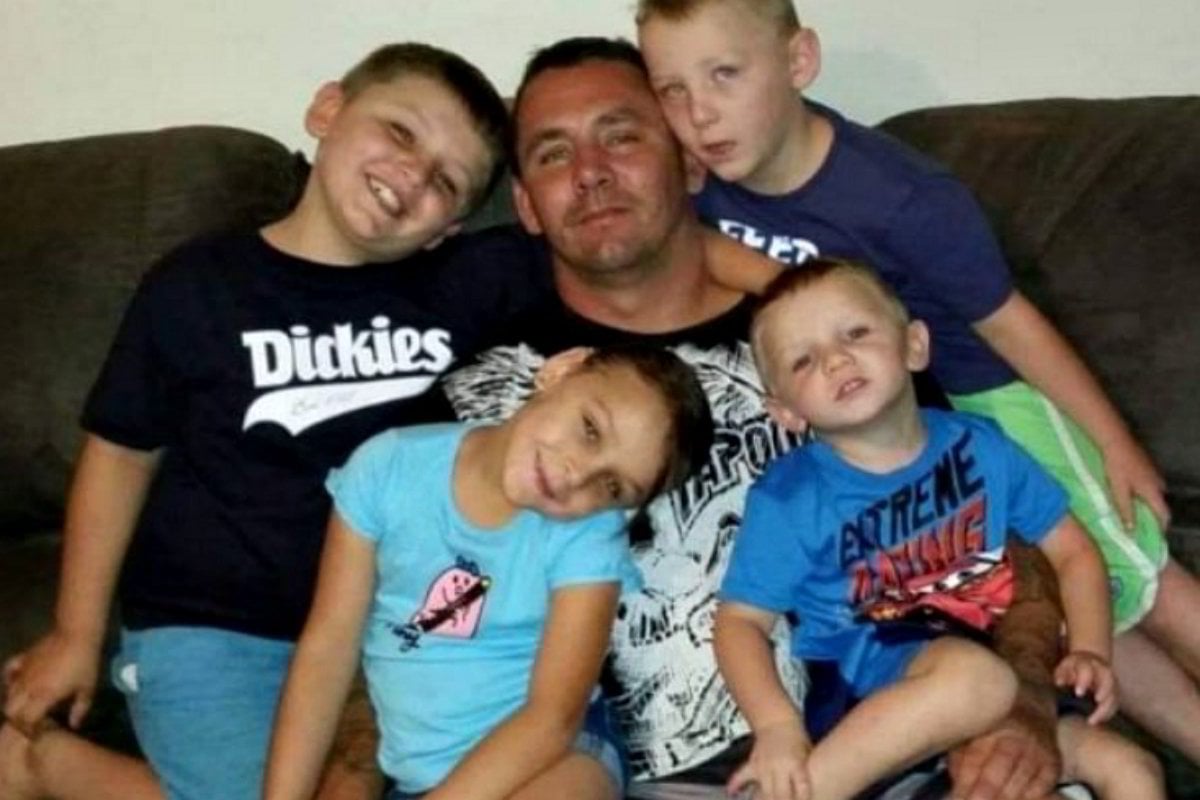 As the numbers and graphs roll on, human stories of Australia's battle against the COVID-19 pandemic continue to break through.

Stories like that of father Mark Keans, who is dying in a Brisbane hospital, cut off from his family by state border closures.

The 39-year-old has terminal brain cancer and had been facing the heartbreaking decision about which of his four Sydney-based children he would say goodbye to after health officials denied all but one an exemption to see him.

But at last, some good news.

Queensland Health told AAP overnight they have been working closely with Mr Keans' family to finalise a formal agreement that will allow the family to reunite. That agreement is expected to be reached today.

A relative told Sky News the family had been offered a deal which included entry to Queensland and a police escort to the hospital for supervised visits with Mr Keans, while wearing protective equipment.

The catch? They would have to adhere to the standard two weeks in hotel quarantine and fork out $16,000 in fees.

On Thursday night, a GoFundme page was established with a goal of raising $30,000 to cover the family's costs. Within hours, it had amassed more than $200,000 in donations.

"Honestly, the last two days have been the biggest shock," Mr Keans’ sister Tamara Langborne said in an interview with Sky News.

"We went from being nobodies to being so heard that I don’t know how I feel. It’s astounding."

She told Today on Friday the family were now in a race against time, as they sort the logistics of the reunion while adhering to quarantine and the limits of Mr Keans' treatment plan.

"We do only have a small window," Ms Langborne said.

"With not knowing exactly whether he has two weeks or a month or a month-and-a- half left, I think we are really fighting for time because if we do wait until his next window - will he even be there?"

"They need to come into quarantine."

AAP was told multiple members of Mr Keans' family made exemption applications for a visit that were under consideration by Chief Health Officer Jeannette Young.

"Queensland's current border restrictions are in place for one purpose — to save lives," a health spokeswoman said.

"Health directions in place are strict, but they are designed to protect Queenslanders from COVID-19."

Earlier, Dr Young told reporters exemptions are regularly given for people to come to Queensland to see dying relatives or close friends.

"But they need to come into quarantine if they come from hotspots," she said.

Her comments come after Sarah Caisip, 26, was denied permission to leave quarantine for her father's funeral on Thursday.

The Canberra woman wrote a scathing letter to Premier Annastacia Palaszczuk after she applied for an exemption to visit her dying father, which wasn't approved until two days after his death.

Her case became national news on Thursday when Prime Minister Scott Morrison made a personal plea for her to be allowed to attend the funeral.

Despite this, she was only allowed to leave quarantine to make her final farewell at a private viewing after the service.

Under Queensland's health measures all of NSW, the ACT and Victoria are considered virus hotspots.

Reply
Upvote
1 upvotes
While it is very sad and I absolutely sympathise, I can’t help wondering why the family didn’t postpone the funeral. We never really know when death will come and, believe me, I know the feeling of not being able to say goodbye. Pre-covid, there were no flights from Brisbane to Sydney on the Saturday when the nursing home rang me to say my mother wasn’t ‘good’. She died early the next morning a few hours before I flew into Sydney. So, I get it. We had the funeral 12 days after Mum died, to allow friends and family to make their travel arrangements. The funeral was so important for me, to allow myself to grieve and say the goodbye that I never got to say in person.
News
General
Opinion
True Crime
Politics
Sport
Explainer
Entertainment
Celebrity
Reality TV
Movies
TV
Books
Rogue
Royal
Lifestyle
Beauty
Fashion
Weddings
Home
Wellness
Health
Fitness
Travel
Food
Parents
Before The Bump
Pregnancy
Baby
Kids
Teens
School
Parent Opinion
Work & Money
Money
Finance
Career
Lady Startup
Relationships
Sex
Dating
Separation
Friendship
Family
Real Life
Couples