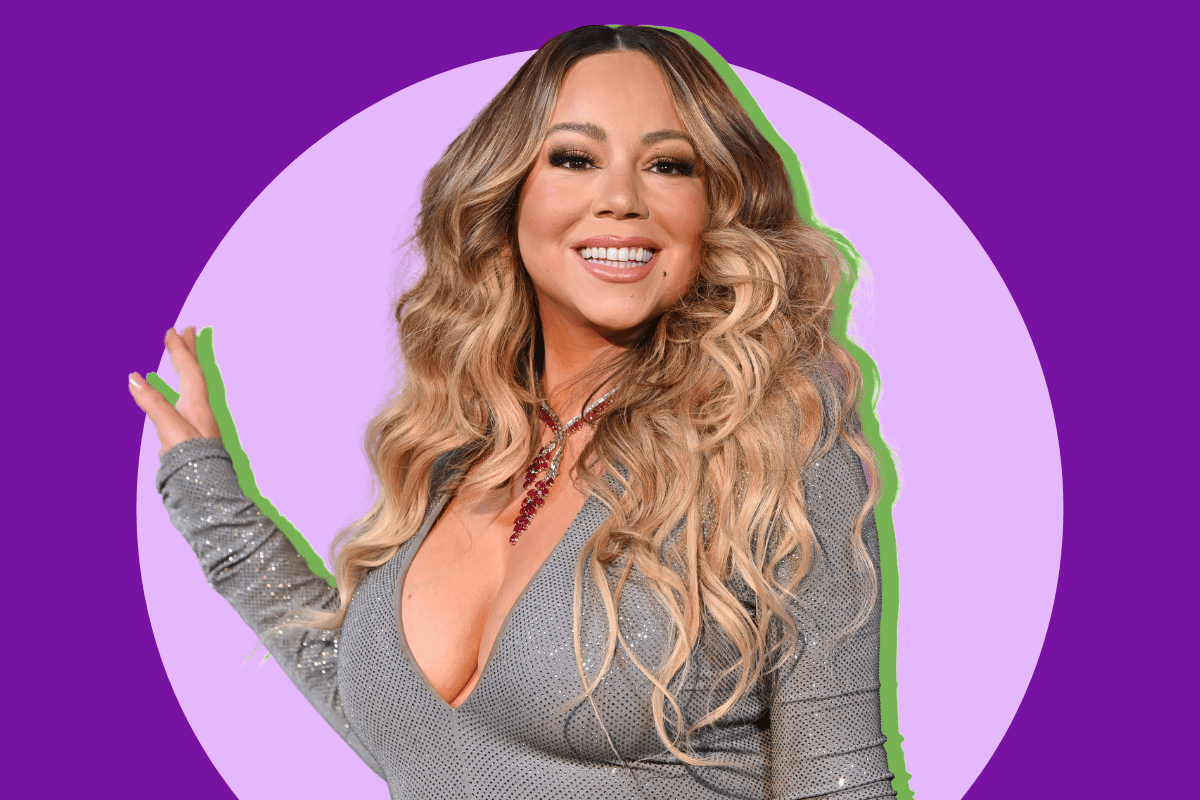 Mariah Carey is the undisputed queen of Christmas.

It’s near impossible to go anywhere in the world in December without hearing her song 'All I Want For Christmas Is You' blaring from somewhere. Her own Christmas with her two kids involves snow and live reindeer, every year.

And it all stems from the really, really crappy Christmases she had as a kid.

While you're here, check out this Christmas wrapping hack. Post continues after video.

Carey grew up as the youngest of three kids born to Alfred, an aeronautical engineer, and Patricia, an opera singer. Her parents divorced when she was three, and Carey remembers growing up feeling afraid.

"It was not uncommon for holes to be punched in walls or for other objects to go flying," she wrote in her autobiography The Meaning Of Mariah Carey.

She says she could sense when violence was coming.

“It's described through the feeling of when a storm is about to happen," she told Oprah Winfrey. “It's a scary thing but you sense it and you learn to navigate your behaviour because of it.”

Carey says she didn’t connect with her father, but they reconciled when he was on his deathbed in 2002.

“I didn't understand the strictness. It was an almost military approach to life."

As a child, Christmas always meant a lot to her.

“I always wanted Christmas to be perfect and looked forward to the holidays, but I had this incredibly dysfunctional family that would ruin it,” she recently told Mirror.

Her mum would try to make it fun.

“But we didn’t have a lot of money, so sometimes she would wrap up fruit because it was all she could afford. I was like, ‘When I grow up, I am never going to let that happen. I am going to make Christmas perfect, every year.’”

After her parents divorced, Carey stayed with her mother, moving from place to place.

“And sometimes we didn't have a place to live, and she was very unconventional on a lot of levels and I ended up self-parenting a lot of the time,” she told The Guardian in 2002.

She says she felt “neglected”.

“I always felt dirty, I didn't feel put together, and [she was] leaving me with people who were not safe."

Carey’s older sister Alison had a baby when she was in her teens. Later, she became a sex worker and struggled with drug addiction. Carey didn’t want to have a child at a young age, like her sister did.

“I suppose I saw what I didn't want to have happen to me; I saw it as a little girl on a lot of levels and I wanted to rise above where I came from.”

At the age of 17, Carey was sleeping on a mattress on the floor in a room with five other girls. But a year later, everything changed.

At a party, she slipped her demo tape into the hand of record exec Tommy Mottola. He listened to the tape on the car drive home, and tracked her down, then not only signed her, but married her. She became a star. 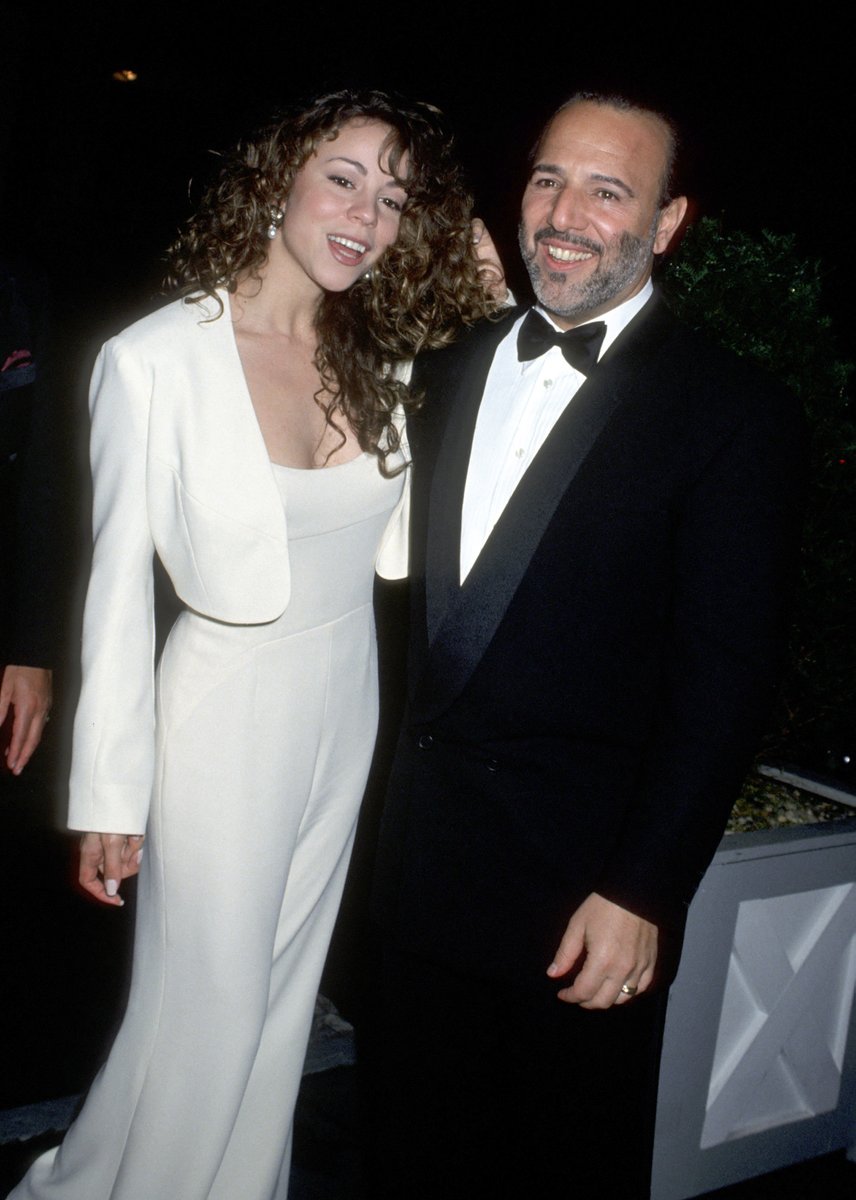 Mottola, 20 years older than Carey, built what he described to EW as a “castle” for the couple to live in, with a recording studio, a beauty salon, and “an indoor swimming pool covered by a cloud-painted ceiling for her to swim in”. But he says Carey would call the house “Sing Sing”.

Carey told Barbara Walters that the marriage was, at times, “oppressive”.

It was while Carey was married to Mottola, in 1994, that she wrote 'All I Want For Christmas Is You' for her Christmas album. She told Parade she just started writing down “all the things that reminded me of Christmas that made me feel festive that I wanted other people to feel”.

Then she got together with her song-writing partner Walter Afanasieff, surrounded by Christmas lights and ornaments, even though it was August.

“My first reaction was, ‘That sounds like someone doing voice scales. Are you sure that’s what you want?’”

That’s what she wanted. The song went on to top the charts around the world, including Australia, and reached number one in the US in 2019, 25 years after its release.

Carey’s marriage to Mottola didn’t last long, and once she “emerged” from it, as she described it to Elle, “I created the Christmases that I wanted to have.”

She married comedian Nick Cannon in 2008 and gave birth to their twins, Moroccan and Monroe, three years later. 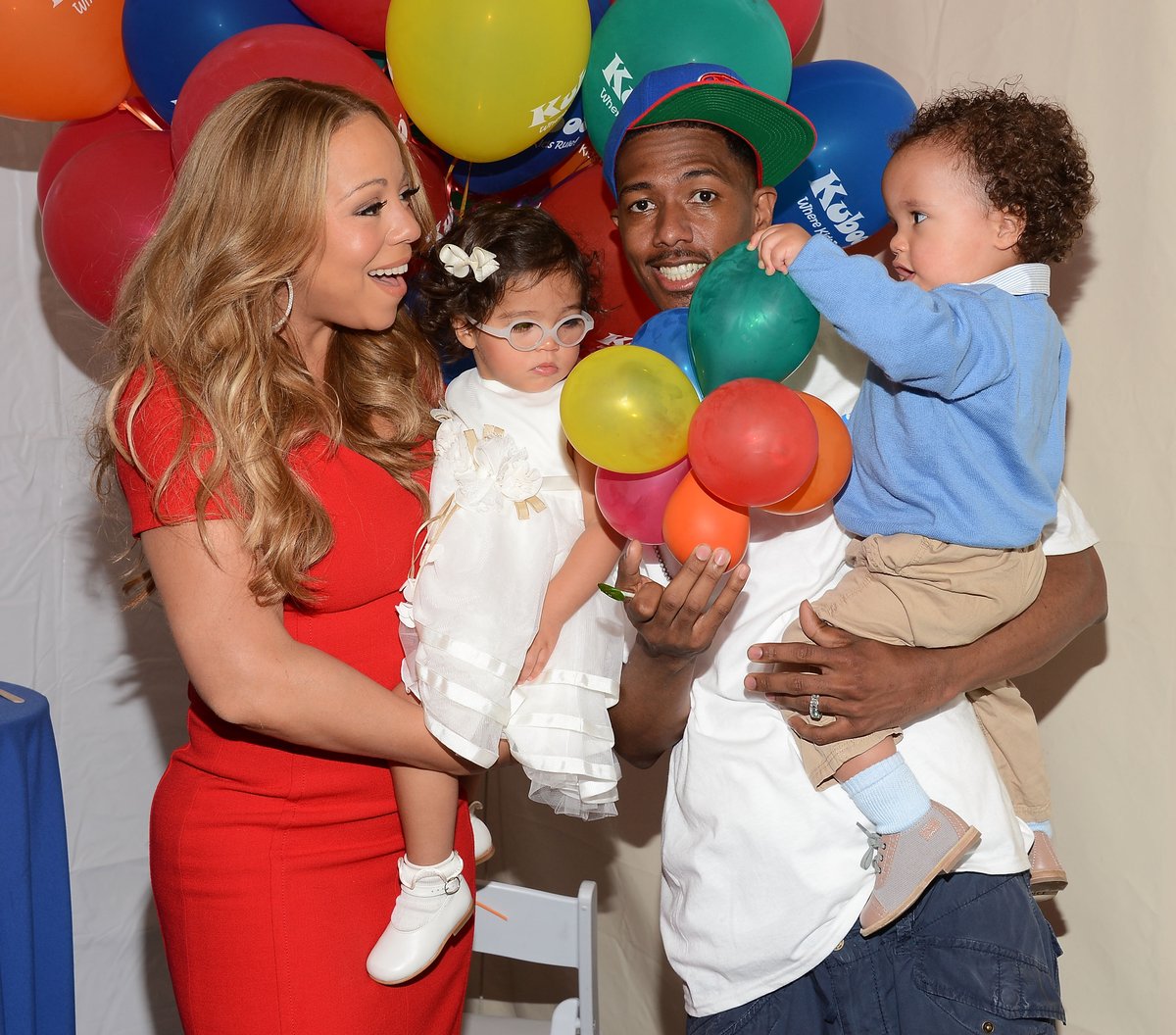 Mariah Carey and Nick Cannon with their children, Monroe and Moroccan in 2012. Image: Getty.

In 2019 she described her Christmas traditions to Cosmopolitan UK. They begin with her flying to Aspen with her kids on December 23, where snow, real reindeer and her own hit song are waiting for them every time.

“When I get off the plane, our drivers have ‘All I Want For Christmas’ playing, we have hot cocoa and some butterscotch schnapps. Then we’ll go through the woods on a two-horse open sleigh with blankets and real reindeer.”

Carey has two Christmas trees in her house, one of them six metres tall, and she arranges for a visit from Santa on Christmas Eve. Then, on Christmas Day, it’s the one time of the year she goes into the kitchen to cook.

“Often there is a sous chef, I’m not going to lie,” she adds. “I cook a couple of different things – secret family recipes from my dad.”

She won’t allow any arguments in the house on Christmas Day, only harmony.

“You have to comply or you can get out.”

This year, Moroccan and Monroe are 10. They recently made an appearance in the music video for Carey’s new Christmas song, 'Fall In Love At Christmas'. They’ll be finding lots of presents under the tree.

“My daughter’s Christmas list is like 66 items and I’m not lying,” Carey recently told US. “She texted it to me. I was like, ‘Are you kidding me?’

“Everything is over the top, but you know what? I feel like I need them to know that that’s a big deal, that not everybody has that. But I also didn’t grow up with… sometimes it was a wrapped-up orange that I got. So it’s, like, I didn’t grow up with all the gifts in the land. I kind of love making their holidays great.”