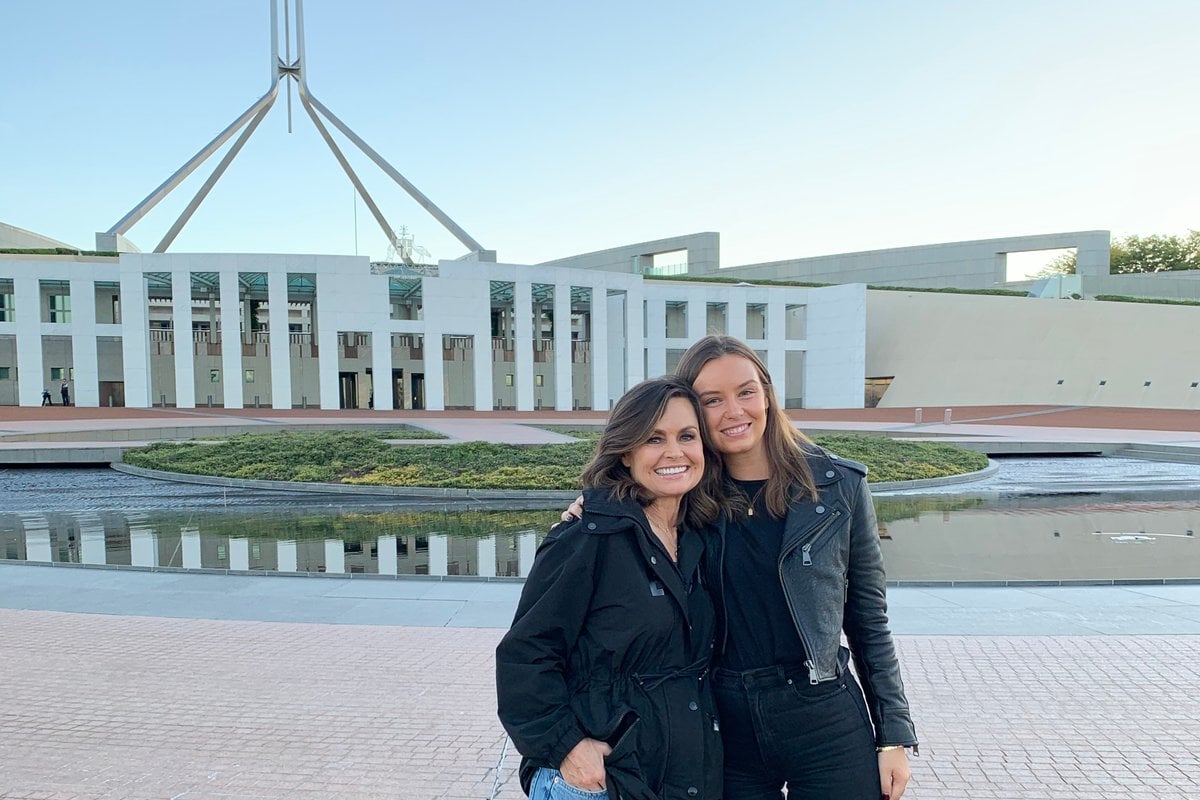 I stood outside Parliament House last night as the last rays of the sun set on an extraordinary day. I was mesmerised, as ever, by the grandeur of this epicentre of Australian democracy.

By 7pm, the thousands upon thousands of women and some men who had packed the ‘March For Justice’ rally hours before had long gone. All that was left was the building - a building, for many, that right now represents a convenient hiding place for those who continue to dismiss, or simply sweep away, the epidemic of violence against women that continues to exist in this country.

It was an eerie quietness that befell Canberra. After the crowds left, the air of rage and echoes of all those passionate voices had somehow remained, as well as the vision of all those signs held by children as young as three alongside women well into their eighties. One that stuck, read: “We are the granddaughters of the witches you failed to burn.” 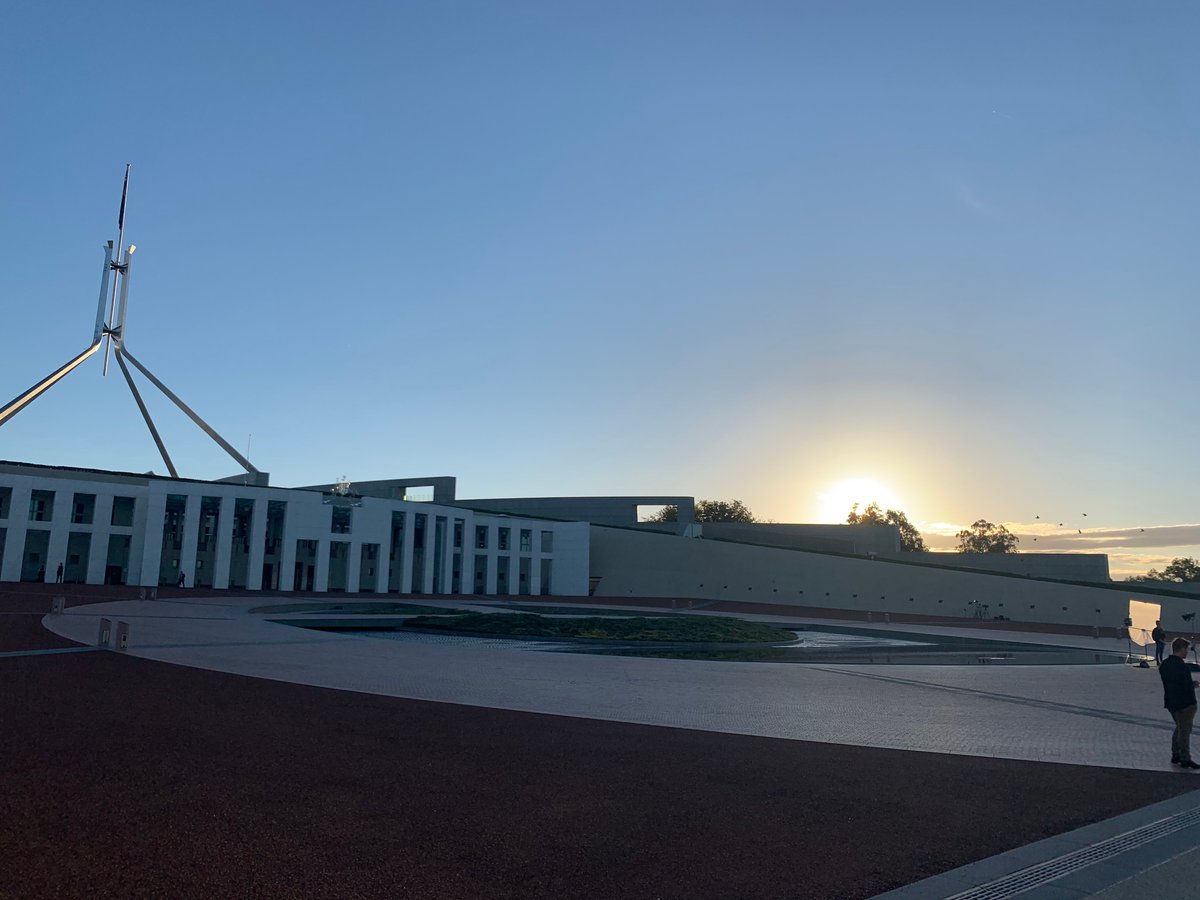 A photo outside Parliament House at 7pm on March 15, hours after the 'March For Justice' rally in Canberra. Image: Supplied.

From noon, on the lawn outside Parliament House, I had been one of the more than a hundred thousand Australians around the country who attended a Women’s 'March For Justice' rally yesterday.

Dressed in black, women protested against the sexual assault, discrimination and harassment of females in this country.

Tears filled the eyes of almost everyone there. Exhausted, tired, happy, grief-stricken, relieving tears as we all listened to women who refused to be silenced by the institution that stood as the backdrop of their speeches.

The emotion was palpable.

One political journalist told me through swollen tear-filled eyes that women in that building were going through a grief she'd never seen before. Why? Because of a toxic culture that simply won't go away, she said. But maybe this time it would be different. 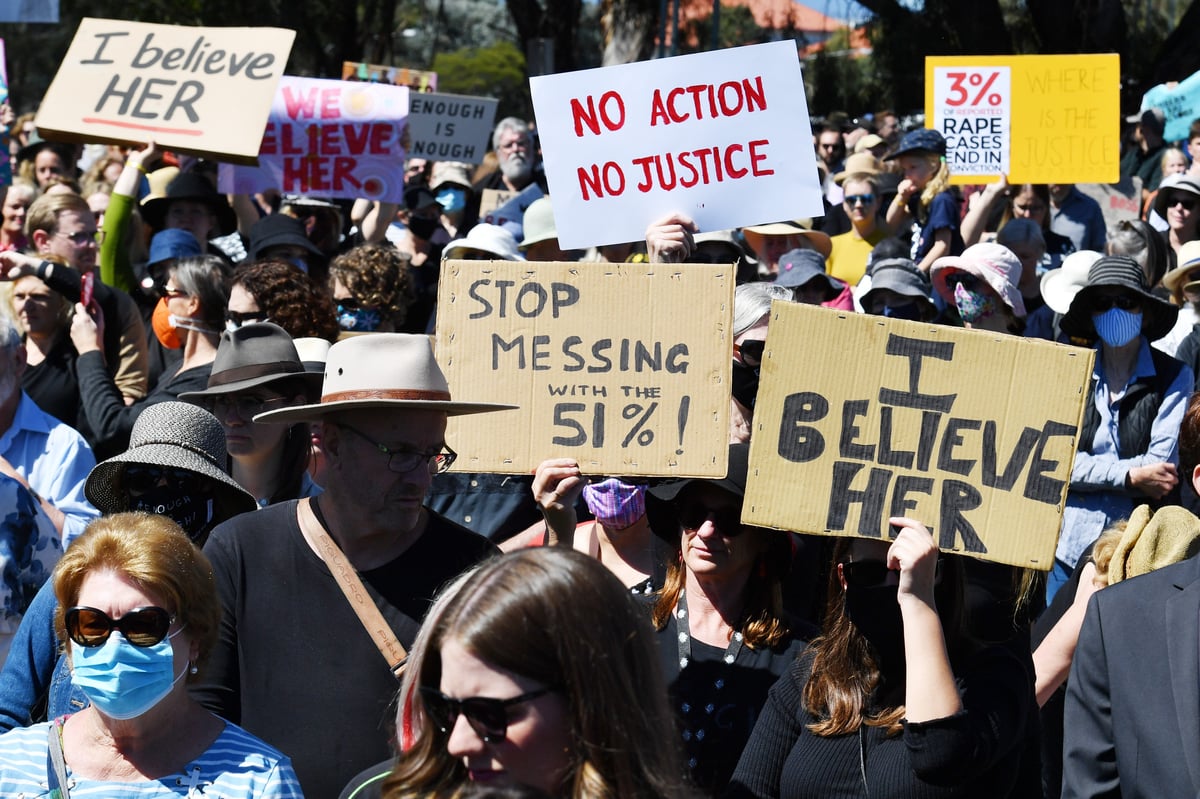 Just moments prior, Brittany Higgins - a former political staffer who alleges she was raped by a male colleague on the couch of a cabinet minister’s office inside Parliament House - delivered her speech on why she broke her silence.

“There is a horrible societal acceptance about sexual violence experienced by women in Australia,” Higgins said. “My story was on the front page for the sole reason that it is a painful reminder to women that if it can happen in Parliament House, it can truly happen anywhere...

“This isn't a political problem. This is a human problem,” she said during her speech.

After, the crowd roared: “We believe Brittany Higgins.”

Yet, the government’s apparent disregard for what women were doing on their doorstep was evident in Prime Minister Scott Morrison’s inference that we should be grateful we weren’t “met with bullets”.

Morrison also refused to come to the rally. The organisers subsequently declined his invitation to meet with him in his office.

“We have already come to the front door, now it’s up to the government to cross the threshold and come to us. We will not be meeting behind closed doors,” organiser Janine Hendry said on Twitter.

Despite the government’s dismal response, there was one phrase I kept hearing from the women at the march: “We will not let this go.”

As Australian of the Year Grace Tame said yesterday in Hobart: “The power belongs to us.”

Hence my feeling as those last rays of the sun hit Parliament House on Monday evening. 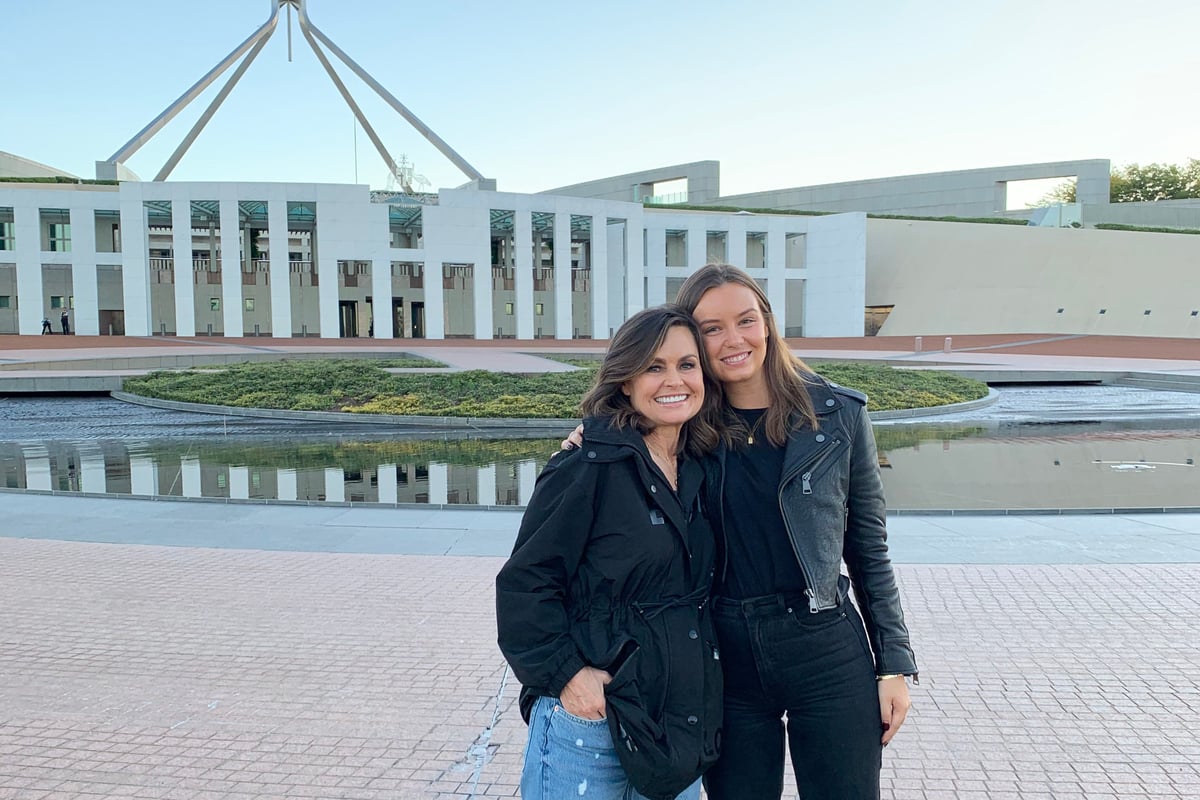 Mum and me outside Parliament House on March 15. Image: Supplied.

I wasn’t sure if the shivers I felt in that moment were from the increasingly cooling air of this Canberra night, or the lasting powerful memories this day had delivered. For so many. For so many different reasons.

Now, women march into the future armed with the rage of our individual stories that are as different as they are similar, our collective courage and the resilience of the generations of women before us who, like us, will never give up.

Rather than a sunset, it felt like the dawn of a new age.

Reply
Upvote
Great writing Billi, i was very moved and inspired by your words

Thanks so much Jacinda! It was a very moving march.

Reply
Upvote
I didn't realise Lisa is your mum. You are 2 powerful woman.  Great article Billie