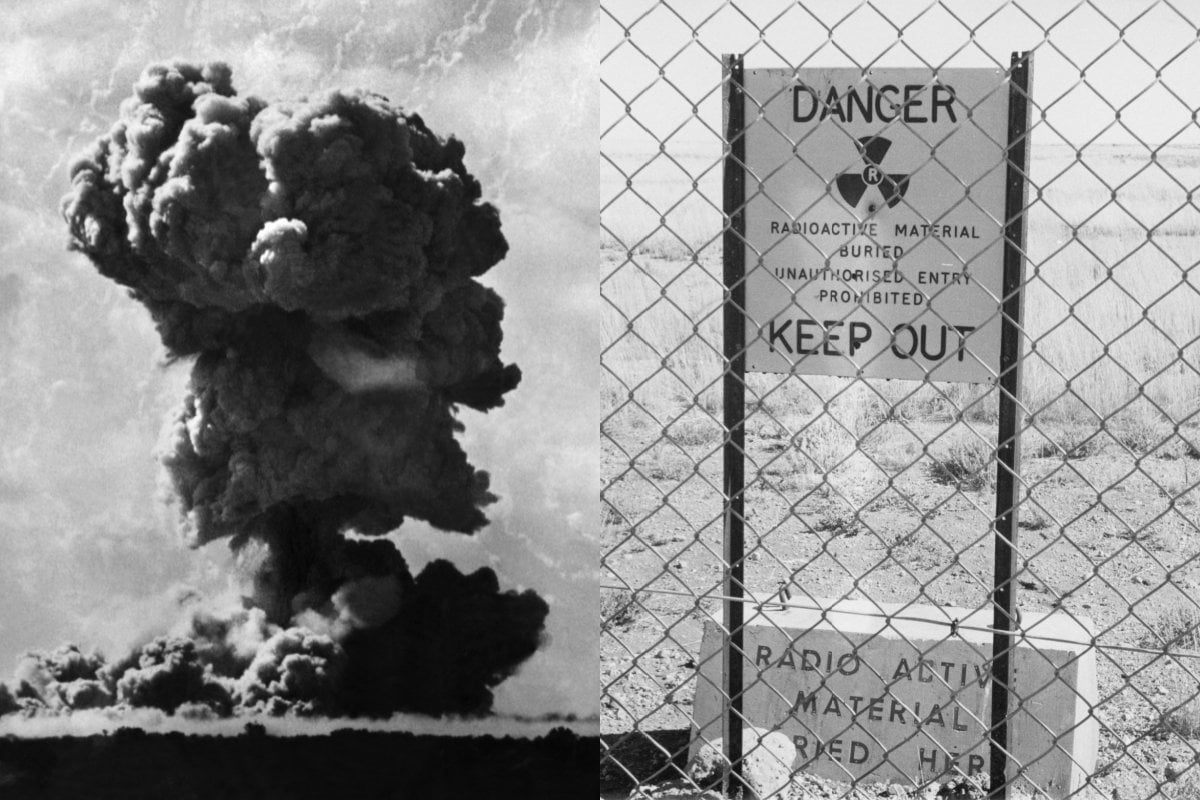 For tens of thousands of years, the Aṉangu people lived on the warm, red earth of their country.

The land provided them with food, water and shelter as they travelled around an area we now know as outback Far North South Australia.

But after colonisation, they were moved off their land: forcibly removed, sent into missions across the region and displaced by train lines linking Australia's east and west that impacted their water supply.

In 1984, the South Australian government handed much of the land back to its traditional owners. But by this point, parts of it were uninhabitable because of British nuclear testing.

In August 1945, the United States dropped atomic bombs on the Japanese cities of Hiroshima and Nagasaki, bringing a swift end to World War II and beginning the nuclear arms race of the US, Soviets and their allies.

To the British, the vast (and in their minds, uninhabited) lands around Maralinga in South Australia seemed like an ideal spot for nuclear testing, and the Australia Government agreed to "help the Motherland".

In the 1950s and 60s, Maralinga was a testing site for seven atomic bombs, including one twice the size of the bomb dropped on Hiroshima. There were also "minor trials", where officials deliberately set fire or blew up plutonium with TNT, just to see what would happen. These scattered long-lived plutonium over a large area at Maralinga. 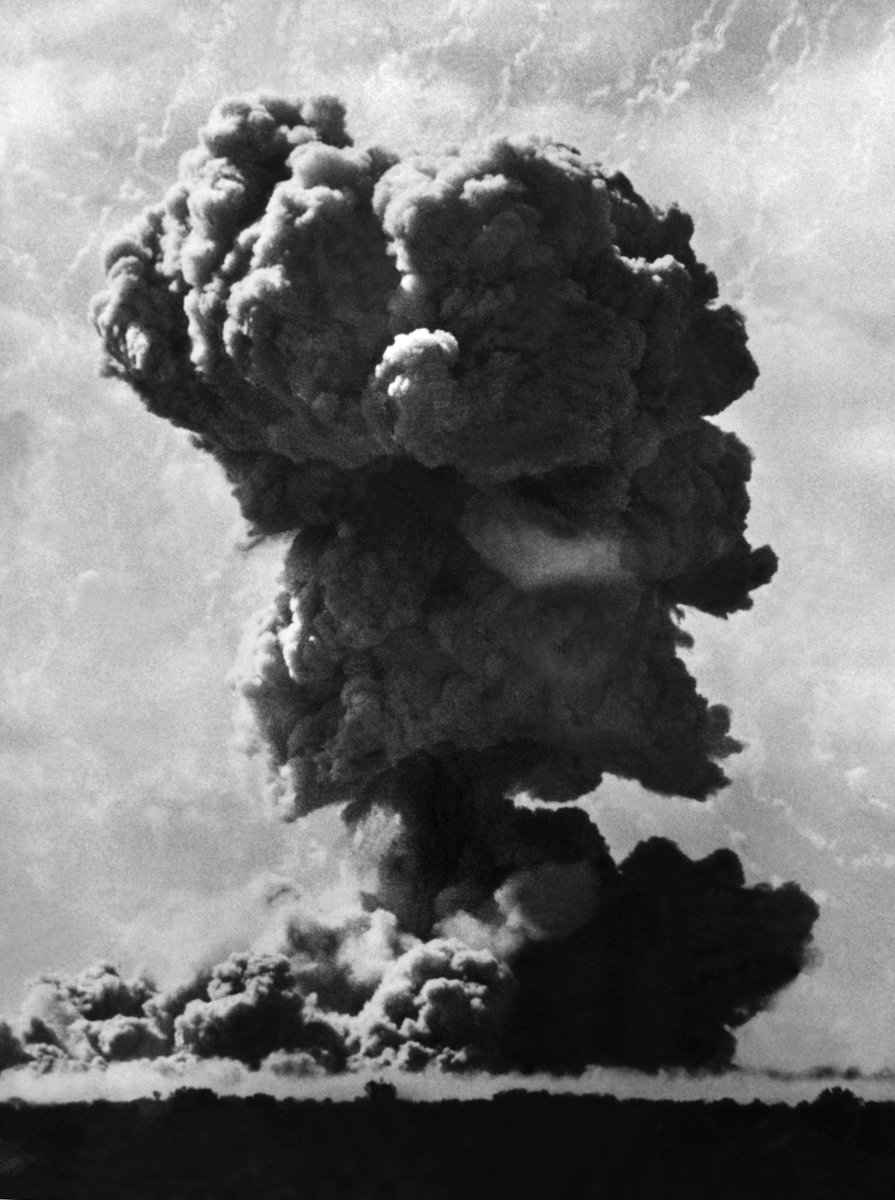 Thirty per cent of the British and Australian servicemen who were exposed during these tests died of cancer, though a Royal Commission in 1984 was not able to reach a conclusion linking their health issues directly to the blasts.

Similarly, many locals died prematurely, went blind and suffered from illness that may have been linked to radiation.

The British detonated nine nuclear bombs and conducted hundreds of #NuclearTests in outback South Australia between 1953 and 1963. The resulting contamination and cover-up continues to haunt us.https://t.co/MvXl8mXi4s@MonashEAE #Maralinga pic.twitter.com/HRdDispZSI

British nuclear scientists, wanting to determine the long-term effects of the tests on Australia and its citizens, ordered the testing of dead Australian infants and children for radiation contamination.

Between 1957 and 1978 in hospitals around Australia, bones were secretly removed from 21,830 bodies. They were reduced to ash and sent away to be analysed for the presence of Strontium 90, a radioactive isotope produced by nuclear fission.

Unsurprisingly, none of the First Nations people of the region were told about the tests and many of the bones were taken without permission.

Associate professor Liz Tynan, the author of Atomic Thunder: The Maralinga Story, told Mamamia's The Quicky First Nations people were still in the area during the periods of testing, and this led to disastrous consequences.

Tynan said the Milpuddie family - Charlie, Edie, two kids and their dogs - were found by British service personnel in 1957, camped on the crater left by the bomb Marcoo soon after it had been detonated.

"They were rounded up and most of the family, not Edie, but most of them, were given showers. Edie didn't wish to have a shower," Tynan explained.

"They were tested for radioactivity and the geiger counters did detect radioactivity, particularly on the young boy Henry. Anyway, there were rather insensitively treated I suppose, given showers, had clothes put on them and then take off down south to a mission."

Their dogs were shot in front of them. Edie was pregnant at the time, and she later lost her child.

"It was a tragic story and indicative of the callous approach to Indigenous people that was displayed by both the British government and their officials that were conducting the tests, and by the Australian government as well," Tynan said.

Following the testing, many Aṉangu people returned to the area, but the lands that had previously sustained and protected them were now poison.

We still don't know the truth impact of the bombs at Maralinga, as well as nearby Emu Fields and the Montebello Islands off the coast of Western Australia.

"The South Australian Department of Health commissioned a fairly extensive study, [but] that study was hampered by the fact there was no base-line data from which to understand the general health of the population before the tests," Tynan said.

The study did show an increase in various cancers, but most of the findings were inconclusive due to a lack of information. Indigenous Australians were not counted in the census at the time and there was very little known about the health of the populations.

In 1964, a limited cleanup of the Maralinga site, named 'Operation Hercules', took place.

A year after a 1966 survey into the level of contamination at the site, a second clean-up titled 'Operation Brumby' filled 21 pits with contaminated equipment and covered them with 650 tonnes of concrete.

Tynan said it was later found the survey data was drastically wrong, and the contamination was 10 times worse than thought.

It wasn't until decades later, with the help whistleblowers and scientists, that the government began to realise the true, horrifying extent of the damage done to the land at Maralinga. 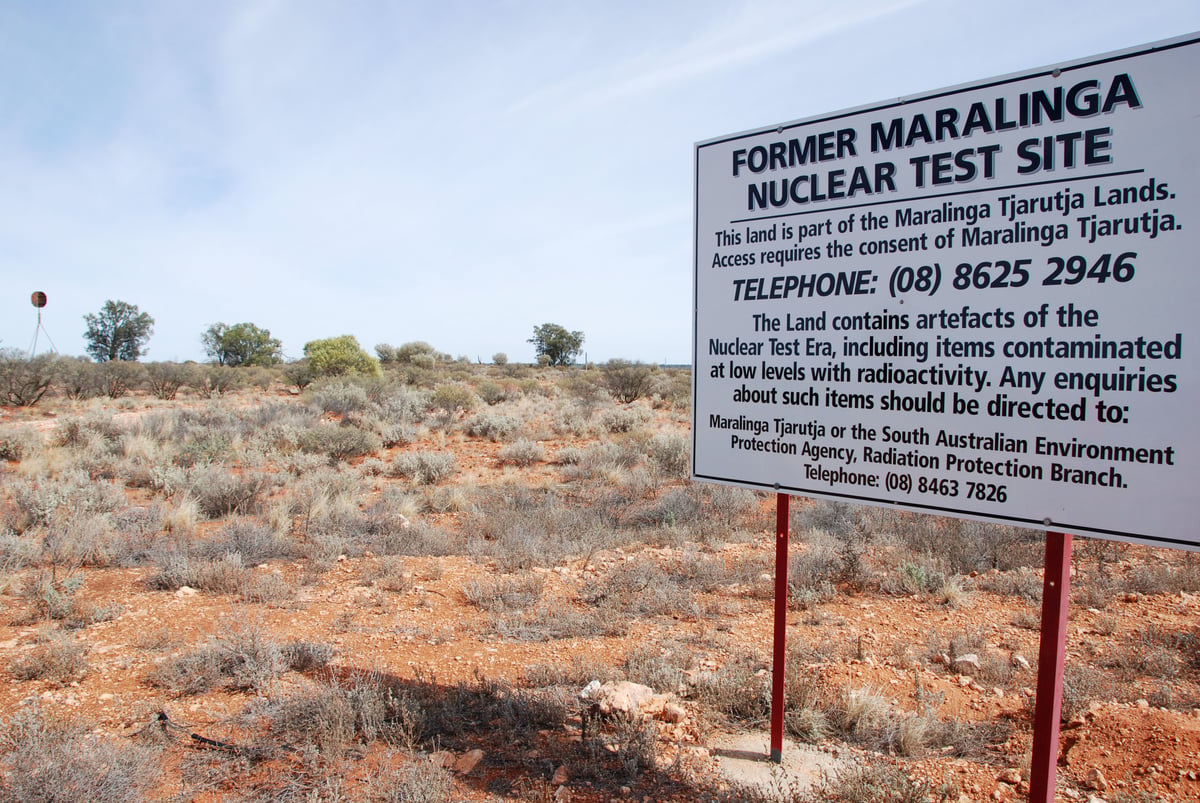 Under an agreement between the governments of the United Kingdom and Australia in 1995, another clean-up took place. And while this was more thorough than the previous, it still came with issues.

The plan had been to treat several thousand tonnes of debris contaminated with plutonium by a process called situ vitrification. Against the advice of Parkinson, the government extended the contract of the project manager, even though that company had no knowledge of the complex process of vitrification.

Parkinson was let go from the project.

The government and the project manager then embarked on a hybrid scheme in which some pits would be exhumed and others treated by vitrification. After successfully treating 12 pits, the 13th exploded and severely damaged the equipment. The government then cancelled the vitrification and simply exhumed the remaining pits, placed the debris in a shallow pit and covered it with clean soil.

Parkinson told The Quicky another, complete clean-up of Maralinga could take place, but it was unlikely because of the cost and the courage it would take to admit the previous attempts were insufficient.

Around the same time as the 90s clean up was the Australian government push for a nuclear waste dump to be located nearby.

The plan was eventually abandoned, but has popped up again in many forms over the decades. Currently, the Coalition is amending a bill that could see a site set up near Kimba.

Glen Wingfield, Eileen's son, has spent his life working and learning from his parents' tireless campaign for protection of their country.

The theme of NAIDOC Week 2021 is Heal Country! but as Wingfield told The Quicky, much of the Aṉangu lands in and around Maralinga are beyond healing.

"A lot of the Aboriginal communities that live in and around that area, they just will not and do not go back near that country. I think that's a word, healing, that we can't use in the same sentence with that area."

Tynan agreed, saying there are parts of the area that will be uninhabitable for a quarter of a million years.

"There are parts of the site that you can't go to, that are still very dangerous," she said.

"The real problem at Maralinga was the plutonium which was detonated in a series of trials... The particular type of plutonium they used, plutonium 239, has a half-life of 21,400 years which takes hundreds of thousands of years for that radioactivity to diminish."

Wingfield said the broken connection between these people and their lands is "just downright disgraceful and horrible".

"No amount of conversation will ever cover what's been done for people in and around. The lasting effects of health issues on people have been passed through people who were there to generational abnormalities... I think when you talk compensation and stuff, I don't think we'll ever get close."