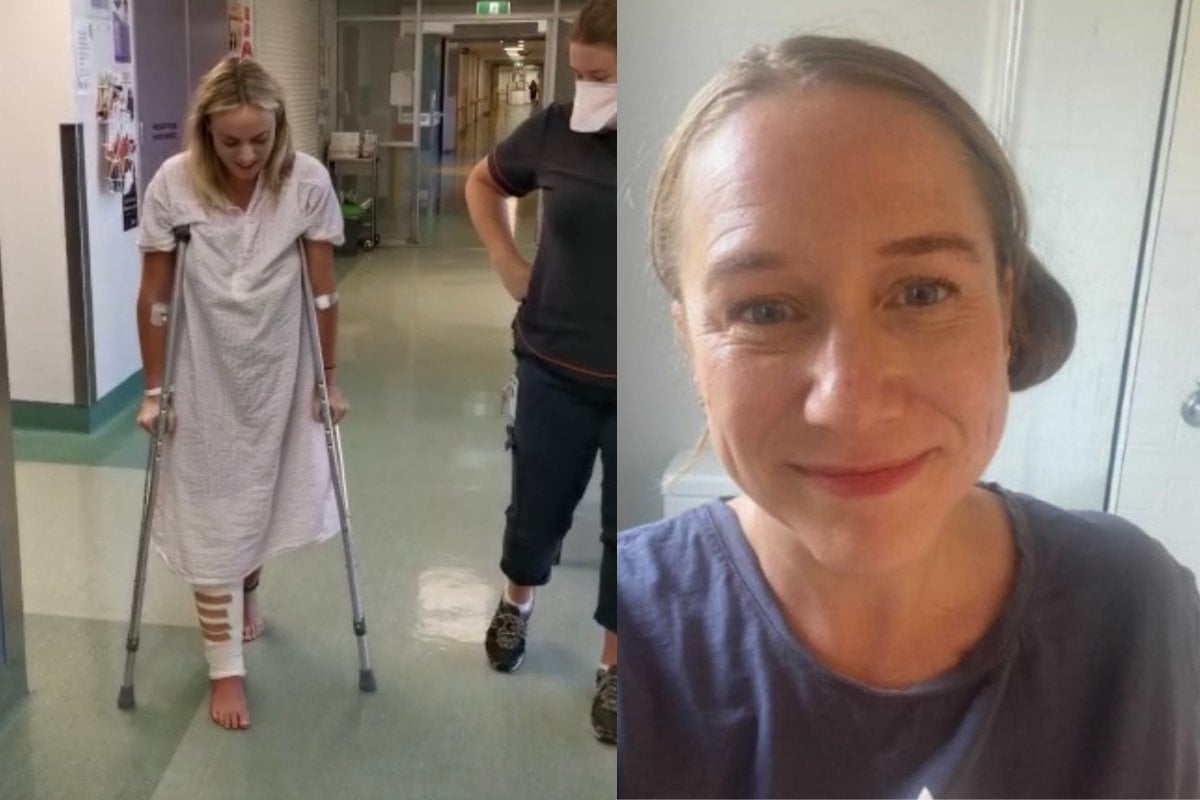 From broken bones to kidney stones, it's been a very big, very painful few weeks for Mamamia Out Loud hosts, Jessie Stephens and Holly Wainwright.

In this subscriber only episode of Mamamia Out Loud, the co-hosts discuss what happened when they were in the most pain they have ever experienced.

"I was in another place," Holly said of her recent kidney stone. "You're just entirely consumed by pain."

Jessie agreed, saying of when she broke her leg: "You assume there is a certain level of pain a human being can endure and that you can't go beyond that...

"When I actually broke the leg I thought, 'okay, so this is ten.' And then they did traction and it was so beyond the ten... My sister has said since the scream that I yelled was not a 'human scream'... I don't even remember making those noises but it's the only thing you can do.

"I didn't think my body or the universe would allow me to experience that much pain."

Click the link here and subscribe to Mamamia to listen to today's episode of Mamamia Out Loud.

Mamamia Out Loud drops every weekday when you become a Mamamia Subscriber. Subscribers get bonus episodes of our podcasts, exclusive videos and unlimited access to all the great writing on Mamamia. And, of course, you will be supporting us - Australia’s only women’s media company - and our team of female journalists and producers.