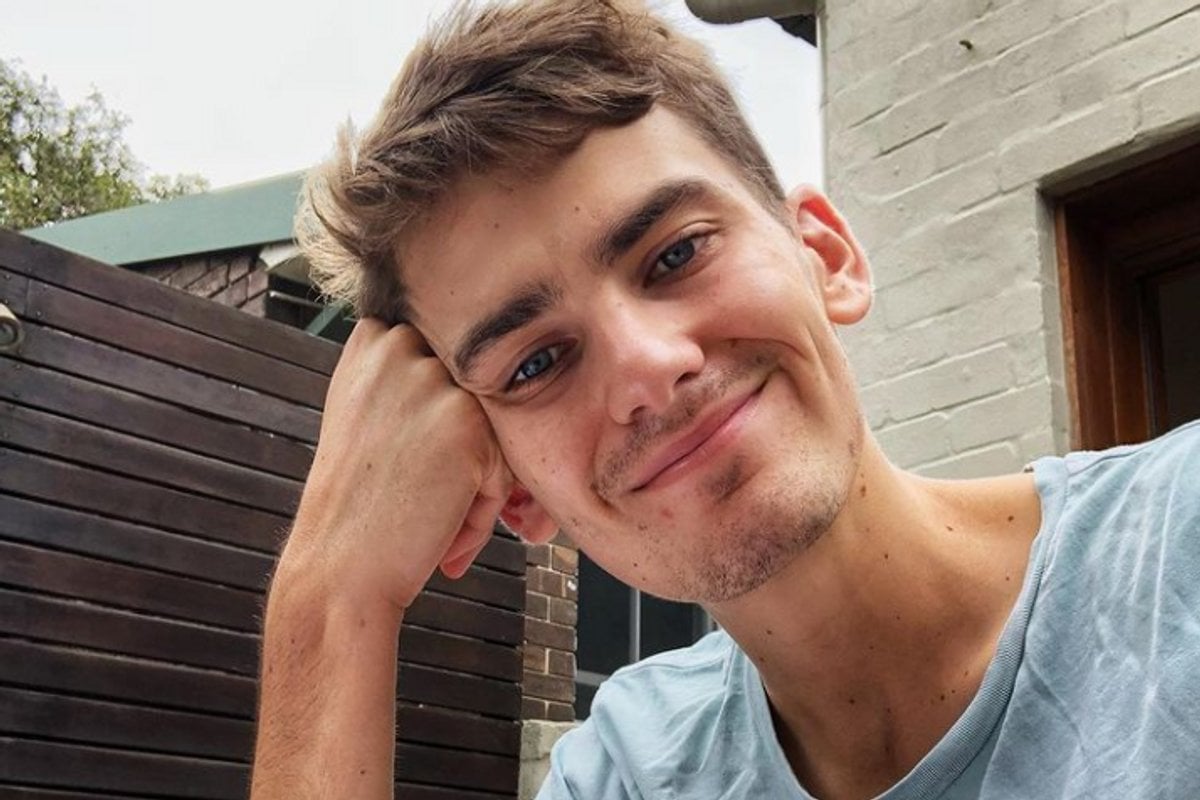 We all live with the nasties of our internal dialogue. Our days are bookended by aren’ts, shouldn’ts and wants.

My legs aren’t long enough. I shouldn’t eat that. I want to look like them.

For the most part our vanity is benign and, well, pretty self-centred. As Kourtney Kardashian would say, “Kim, there’s people that are dying!”.

But at what point does our quest for perfection transition from ponderous moments staring at the mirror into an all-consuming eating disorder?

On The Quicky, Mamamia's daily current affairs podcast, we look iat how the pandemic has fuelled disordered eating. Post continues below.

In 2016, 17-year-old me left the nurturing support of my family bubble in Adelaide, and moved to the big bad world of Sydney.

Buoyed by a near-perfect ATAR, I came to Sydney to pursue a career in the media industry. My lofty goal was to usurp Kochie on the Sunrise couch.

At the same time, I moved into a residential college with over 150 other young people and my perfect new life began.

For the next two years, my Instagram grid was an aesthetic curation.

I was committed to doing it all. I had three jobs, a diary packed with coffee dates, partied like it was 1999, studied a foreign language and exercised incessantly.

In the 18 months that followed college, I became obsessed with my appearance.

I was enraged that my stomach was never flat enough. I would poke, pick and prod at skin, begging for it to recede into a six-pack.

I would pound the pavements along Sydney’s foreshore for hours a day, no matter my exhaustion or mounting commitments.

My life was full of all the good stuff twenty-somethings need.

And hidden in plain sight behind the veneer of an Instagram filter, my perfectionism had manifested as an eating disorder.

Depleted of nutrition, my brain was rendered indecisive, stressed and sleepless. With memories fogged by self loathing and malnutrition, I can barely remember the good episodes in my coming-of-age tale. 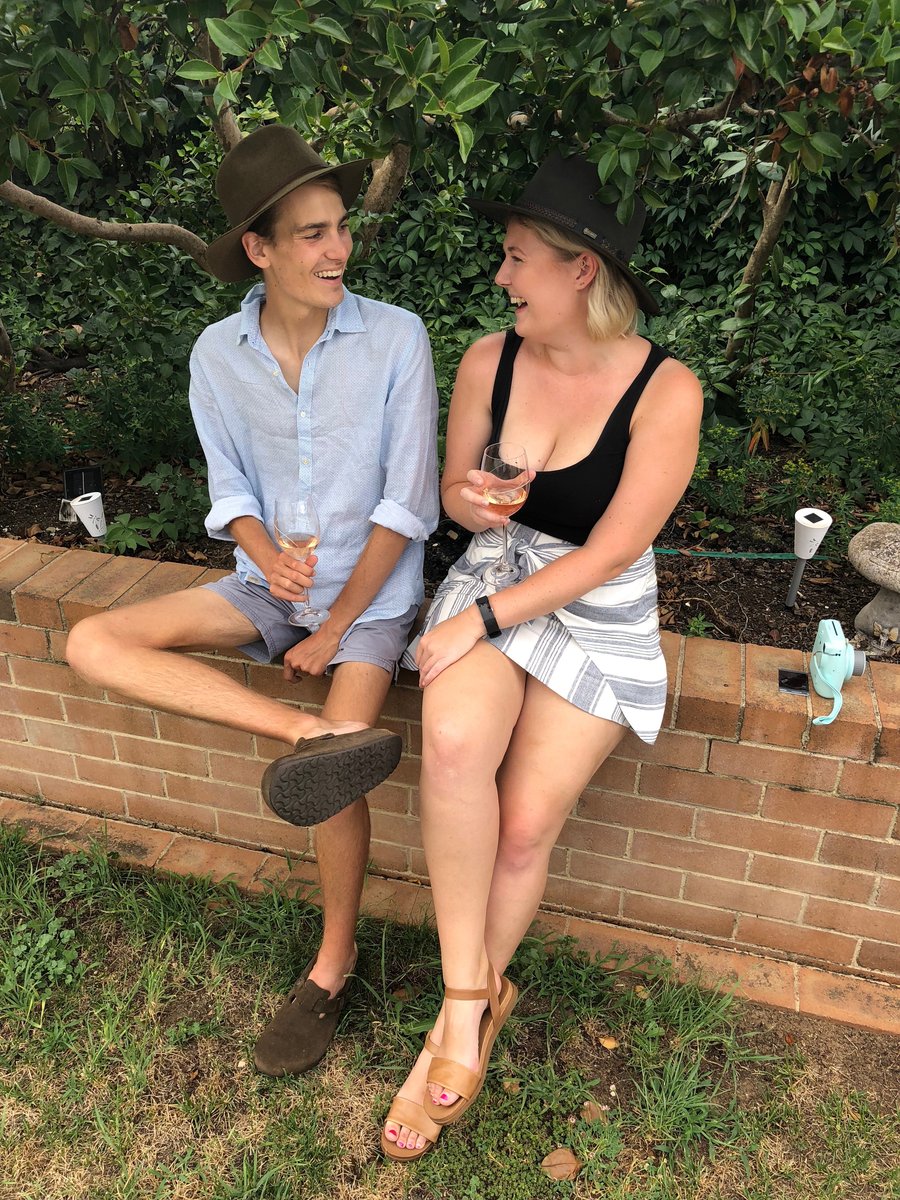 "Hidden in plain sight behind the veneer of an Instagram filter, my perfectionism had manifested as an eating disorder." Image: supplied.

I asked my best friend at the time (and to this day) Amie to explain what I couldn’t see.

“You really set out to please everyone except yourself,” Amie says.

“The jobs, the social commitments every day, the drinking almost every night. You literally had no time for yourself. I remember how you would spend hours lying in bed awake before asking if anyone had a sleeping pill you could borrow. Then you would still be up at 5am the next day to go for a walk. Before long you were withdrawing from social events, jumping between job to job and your skin went grey. That’s when I realised something was wrong. ”

During that progressive spiral into anorexia I had several, what should have been, wake-up calls.

Greatest hits include: blacking out at a party after two glasses of wine, losing the ability to ejaculate, and locking eyes with a corpse-like figure in the bathroom mirror.

The anorexia made the executive decision to hide the severity of my suffering from those closest to me. 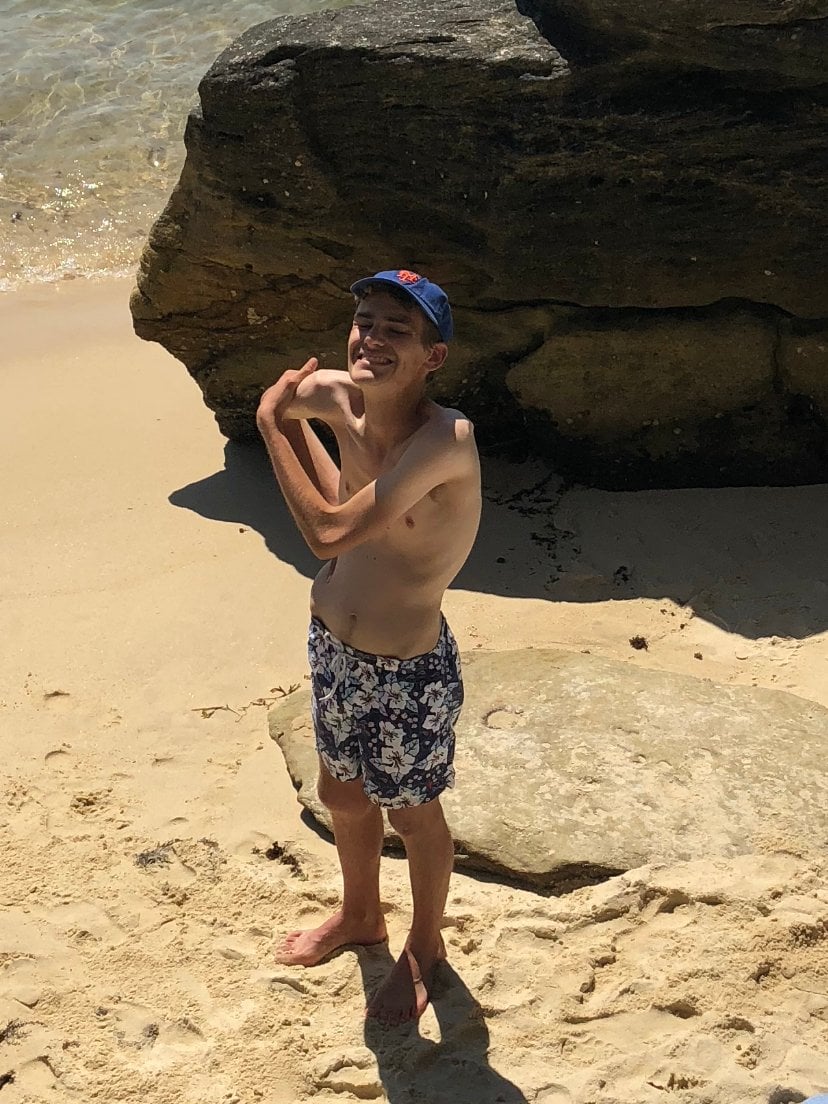 'I asked my best friend to explain what I couldn't see.' Image: Supplied.

It wasn’t until I lost the ability to sleep that I knew something was wrong. Having always woken up ridiculously early, I am a man that values a decent eight hour kip.

I consulted Doctor Google with my symptoms. Something must be up. In lieu of the answers, I booked a consultation with my local GP.

We completed an assessment of my physical health and mental health. Her diagnosis was expectedly immediate: I was dangerously underweight. From there, my GP took the reins of my diary and my life.

She devised a mental health care plan. We planned sessions with a psychologist specialising in working with young adults, and a dietitian focussing on eating disorders. The GP and I made a commitment to fortnightly appointments.

While my weight slowly stabilised, nothing could have prepared me for how long it would take for my mind to untangle the bitter resentment I harboured for myself.

At first I was unwilling to make time to engage with the Cognitive Behaviour Therapy strategies.

However, after two relapses, a few ruined friendships and many sleepless nights, I decided to give it a go.

So much so, I have completed 250 hours of yoga teacher training in the past year. My time on the yoga mat is euphoric. The practice empowers me to connect with my body, mind and breath.

Along the way in recovery, I have become a self-employed slashie pursuing my passions as a writer, publicist and yoga teacher.

I am in a daily discovery of enjoying what life has to throw at me. I am also a staunch warrior in the battle of de-stigmatising mental ill-health.

I am a man who has stared the starkness of an eating disorder in the face.

Yet there is an antiquated view that only teenage girls can seek support for eating disorders. Needless statistics continually show that eating disorders do not discriminate.

Over one third of Australians that experience an eating disorder are men. Added to that, men are less likely to seek support, meaning there are more waiting in the wings for someone to notice their suffering.

“Eating disorders amongst boys and men are grossly under-reported and unfortunately many men do not speak out openly about their eating disorder,” says Danni Rowlands, The Butterfly Foundation's National Manager of Prevention Services.

“The perception that eating disorders are a female illness, further reinforces the stigma which sadly acts as a barrier to help-seeking.”

Danni and the Butterfly Foundation team believe that hearing from more men about their experience will help the community to better understand how eating disorders affect men - and also encourage more men to speak out about their own experience.

While eating disorders do have genetic and psychological vulnerabilities and risk factors, such disorders have common signs and symptoms regardless of someone's gender identity, sexuality, ethnicity, religion or socioeconomic status.

Changes in exercise behaviour, obsessions with food manifesting through behaviours like calorie counting and restrictive diets, and substance abuse are the paths often trodden by those with eating disorders.

Eating disorders are a lonely game. You spend half the time arguing with a voice that is telling you that you aren’t good enough and the rest of the time recovering from the argument.

I implore families and friends who know someone who may be suffering to reach out to their loved ones. Education and conversations can be tough and confronting, but even the smallest action can save a life.

For those suffering, there is light at what can feel like a hauntingly oppressive and lonely tunnel.

Some days in recovery the anorexia rears its vicious head longing to see the crevices of my bones and regain the control it had of my life.

On the days where my old jeans don’t fit or I can’t be bothered with booming to-do lists, I do things which nourish my body and mind.

At the ripe old age of 23, I am at a place where I can comfortably connect and share my story and experience.

Better still, I am in a constant practice of gratitude. I am grateful for my loved ones, my work-life balance, and most importantly, my body.

Will is a lover of seeking out and crafting inspiring stories. Born and bred in Adelaide, Will has lived in Sydney for over half a decade where he has been a publicist for international brands, a food writer and advocate for youth wellbeing. Most recently Will discovered yoga and in 2020 he completed the first of what will be many 200 hour yoga teacher trainings.