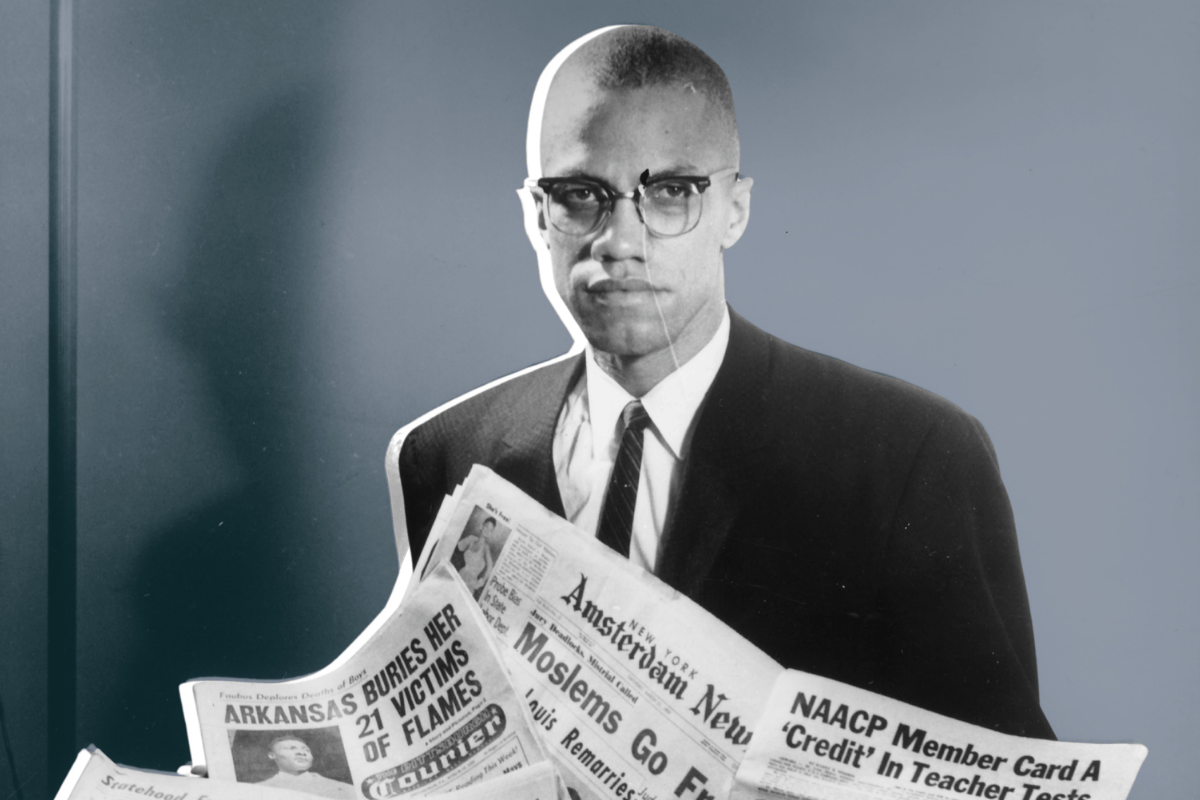 The assassination of Malcolm X has long been surrounded in mystery.

The human rights activist was shot by three men in a crowded New York ballroom in February 1965. He was 39.

Now, 56 years later, two of the three men who were convicted of his murder have officially been exonerated.

Muhammad Aziz and Khalil Islam, who have always maintained their innocence, each spent more than 20 years in prison for the crime.

"I regret that this court cannot fully undo the serious miscarriages of justice in this case and give you back the many years that were lost," New York County Supreme Court Administrative Judge Ellen Biben said as she overturned their convictions.

Unfortunately, only Muhammad Aziz was alive to finally hear his name cleared.

"I am an 83-year-old man who was victimised by the criminal justice system," Aziz told the court.

"While I do not need this court, these prosecutors, or a piece of paper to tell me I am innocent, I am glad that my family, my friends and the attorneys who have worked and supported me all these years are finally seeing the truth we have all known officially recognised."

With their convictions overturned, here's what you need to know about the assassination of Malcolm X and the men who were once considered responsible for it.

Who was Malcolm X?

Malcolm X was one of the most influential voices and icons for the civil rights movement in America.

Born in 1925 in Omaha, Nebraska, he grew to become a minister and activist for the African American community. He later joined the Nation of Islam (NOI) in 1952, which he became a prominent spokesman for. 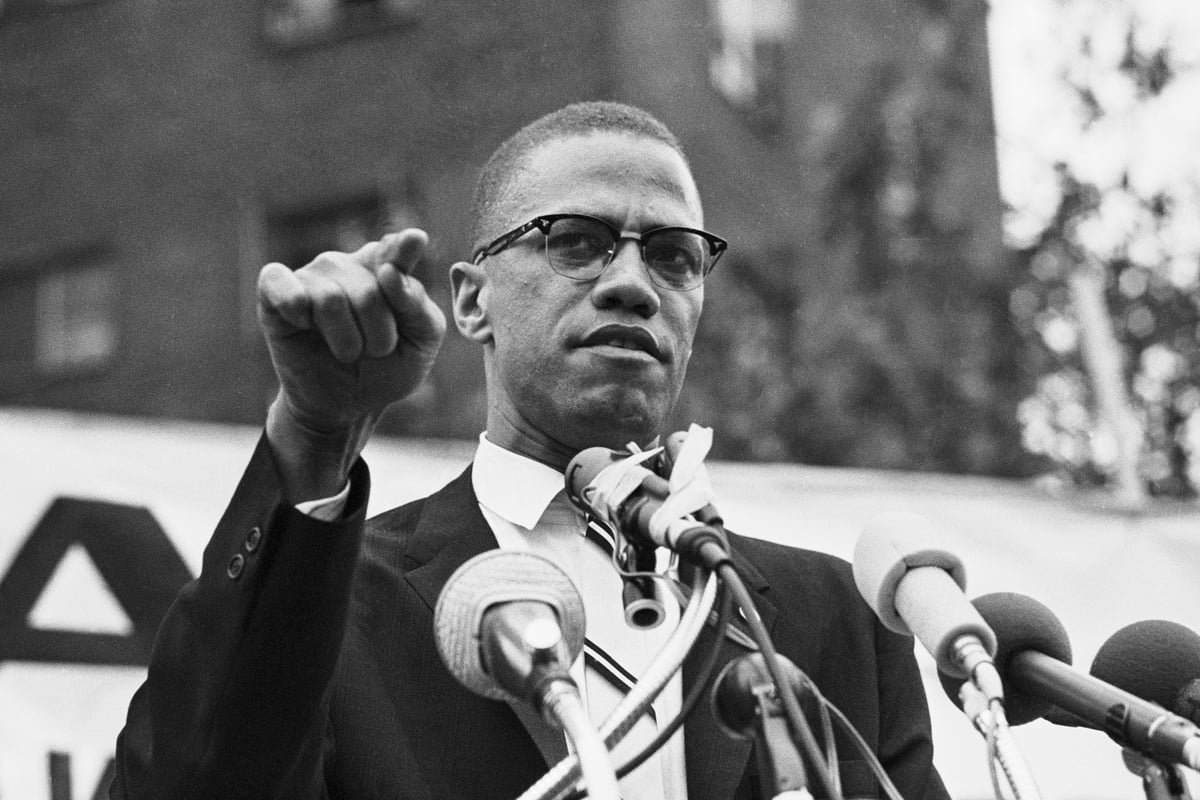 However, before his death, Malcolm X was involved in a public feud with NOI founder, Elijah Muhammad, who he accused of infidelity. He later left the NOI in 1964.

In 1965, a week before his assassination, the 39-year-old became subject to an attack when his house was firebombed while his family was inside. However, no one was injured at the time.

How did Malcolm X die?

On Sunday February 21, 1965, Malcolm X took to the stage to deliver a speech at the Audubon Ballroom in New York.

His wife, Betty Shabazz, and four children were watching on in the crowd.

Shortly after starting his speech, three men rushed on stage and shot him, reportedly over 15 times.

Aziz and Islam, who were known as Norman 3X Butler and Thomas 15X Johnson at the time, and a third man named Mujahid Abdul Halim were convicted of his murder in 1966. All three were members of the NOI and were sentenced to life in prison. 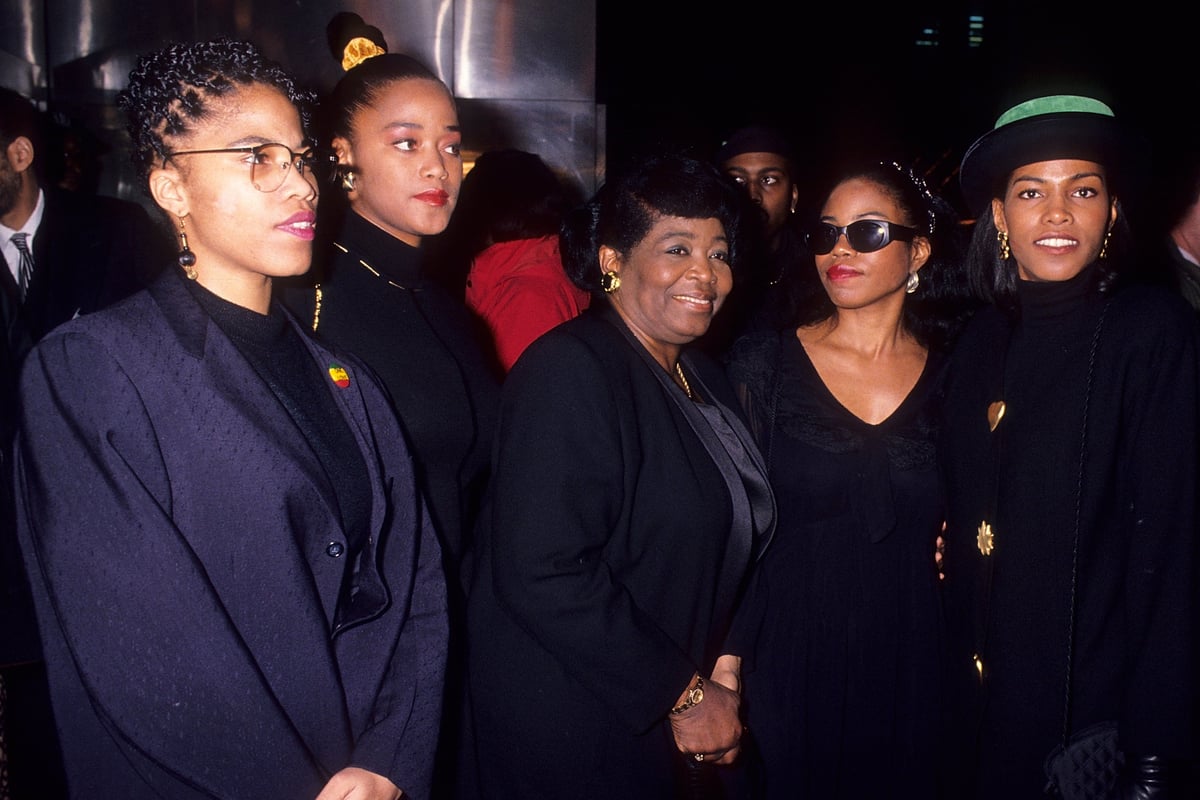 Muhammad Aziz said he heard about the killing over the radio.

For years, Aziz and Islam maintained they were innocent, with no physical evidence linking them to the murder.

Aziz also had an alibi - he was at home resting at the time of the murder after injuring his leg.

He later told the Netflix documentary Who Killed Malcolm X? that he only found out about the assassination over the radio.

"The day of the murder, which was a Sunday morning, I was laying over the couch with my foot up and I heard it over the radio," he said in the series, which later prompted a 2020 review of the case.

Halim even tried to absolve Aziz and Islam of the crime when he confessed to the murder.

"I just want to testify that Butler (Aziz) and Johnson (Islam) had nothing to do with it.. I was there, I know what happened and I know the people who were there," he said as he took the witness stand on February 28, 1966, according to The New York Times.

A 22-month investigation jointly conducted by the Manhattan district attorney’s office and defence lawyer later found that prosecutors and the Federal Bureau of Investigation and the New York Police Department, withheld key evidence that would have helped exonerate Aziz and Islam.

According to The New York Times, the investigation also found that accounts of witnesses and informants also weren't disclosed.

On Wednesday, Manhattan district attorney, Cyrus R. Vance Jr., and lawyers told NBC News he would "move to vacate the wrongful convictions of two individuals for the murder of Malcolm X".

In court, Vance apologised for the "decades-long injustice."

"I apologise for what were serious, unacceptable violations of law and the public trust… There is one ultimate conclusion: Mr Aziz and Mr Islam were wrongfully convicted of this crime." 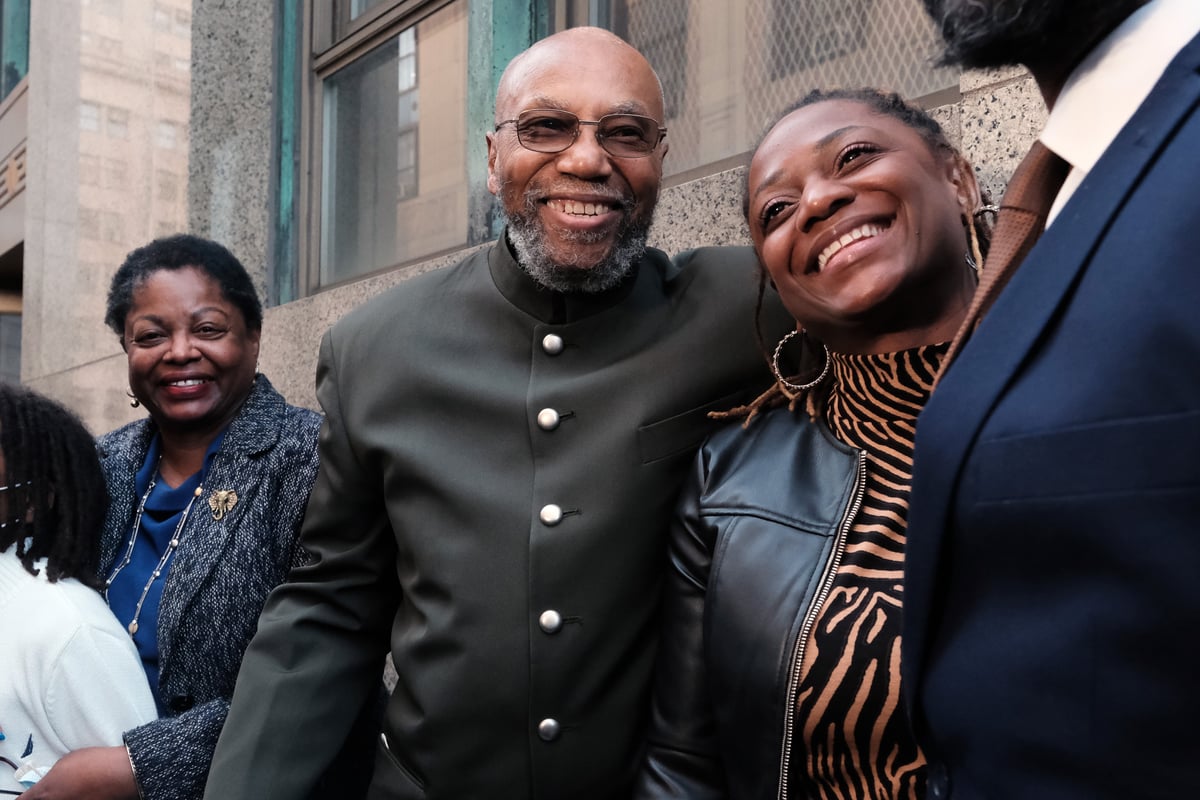 Muhammad Aziz outside the New York City courthouse with members of his family and lawyers after his conviction was thrown out. Image: Getty.

After Aziz's name was cleared, the 83-year-old told the court, "The events that brought us to court today should never have occurred."

"Those events were and are the result of a process that was corrupt to its core, one that is all too familiar to black people in 2021."

"I hope the same system that was responsible for this travesty of justice also takes responsibility for the immeasurable harm caused to me during the last 55 or 56 years."