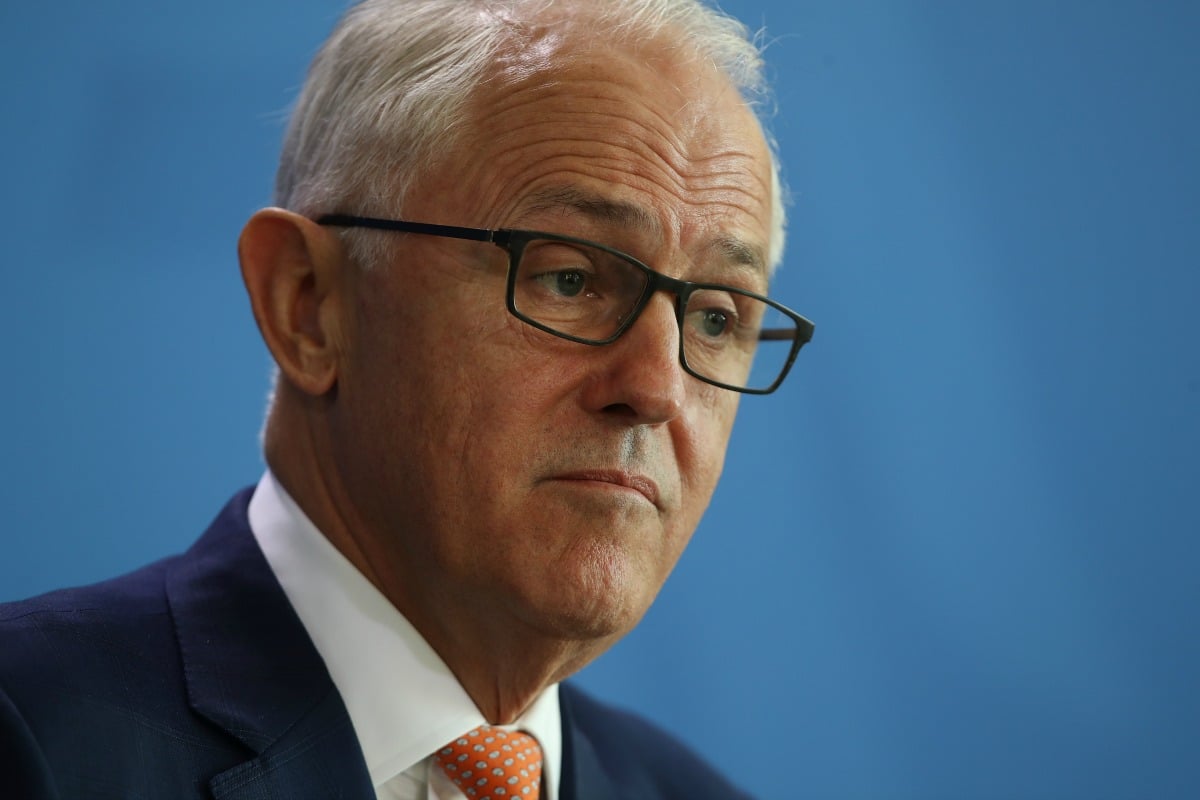 Malcolm Turnbull’s memoir, A Bigger Picture, will hit bookstores around the country on Monday.

Although we’re yet to read a full copy of the book, some little snippets have been leaked online today and they’re quite… juicy.

Turnbull not only details the deep depression he fell into during 2009, but he shares his candid opinion on our current prime minister, and reveals what other politicians said about him during his years in politics.

Here’s 5 things we’ve learnt so far from A Bigger Picture:

After losing the Liberal leadership in 2009, and crossing the floor to vote for Kevin Rudd’s emissions trading scheme, Turnbull reveals that he slumped into a “deep depression,” reports The Australian.

“To some extent, I was running on a depleted reservoir of adrenaline and then, after that speech, was done in,” he writes.

He shares that he fell into an “intense state of self destruction and thoughts of suicide”.

Only his family, doctors and a few close friends were privy to his struggles at the time, and he says the pressure on him to resign from his seat of Wentworth only further plunged him into the abyss.

"In the weeks that followed, I sank further into depression. I was prescribed antidepressants. None seemed to help and one in particular made it worse," he wrote.

He reveals his darkest days came on a trip to Turkey, to attend the Anzac Day memorial, where his thoughts of self destruction were the most intense.

He blamed himself for losing the leadership and felt like a failure, but soon recognised "my depression had been preying on the self absorbed side of my character".

2. He doesn't think Morrison should be PM.

Turnbull doesn't believe the Scott Morrison-led coalition deserved to win the miracle 2019 election. He said the current prime minister's bid to portray himself as the 'daggy dad' from the suburbs during the election campaign was "cringe-worthy".

"He's a professional politician who understands marketing and messaging better than most," Turnbull writes in his memoir, reports AAP.

"His cringe-worthy 'daggy dad' persona is more exaggerated than it is conflated, but in net terms it probably helped.

"All that aside, however, the truth is that Labor lost the election that the coalition, after the August coup, did not deserve to win."

He also reveals, reports The Australian, that colleagues of Morrison, including the Prime Minister’s now closest confidants - Mathias Cormann and Peter Dutton - had once described Morrison as a “Machiavellian plotter” who could not be trusted.

Only ten days to go before @HardieGrant release my memoir - after so many months of writing and editing great to have the book - printed in Australia too! #abiggerpicture pic.twitter.com/qNjS77xhbJ

3. He takes aim at his former cabinet colleagues.

In his memoir, Turnbull takes aim at his former colleagues for their roles in the coup that led to his resignation in August 2018.

He describes Peter Dutton as a "narcissist" and "self-delusional" for thinking he could be prime minister, and says the ultimate betrayal came from his finance minister, Mathias Cormann.

He calls Christopher Pyne a "gossip" and says Julie Bishop, one of his closest friends, wanted to become leader but would never have had the support to get it.

The former prime minister doesn't hold back from sharing personal and confidential messages and conversations in the book, including one he had with then US President Barack Obama.

He says that during a phone call, Obama told him "not to worry" about the prospect of Donald Trump winning the election because Americans would never elect a "lunatic" to the White House.

While happy to reveal the secrets of his colleagues, Turnbull also doesn't appear to shy away from the criticisms levelled at himself during his time in politics.

He reveals that he was called "politically naive" by former attorney-general George Brandis after becoming prime minister in 2015.

He also recounts a conversation with fellow former prime minister Kevin Rudd, who he says called him a "little f***ing rat" over the rebuttal of his bid to become UN secretary-general.

Turnbull says Rudd continued with: “You piece of shit. I’m going to get you for this. I’m going to come down to Australia and campaign against you in every part of the country".

The Wounded Bull 5 months ago

A Labor leader by proxy - and a bad one at that (and that is saying something). Totally self absorbed and delusional. I still have nightmares of him clad in leather jacket swooning for the Q&A labor and greens cohort. Shudder.

As a Labor voter I disagree. He was socially progressive but someone who loathes unions and by extension workers, can never be called Labor in my view. You're right about him swooning a lot of soft greens though.

I guess he might be a Labor leader by proxy to the ultra far right extremists. To balanced people he is right-of-centre.