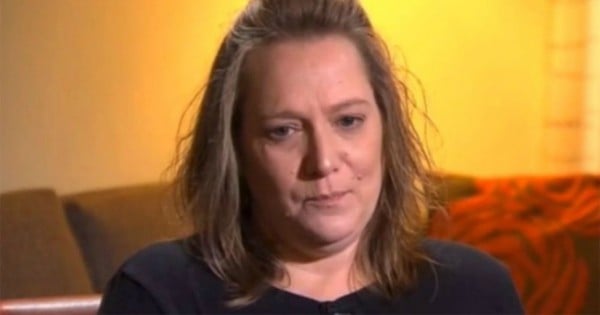 It has been a month since Netflix’s hit documentary series Making a Murderer dropped.

In that time, millions of people have emerged in a stupor from marathon binges, only to stick their heads right back into the black hole of the internet and try to independently solve the case.

At the same time, Steven Avery has filed a new appeal against his conviction for the 2005 murder of photographer Teresa Halbach whose remains and car were found at his family’s salvage yard.

There has been an avalanche of news about the show, so allow us to sort through it for you and tell you what you need to know.

1. Avery’s former fiance Jodi Stachowski thinks he did it.

Remember Jodi? She was the woman Avery fell in love with after he was finally released after 18 years in prison for a crime he didn’t commit.

In the series Stachowski is portrayed as a huge support for Avery after he is arrested in 2005 for Halbach’s murder. We see her speaking with him regularly on the phone and visiting him in prison, until her own legal circumstances mean she is barred from seeing Avery and eventually leaves him.

The version we are shown is far from what Stachowski is now claiming.

She told US talk show Nancy Grace that Avery was “a monster” and detailed allegations of abuse against him, including claims that Avery threatened to drop a hairdryer into the bath while she was in it, and that he threatened to harm her if she didn’t present him in a good light.

Stachowski says she doesn’t know whether Demos and Riccardi knew anything about the alleged abuse, and said she had asked them not to put her in the documentary at all.

2. The filmmakers deny bias in their work.

Demos and Ricciardi have been largely quiet in the weeks since MaM dropped, but on Sunday they took questions about the show at the Television Critics Association Press Tour, and responded to many of the criticisms about their work.

The explained why they took on Avery’s story.

“We chose [Avery] because of his unique status of being failed by the system in 1985 and for 18 years after that. We were looking at how someone like him could find himself arrested for a new crime,” Demos said.

“Each and every one of us is entitled to justice,” Ricciardi said.

“This is a documentary, we’re documentary filmmakers, we’re not prosecutors, we’re not defense attorneys — we did not set out to convict or exonerate anyone, we set out to examine the justice system and how it’s functioning today.”

Laura Ricciardi: we wanted to find out how someone wrongly imprisoned for 18 yrs could find himself back in prison 2 yrs later #TCA16

They said they hadn’t heard Stachowski’s claims while making the documentary, and were therefore unable to include them.

“I can’t say why Jodi is saying what she’s saying,” Ricciardi said.

“When we filmed with her, that’s what she was saying to us. It was an accurate feeling at the time.”

One piece of evidence going around is that the filmmakers left out DNA evidence that proved Steven Avery had been around Halbach’s car.

Prosecutor Ken Kratz told Maxim that DNA from Avery’s “sweaty hands” was found under the hood of Halbach’s car, separate from the blood DNA evidence that the documentary considered extensively.

“There’s no such thing as ‘sweat DNA.’ Their own expert, from the crime lab, testified that they never did a presumptive test on that hood latch to see if there was blood there. And she said, ‘I can’t foreclose the possibility that it was blood from which the DNA came.’ It was a discolored swab.”

They don’t have Netflix in jail, and Avery’s request to watch the series has been denied. So he hasn’t seen it.

Presumably that means his nephew Brendan Dassey, also in jail for the murder of Halbach, hasn’t seen it either.

Listen to a Bonus episode of Mamamia Out Loud, all about Making a Murderer:


5. There is a real possibility that there’s going to be a season two.

Since MaM aired, Ricciardi and Demos have recorded more conversations with Avery from his prison cell.

Avery has his appeal, and there has been a significant groundswell of support for him from an outraged general public.

What happens next is far from decided, but Demos and Ricciardi say they are open to round two.

That’s bound to make true crime enthusiasts disappointed in Serial’s decision to pick up a completely different case for series two much happier.