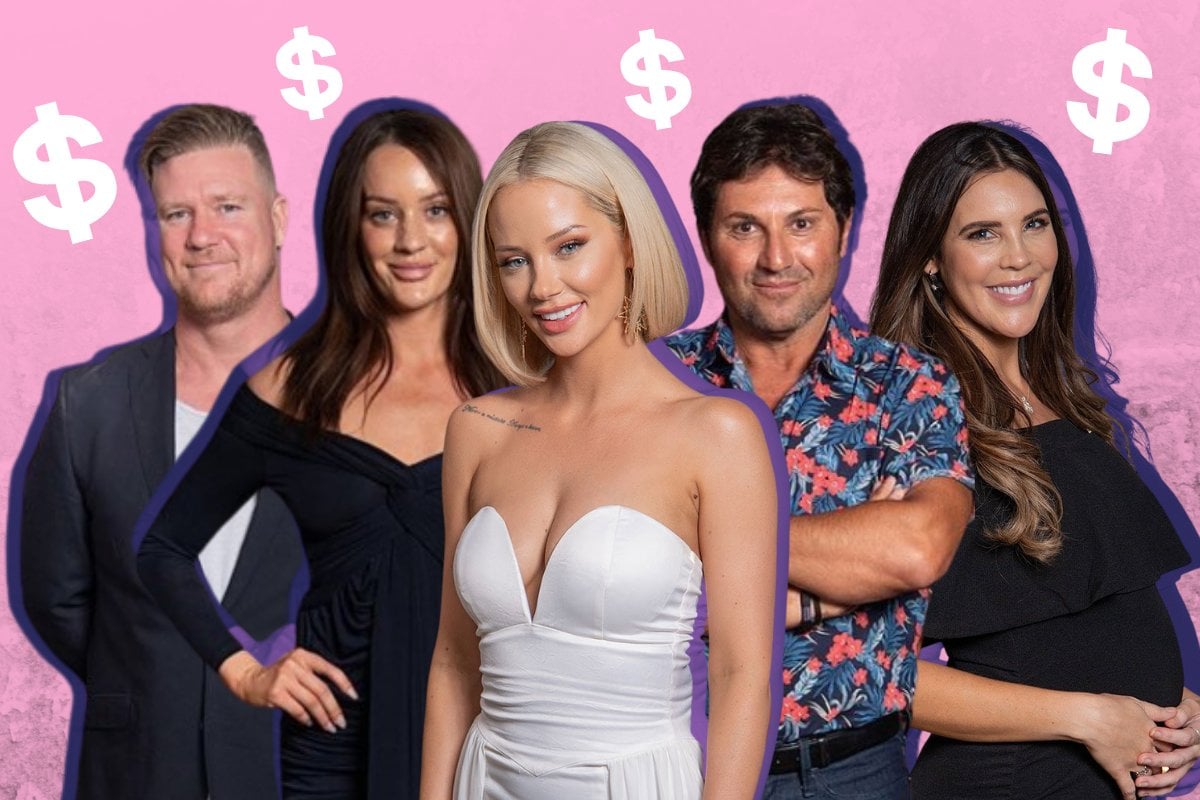 Hold onto your wine glasses because the MAFS all star reunion kicks off tonight. And it's practically guaranteed to be a hot mess.

The two-part grand reunion special, which airs on Sunday and Monday night, will bring together the most memorable (aka entertaining) MAFS contestants for two drama filled episodes. And thanks to all the rumours floating around, we know we can expect tears, walkouts and yes, another wine throwing incident.

Watch: The latest trailer for the MAFS 2021 reunion. Post continues below video.

So ahead of tonight's premiere, we decided to round up all the goss on exactly how much the contestants are getting paid to appear in the reunion. Spoiler alert, it's... a lot.

Here's the contestants walking away the biggest paychecks.

Dean Wells, who you'll no doubt remember from the season five cheating scandal, scored himself quite the deal to appear in the reunion.

Dean went on to say that he's "pretty sure everyone else got about the same", including Ryan Gallagher.

"Ryan Gallagher and I have the same manager who deals with that stuff and I'm pretty sure everyone is roughly around that amount."

In a recent interview with the So Dramatic! podcast, Tracey explained that she was paid "$3,000 like most other people".

When asked if she negotiated for higher pay, Tracey responded, "I'm not the negotiating type of person so I was happy with what they offered, because as I said I was just happy to catch up with everyone."

"Whether others negotiated or not I don't know, but I do know that was what was offered to pretty much everyone."

Host Megan Pustetto also bought up that Telv Williams reportedly asked for $100,000 to appear in the reunion.

"God what is wrong with these people. Like seriously, we're not Mark Wahlberg... we need to just calm down," Tracey replied.

While the pay might not be in the six-figure range, Tracey said she was earning more from the reunion than she did filming the season.

"You can't complain with that."

Nasser Sultan is set to stir up some serious drama at the reunion. But according to The Wash, he was one of the lowest paid contestants.

The publication reports that Nasser "instantly accepted the $3,000 fee without thinking twice".

According to The Wash, season six star Ines Basic managed to bag the biggest paycheck and a hotel upgrade for the reunion.

All the other contestants are believed to have been paid at least $3,000.

The MAFS reunion special will air on Sunday, January 31 at 7pm and Monday, February 1 at 7:30pm on Channel Nine.