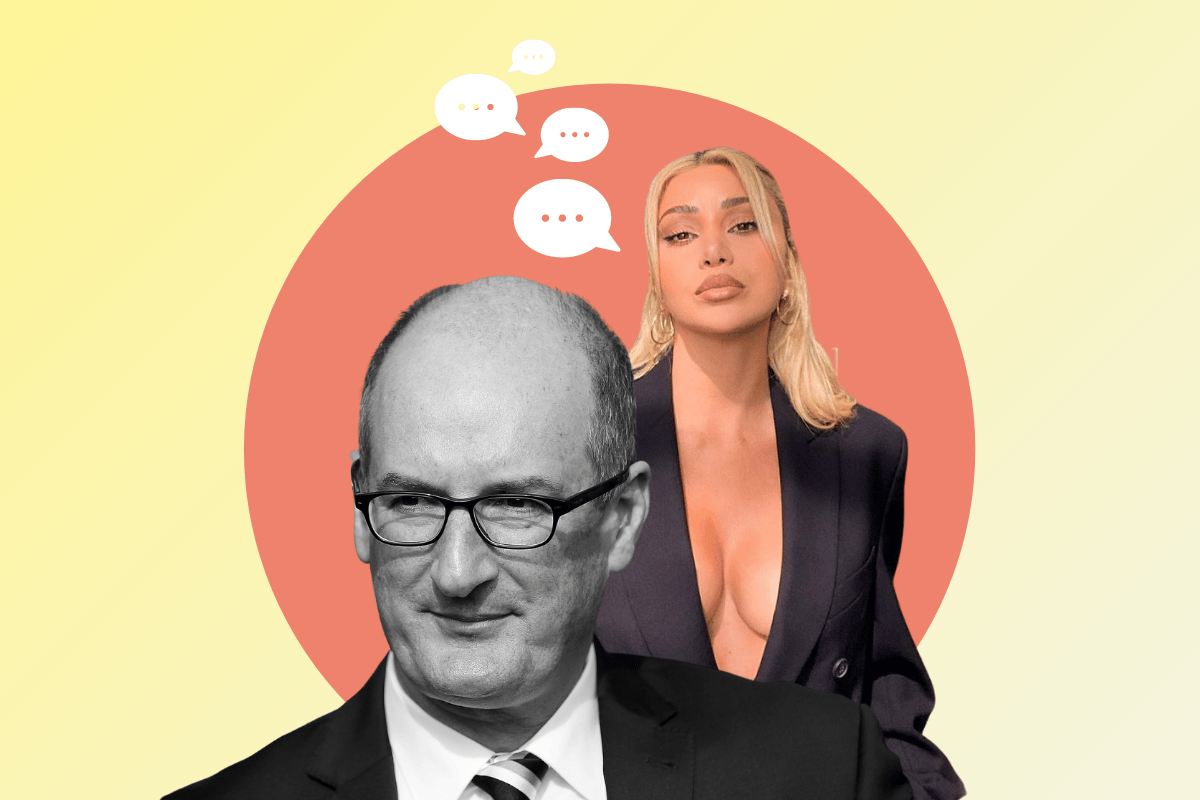 We need to talk about the feud going down between MAFS star Martha Kalifatidis and Sunrise host David 'Kochie' Koch, because quite frankly we're equal parts confused and intrigued.

In case you missed it, the stars have had some serious beef for quite some time. And by that we mean two solid years.

During that time, there's been claims of a mysterious 'elbowing incident', a YouTube video, and most recently a "sassy" voice message.

But we're getting ahead of ourselves.

Here's everything you need to know about Martha and Kochie's very bizarre feud.

Alright let's go back to the very beginning, shall we?

It all started back in 2019 on the Logies red carpet, when Martha allegedly elbowed Kochie in the ribs - or so he claimed on Sunrise.

"I’ve still got bruises in the ribs from the Married At First Sight woman who elbowed me on the way through," Kochie said on the show the next morning. "I had no idea who she was."

"The one with the dark hair?" co-host Natalie Barr responded. "She was fierce." 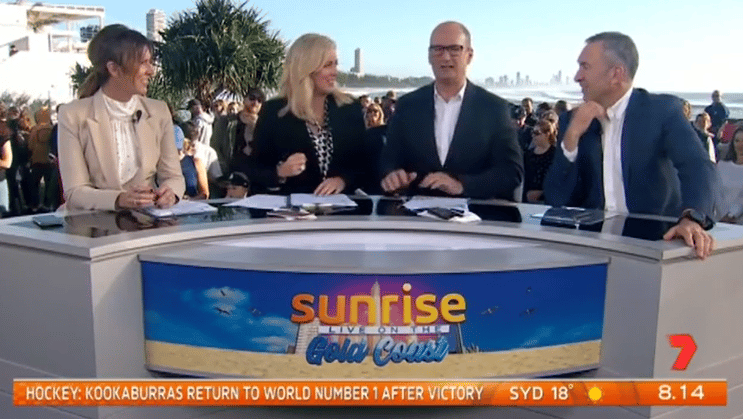 Sports presenter Mark Beretta also joined in, saying, "Do not get between Martha and a camera".

"Especially when you’ve only got 15 minutes of fame," added Samantha Armytage.

Naturally, Martha wasn't too happy about the comments made about her on national TV. So she did was every celeb locked in a feud does - she filmed a YouTube video to share her side of the story.

In the video, titled 'My Final Say To Kochie And Sunrise', the MAFS star denied the elbowing ever happened.

"Kochie refused to apologise for lying about the elbowing incident. He just thinks I don’t deserve an apology," she in the video.

"It’s at the expense of my wellbeing and it’s not fair. He just thinks that because I was on a reality TV show and am a reality TV star that I don’t deserve to get an apology for him. Perhaps that I’m beneath him," she added.

"I’m a person and I have feelings and Sam and Koch have caused me so much stress and anxiety these past few days and I just feel like it’s so unnecessary, like for what, for ratings?"

Days later, Armytage was asked by Nova’s Fitzy and Wippa if Martha actually did elbow her Sunrise co-host.

"No, it happened," she told the radio hosts.

"I won’t throw any shade at Martha, but let’s not give it any more oxygen because the 15 minutes is going on and on."

Just when we thought the feud was but a distant memory, the drama was brought up again during Matha's appearance on The Kyle and Jackie O Show earlier today.

During the show, Martha was challenged to call five different celebs and if they all answered she would would win $2000 for her chosen charity, Bully Zero.

Well, then she was challenged to call Kochie - who didn't pick up because he was on air at the time.

So, Martha decided to leave him a voice message instead.

"Just wanted to call you up, we are working with Bully Zero, an amazing charity. We thought this would be a great opportunity for you to clean up on air that I never elbowed you on the red carpet and you clearly did that for clickbait and for some attention, which you got."

After Martha hung up the phone, Jackie O pointed out that "it was a sassy message!"

And yes, yes it was.

At this stage, Kochie hasn't made any form of response. But we'll be right here if/when he does.