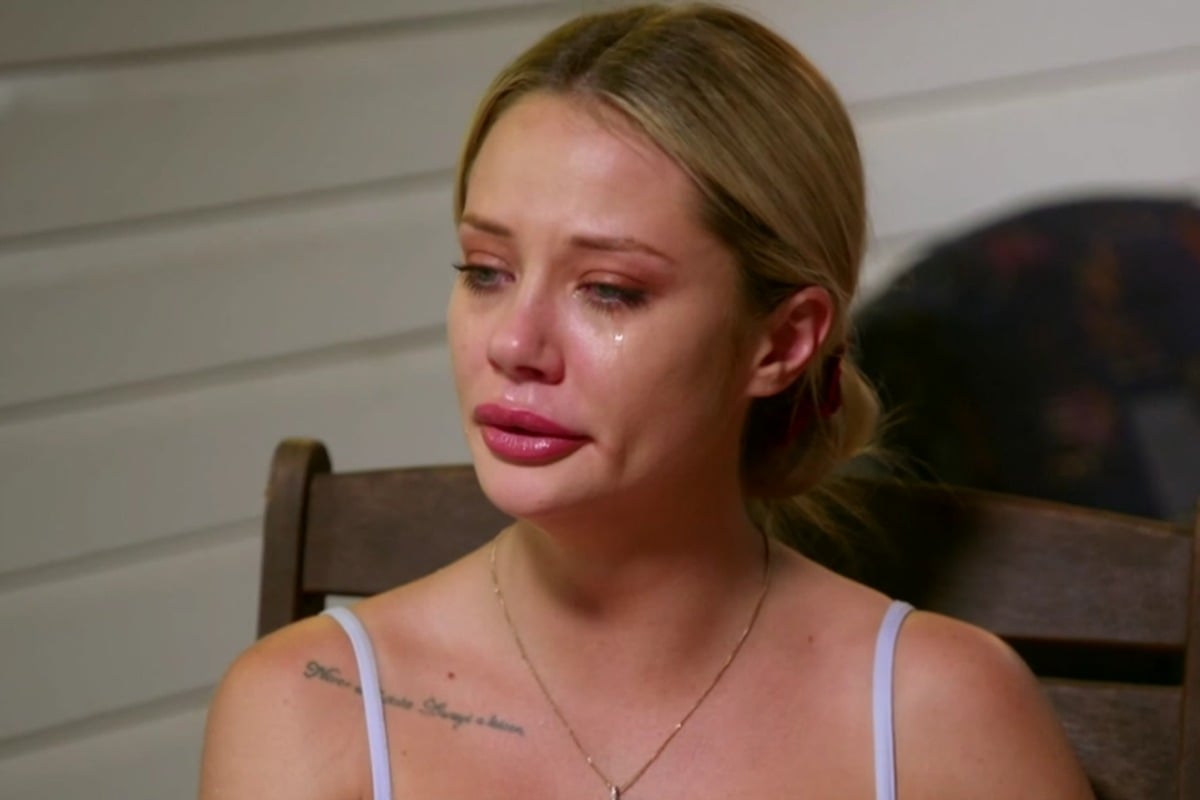 In an argument between Mick and Jessika about their wedding day, Mick threw around some harsh words about Jessika’s family and her best friend.

“Mick said that my father was a bit rude to some people at the wedding,” Jessika explained.

“He called him a drunk. He then proceeded to call my brother a ‘beep’ head. And then Mick said, ‘Oh, your sister and your best friend, they were ‘beeps’.”

But as the fight unfolded, most of us found ourselves sitting in front of the television… confused.

What, exactly, did Mick say about Jessika's family? With all the 'beeps,' it was almost impossible to make it out.

Of course, it was approximately 8.45pm. A time where it's deeply inappropriate to air footage of a man using the worst language available to describe his wife's family.

But then again, most of us were able to make out what Bronson said when he dropped the c-bomb on his wife.

After going over the footage too many times, we have a few theories about what Mick said about Jessika's family.

It's clear that he calls her brother, Rhyce Power, a "f**khead," and her dad a "drunk".

Dude you can't say that about a person's family.

On last night's episode, things proceeded to get even more awkward when Jess decided to confront Mick about his comments while visiting Mick's best man Broxy.

"Don't speak to your partner like that. It's f**king disgusting. That's disgusting. You're rank," she continued.

"I mean, look, I understand that my family, you think that they were rude, and I agree with you. I feel like a few of them were rude at the wedding. But, like, to bring it up to your wife when I've been so adamant from day one how important my family is. I can't believe you'd do that to me."

Jessika also explained that she had a really tough upbringing, and while she's allowed to make negative comments about her family - her fake husband most definitely isn't.

Speaking to the cameras after their argument, Jess ultimately said that she "hates" Mick and "wants nothing to do with him".

Here's how Australia reacted to Mick and Jessika's dramatic fight:

Excuse me guest but would you mind stepping inside so I can have a barney with my partner ...while being filmed for national television!#mafs

Jess is deluded. She has the audacity to lecture Mick about disgusting behaviour when she's the one trying to two-time him with other people's husbands just not so long ago. How despicable. #mafs

Mick will ALWAYS put his mates before his wife... that's probably the exact reason he is still single. The man is OBSESSSED with being a blokes bloke. #MAFSAustralia #MAFS #MAFSAU

Doesn’t Mick know the rules? People are allowed to say all kinds of horrible things about their own family but the second someone else says anything negative it’s HOW DARE YOU TALK ABOUT MY FAMILY THAT WAY!? - it’s common sense to know this #MAFS #MAFSAU

Mick. Mick. Even if her sister and bestie are c-words, and her brother is a dickhead and her dad is a drunk don't say it, mate. MAYTE. Restraint. Just say "they're different" or some other meaningless idiom you've got up your sleeve, you've got plenty.#MAFSAU #MAFS

Really don't agree with Mick saying what he said, but he really should have explained to Jess how her family was quiet threating towards him at the wedding #mafs

“You don’t have to pinpoint my family’s problems. Because I know”

Ok so why are you getting angry and calling mick disgusting?? #mafs #mafsau pic.twitter.com/YgWGvg7xpE

Sorry Jess is right. Don't talk about someone family. She may be a mess but family is family #MAFS #MAFSAU #mafsaus Mick

#mafs As much as I dislike Jessika, I’d be the same if someone spoke about my family in a negative way.

Tbh, even if I disliked someone, and not care about them, and they said something bad about my family, I'd be angry too. I'm the only one who can talk shit about my fam. #mafs

What do you think about what Mick said to Jessika? Let us know in the comments section.