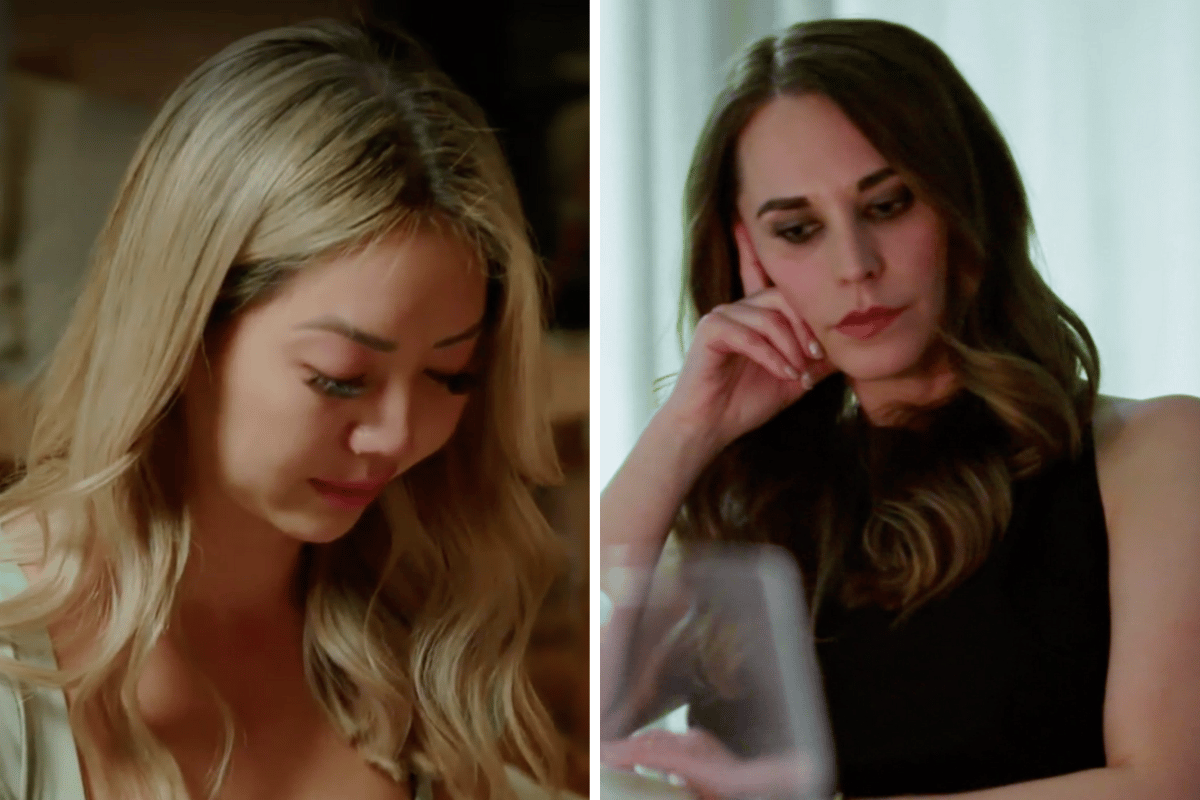 Last night on Married At First Sight, we once again saw the infamous honesty box/truth box/honeymoon box - or whatever the heck John Aiken decides to call it - in action. And just like every single season, it was painful to watch.

Not just uncomfortable. Painful. One might even say cruel.

As 'relationship expert' John Aiken said: "The box is designed to encourage total transparency between our couples. The questions are individually crafted to surface unspoken tensions and break down walls."

But rather, what the box tends to inspire is a whole lot of humiliation, the person on the receiving end of the radical honesty often left to pick up the pieces of their broken self-confidence.

Watch the preview for this season of Married At First Sight. Post continues after video.

Last night that person was Selina.

Starting the honeymoon off with a bang, Selina and her now-husband Cody received their honesty box. Cody had already admitted in a piece to camera that he wasn't feeling a spark with Selina, which is completely fine - he doesn't have to do or feel anything that isn't genuine. But how he went about it left many cringing on the couch.

Just before he delivered the news, Selina had opened up about feeling lonely since being single, as well as being vulnerable about her relationship with her family.

So, to truly take the wind out of this poor girl's sails, the final question in the honesty box was: 'Are you attracted to me?'

Selina enthusiastically told Cody she's attracted to him, but when it came to his turn to answer, he paused for what felt like forever, and said:

And the zinger: "It's like my schlong isn't co-ordinating with my head." 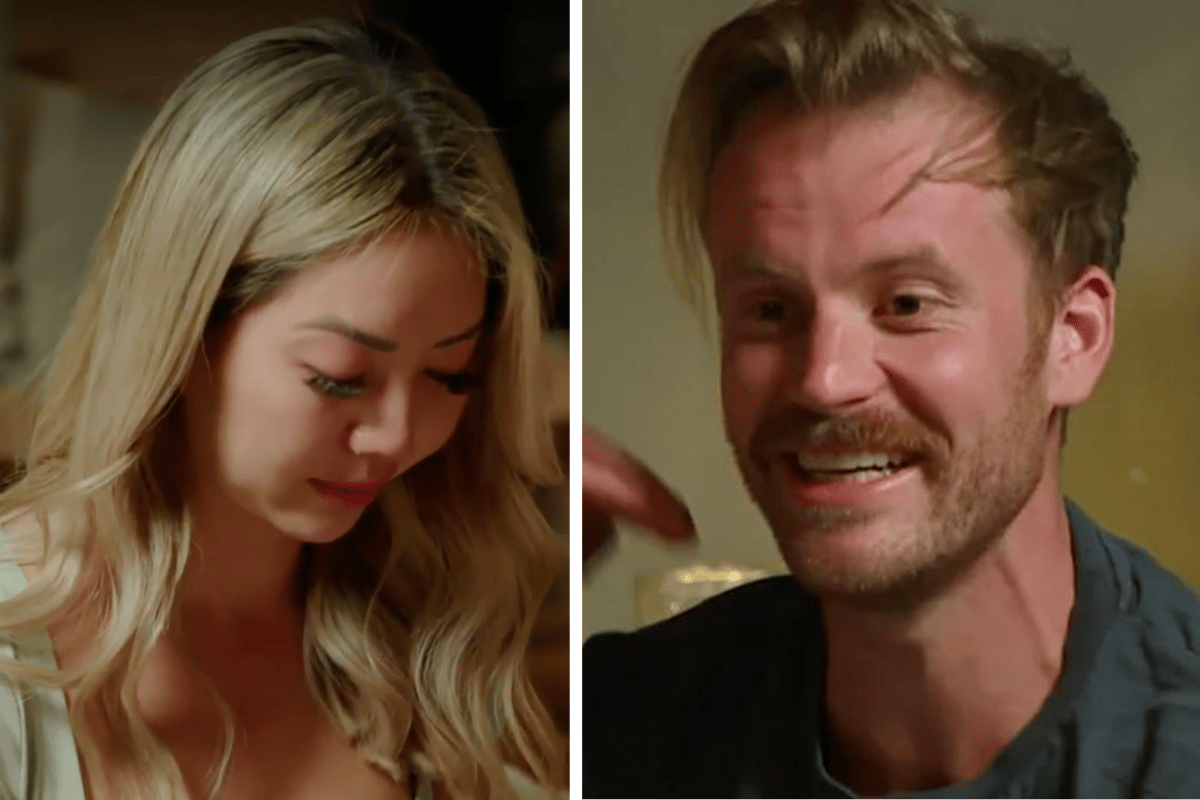 There's a way to let someone down. This probably wasn't it.

But of course Selina couldn't be the only one to experience a blow like that. Texan groom Andrew decided to lay some hard truths on his wife Holly in tonight's episode.

When asked if he feels any sexual chemistry with Holly, he said:

"I enjoy sex. I enjoy it all the time. In random places… I know I'm not bad at sex. I know I have the right equipment. I feel like when we were intimate, you weren't there. So it wasn't enjoyable to me, if I'm being completely honest with you."

Andrew continued: "I've had one-night stands where the partner was more into me than you were into me. Sex is important to me. I'm entitled to that."

And that's the moment when we watched Holly's face change and her world come crashing down. All for the sake of some light reality TV entertainment. 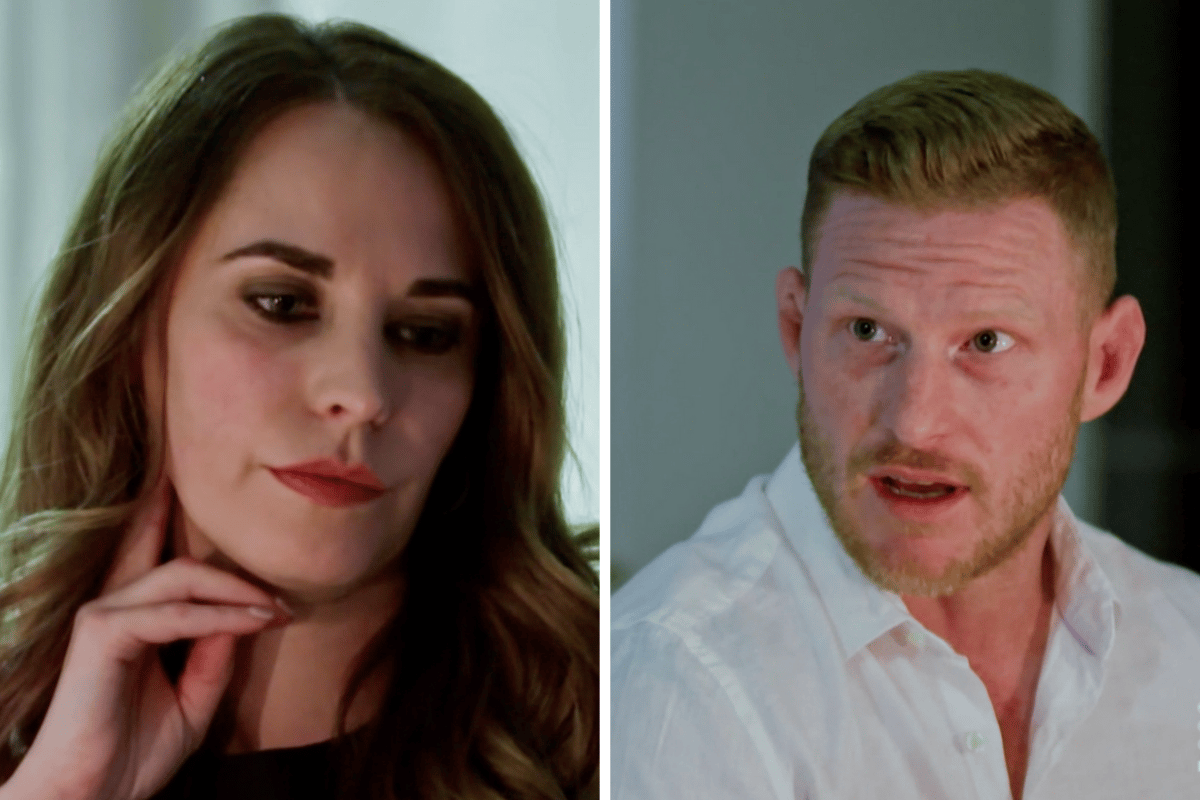 Imagine how it would feel to be Holly.

You've opened up to someone, decided to share an intimate moment with them, full well knowing there's a camera crew in the adjacent room, only to be told you're not good enough.

And it's not just the fact that your partner didn't enjoy the sex. It's how he decided to deliver the news so brutally with the understanding it would be broadcast to the entire nation.

So where are the experts now?

The truth has been delivered, the person on the receiving end of the honesty box now feeling embarrassment and shame. Where's the protection of this person's feelings?

As Aiken suggested, this exercise is supposed to "surface unspoken tensions". But now the tension has been left to bubble in the open, with no end in sight.

Frankly, it's all conflict: no resolution.

Of course, this isn't the first time the honesty box and similar challenges set by the experts have delivered brutal truths. 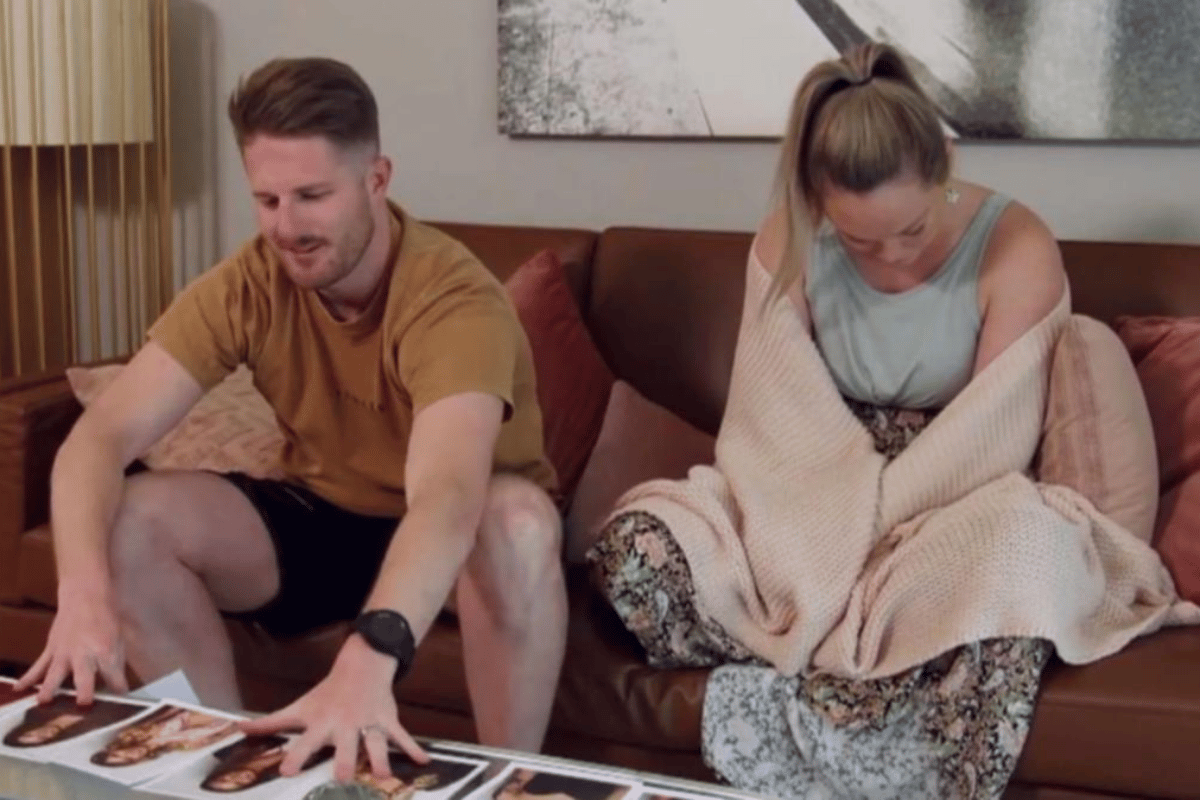 In 2021, the grooms were asked whether their wives were their "type".

So Bryce bluntly told Melissa she wasn't his type.

"I've always gone for the blonde hair, blue eyes, tan kinda girl. And usually tall. I can't say 100 per cent I'd come up to you in a bar and buy you a drink," he said.

And over the course of last year's season of the show, we witnessed an insecure woman have all her worst fears confirmed. We watched as her self-esteem was knocked down a peg, time and time again - on national television.

The next week, Bryce was asked to rank the women in the cast. He ranked Melissa as the "fourth most attractive" among the rest of the wives. 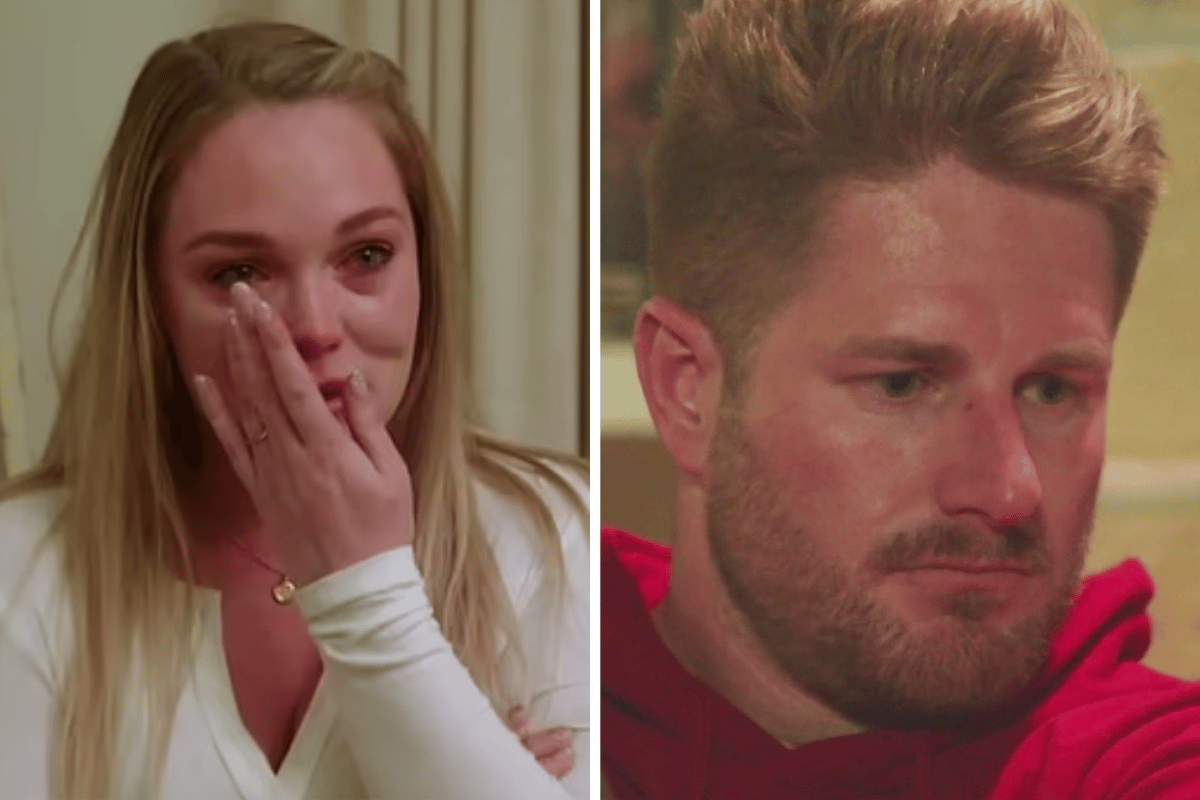 It's challenges like the honesty box that brings ratings.

It stirs controversy. It dominates the news cycle, with clicky headlines like, 'Bride is brutally rejected by groom'.

The fallout from the honesty box then feeds conversation online and in real life. But at what cost?

Listen to The Spill: The MAFS happy ending precisely no one wanted. Post continues after audio.

It generates important social conversations, often on how not to behave. But on the other hand, watching the 'relationship experts' coercing couples to so blatantly confirm one another's insecurities is pretty uncomfortable to watch.

It doesn't really serve the purpose of the 'experiment' as it once suggested. Now, anyone can see it's purely for entertainment.

Will I keep watching MAFS? Yes.

Does that make me a hypocrite? Potentially.

But the one thing I can't stop asking myself every episode is: what's the line between honesty and cruelty?

Because deep down, I think MAFS has crossed it. 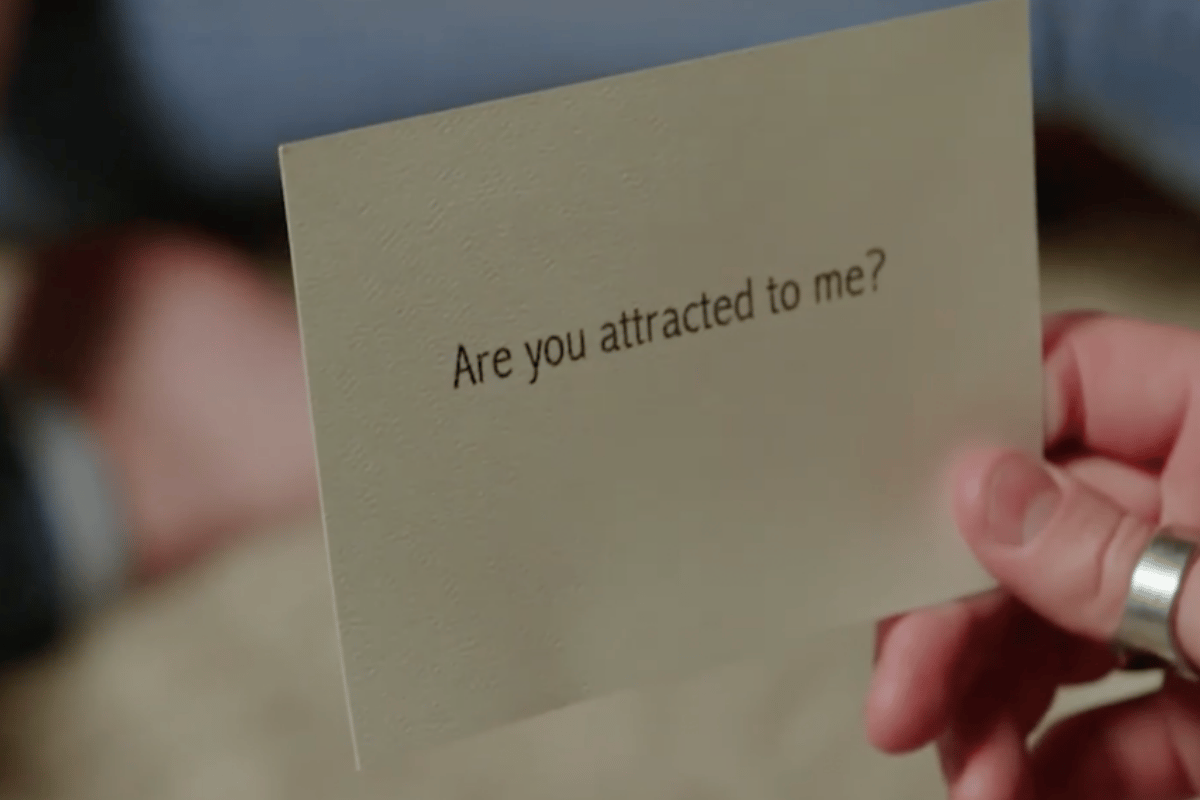 Reply
Upvote
These are  the  only thing I like on MAFS the honesty box.. every great relationship needs that honesty . No matter how much it's going to hurt the other person u need to reveal the truth u cannot lie . Especially if u don't love each other
M
mamamia-user-893622181 4 months ago

It generates important social conversations, often on how not to behave