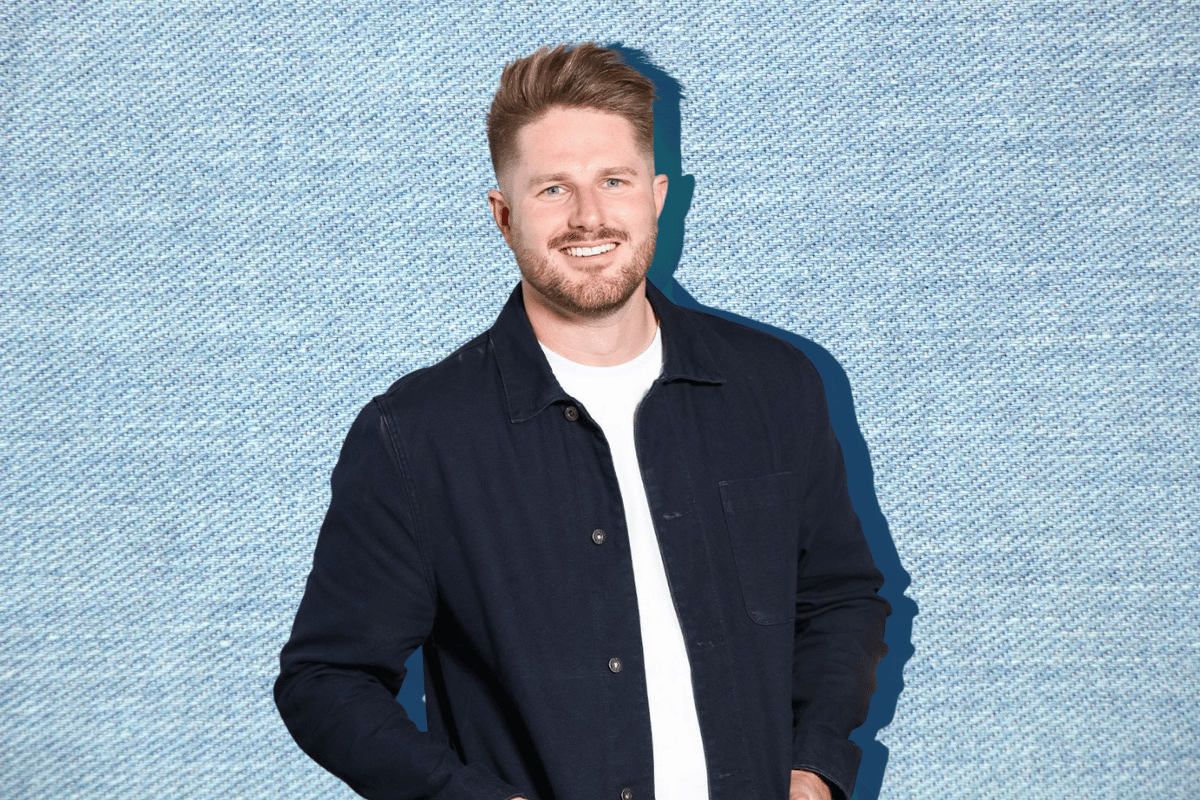 1. "Melissa got shoved to the ground." Bryce explains that viral video of him fighting at a Melbourne club.

MAFS' Bryce Ruthven has given us a rundown about what happened the night that viral video was taken of him fighting at a Melbourne club. And it turns out, there's a lot more to the story.

In case you missed it, the So Dramatic! podcast shared a video of Bryce arguing with a security guard outside Bond Nightclub on Instagram earlier this week. A woman who said she was the girlfriend of an employee working that night told host Megan Pustetto that Bryce "spit at a guard" and was "kicked out because of the fight".

However, in an interview with Hit Network’s Hughesy, Ed and Erin earlier today, Bryce claimed he "never spat on a security guard".

"Two men and two women came up and sort of just cowardly attacked us," Bryce told the hosts.

"In the beginning we thought they had no idea who we were because we were with a group of about 12 people including Liss’s parents for her sister’s birthday."

"The first thing I saw was Melissa get shoved to the ground by one of the guys then I was like ‘OK, what the hell is going on’."

Bryce went on to say that the incident resulted in Melissa’s sister and another woman having to be treated for injuries on their legs.

"I was put in a headlock or hit in the head by one of the females so I turned around and shoved her off me… In the meantime she went through a glass table, dragged Melissa’s sister through it and they both got glass through their legs. They both got operated on," he said.

"People are saying it was our fault, people are saying I spat on a security guard. I think if I did I probably would have been king hit to the ground," he said, adding there is "a police report and CCTV footage" to support what he's saying.

When asked if he will take up legal action, Bryce said, "We’re speaking to the police, I think it’s probably in our best interest that it doesn’t get any bigger than what it is."

2. "They were full-blown dating and loved each other." A friend of Bryce’s 'secret girlfriend' just shared what really happened between them.

Speaking of Bryce, a friend of his 'secret girlfriend' named Courtney, just dropped a whole lot of tea about their rumoured relationship. And you may need to sit down for this.

The friend told B105 Brisbane's Stav, Abby & Matt on Tuesday, that Bryce and Courtney not only "loved each other", but Bryce ended things with her the day before filming the final vows with MAFS wife Melissa Rawson.

"They were full-blown dating and loved each other," they told the hosts.

"He had moved to Canberra in May/June and went to film the show in September, so he would have met her just weeks after moving there."

They went on to say that Bryce was texting Courtney throughout the experiment and stayed in contact until "the last few weeks" of the show.

"Bryce ended it with her pretty much the day before last night’s [final vows] episode was filmed [in December]. He came back to Canberra, he was in a bit of a bad way because he’d had a lot of people going at him over her [during filming]. So he met up with [Courtney] and said, 'I’m going to end this'."

Let's hope we get to the bottom of this 'secret girlfriend' once and for all when the MAFS reunion airs 7:00pm on Sunday.

3. Katy Perry and Miranda Kerr just got together to chat about their “modern family”.

Miranda Kerr and Katy Perry are much closer than we all thought.

During the video, fans were surprised to see how close Kerr and Perry are, as neither women have discussed their friendship in detail before.

"I just feel so blessed to have her as part of our family and I think she’s amazing," Kerr said about Perry. "She’s obviously incredibly talented. She’s always been so supportive of me."

At one point during the video, the mums talked about when Bloom and Kerr's son Flynn stays with his dad and Perry.

"Like, it's so funny, whenever it's time for Flynn to come over to our house, Flynn will always bring these amazing, nuggets of knowledge on either skincare or food. Like, we stopped eating eggs at our house," Perry said.

They also both discussed how fulfilling motherhood is.

Perry agreed, saying: "It's the best job, it's the most fulfilling. I mean, I feel like, you know, I got the opportunity to climb every single mountain, especially career-wise, and see those views and a lot of them I was really grateful for. But there was no feeling like the feeling when I had my daughter. That was like, all the love that I was ever searching for."

4. Everyone is losing it over a photo of Jessica Simpson and her mum.

Jessica Simpson just posted a photo on Instagram and people are losing their minds.

On Wednesday, the actress shared a selfie of herself and her mum, Tina, captioning the photo: "My mom, @tinasimpsonofficial visits @todayshow for a sit down with Sheinelle Jones for her series, Through Mom’s Eyes tomorrow morning.

"She will be giving you a little glimpse into our past... the early years coming up in my career, body image, how Ashlee and I were growing up, and our current passions including running the @jessicasimpsonstyle brand together. So exciting!"

And immediately, comments started flooding in about how young Tina looks.

"Wait what... ? I thought this was Ashley," another commented.

Colton Underwood, who was the US Bachelor in 2019, has come out as gay.

In an interview with Good Morning America on Wednesday, the former NFL star, who previously appeared on The Bachelorette and Bachelor in Paradise, shared he came to terms with his sexuality earlier this year.

"I'm gay and I came to terms with that earlier this year and have been processing it, and the next step in all of this was sort of letting people know." 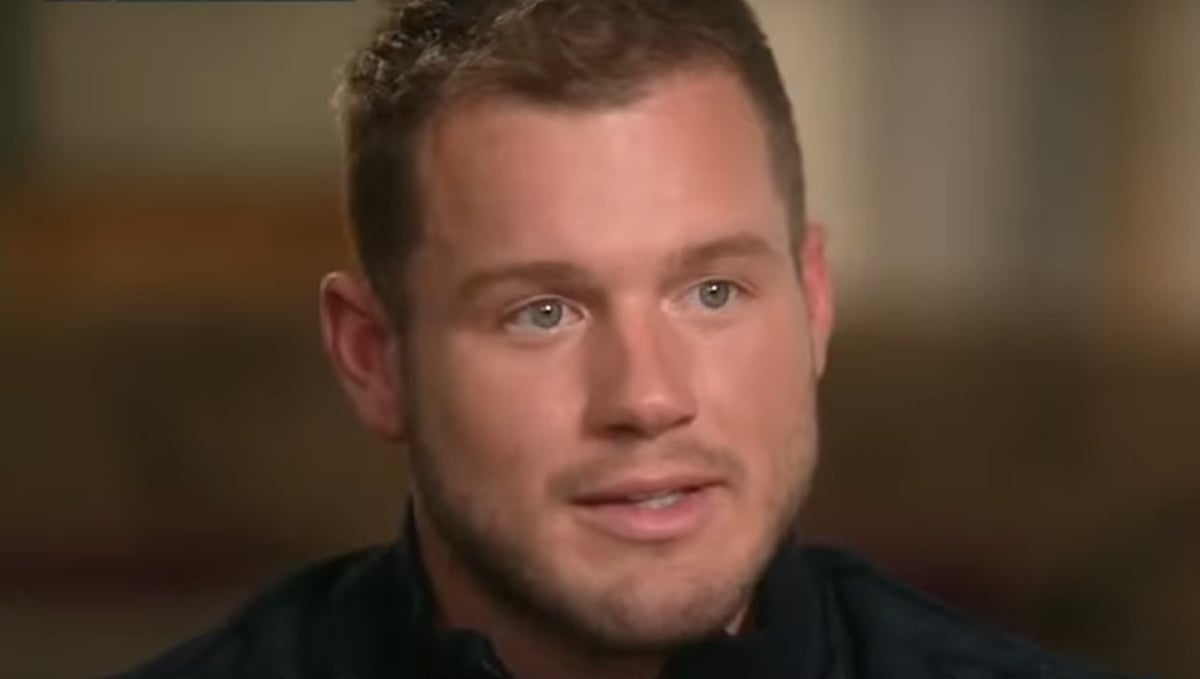 Although Underwood shared he's the "happiest and healthiest" he's ever been, the 29-year-old admitted that it hasn't been easy.

"I got into a place with my personal life that was dark and bad. I got to a place where... I would’ve rather died than say I’m gay," he shared.

"There was a moment in LA that I woke up, and I didn’t think I was going to wake up. I didn’t have the intentions of waking up. I think that for me was my wake-up call."

In the interview, Underwood shared he "just felt different" from the age of six. However, after growing up in the Catholic Church, he struggled to accept his sexuality.

"I literally remember praying to God the morning I found out I was the Bachelor and thanking him for making me straight," he continued.

For more on Colton Underwood, read our earlier article here.