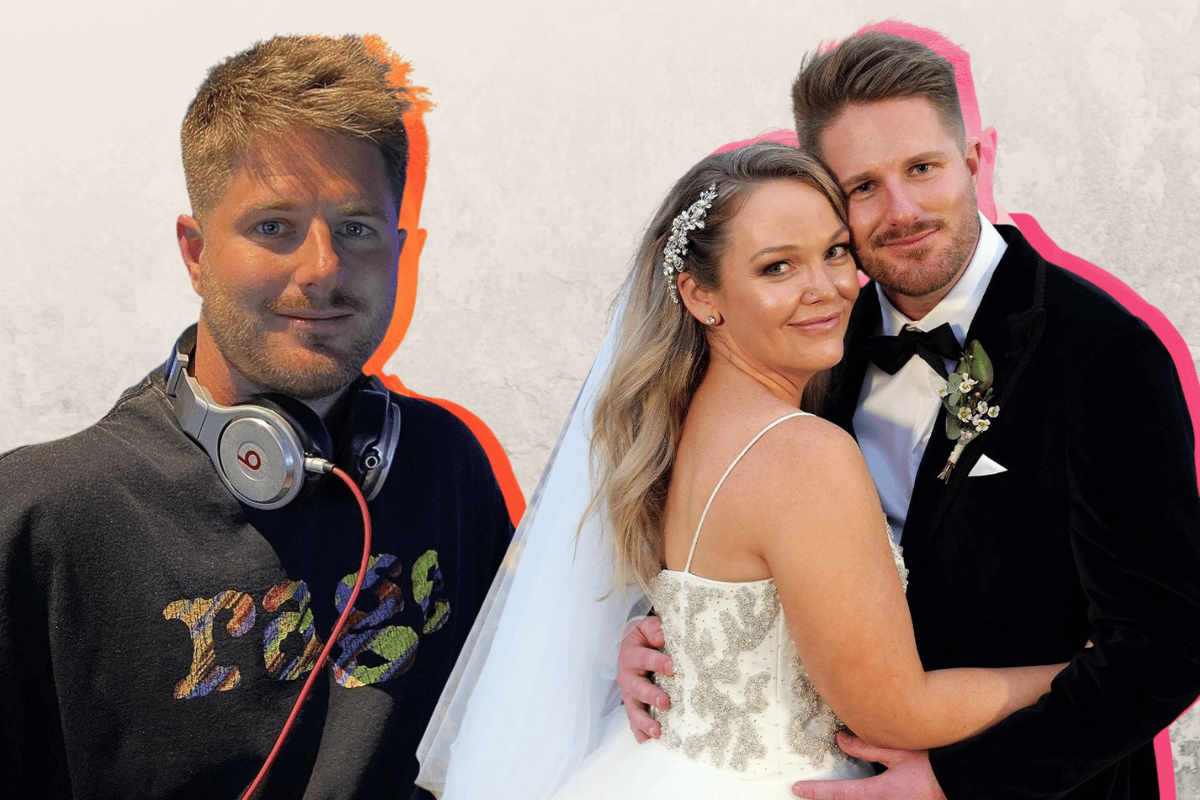 We're only one week into Married At First Sight and Bryce Ruthven hasn't exactly earnt himself the best reputation.

The 31-year-old radio announcer was one of the first grooms we watched get fake-married this season, after he was partnered up with workplace trainer Melissa Rawson.

But despite the fact that Bryce had just ended his relationship with his fiancée six months ago and Melissa hadn't been in a relationship for the last 12 years, they seemed like a pretty good match.

That was until the honeymoon.

Thanks to the helpful and not-at-all-provocative "honesty box", Melissa asked Bryce "Am I your usual type?"

To which Bryce responded, "I'll be completely honest, not 100 per cent. I've always gone for the blonde hair, blue eyes, tanned kind of girl, and someone that's, like, usually taller."

"But definitely when I first saw you, I was like... "You're not my type, but you have got blonde hair... She's not ugly!"

Watch the latest trailer for the new season of Married At First Sight. Post continues below.

Melissa - understandably upset - then asked Bryce if he was here for the right reasons, which didn't exactly go down well with him.

The pair eventually made up. But it seems the drama is far from over.

Now there's a rumour going around that Bryce had a secret girlfriend while filming the show. And honestly we can't keep up.

So, we decided to round up everything we know about Bryce, including his past relationships, his connection to former MAFS stars and all the behind-the-scenes gossip in one place.

Bryce's past relationships and ex-fiancée.

Before signing up to marry a stranger on national TV, Bryce was already engaged to be married to his ex-fiancée, Lana Bongioletti.

Speaking to TV Week, the 31-year-old explained that the relationship broke down after five years.

"In the beginning, things were great," he told the publication.

"Towards the end of it, I was keen on locking in a wedding date, talking about having kids, but we just weren't on the same page."

"I felt like I had a lot more freedom in my life and a bit of a weight off my shoulders [after the split], I was definitely a lot happier as single me for the last six months."

And it seems they might not have ended on the best terms, with Bryce casually calling his ex "the devil" during an interview with Jimmy and Nath on Hit Hobart 100.9.

When asked if he still talks to his ex and if she knew he was going to be on the show.

Bryce responded laughing "The devil?", before adding: "No, I actually reached out to her when I found out I was doing the show. I thought I’d do the common courtesy thing before someone sold a magazine article or something. It’s just one of those things."

"Obviously she’s not a fan of me doing the show. She is in a relationship now and has a new boyfriend. They’re living together and from what I’m told, they watched the show together, which is great for them. I know I wouldn’t want to watch my ex with my new girlfriend."

The host then asked about the "devil" comment and if the relationship didn't end well.

"I ended it," Bryce explained. "There's obviously a lot of things that happened behind the scenes. I just wasn't happy with her to be honest."

In another twist, a woman named Crystal called up The Kyle And Jackie O Show last week claiming she had a one-night stand with Bryce in 2017, around the time he was believed to be with his ex.

"So 2017 at the Commercial Radio Awards - you guys know what the radio awards are all about. Boozy, people get a bit excited... I had sex with Bryce from Married At First Sight," Crystal told hosts Kyle and Jackie O.

"I watched the show, and I feel really bad for his girlfriend - on the show he said they'd been together five years, and I'm like... 2017, that's within the five years."

Kyle and Jackie O then rung Bryce live on-air to find out exactly what happened.

While Bryce didn't deny the one-night stand, he claimed that his relationship with his ex was "on and off" and Krystal "shouldn't feel bad".

"Not a fiancée, then. I don't know if you can even call it [a girlfriend]," he said explaining that the pair had "multiple breaks".

"If everyone knew the true story behind what happened it would answer a lot of questions," he added.

According to Big Brother contestant and radio presenter Jason Roses, Bryce is rumoured to have a "girlfriend on the outside" of MAFS.

Speaking on The Anj, Rob & Robbo Show last week, Jason, who was a guest at Bryce and Melissa's wedding,, explained that he accidently let something slip when he thought he wasn't being filmed.

It's believed that Bryce will apparently deny the rumours until the reunion episode, when the entire cast will get to hear Jason's comments.

"What I said was now shown to the entire cast of Married At First Sight," said Jason.

"It was at the reunion, and they've basically said, 'Bryce, if you think you're telling the truth, this is what your friend had to say in secret'."

A post shared by The Anj, Rob & Robbo Show (@anjrobrobbo)

At this stage, nothing has officially been confirmed, but it sure sounds like we're in for a wild reunion this season.

Bryce's connection with past MAFS stars.

While it's his first time appearing on MAFS, Bryce is certainly no stranger to the show.

According to The Wash, the radio announcer would interview past constants on his Canberra radio station HIT 104.7FM, and would also host live chats with castmates like Michael Goonan and KC Osborne, which you can check out on his Instagram.

According to the Daily Mail, Bryce asked season five contestant Nasser Sultan for advice before going on the show.

In a text message exchange obtained by the Daily Mail, Nasser is shown texting Bryce: "You're in".

"Surely this is the end of the process?" Bryce replied.

"It should be," said Nasser.

"Mate you don't [go] that far without it. Now stop stressing, hope you get a good one," replied Nasser, before adding "now mention me on your show".

In another text, Bryce told Nasser he was "filming my back story in two to three weeks".

Nasser also told the publication that he told him not to sign up for the show.