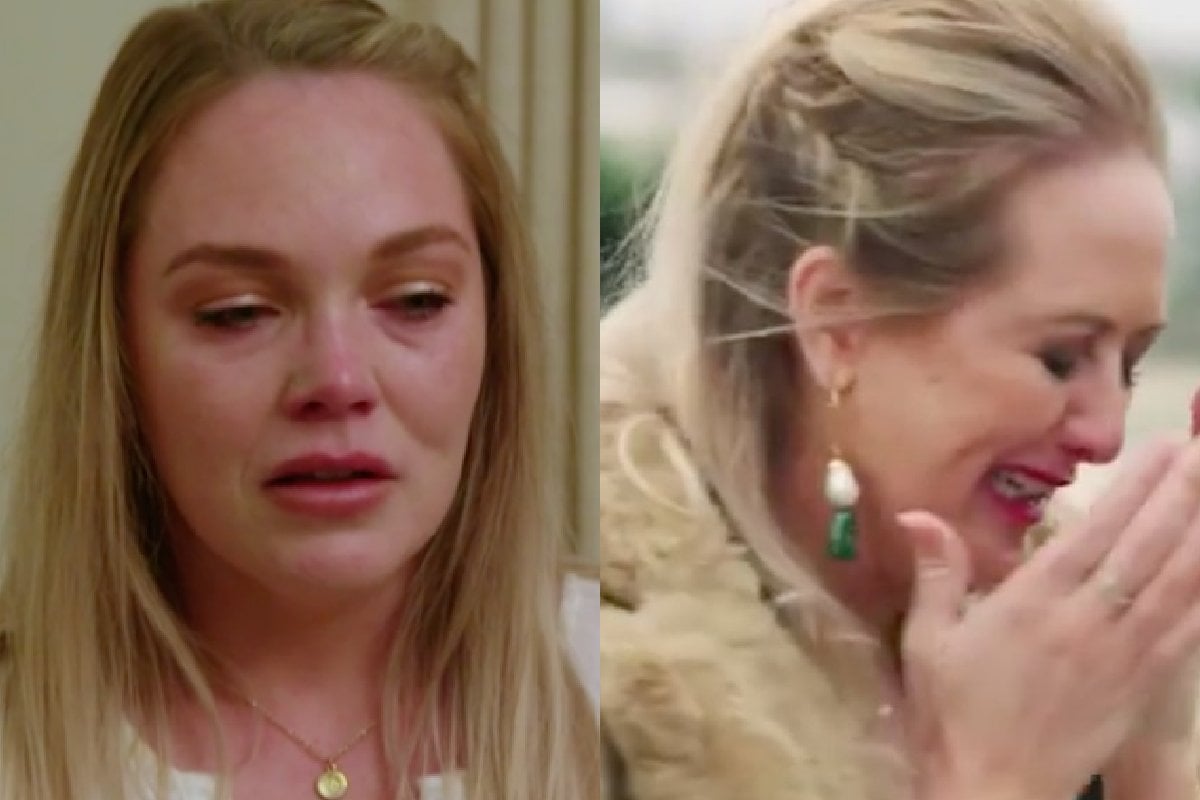 From the very first episode, this season of Married at First Sight felt different.

3. The slim possibility of maybe one pairing going the distance in real life.

What we weren't expecting was the casual cruelness this season has served up. And how that would make for such uncomfortable viewing.

In the first episode we met Melissa, a beautiful 32-year-old woman who genuinely believed she didn't deserve love. Melissa hadn't been in a relationship for 13 years and she was very self-conscious about her appearance.

The experts matched Melissa with Bryce, a radio DJ from Canberra who had broken up with his fiancée only a few months before going on the show. Bryce has been working in the entertainment industry for years, he had interviewed many of the past season contestants and he was very aware of the opportunities that can come with going on a reality TV show like MAFS.

It was clear from the beginning that Melissa and Bryce had very different reasons for going on the show and they were coming from very different places.

We then met Coco, a confident, outspoken woman who was very comfortable in her own skin. The experts matched Coco with Sam, a man who just wanted her to shut up.

Later we met Samantha, who entered a relationship with a much older man when she was 17. She was looking for an equal relationship, someone who could meet her with honesty and openness. She was matched with Cameron, a man of few words.

In the final wedding episode, we met Beth, a 39-year-old woman who wanted to find love and have a baby. Beth was matched with a man who referred to Kiwi fruit as "exotic".

The first blow came during an honesty box challenge when the guys were asked whether their wives were their "type".

"I’ve always gone for the blonde hair, blue eyes, tan kinda girl. And usually tall. I can’t say 100 per cent I’d come up to you in a bar and buy you a drink," he said.

The moment brought Melissa to tears. It confirmed all her worst fears.

"I’m an active person. I go to the gym a lot. I envisioned myself with someone who’s like-minded," Cameron explained.

"You’d be someone who I’d approach but you wouldn’t be someone I would normally date. But I came into this with an open mind."

Cameron's comments made Samantha feel like she'd had a one-night stand with the man she'd just married on national TV.

Sam told Coco she wasn't his type either, and that he usually went for women with boobs and a butt.

Just as the women had recovered from these conversations, the couples moved in together and during last night's episode they were asked to rank all the wives and husbands in order of attractiveness.

This activity immediately put them in competition with the other spouses and made the women feel like they were being compared to the very people who are supposed to provide them with support throughout this process.

This was a first for Married at First Sight, and it was a clear indicator the producers were keen to up the drama this season, regardless of the impact it could potentially have on the contestants mental health.

Bryce ranked Melissa fourth, after three women he met briefly at the dinner party. Melissa, after being left in tears by Bryce's decision, still put him in first place.

Sam also put Coco in the number four spot in his ranking, behind three virtual strangers. When Coco retaliated, putting him in her bottom four, Sam said it was "immature" and "unfair".

Over the past week, we've watched an insecure woman have all her worst fears confirmed. We've watched a 39-year-old woman cry throughout her wedding reception once she realised she'd been matched with someone purely for the entertainment of those watching from home. We've watched a confident woman have her self-esteem knocked down a peg, time and time again. We've watched a mother of two be humiliated after making herself vulnerable on national TV.

None of this serves the purpose of the "experiment". It's purely for entertainment.

If the goal of the experiment is to help the contestants work on their communication and intimacy issues so they can find lasting love, telling women they're not thin enough, not pretty enough, their boobs aren't big enough, they're too loud, isn't going to encourage them to work on themselves and open themselves up to love.

It's just going to leave them even more vulnerable than they were when they entered the experiment.

At its core, MAFS has always been about entertainment. But when that entertainment becomes cruel, it makes for very uncomfortable viewing.

And this season MAFS has traded the self-esteem and dignity of these women for easy ratings.

Reply
Upvote
1 upvotes
Maybe pages like Mamamia should stop promoting it, then.
L
lisa.livori a year ago