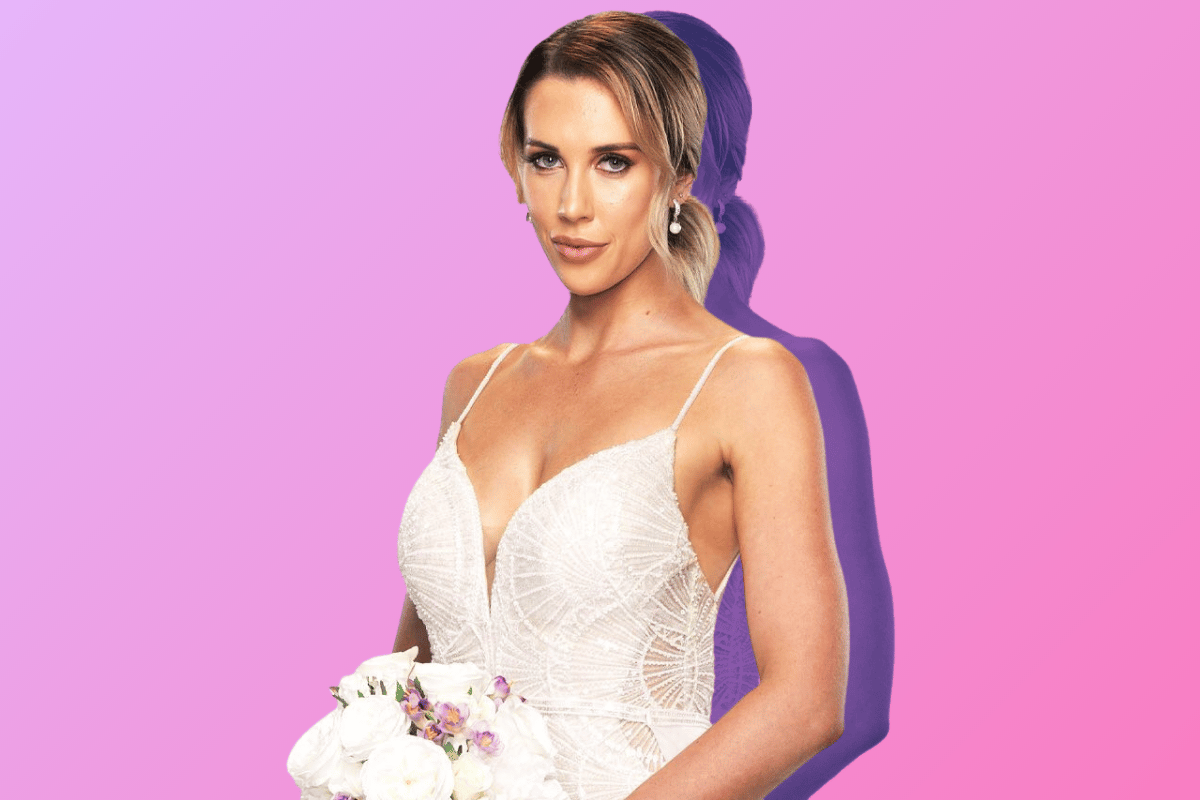 1. There's a rumour Beck leaves MAFS half way through the experiment to reunite with her ex.

In today's wild MAFS goss, it looks like Beck Zemek ends up leaving the show half way through and reunites with her ex.

According to The Wash, the 27-year-old tried to leave MAFS after she found out her dog had fallen sick back home. Producers apparently talked Beck out of it and instead allowed her to take a break from the show to fly back home to Peth before returning to the show.

Sources told the publication that while back in Peth, Beck met up with a guy she used to date. And it didn't take long for the MAFS contestants and her husband Jake Edwards to find out.

This of course caused some pretty major drama, which left Beck "pretty upset".

Screenshots obtained by The Wash also show that Beck’s Facebook relationship status changed to ‘In a Relationship’ in June, just three months before her MAFS wedding in September.

2. Jessika Power is going on a UK reality show, because MAFS is being aired there now and everyone is going bonkers over it.

Jessika Power is returning to reality TV... well, in the UK at least.

The MAFS contestant recently told the Unpopular podcast that she was close to signing a deal to appear on a top UK reality show.

While Jess didn't confirm which show she was talking about, it's rumoured that she will appear on ITV2's Celebrity Karaoke Club.

Following the success of MAFS in the UK, Jess has now signed with a manager and agency over there.

During the interview, Jess also confirmed that she won't be appearing on MTV's Ex On The Beach UK, explaining that she was previously approached but the plans later fell through.

Jess also recently told her Instagram followers that she won't be appearing on Love Island UK either, as she's currently in relationship with Filip Poznanovic.

"Can confirm I am NOT doing Love Island haha and am happy in my current relationship with my partner," she wrote in an Instagram story this week.

3. Bling Empire’s Kelly and Andrew have finally broken up after 5 years together.

Kelly and Andrew are officially done!

On Tuesday night, the Bling Empire couple shared the news on social media, explaining that after five years together, they've made the decision to "officially separate".

"Over the past five and a half years, Andrew and I have shared some incredible times together. I have a tremendous amount of respect and love for him and will always cherish the memories we made," Kelly wrote on her Instagram.

"However, we have made the difficult decision to officially separate at this point in our lives. We are both so grateful to have experienced a relationship that allowed us to grow and learn so much."

"Moving forward, Andrew and I plan to continue working on becoming the best versions of ourselves individually. We want to express our appreciation for your continued support and thank you for allowing us to share our journey. We kindly ask for you to respect our privacy during this time of transition," she added.

During the first season of the Netflix show, Kelly and Andrew's on-again-off-again relationship was a major storyline. There were fights, breakups and of course, getting back together.

So while we assume it's for real this time, we'll have to wait and see.

4. The Kardashians are starting up a… *checks notes* ....greetings card business?

This month, the final season of Keeping up with the Kardashians will air. So naturally, the entrepreneurial women have a new business venture up their sleeves to start on next.

But we'll be honest, it's an unexpected one: starting a greetings card business.

According to court documents obtained by TMZ, Kim, Kourtney, Khloe and Kris have tried to trademark the name Kardashian Kards for a potential new business.

While yes, it's a little strange, we'll probably buy it along with everyone else.

Whoever would've thought, when Piers Morgan called his friend Meghan Markle a cab to a party one fateful night, we'd end up here.

The party she attended happened to be the one where she met Prince Harry, according to ol' Piers, and led not only to the demise of his short-lived friendship with the future duchess but to... literal years of very long, very mean stories in the Daily Mail and on-screen rants.

Because Piers Morgan got ghosted by a woman, he had only met once, resulting in a very personal vendetta.

Now, it's cost him his job. 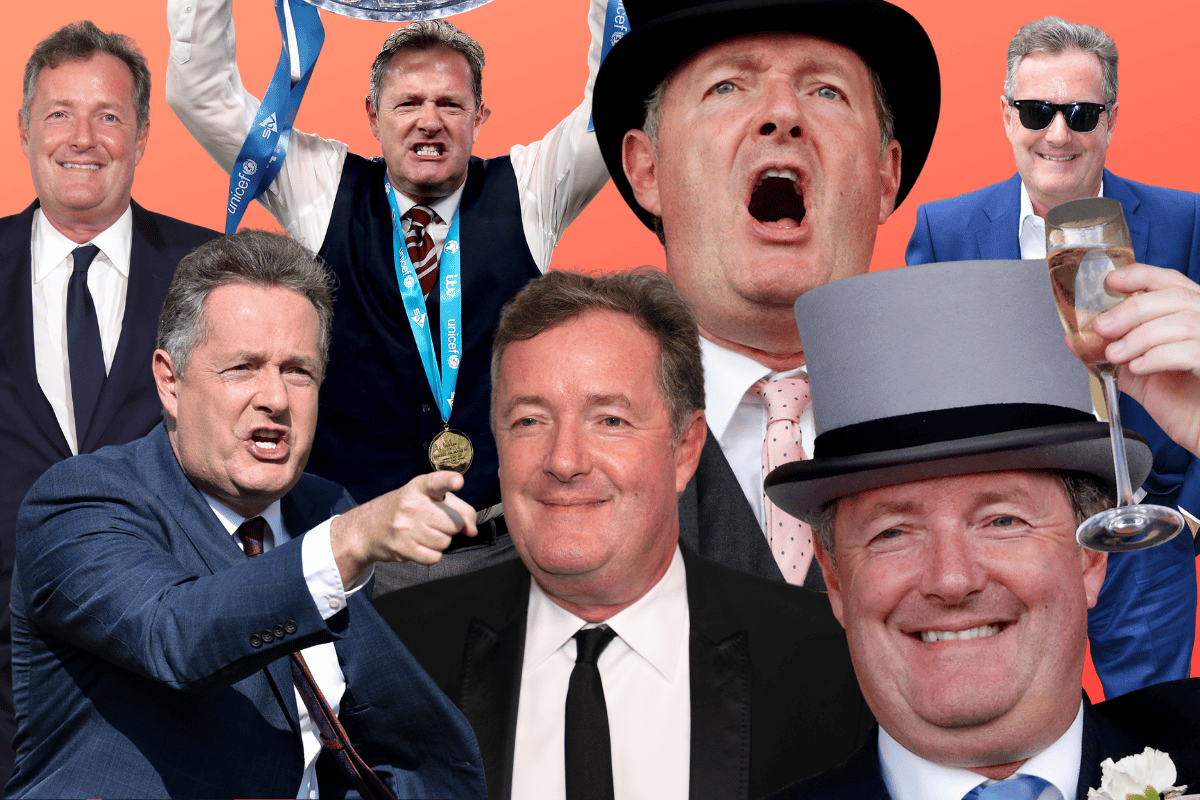 It seems Morgan has had a very... bad 24 hours. But first, some context:

As mentioned, he had met Markle back when she was just a semi-famous Suits actress in town to watch her pal Serena Williams at Wimbledon.

He explained on Ireland's The Late Late Show in 2018 how it all began when he'd followed a number of Suits stars on Twitter. Fair enough tbh, how good's Harvey Specter?

Anyway, he reckoned Markle sent him a message soon after to say thanks for the follow, and that she was a fan. They struck up a virtual friendship of sorts, and arranged to meet for a drink when she was in London.

"We had two hours in the pub, she had a couple of dirty martinis and pints - we got on brilliantly," he explained.

He has since spent the last uh, *checks calendar*, fours years criticising Markle at any opportunity because of it.

For a full recap of the last 24 hours of Piers Morgan's life, read our earlier article here.