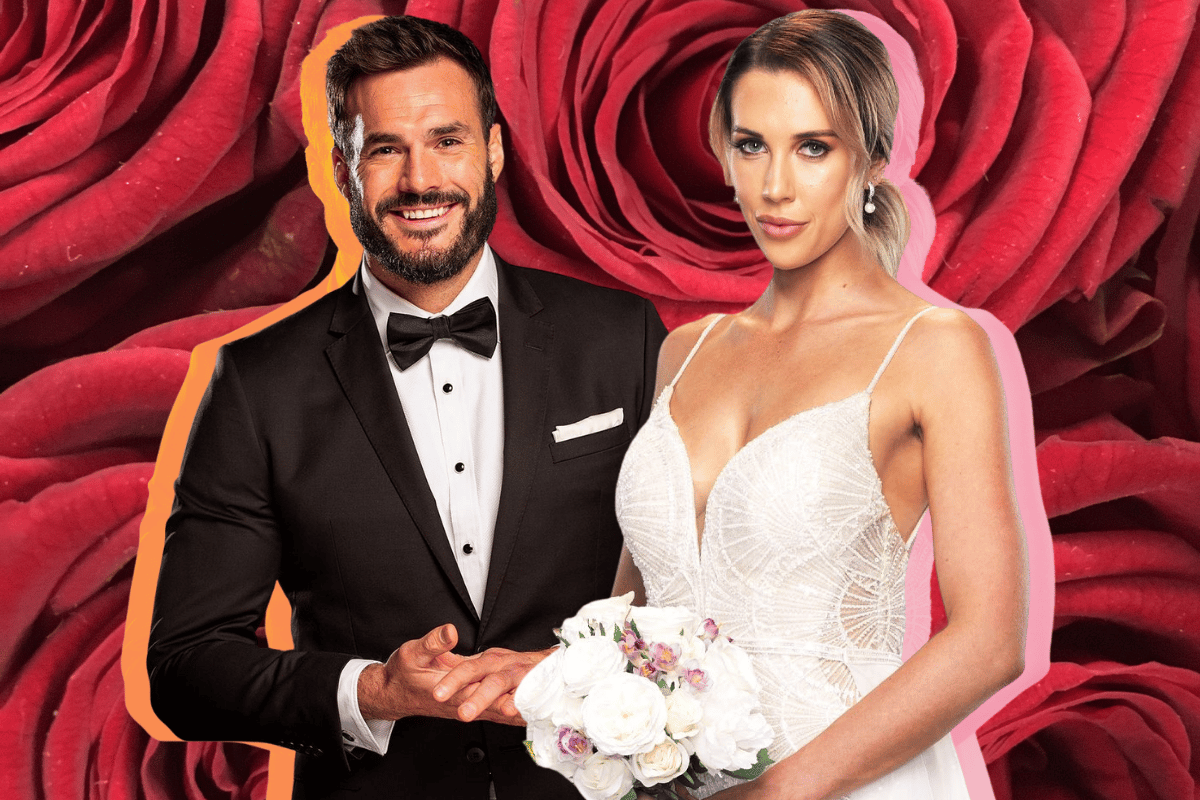 1. Oh. It looks like MAFS' Beck and Locky Gilbert dated right before he was the Bachelor.

Umm. So it turns out MAFS contestant Rebecca Zemek and The Bachelor's Locky Gilbert apparently had a little flirty flirt last year.

According to The Wash, Beck, who is now fake-married to former AFL player Jake Edwards, grew close with Locky in February last year, before he appeared on the dating show.

A source closed to the pair reportedly told the publication that while the pair didn't officially date, they were "very flirty" and had a "spark".

"As far as anyone knows, they never dated and were just good friends – but some of us think something may have happened," said the source.

"They met through mutual friends and were always very flirty together and had a bit of a spark. This was all when Locky was 99 per cent confirmed as The Bachelor but it hadn’t been announced, so he was keeping his personal life quiet in case it affected the deal. But he’d just split with [Survivor star] Brooke Jowett at this point too and was very much single."

And Locky isn't the only Bachie star Beck is supposedly close with.

According to The Wash, she's also friends with Shannon Karaka and Trent Cray, who appeared on Ellie and Becky's season of The Bachelorette last year.

While this is all just rumoured, reality stars do seem to run in very close circles.

Listen to The Spill, Mamamia's daily entertainment podcast. In this episode, co-hosts Kee Reece and Laura Brodnik chat about last night's episode of Married At First Sight. Post continues below.

2. Gogglebox’s Anastasia is engaged to a fan of the show, and this is already more romantic than MAFS.

The 56-year-old announced that she's engaged to her to boyfriend Gabriel Massoud on Instagram on Monday. And in a very romantic twist, it turns out Gabriel was a fan of the show when they met.

"And then this happened," Anastasia wrote on Instagram, alongside a photo of the couple's rings.

Of course, Anastasia's Gogglebox family were quick to congratulate her on the exciting news.

"Congratulations Anastasia and Gab on your engagement. May you both have happiness and love with each other forever," wrote her fellow Goggleboxer, Faye.

"Best news! Congratulations to you both. Bring on the Lebanese wedding baby!!! Lelellelelelele," commented Matty Fahd.

The pair met after Gabriel contacted her on Facebook as a fan of the show.

"There was always something about you, I just knew you were meant for me," he told Anastasia before asking her out on a date, according to Foxtel Magazine.

After dating for six months, the couple later moved in together in Melbourne.

Here's hoping we get to see Gabriel on the Gogglebox couch very soon.

3. Kim Kardashian is 'disappointed' she and Kanye West 'couldn't figure out how to stay married'.

After months of speculation, it was finally confirmed that yes, Kim Kardashian and Kanye West are getting a divorce. 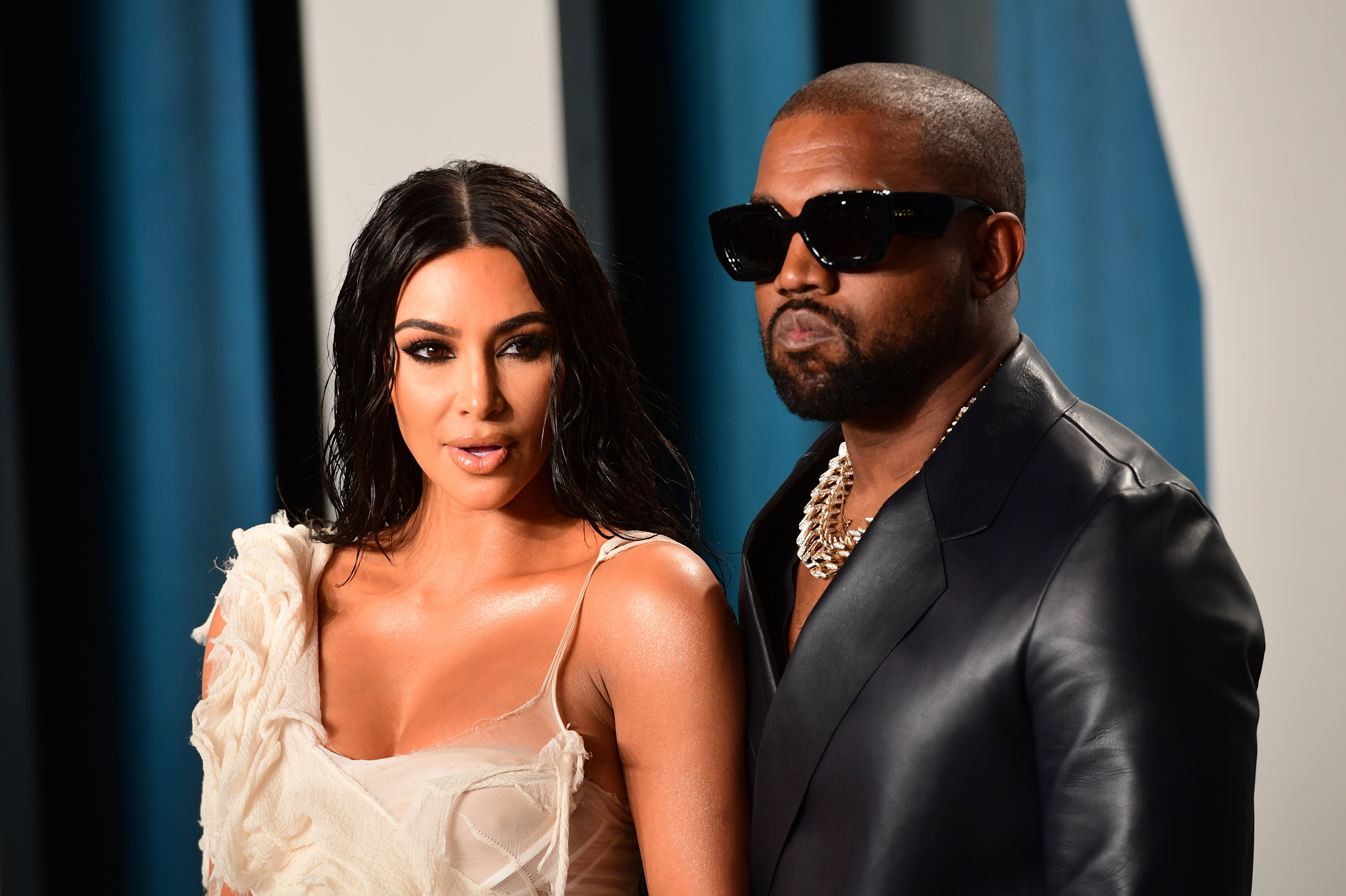 Image: Getty. On Saturday, the news was announced that Kim had filed for divorce from her husband of almost seven years. And while this comes as no surprise, it was an emotional day for Kim.

Speaking to People an inside source said, "Although Kim and Kanye have been separated for months, it was still emotional for Kim to actually file for divorce.

"She spent the weekend taking care of herself and her kids. She is spending time with her mum, sisters and hasn't been working. Everyone is supportive. Kim feels very lucky to be surrounded by her big family."

The source also added that Kim was disappointed that they couldn't sort out their issues and stay together.

"There is no drama between Kim and Kanye. Kim is mostly just disappointed that they couldn't figure out how to stay married," they told the publication.

"But it takes two people to create a happy marriage. Kim has felt Kanye is not willing to do the hard work and compromise."

4. So, turns out every bride and groom applied for other reality TV shows before landing MAFS.

A bunch of contestants on this season of Married at First Sight applied for other reality TV shows before they landed this one.

Are we surprised? Absolutely not. Do we want to know which shows they applied for? Hell yeah.

"I actually applied to be a part of Holey Moley because I love to play mini golf in my spare time," he said.

While Coco told the publication that she'd applied for Love Island Australia.

Construction worker Sam applied for Big Brother, teacher Alana applied for The Amazing Race, retail worker Beth previously applied for another season of MAFS and mother-of-three Joanne tried out for The Farmer Wants a Wife all the way back in 2007.

5. 8 of the wildest moments from Kim Kardashian and Kanye West's relationship.

Kim Kardashian and Kanye West are getting a divorce, which is a surprise to precisely no one.

We were literally told it was happening by 'sources', and if we've learned anything by now, it's that Kardashian 'sources' are really bloody onto it. We're not saying this is because the 'sources' are actually Kris in a wig, but we're also not not saying that. Kapeesh?

Anyway, the wild ride that was Kimye may be over, but we still have the memories.

Oh golly, what glorious memories they are. Remember when they showed us the inside of their house and it was actually just... empty? Remember that other time Kanye gifted Kim a hologram of her dead father for her birthday? Remember that edible still life photo?

Read more: The world's most famous marriage is officially over.

Things are bound to be different from here on out. Maybe Kim's wardrobe will revert to her 2005 Paris Hilton-chic of yesteryear. Maybe Kanye will buy some furniture.

In memoriam, here is a selection of Kimye's most Kimye moments. 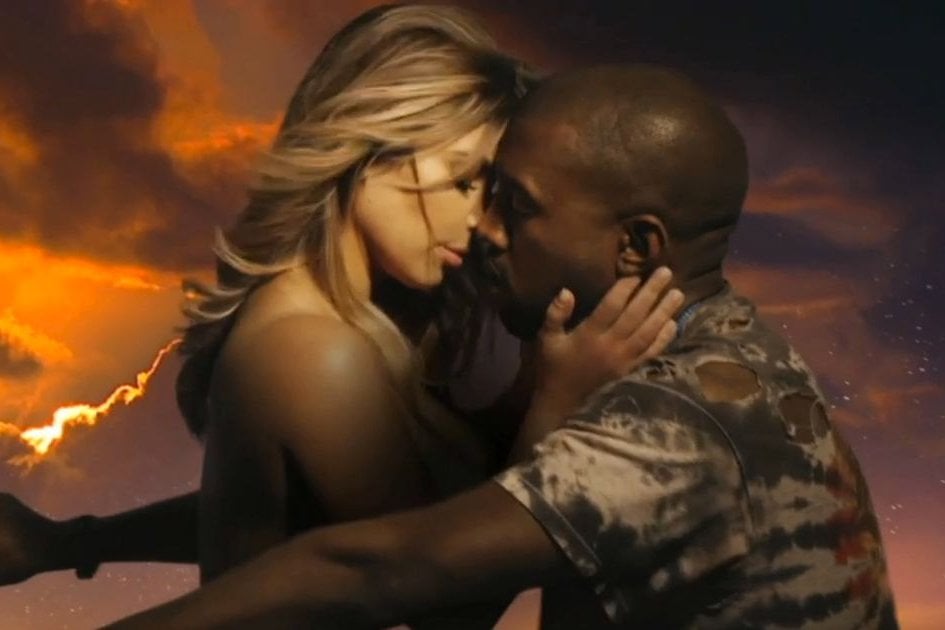 Image: Def Jam. In 2013, Kanye released his music video for single 'Bound 2', which is a banger of a track largely considered one of his best.

But... we... simply must remember the music video.

In the clip, Kanye rides a motorcycle through a bunch of pastoral landscapes with a naked Kim.

It doesn't really make any sense and the people of the internet™ slammed it as weird but also uncomfortable, but Kanye didn't care.

"I wanted to take white trash T-shirts and make it into a video. I wanted it to look as phony as possible," he told The Breakfast Club.

Yet another musical success.

For more of the wildest moments from Kim Kardashian and Kanye West's relationship, read our earlier post here.