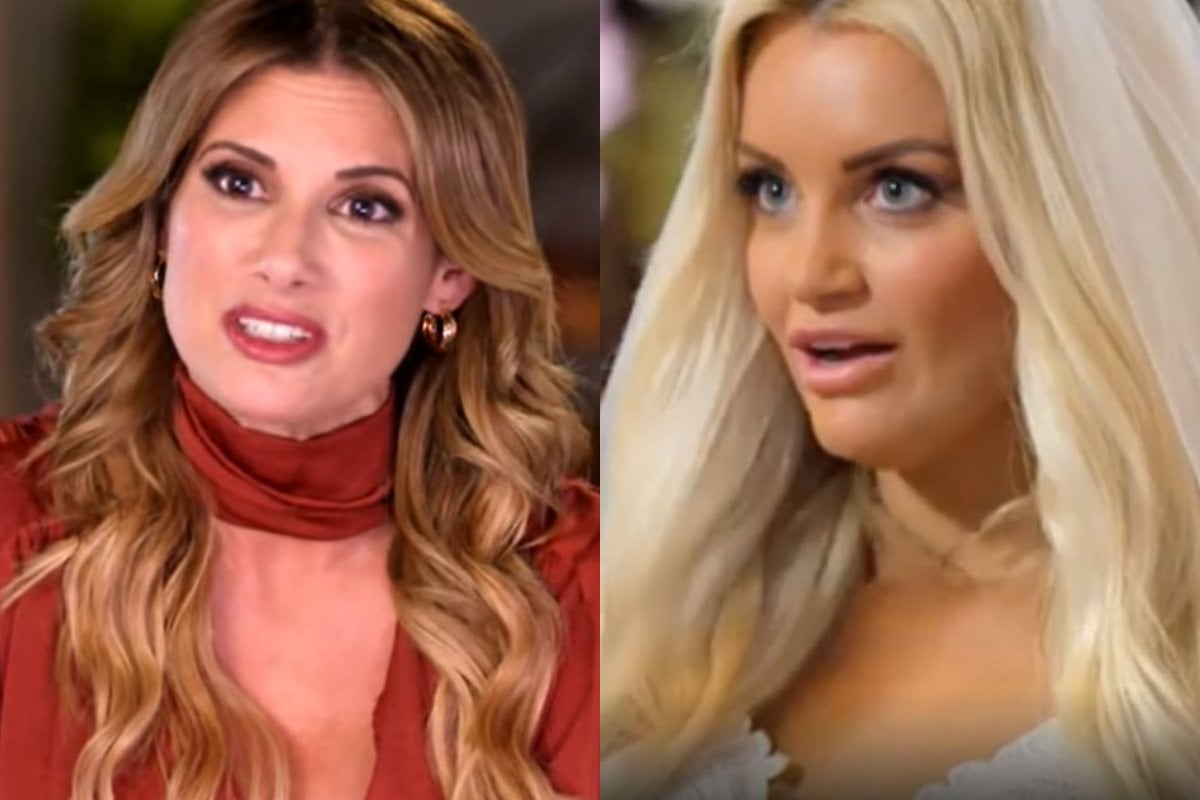 1. Oh god. MAFS has a ‘shocking twist’ that precisely no one wants to see on telly.

Buckle in folks, it looks like we're in for another wild season of Married At First Sight. Because... of course we are.

According to the Daily Mail, this season is set to feature a shocking twist. And it involves the new sexologist Alessandra Rampolla. Dun Dun Dunn.

Apparently one of the grooms ends up confessing that he's 'fallen for another woman'.

He then announces that he's 'in love' with Alessandra, which supposedly leaves his bride and the production crew "speeches".

And just to make things even more awkward (yep, it gets worse), Alessandra calls him out on it, saying that she thinks it was 'completely disrespectful'.

And yeah, she's not wrong.

Of course this is all just rumours as nothing has officially been confirmed.

But either way, we're sure we'll be in for plenty of drama when the new season airs on February 22 on Channel Nine.

2. Gigi Hadid talks about her home birth where her doula dialled in over zoom.

Gigi Hadid has shared how she gave brith to her daughter Khai at home in an inflatable bathtub, while her doula called in over zoom. And it sounds very intense.

During her March cover interview with Vogue, the 25-year-old explained that she decided on a home birth because her mum Yolanda and sister Bella wouldn't be able to accompany her to the delivery room due to COVID-19 restrictions.

She ended up delivering baby Khai with the help of a midwife, a midwife's assistant and a Zoom doula, while her partner Zayn Malik and her sister and mother were in the room.

"I know my mum and Zayn and Bella were proud of me, but at certain points I saw each of them in terror," she told the publication.

During the birth, Gigi said she "had to dig deep". "I knew it was going to be the craziest pain in my life, but you have to surrender to it and be like, ‘This is what it is’. I loved that."

In the end, she ended up delivering a healthy baby girl, who she saw for the first time in Zayn's arms.

"It didn’t even click that she was out," said Gigi. "I was so exhausted, and I looked up and he’s holding her. It was so cute."

The model later shared the exciting news on Instagram in September.

"Our girl joined us earth-side this weekend, and she’s already changed our world. So in love," she captioned the post.

3. Apparently the next Bachelor will be a 'normie', and praise be for that.

It looks like Channel 10 have finally learned their lesson, choosing an everyday man to be the Bachelor this season in substitution for their usual B-grade celebrity, and we're very happy about this decision.

Speaking to TV Tonight this week, Channel 10’s Head of Programming Daniel Monaghan shared that they have selected a Bachelor who they are "really happy" with.

"We're really happy with who has signed onto The Bachelor. Australia will be very happy with our gentleman," he said.

This year's man is, according to the network, their "most eligible bachelor yet," which Monaghan confirmed.

“It’s open to interpretation, which is why it’s such a good phrase! Maybe you can be more desirable, for whatever reason…” he said, leaving it very much ambiguous.

He also added that Australia won't recognise the Bachelor's face just yet, "but (he) thinks it is a fantastic get for the franchise".

Bachelor star, Brittany Hockley has finally opened up about her relationship with tennis pro, Jordan Thompson, and this is the announcement we'd all been waiting for.

After hinting about her relationship on the Life Uncut podcast, she shared a picture with her boyfriend on Instagram, with a whole bunch of loved-up tennis puns.

"Either way I feel like I’ve aced it and my patience over the years has served me well.

"I waited a long time to play doubles and there were a couple of lets along the way (ok one more I had to I mean do you expect anything less!?) and it was worth every single second."

Jordan shared a post of his own where he wrote: "Call me Sir Donald Bradman."

5. The 9 biggest moments from the new Britney Spears documentary.

Almost all of Britney Spears' life has been lived under a microscope.

From her time as a child star on The Mickey Mouse Club, to her pop domination, to her highly publicised personal and professional setbacks, the public know so much about the 39-year-old's career and private life.

Her mother Lynne released a tell-all memoir about Britney in 2008, at the same time her daughter's struggles played out daily in tabloid media and a court placed her under a conservatorship led by her father, James "Jamie" Spears. 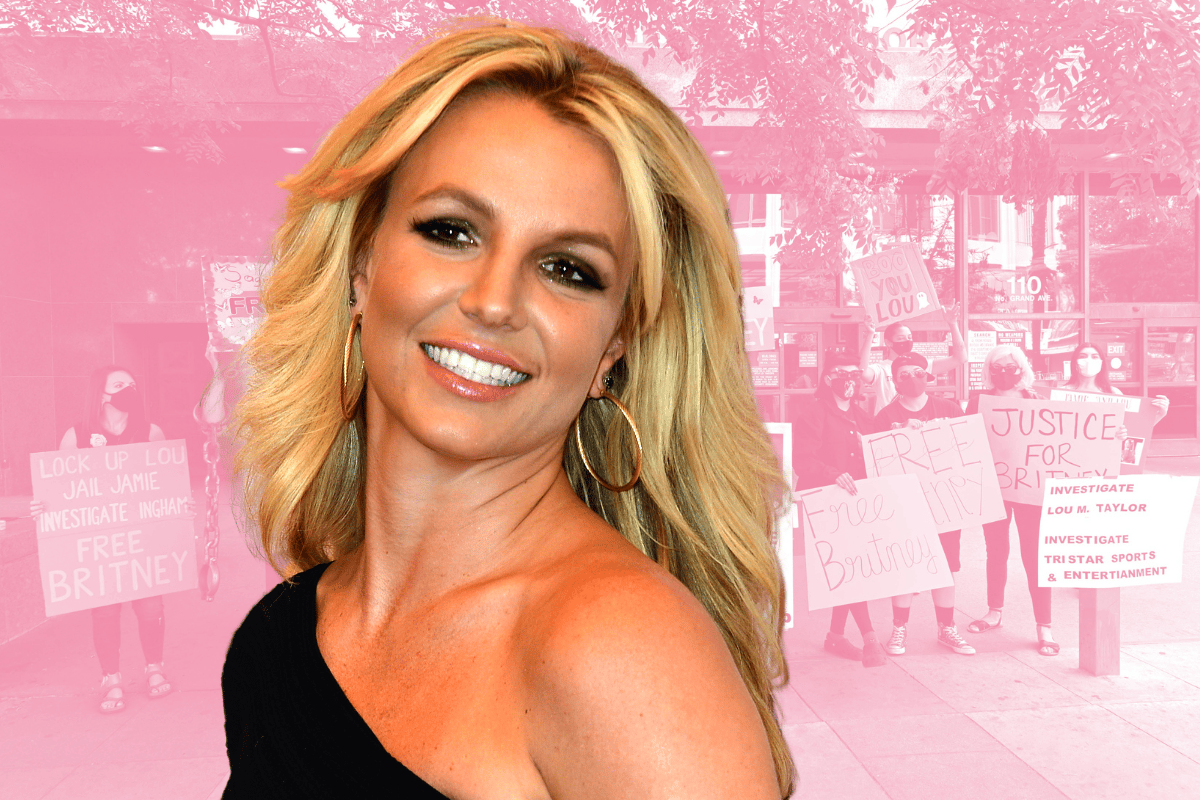 The New York Times Presents Framing Britney Spears dives into the life and career of Britney Spears, how she has been failed by other people and the belief that she is being held "captive" by her family and management.

The documentary is not yet available in Australia, but here are the biggest moments.

At the beginning of the documentary, we see footage of an incredible performance by Britney as a 10-year-old on Star Search. After she's performed, the MC, Ed McMahon, asks her is she has a boyfriend.

At other points, we see interviewers ask Britney about her "breasts" and whether she is a virgin.

During a 2003 chat that aired on ABC's Primetime Thursday, Diane Sawyer talked to Britney about "upsetting a lot of mothers in this country" for being a 'bad example'.

Britney would hit back against inappropriate questions, which is interesting to watch in contrast to the common view that she was a manufactured star without much control over her career.