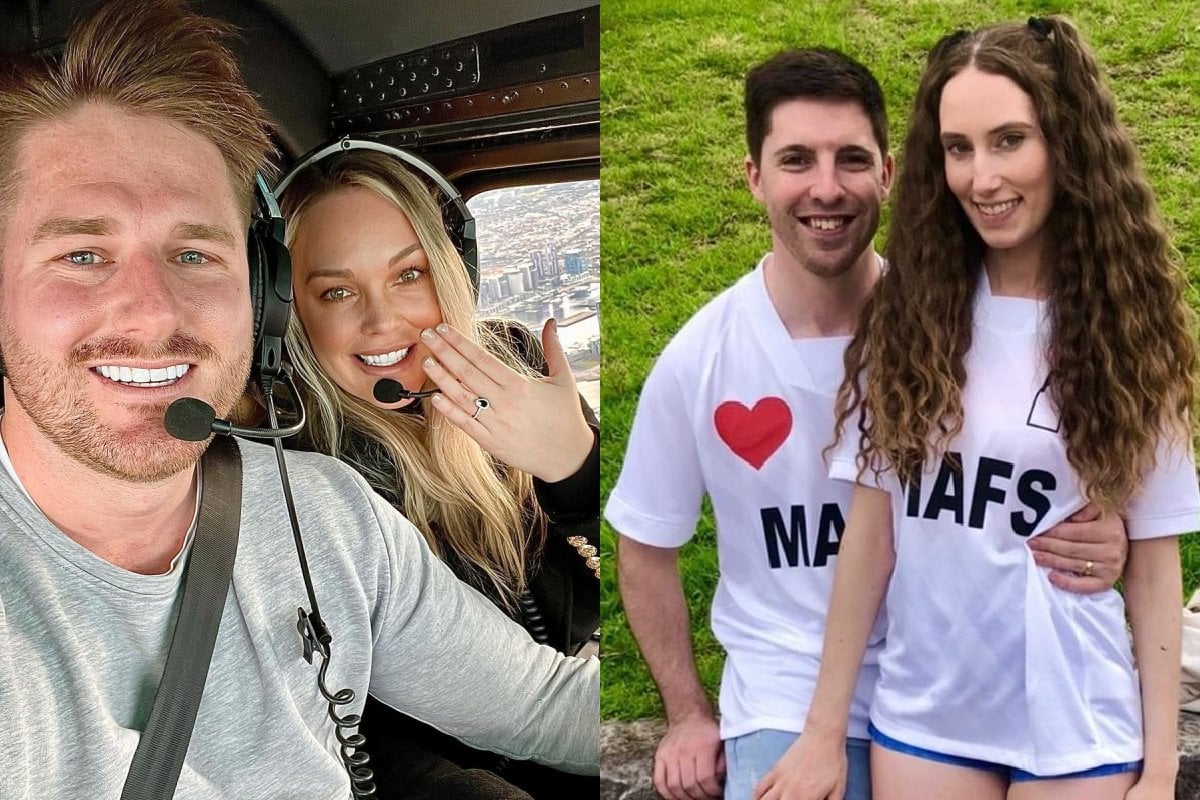 It's been three months since MAFS left our screens. And we're all probably a little better off for it.

From cheating scandals, to wine throwing and secret girlfriend drama, last season was honestly a bit of s**t show.

But while it hasn't exactly been long since the show wrapped up, there's a lot that's been going down between the contestants. And we need to fill you in ASAP.

From a recent break up to pregnancy news, here's your very important run-down of what some of your favourite contestants are doing now.

First up, let's start off with one of this season's success stories, who as of this week is sadly no more.

After a nine months of dating, Belinda has announced her split from her on-screen husband and IRL boyfriend Patrick.

"We do not want the same things in love and life," the pair wrote in a joint statement on their Instagram Stories.

Speaking to Who Entertainment, Belinda said the breakup "wasn't an easy decision".

"I hadn’t been in a relationship before I got together with Pat but if something isn’t right, I realised that it’s better to make the call to end it sooner rather than later. It’s been an incredibly difficult time though," she told the publication.

In the end, the 29-year-old said their goals for the future just didn't align.

"We tried to work through it and talk about what we could do about our differences, but it gets to a point when you realise you have to cut your losses," she shared.

"It was family goals especially and timings that we didn't align on."

In other news, you'll be glad to hear that Kerry and Johnny are still very much together.

In fact, the couple officially moved in together last month.

"Thanks for decorating our little townhouse in 'terracotta tones' (pink) with a 'hamptons feel' (looks like a beach house) to make it feel like home for me," Kerry wrote on Instagram, alongside a picture the pair.

"At least we can both agree on having a designated beer shelf in the fridge, right?!"

Bryce and Melissa surprised precisely everyone this week when they announced that they're not only engaged, but they're also expecting twins.

The couple shared the news as part of a cover shoot with New Idea.

"It's all happened very fast," Bryce told the publication.

"People saw on the show how supportive and loyal Mel was. I'm pleased to say that's transitioned to the real world."

"It's been a whirlwind, but we're so incredibly happy," Melissa added.

In photos for their interview, Melissa is seen cradling her bump while Bryce holds a sonogram of the babies, due December 2021.

Things might not have worked out between him and Georgia, but Liam has moved on with another MAFS star.

This time from MAFS New Zealand.

In an Instagram post earlier this week, Liam shared he's currently dating Samuel Levi, who appeared on the show in 2018.

"When a country boy finds a city boy," he captioned the post.

"Life works in mysterious ways and this guy came into my life when I least expected it. I know I don’t have to explain my life or what I do but I am very open and honest and wanted to let you all know."

The pair met each other earlier this year after the show and "hit it off" before becoming friends.

"Samuel has shown me what support looks like, what trust looks like, and much more. I am scared, I am nervous but most of all I am happy."

Beck got caught up in quite the drama last season when she was seen kissing someone who was very much not her husband Jake (or her brother).

But it seems the 28-year-old has left her MAFS days behind her because she's now moved on with her new boyfriend, Ben Mitchell.

The pair have kept their romance pretty private on social but Beck recently shared an Instagram photo of the pair for Ben's birthday last month.

Reply
Upvote
2 upvotes
I didn’t recognise most of them because they’ve all got new teeth.